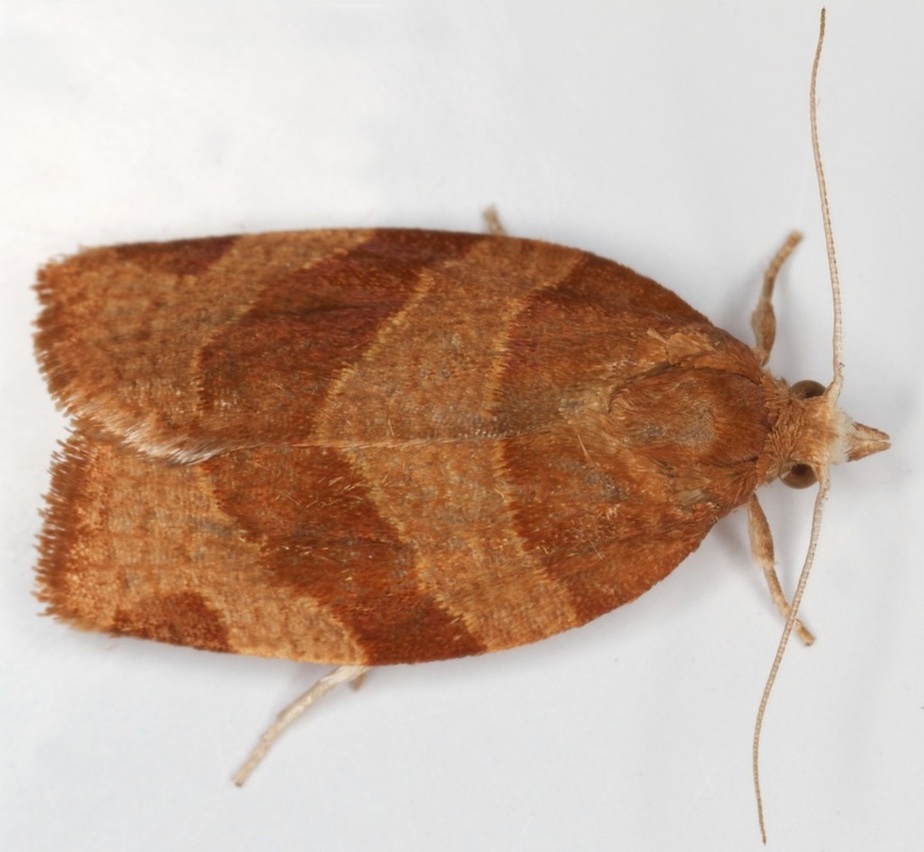 Pandemis cinnamomeana §1 male
ID: The 5 British Pandemis species are similar.
P.cinnamomea is distinguished in the male by its white frons and in the female by a reddish tinge to the hindwing apex.
P.corylana has a strongly reticulate forewing pattern, an oblique distal margin to the basal fascia and in the images I have seen the median fascia is less solid and the pre-apical spot poorly developed (though I have not seen these last features commented on elsewhere).
P.heparana has an angular projection of the proximal margin of the median fascia and usually a darker ground colour
P.cerasana has a transverse distal margin to the basal fascia.
P.dumetana usually has a distinct dark stria running from the preapical spot to the tornus, but is probably best distinguished by its pale hindwing.
Choristoneura species are also similar and they also have an oblique distal margin to the basal fascia.
Note that in the female genitalia displayed below there are 2 male cornuti presumably having got there during copulation. I have never seen this happen before. In the male there are 2 cornuti in the aedeagus, one long and robust and one slightly shorter and much narrower. Both cornuti found in the female genitalia look like the more robust cornutus, raising the likelihood that two males were involved.

Male Genitalia: All Pandemis species are illustrated in Pierce and Metcalfe and all except P.dumetana are shown at dissection group.
P.heparana is the only one of these species to show a projecting rather than notched apex to the uncus. The images at dissection group show an indented lateral margin to the valva in P.corylana and P.cinnamomeana but not in P.cerasana. Both P.corylana and P.cerasana show a narrowing at the base of the uncus; this narrowing appears to occur to a greater extent in P.cinnamomeana than in P.corylana (narrowest part of base: broadest part of apex 4:6 vs 5:6). Both species have 2 long cornuti in the aedeagus, one robust and one narrow; it looks like the narrower cornutus is much narrower in P.cinnamomeana than in P.corylana (but this needs confirmation). From the description in Pierce and Metcalfe it is possible that P.dumetana can be distinguished by the apex of the sacculus projecting slightly from the margin of the valva. 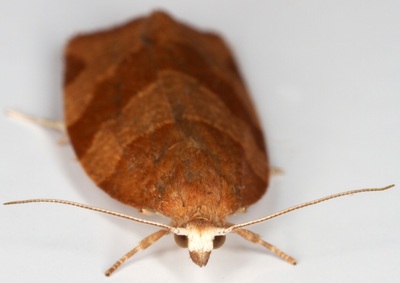 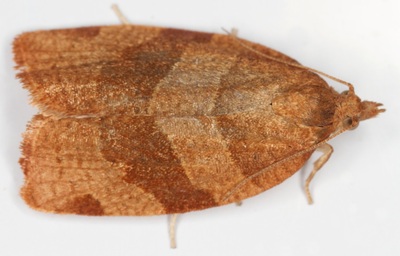 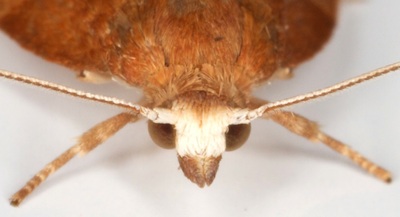 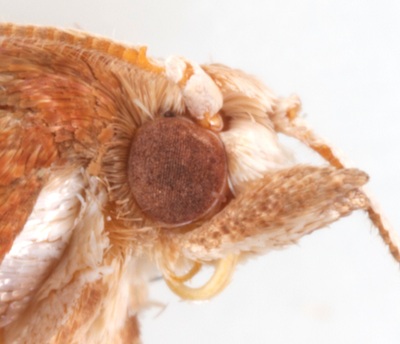 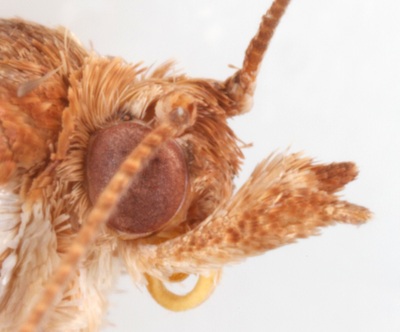 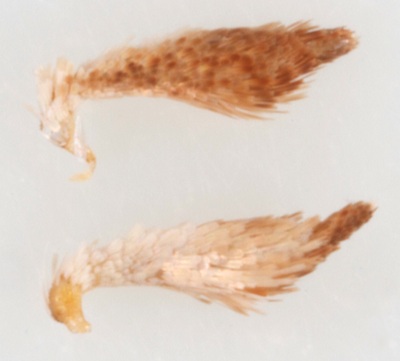 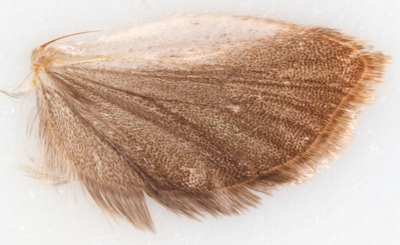 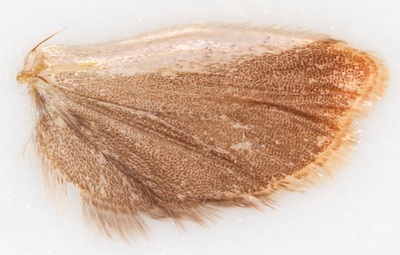 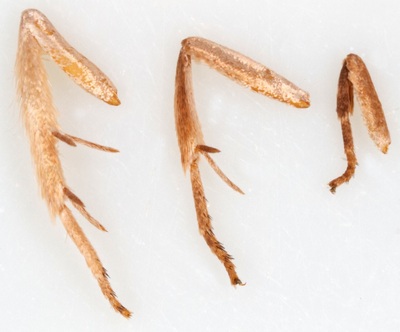 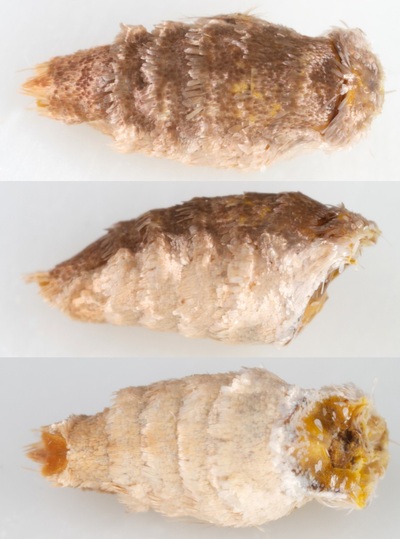 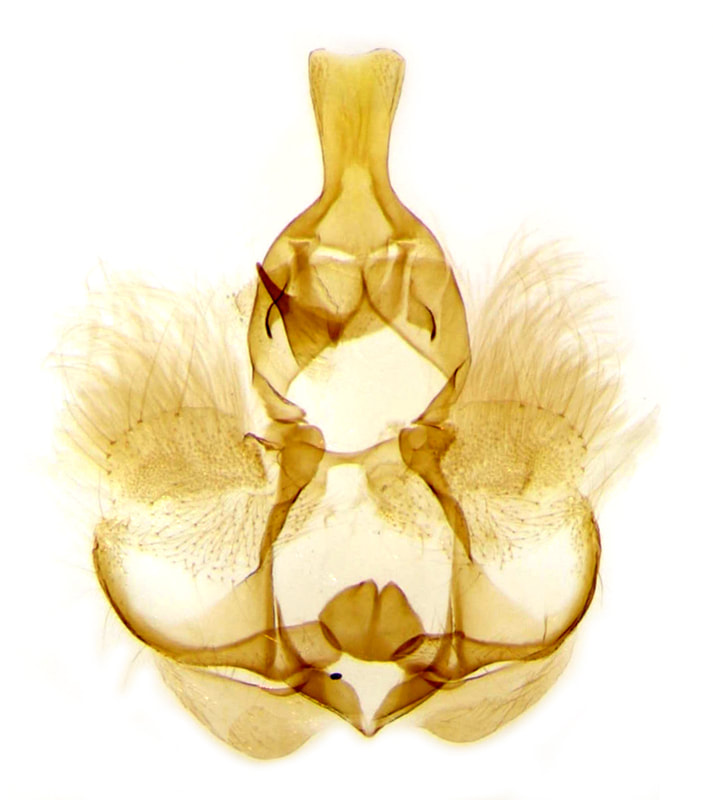 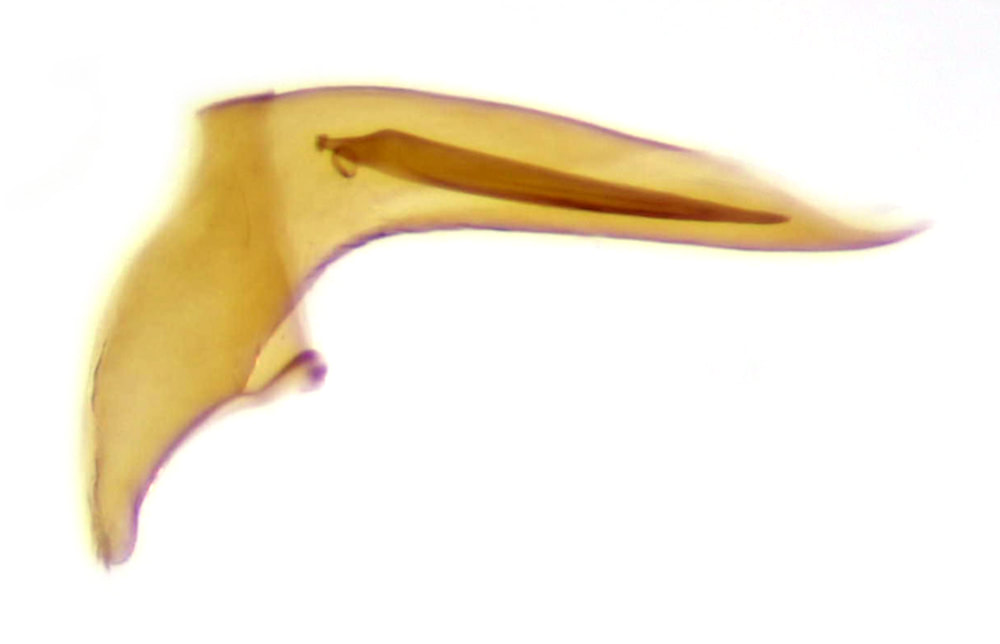 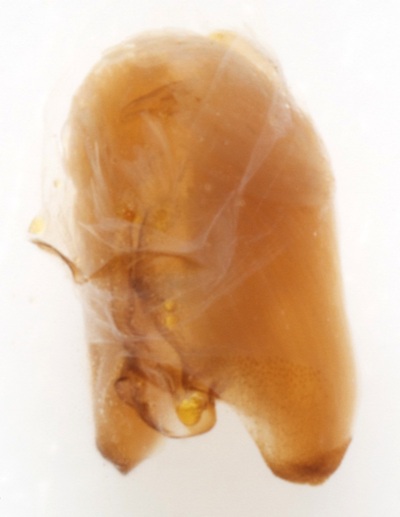 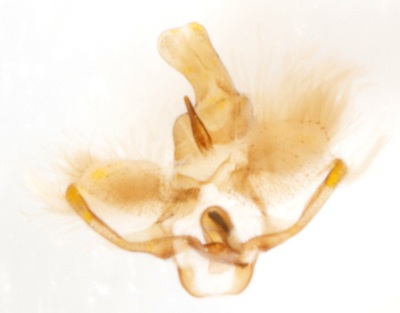 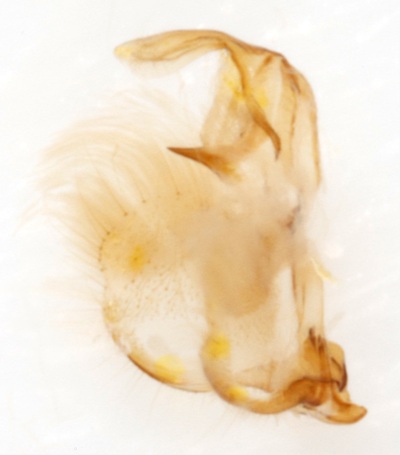 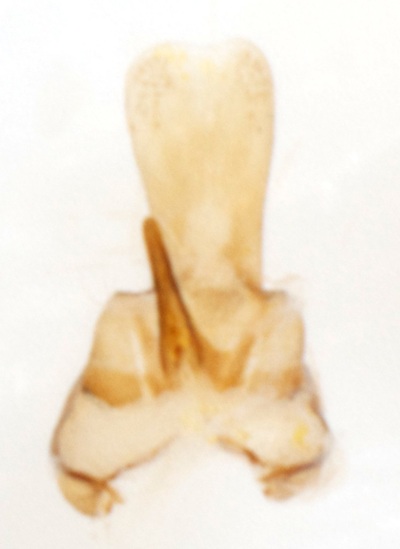 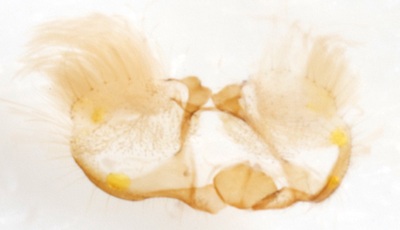 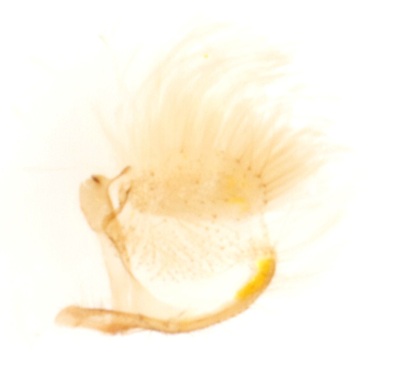 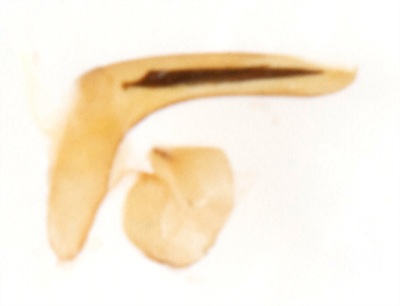 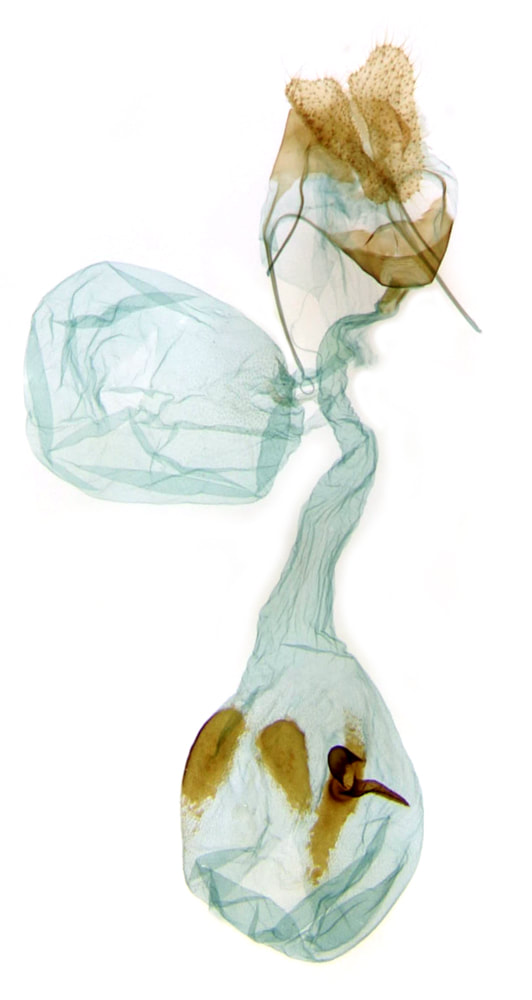 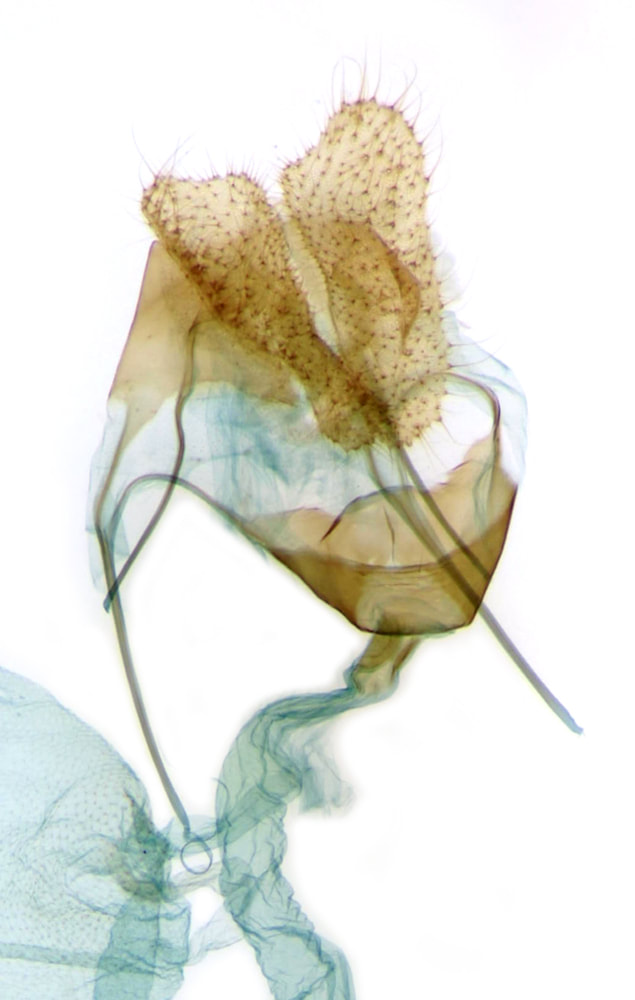 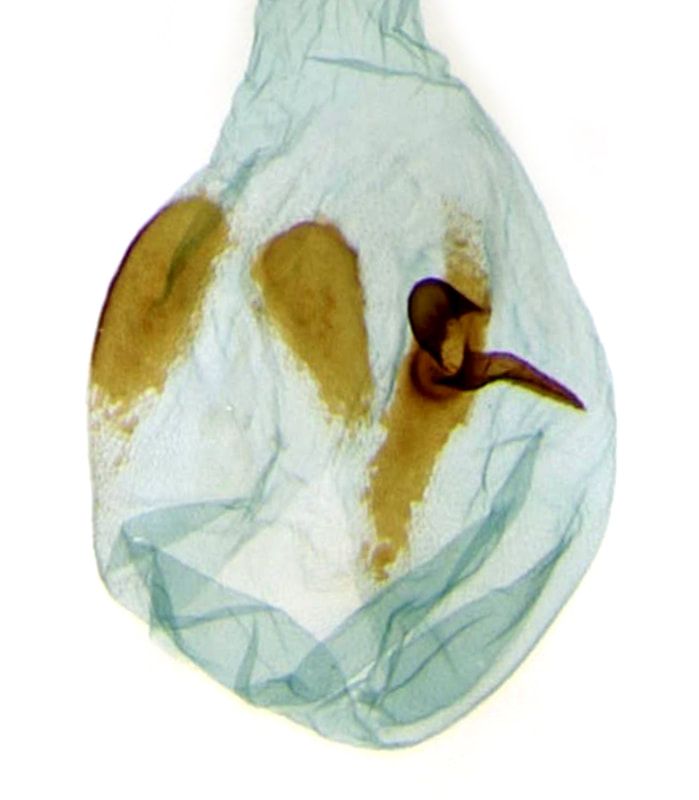 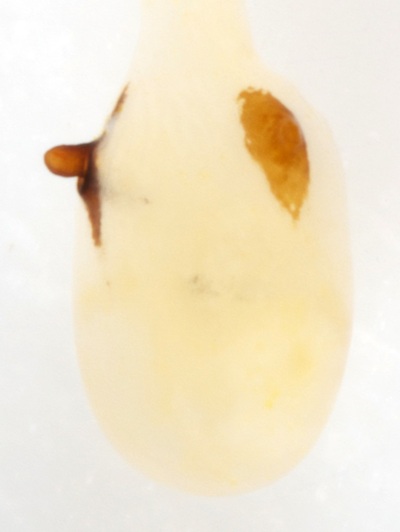 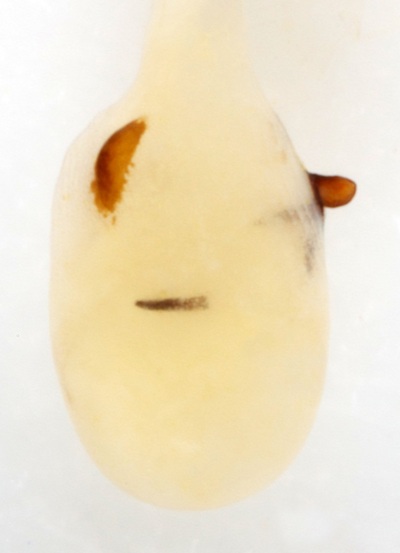 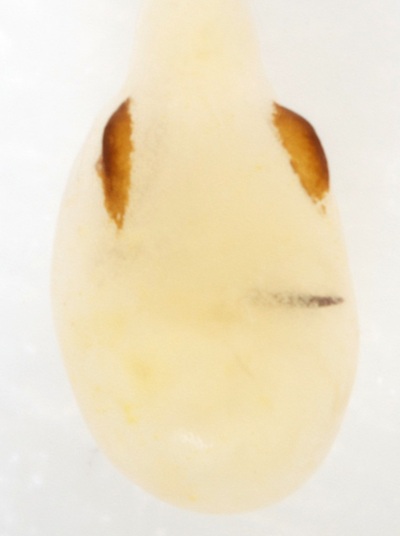 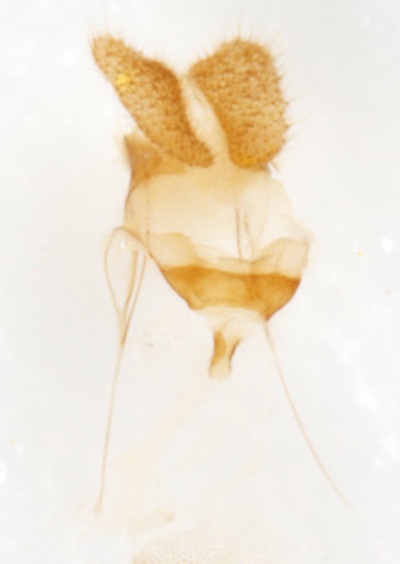 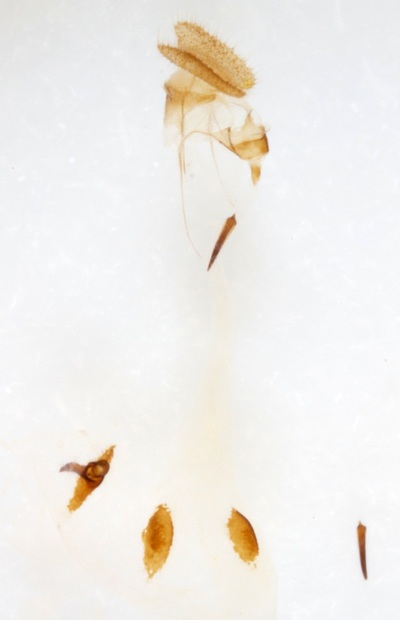 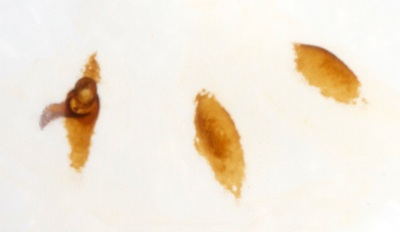 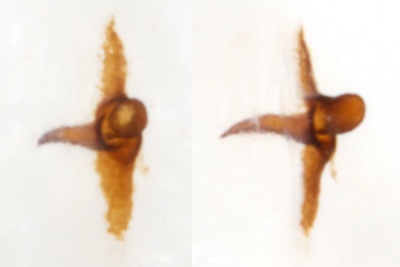