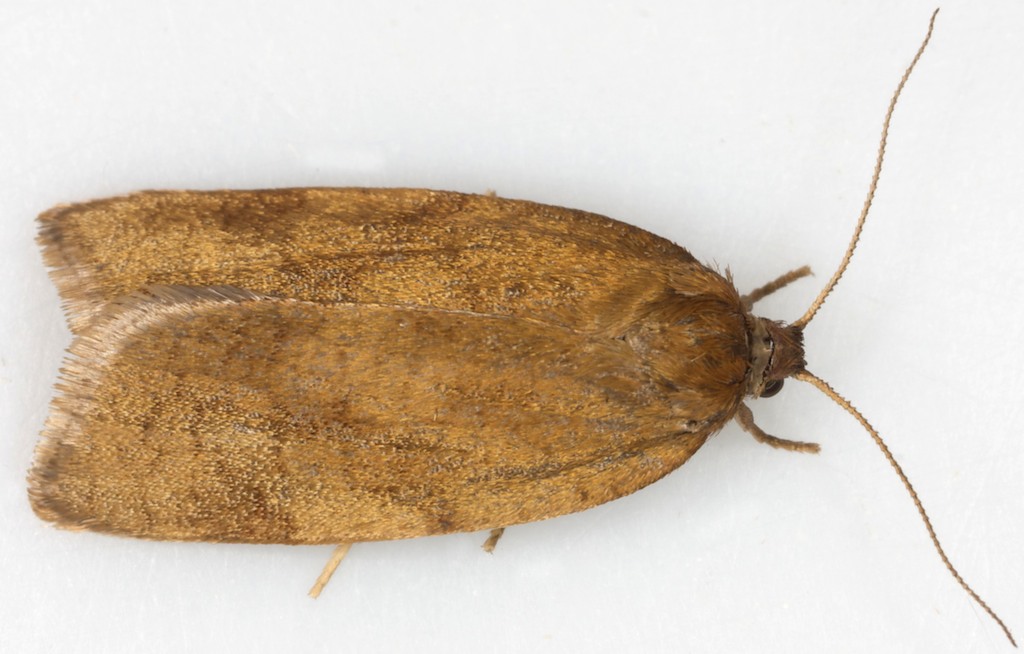 Aphelia viburnana §3 male
ID: Female has a sinuate costa and more produced apex than the male. Forewing varies from grey-brown through olive-brown to red-brown. May be unicolorous or show some markings. Pale unicolorous forms are similar to A.paleana. Males are readily distinguished by examining the uncus, which is deeply notched at the apex in A.viburnana and broadly rounded in A.paleana.
Female genitalia: Of the three Aphelia species only A.paleana (Timothy Tortrix) is shown at Dissection group; all are illustrated by Pierce and Metcalfe. Described by P&M as "ovipositor specialised not flattened. Ostium narrow, at either side is a deep triangular sac; ductus bursae long; signa very small, double pointed". §4 from which the female genital images were obtained was a very worn specimen that I suspected to be this genus - if that suspicion is correct then the species is correct as the signum of A.paleana is a long thorn and that of A.unitana is a modrate thorn. Certainly §4 shows an elaborate ostium and the signum is small; however I would describe it as ridged along its convex margin rather than double pointed.
<
> 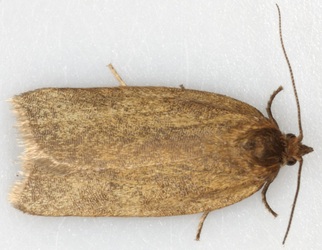 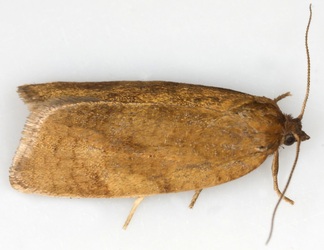 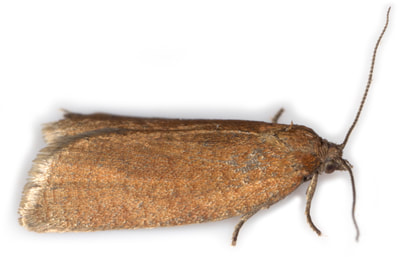 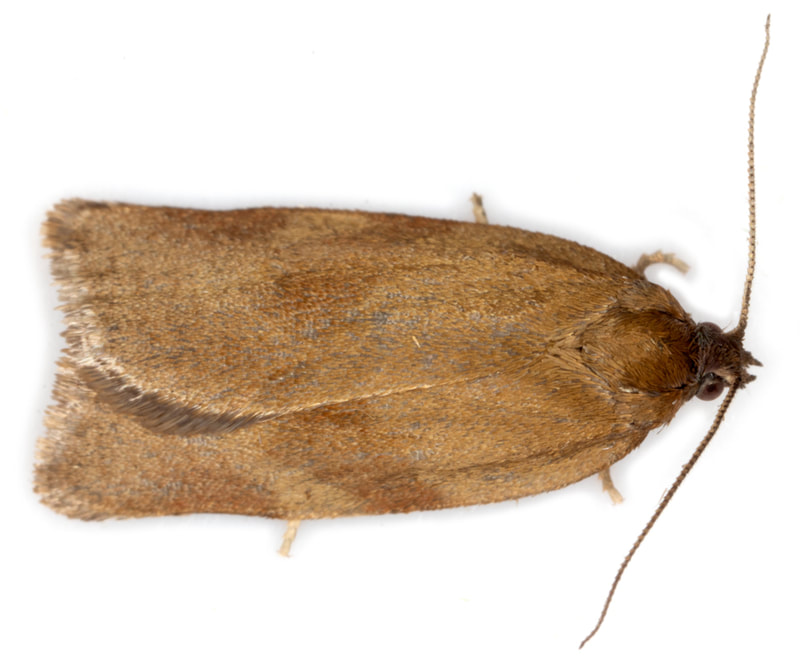 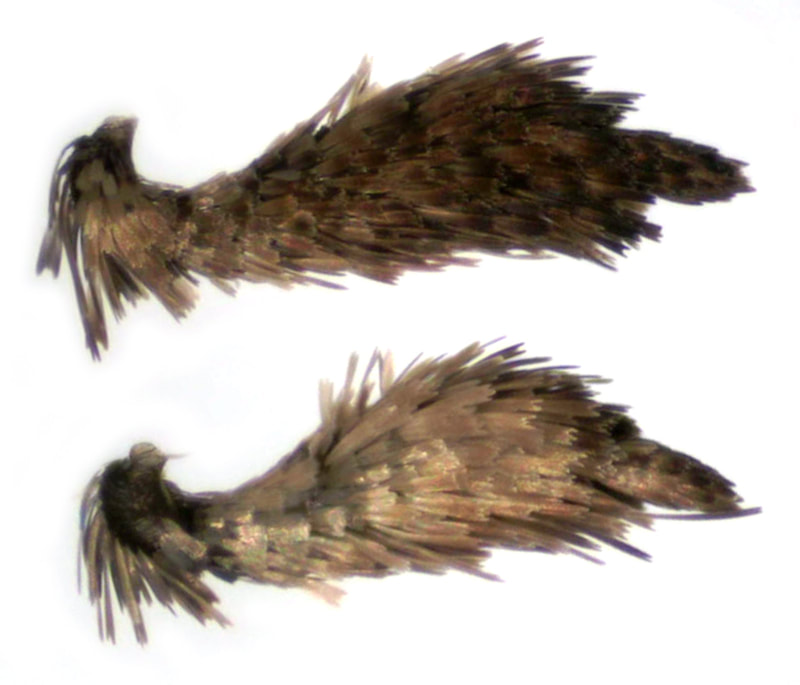 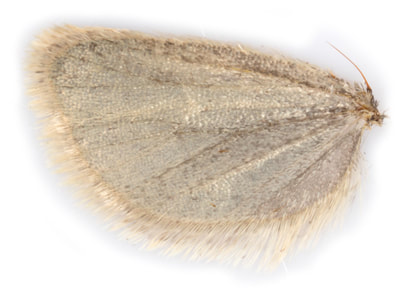 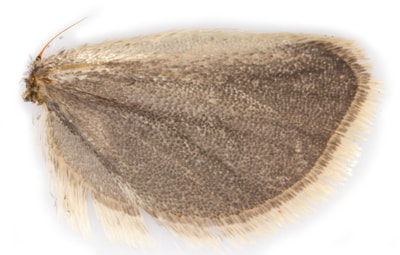 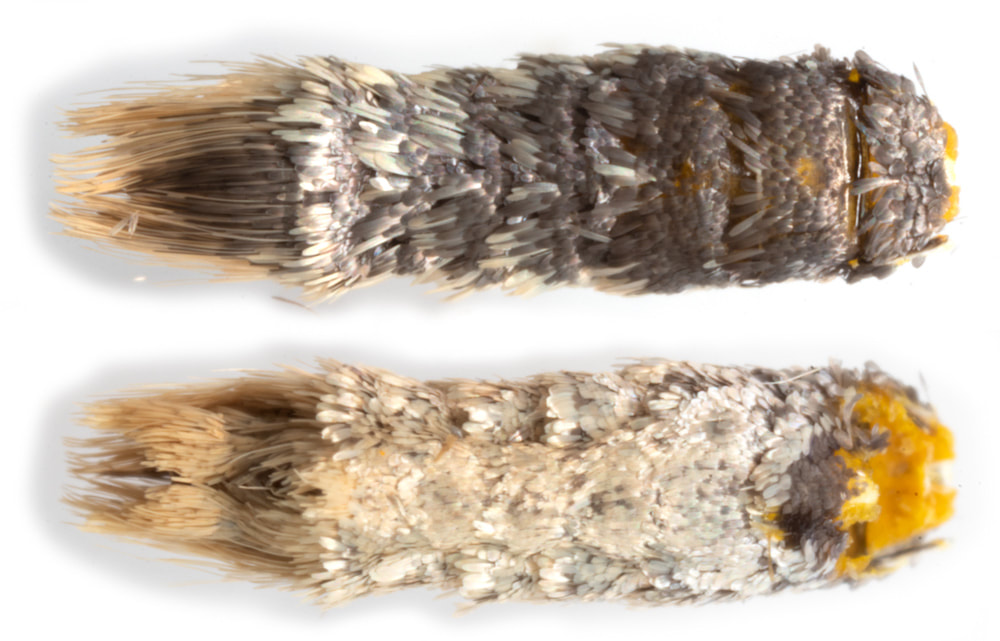 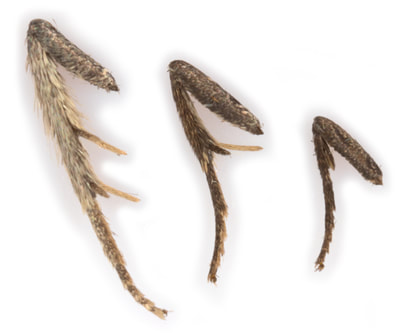 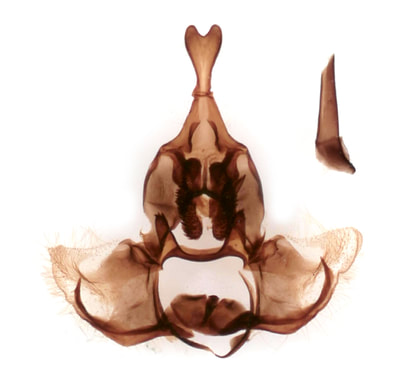 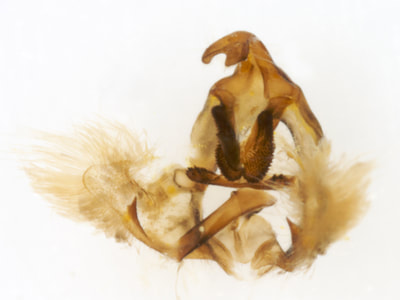 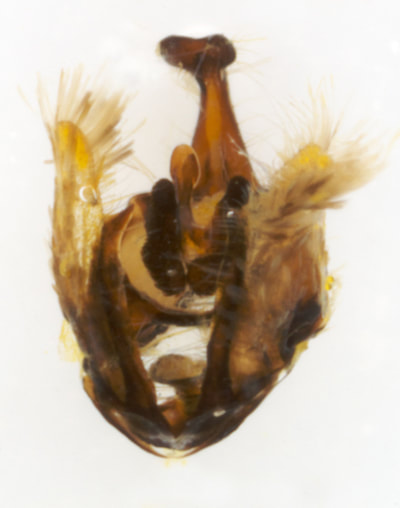 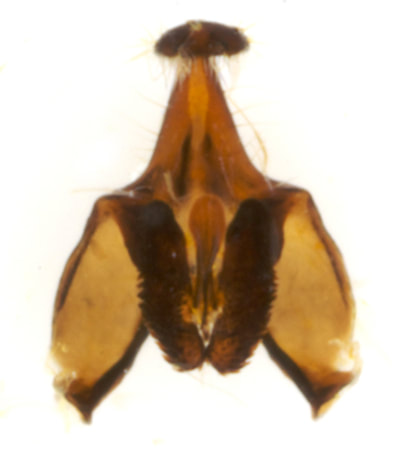 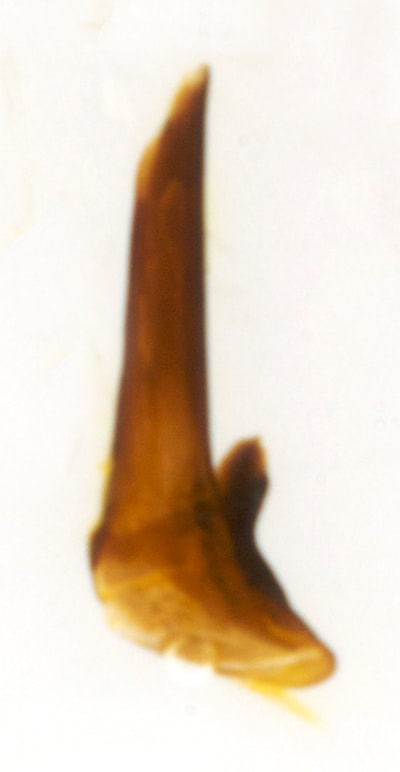 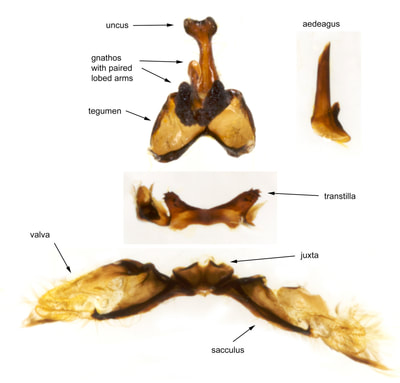 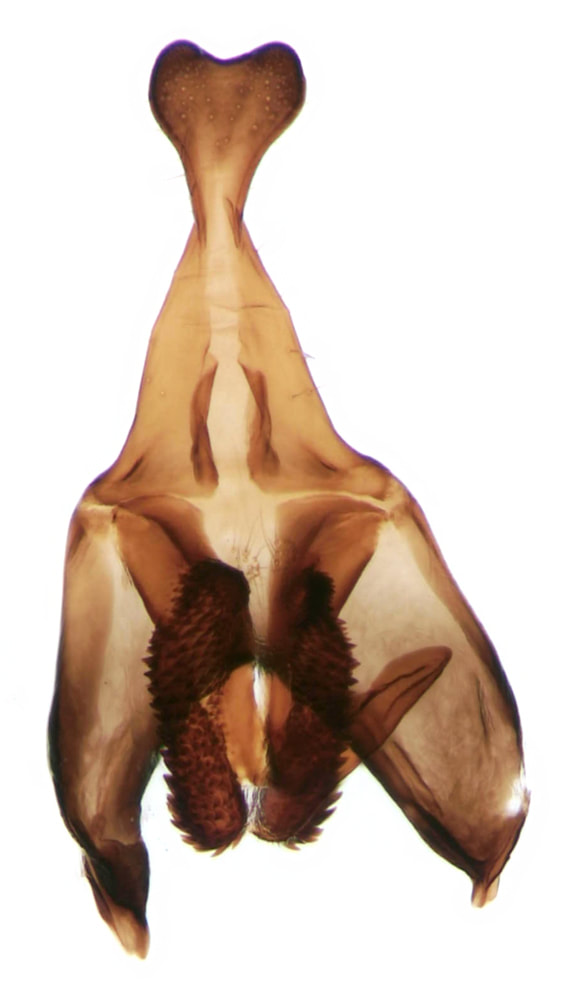 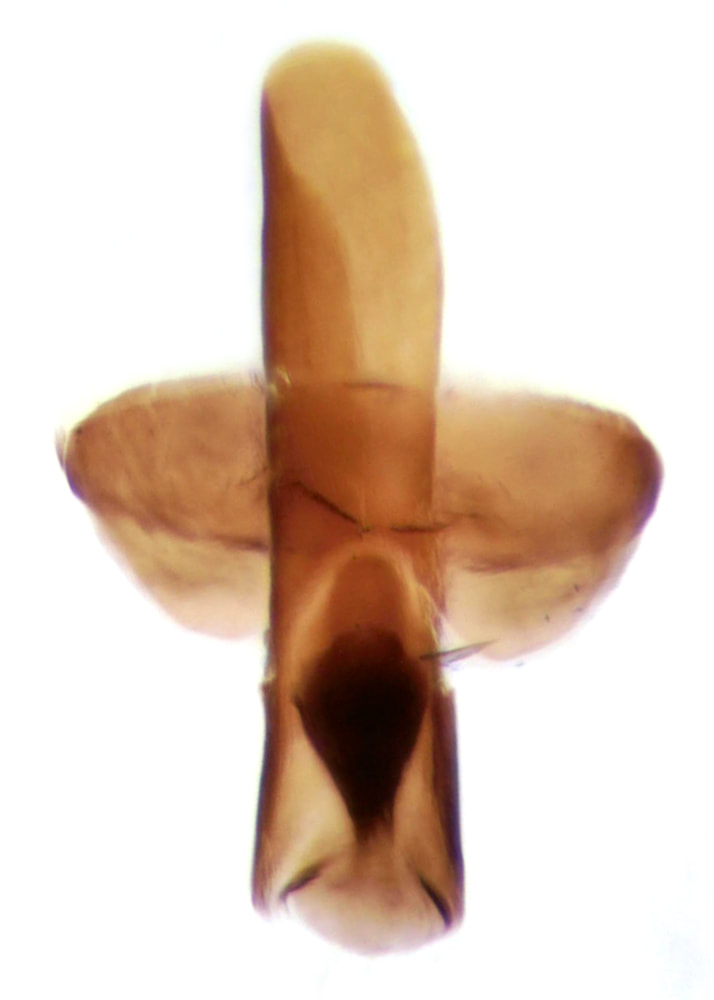 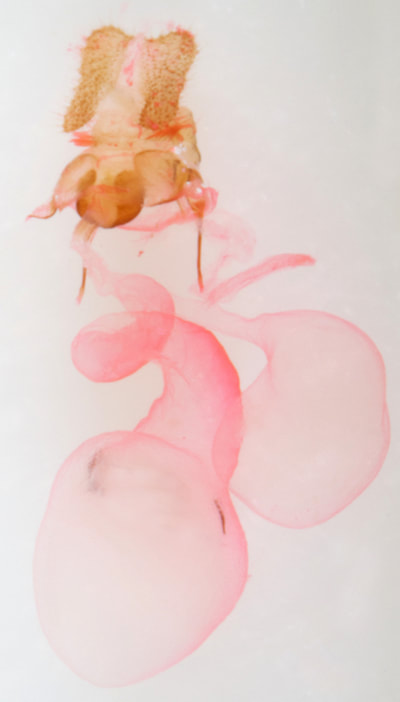 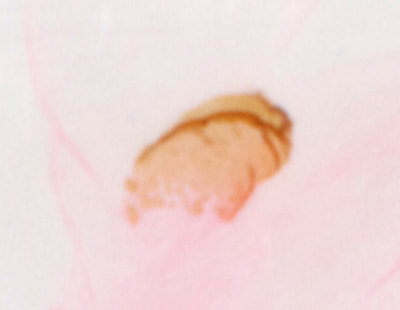