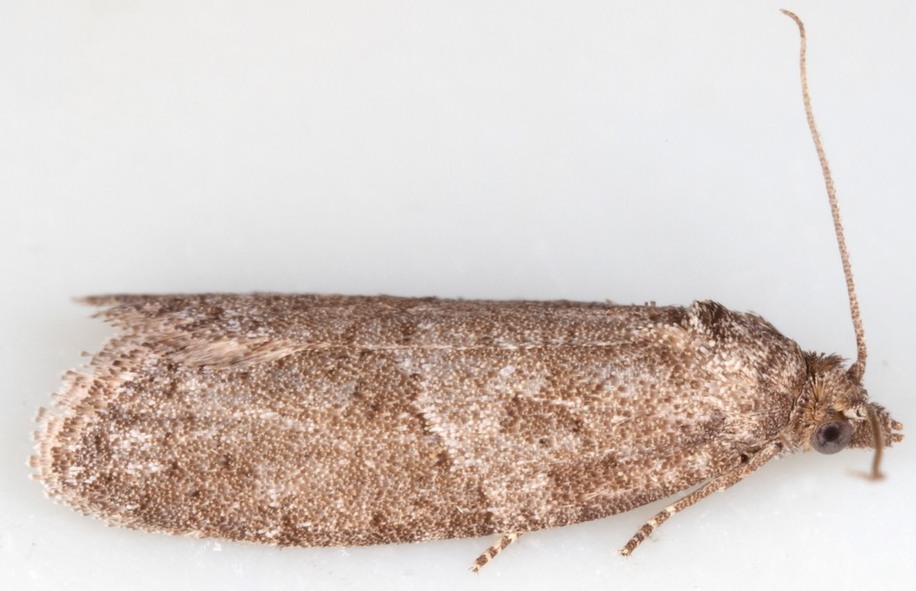 Cnephasia pumicana §2, male
ID: Indistinguishable on external features from C.pasiuana with which it has been considered synonymous. Also indistinguishable on external features from pale specimens of C.genitalana. Detailed description of pumicana vs pasiuana available from Entomologist's Record 122:4 (but I have not seen this).
Male genitalia: Sacculus of medium length, 1/2-2/3 length of valva, and curved at end. In C.genitalana the sacculus is long, as long as the valva; C.communana also has a medium length sacculus but it has a straight aedeagus while in C.pasiuana/pumicana the aedeagus is curved. Minor differences between C.pasiuana and pumicana are shown at http://www.dissectiongroup.co.uk/page301.html and the following descriptions are based on the images shown there:
1. The aedeagus is more strongly curved in C.pasiuana with a distinct angle on the concave side, this curve being smoother and hardly angulate in C.pumicana, suggesting specimen §1 is C.pumicana.
2. The socii are shown separated at the tip by the width of a socius in C.pumicana and by at least 2x the width of a socius in C.pasiuana - in specimen §1 the separation is intermediate at ~1.5x the width of a socius.
3. The apical half of the valva of C.pumicana has the ventral border at a distinct angle with the dorsal border and the rounded apex is narrow (width of valva at apex ~ 1/3 width at 2/3 of the valva). The apical half of the valva of C.pasiuana has the ventral border nearly parallel with the dorsal border leading to a broad rounded apex (width of valva at apex only slightly less than width at 2/3 of the valva). Specimen §1 does show a distinct narrowing of the valva towards the apex but this is not as marked as in the image at dissection group; nevertheless it favours C.pumicana over C.pasiuana.
<
> 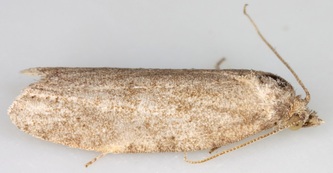 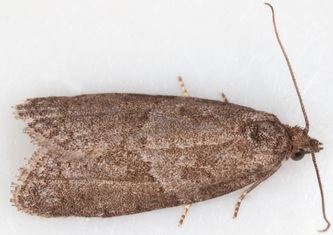 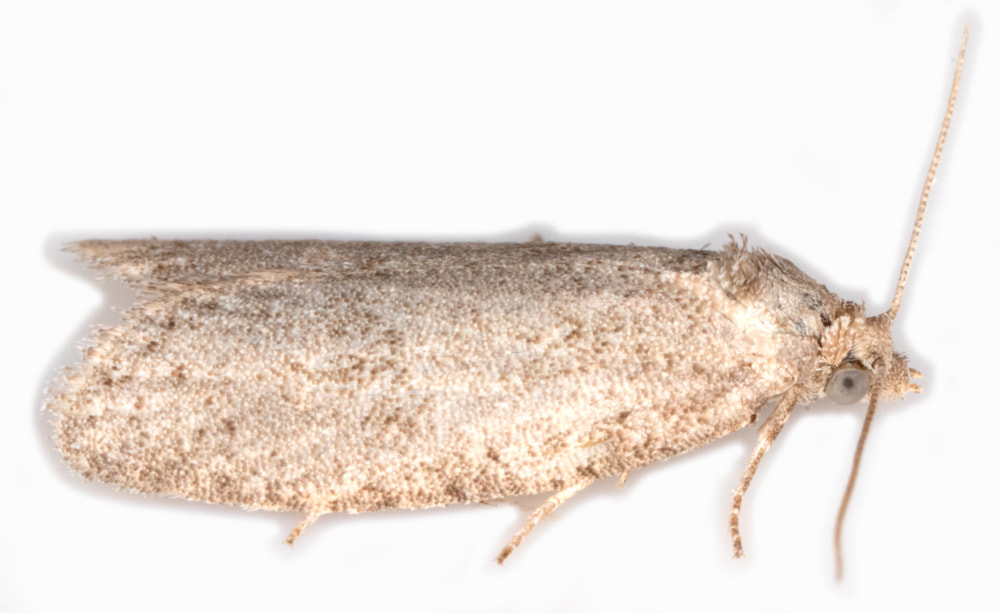 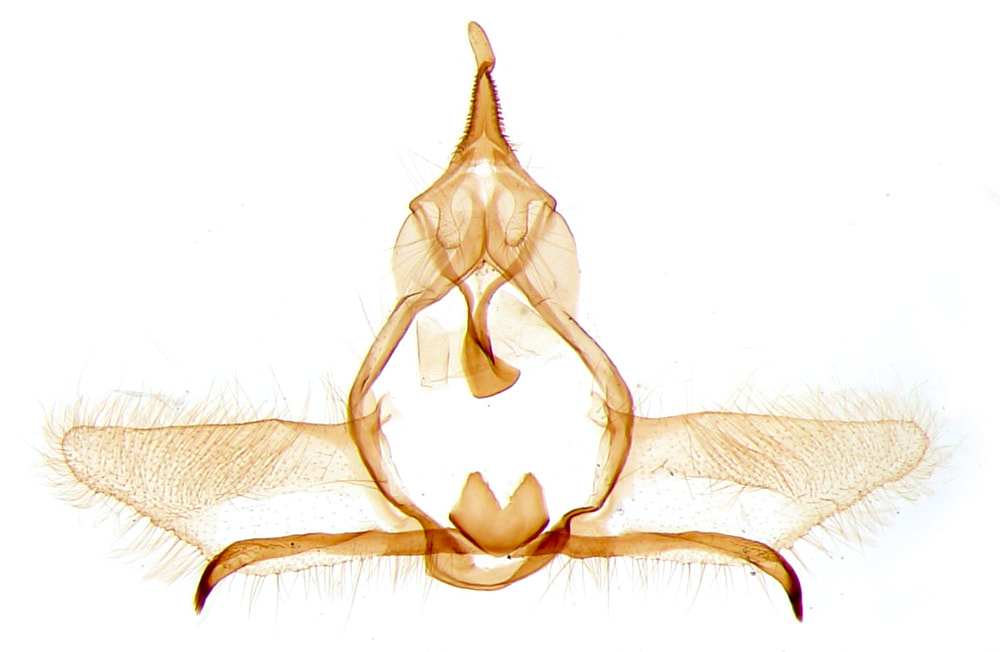