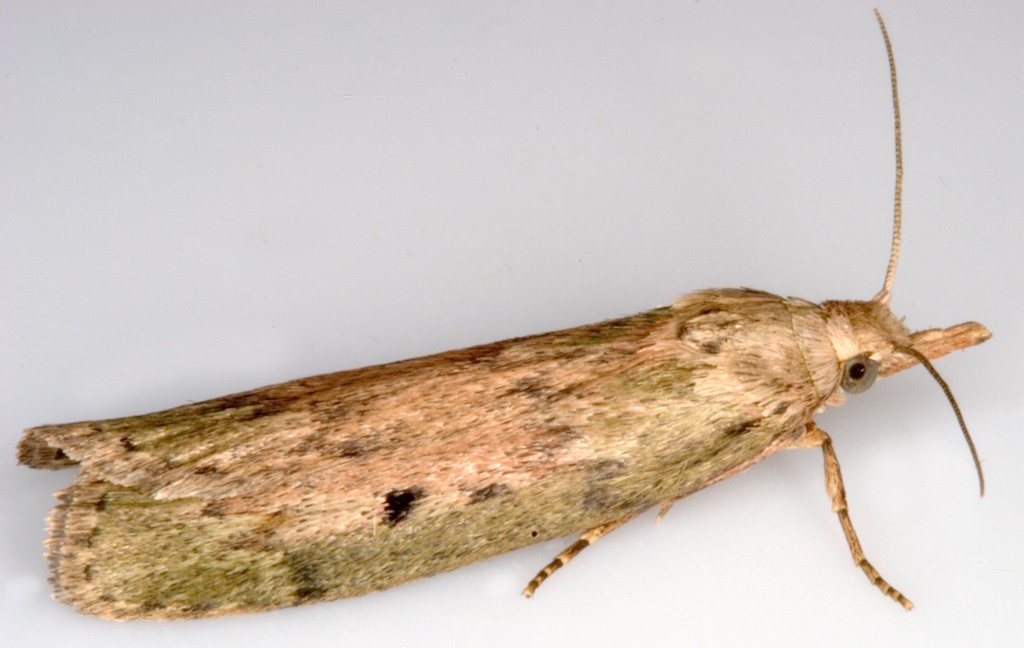 Aphomia sociella §1 female
ID: Sexually dimorphic but both sexes are somewhat variable. Males have a creamy white head, thorax and forewing proximal to the antemedian line. Females  have 2 black discal spots between the antemedian (first) and postmedian (second) lines, the more distal being the larger. Males are not likely to be mistaken for any other species. A.zelleri has a narrower forewing, less well-defined cross-lines, more even-sized discal spots and a paler more glossy hindwing than female A.sociella. According to Goater female Paralipsa gularis is distinguished from female A.sociella by having narrower wings and paler colouration, both of which seem to me to be comparative rather than absolute differences and may be difficult to judge with certainty. In the web images and in the description in Goater female P.gularis has a single intense well-defined black discal spot whereas female A.socialis has a second smaller spot. Goater also describes the discal spot in P.gularis as "close to the angle of the second line". Comparing images of the 2 species it looks like the discal spot in P.gularis is closer to the second line than it is in A.sociella - in P.gularis the discal spot is centred 2/3 of the way from the first line to the second whereas in A.sociella the distal edge of the larger spot is 2/3 of the way from the first line to the second.
<
>
<
> 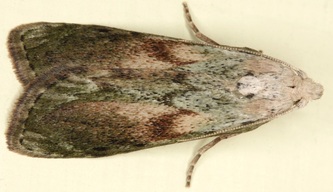 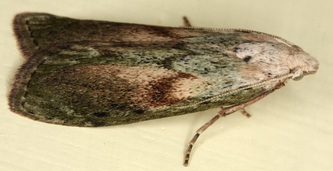 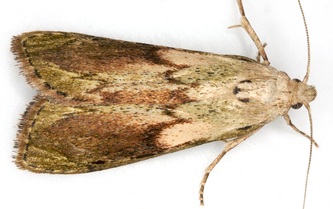 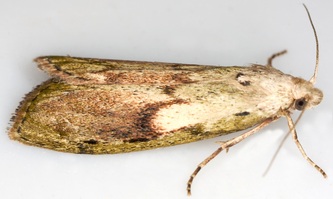 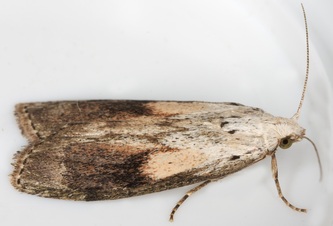 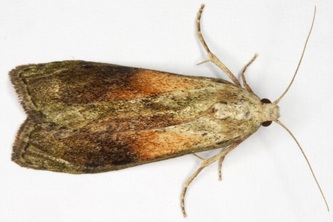 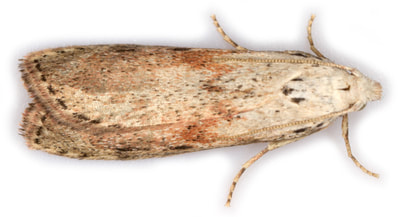 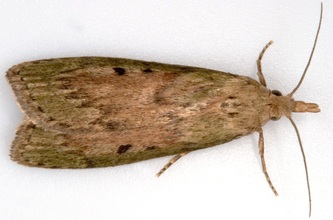 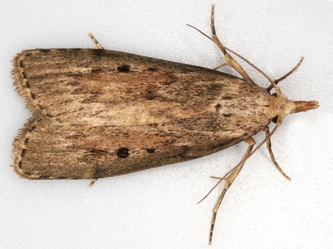 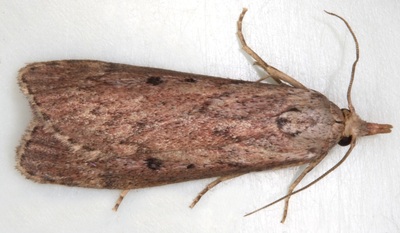 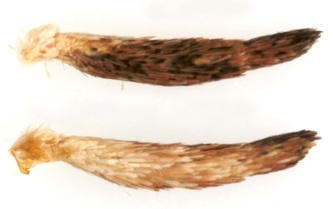 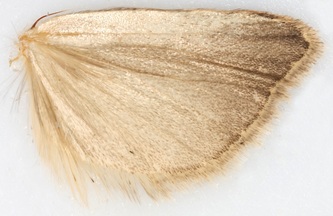 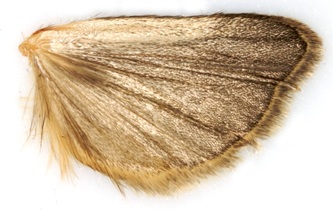 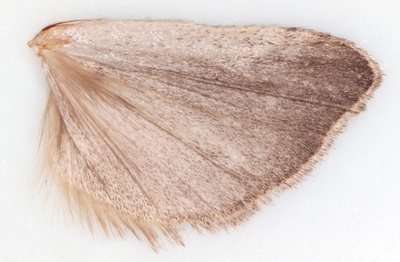 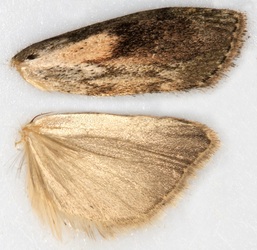 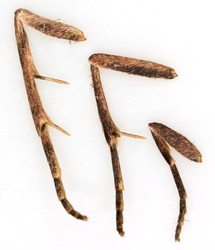 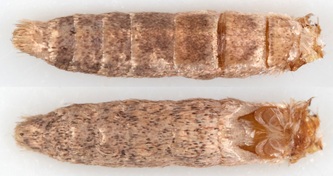 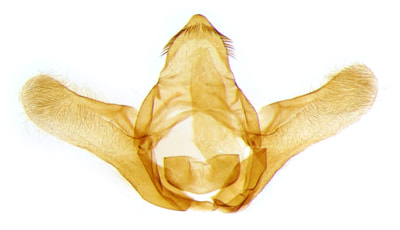 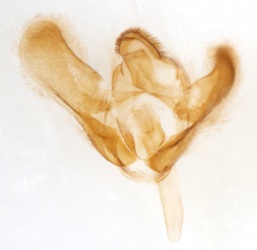 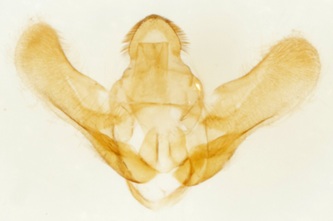 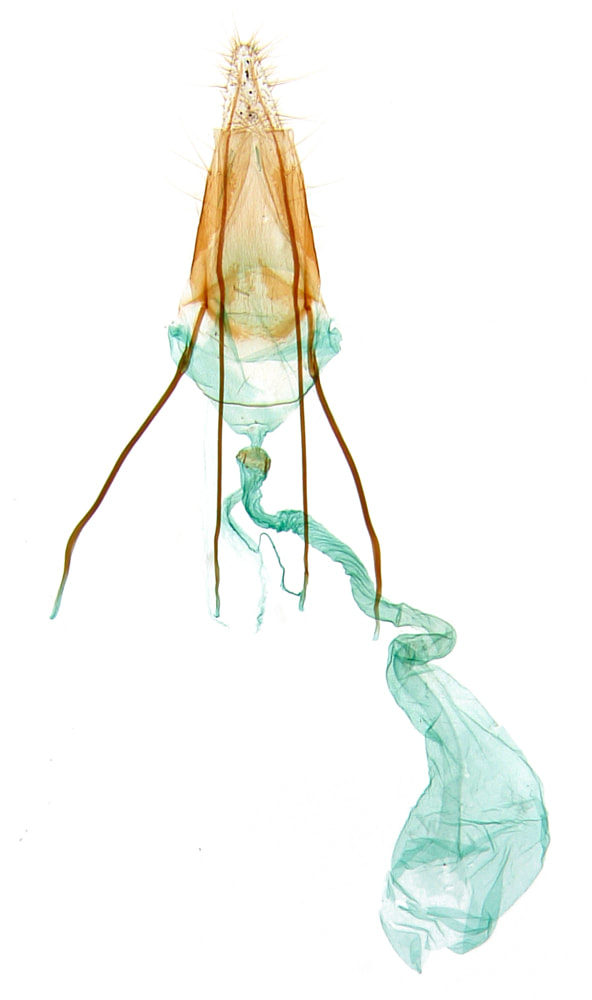 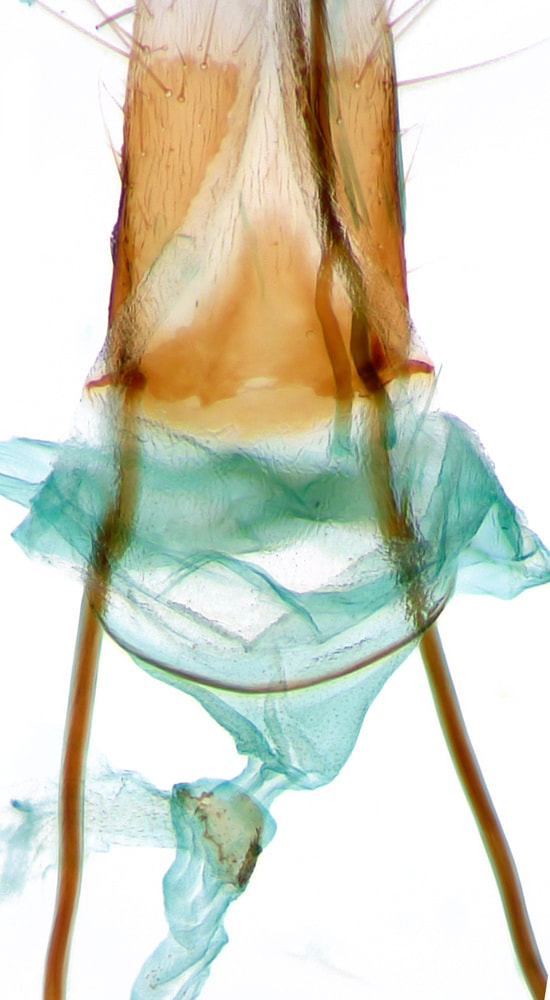 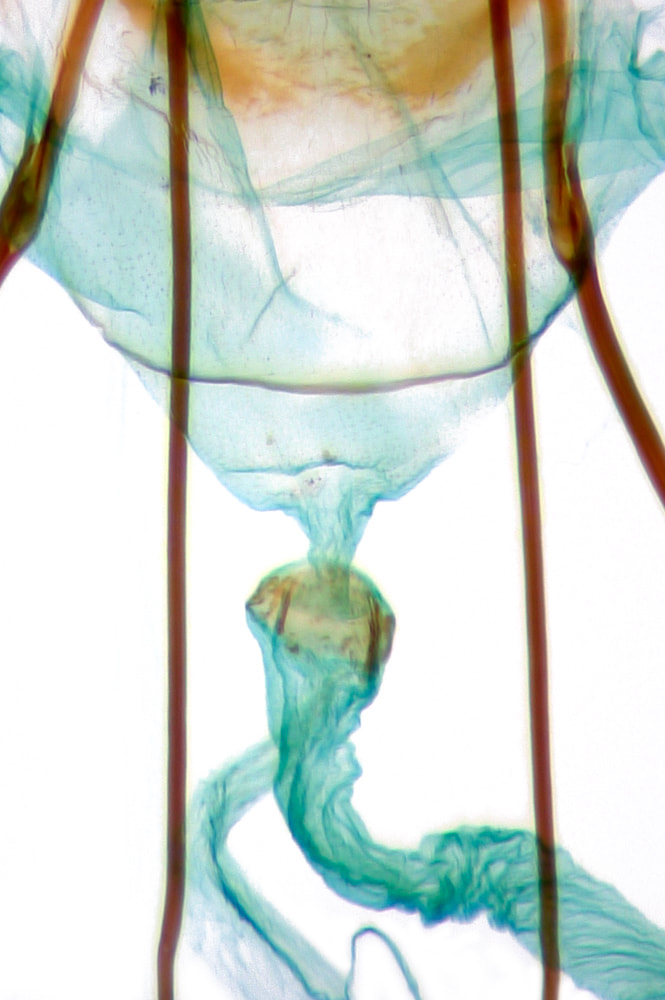