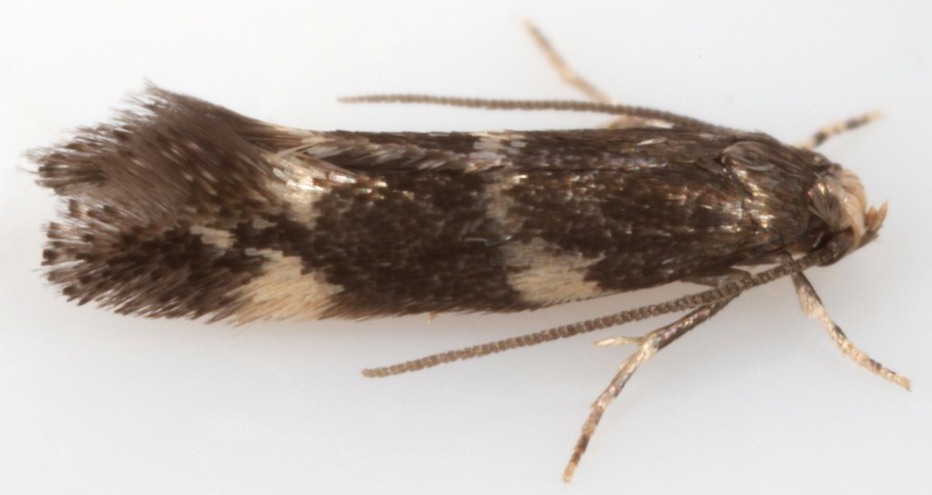 Male genitalia: Uncus lobes separated by a 'U'-shaped notch at least as broad as an uncus lobe; vinculum with a distinct process, the process longer than broad; aedeagus pointed at apex, without cornuti > E.apicipunctella
The images at dissection group show a small projection at the apex of the ventral edge of the valva, which is not shown in the drawing (96e) in MBGBI3 and which I could not see in this specimen.
<
> 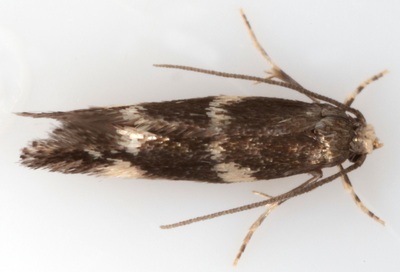 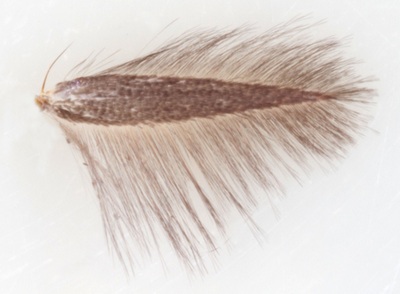 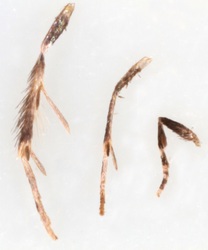 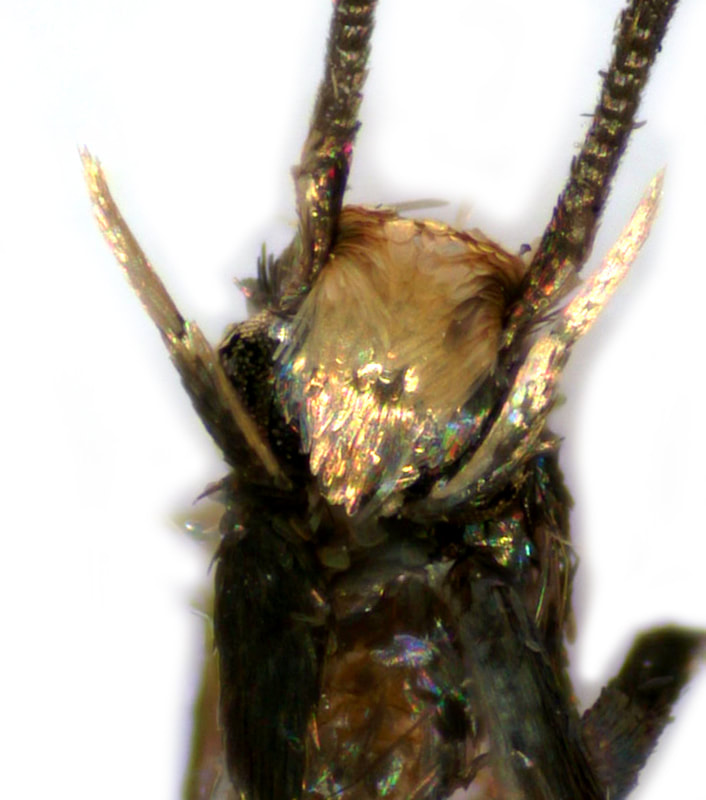 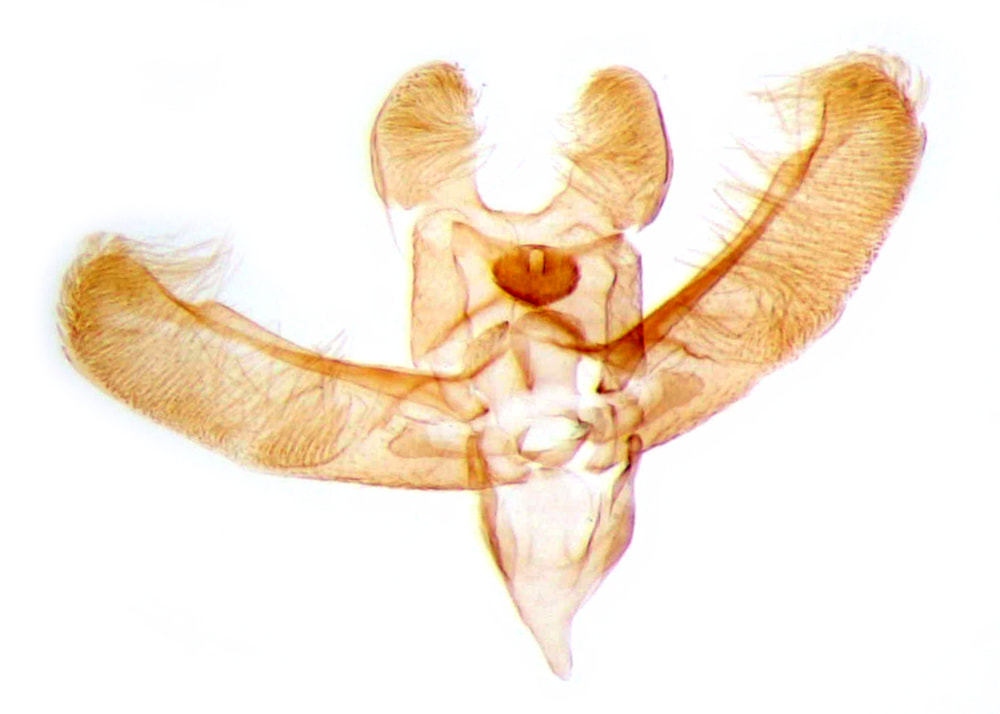 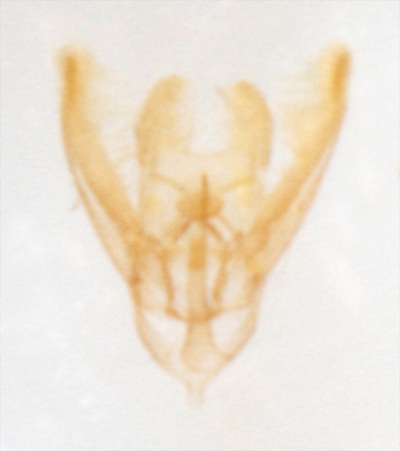 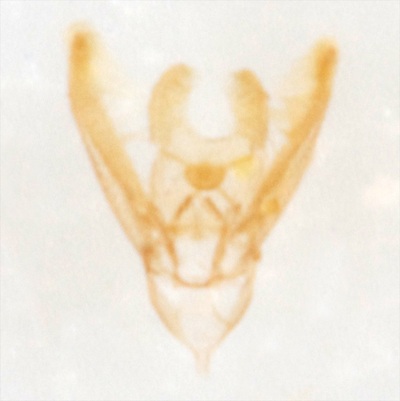 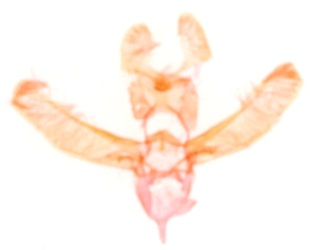 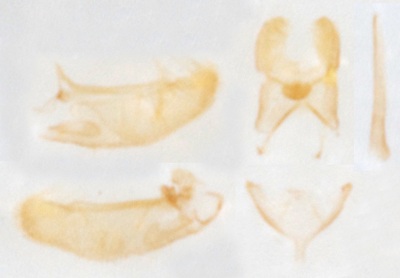