Cylophora linearia (Clay Triple-lines) §1 male
ID: Typically yellow-brown with three cross-lines the central of which is the strongest. But variable - may be paler and 2nd generation often pinkish; may have only one or two cross-lines; 2nd generation may show a dark-edged pale central hindwing spot and sometimes a smaller forewing spot. These variations may resemble C.porata (False Mocha) which shows dark-edged pale central spots on all four wings, dotted 1st and 3rd cross-lines, and subterminal greyish blotches on the forewing; or C.puppillaria (Blair's Mocha) which has a tiny oblique black fleck at the forewing apex. Doubtful specimens require genital dissection.
Male genitalia: Valva with a broad ventral projection (absent in C.puppillaria); this projection with many long hair-like spines (in C.porata the ventral projection is very broad, lacks spines and is produced at the apex). C.punctaria (Maiden's Blush) has similar genitalia but the ventral projection has an additional spined basal process and the fibula is long and only slightly bent, whereas in C.linearia it is strongly elbowed. See Difficult species guide.
Female genitalia: The female genital differences between Cyclophora species are minor and probably inconclusive. 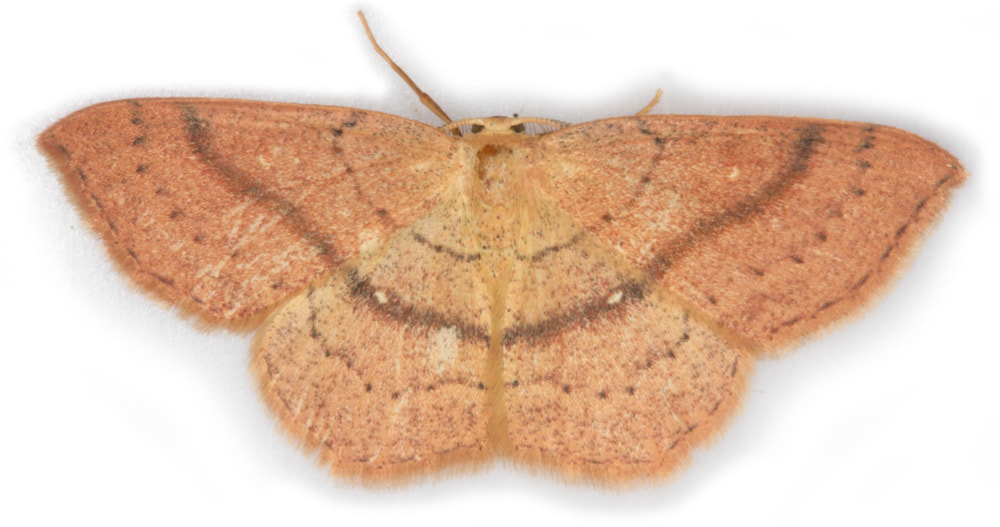 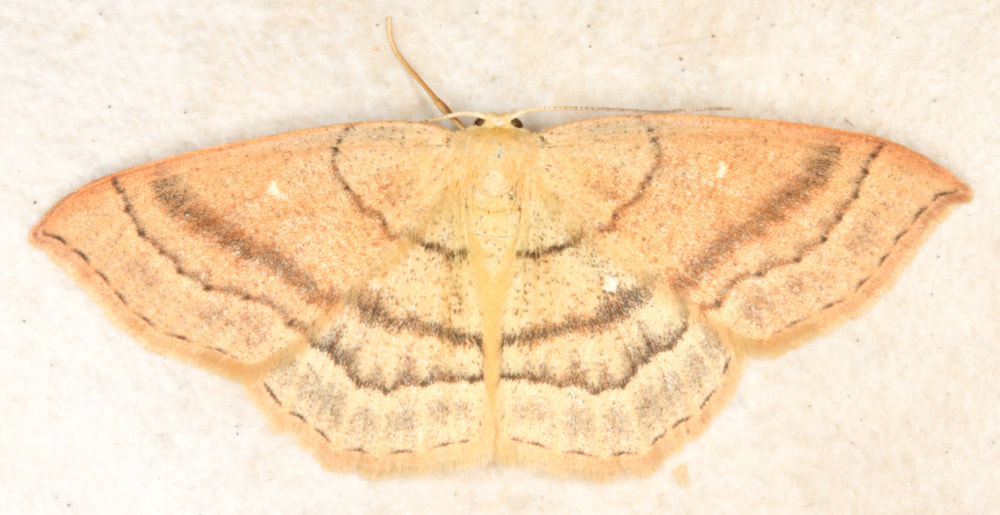 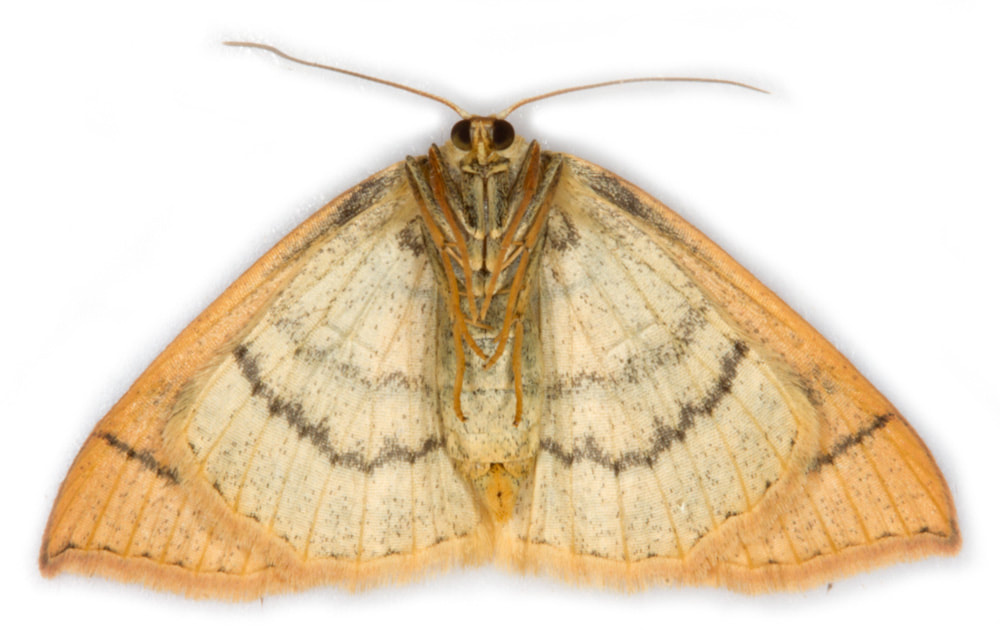 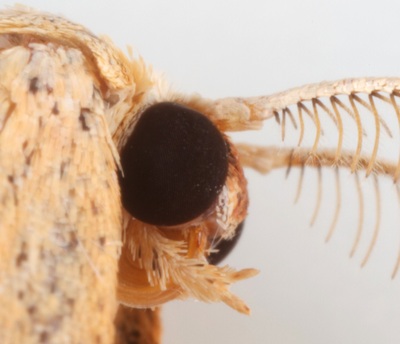 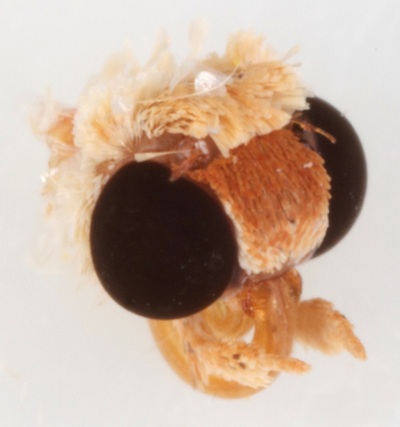 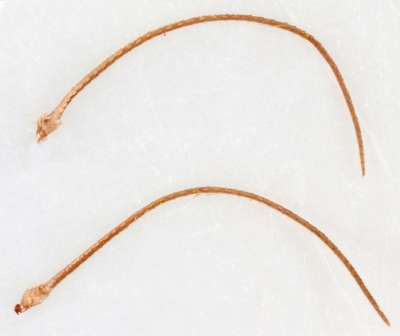 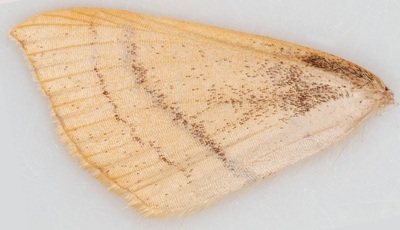 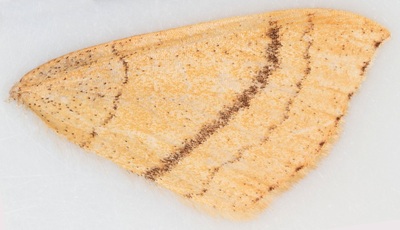 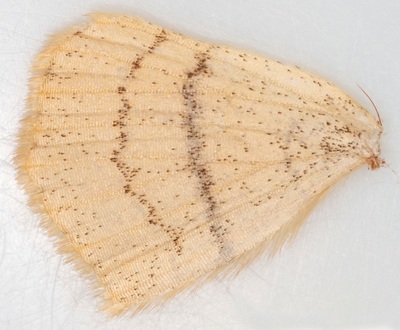 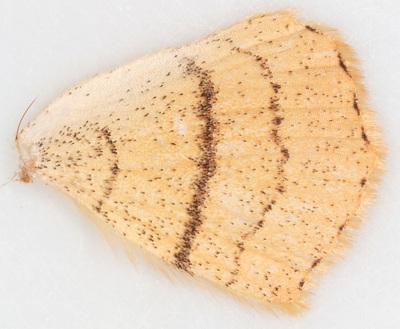 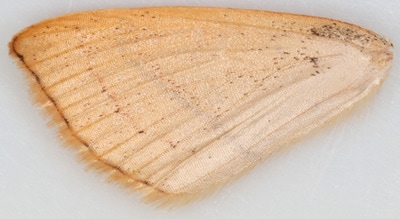 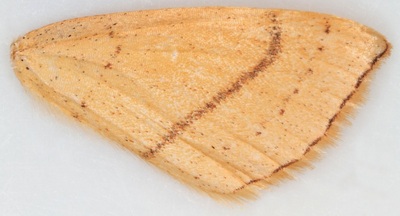 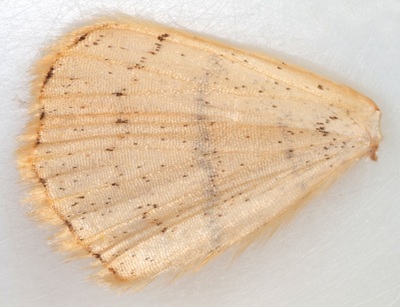 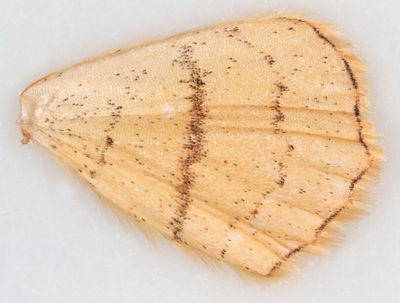 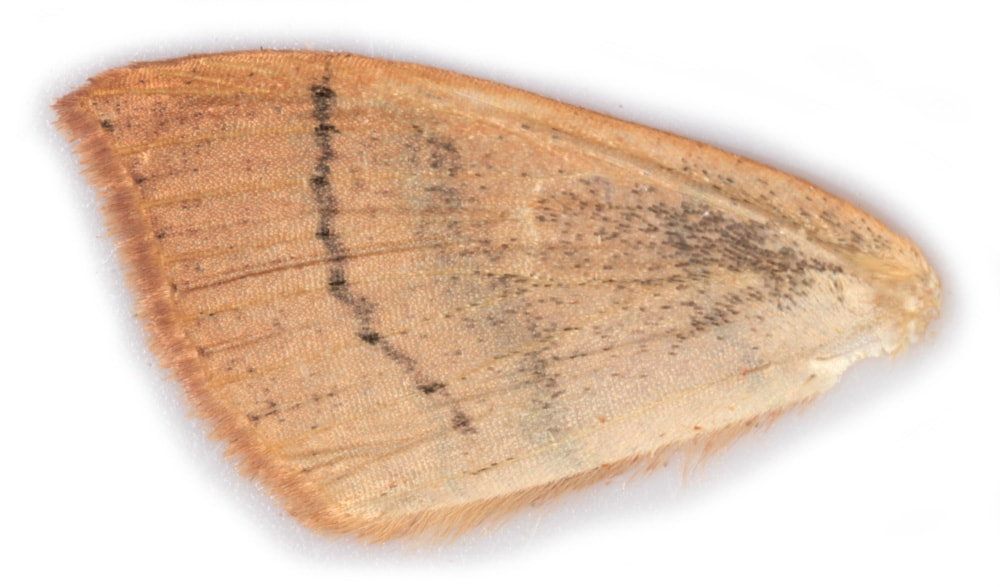 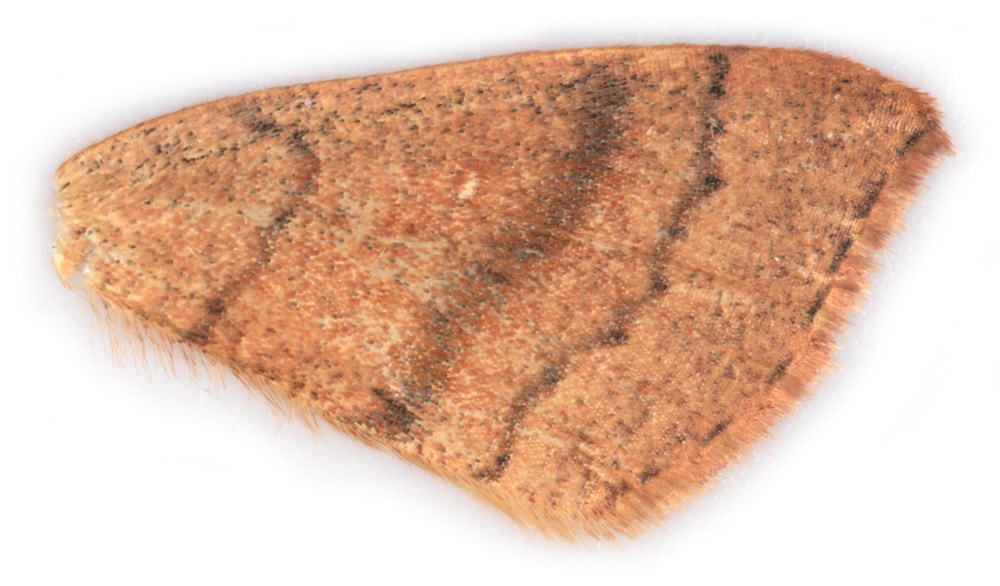 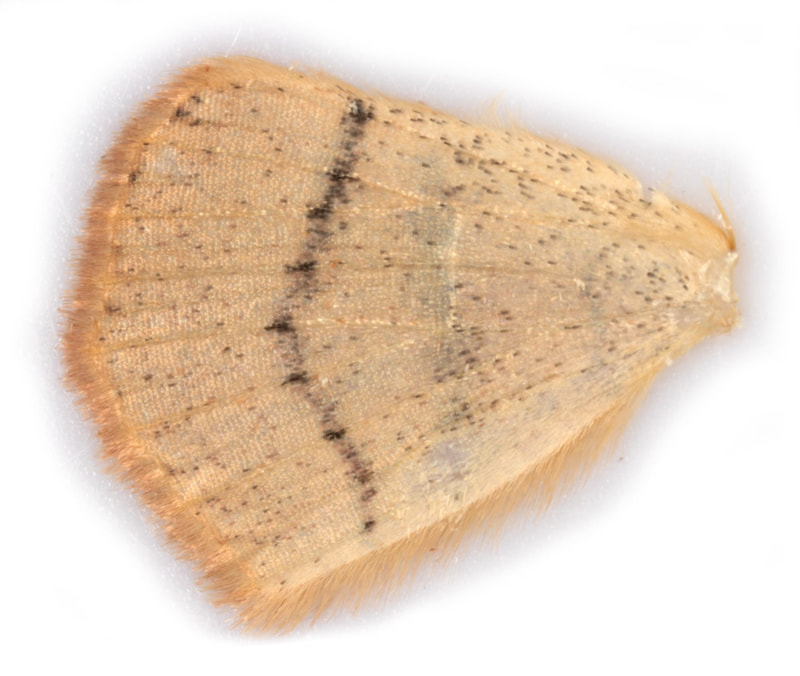 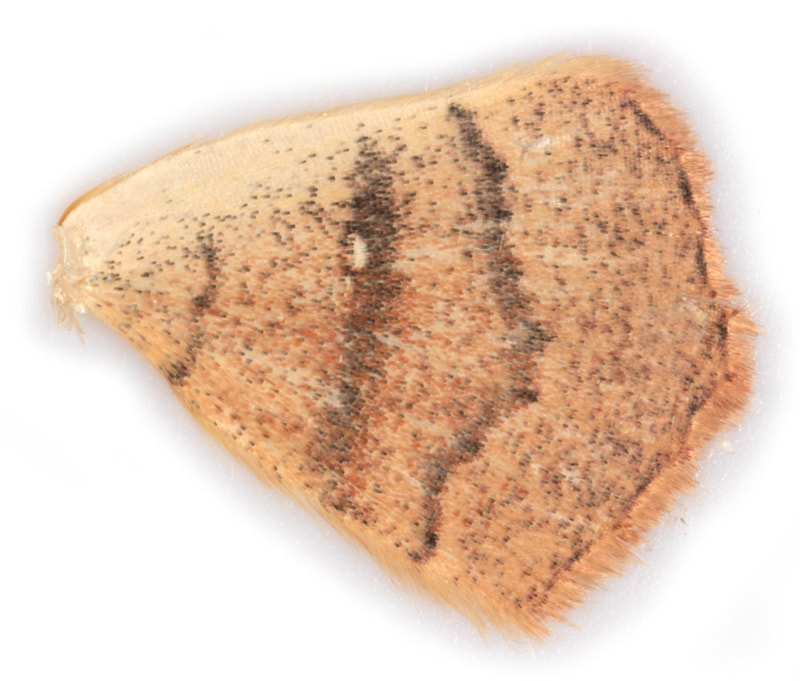 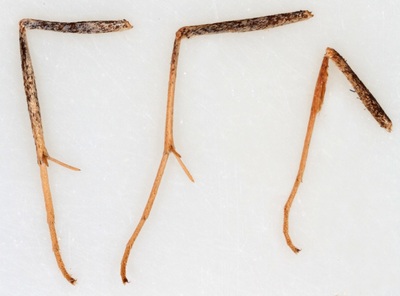 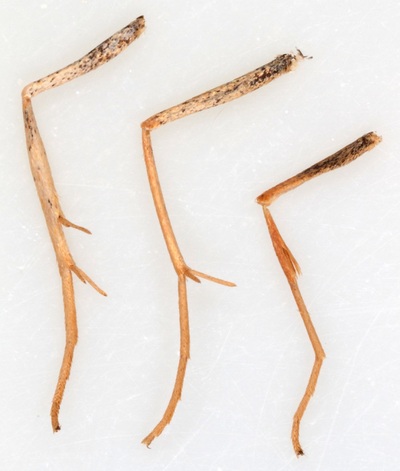 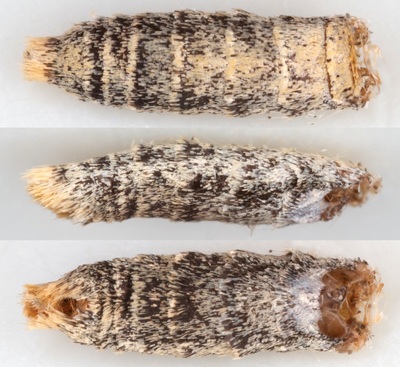 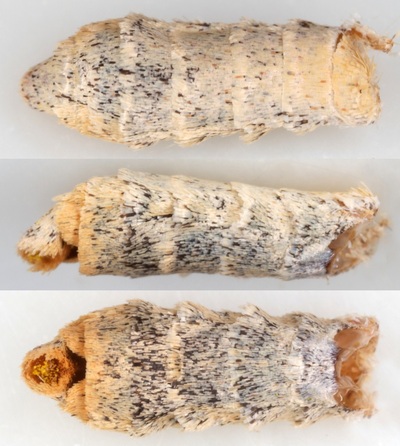 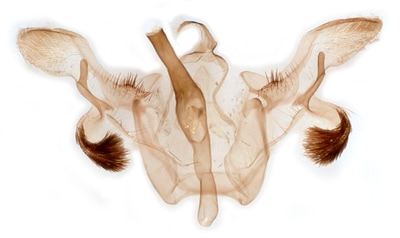 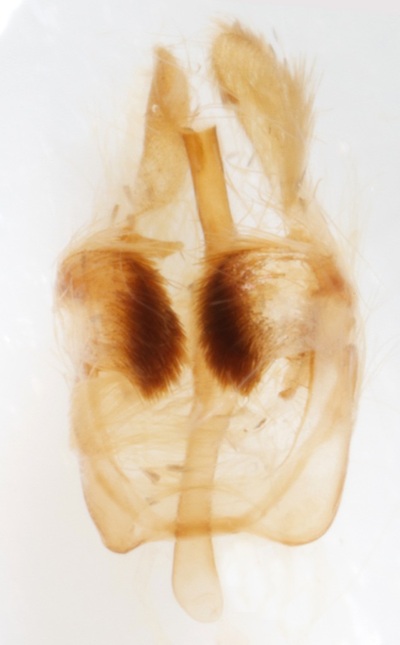 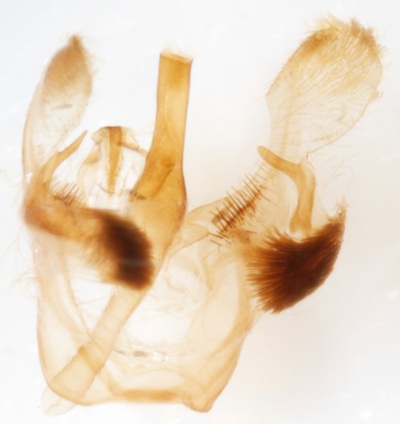 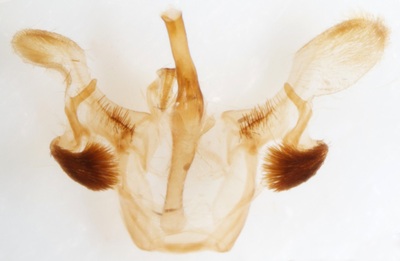 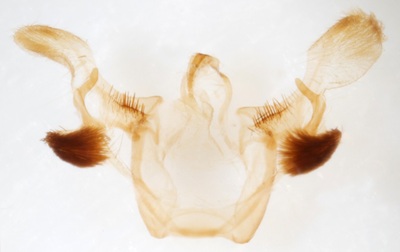 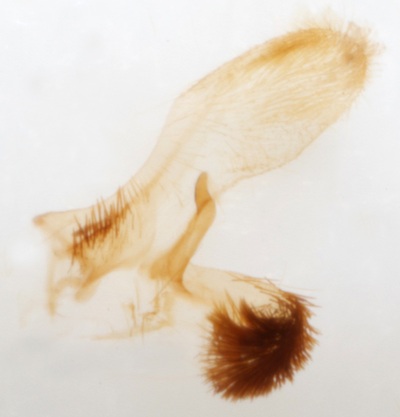 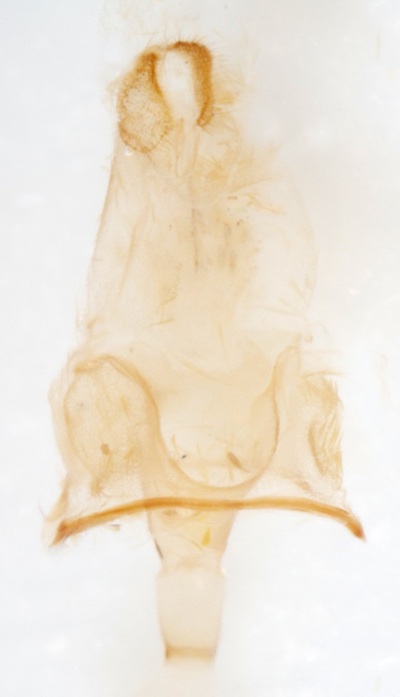 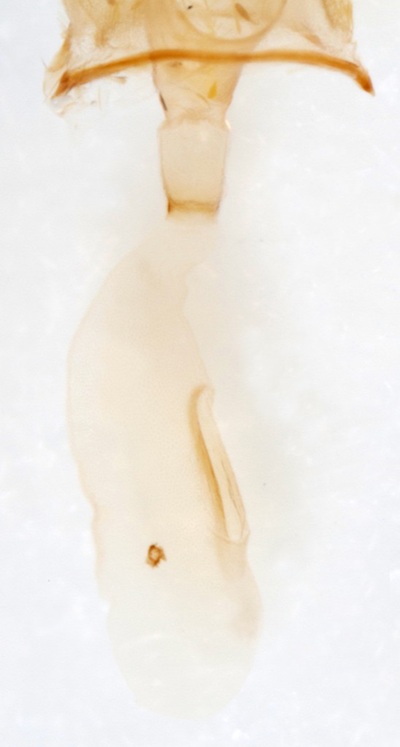