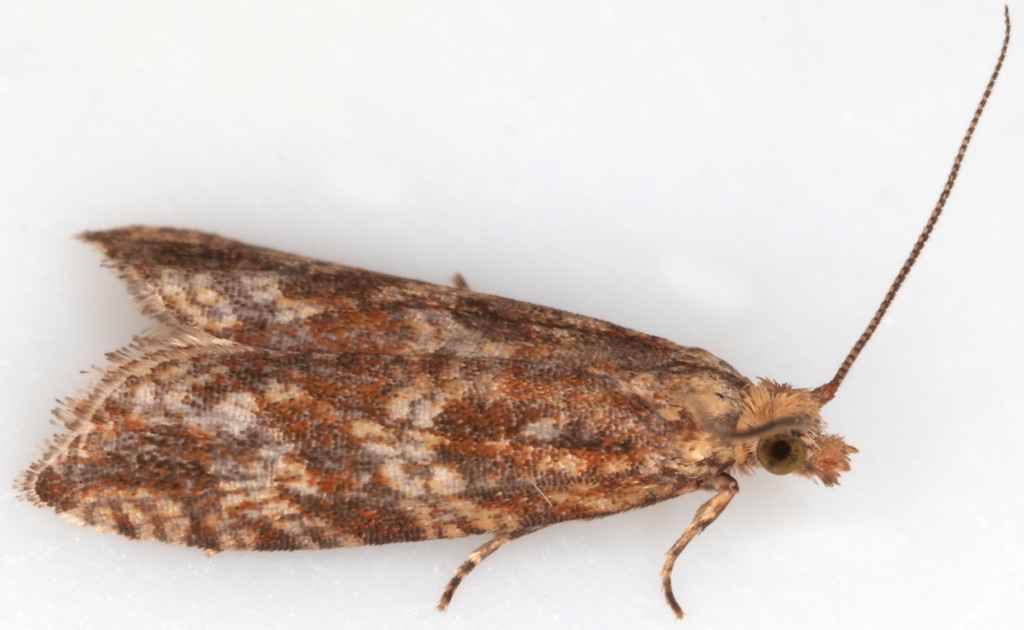 Bactra furfurana §1 male
ID: Varies somewhat in: colour of markings from brown-ochreous to brown-ferruginous; extent of black in the markings; suffusion of the ground colour with grey; strength of the markings. Usually identifiable from the reticulate markings overlaying the areas of ground colour and the usually well-developed median fascia. Weakly marked individuals need genital dissection to identify.
Male genitalia: In B.furfurana and B.lacteana the spines of the sacculus do not cross its edge; in both B.lancealana and B.robustana the saccular spines clearly protrude from its edge. In B.furfurana there are 5-9 spines, in B.lacteana there are 2-4 spines. In B.furfurana there are relatively few spines at the sacculo-valvar junction compared with B.lacteana.
​Female genitalia: Ostium small, anterior lip simple, posterior lip a narrow band extending only a little beyond the ostium laterally
<
> 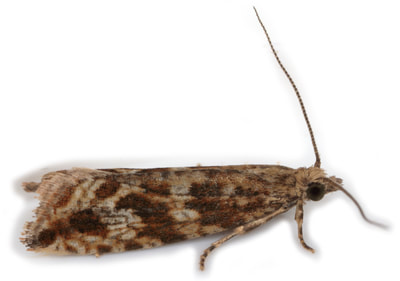 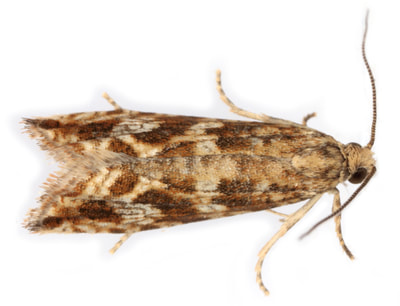 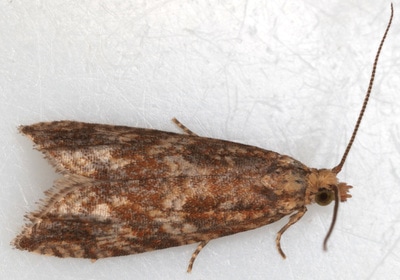 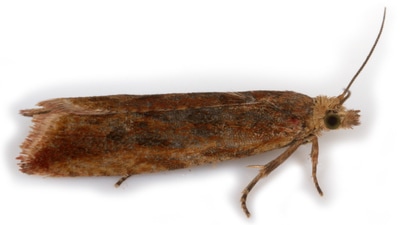 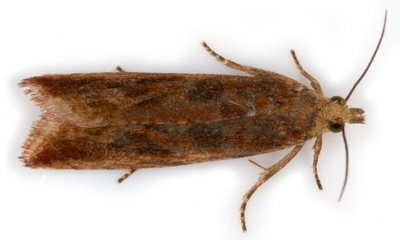 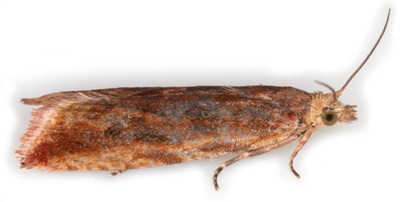 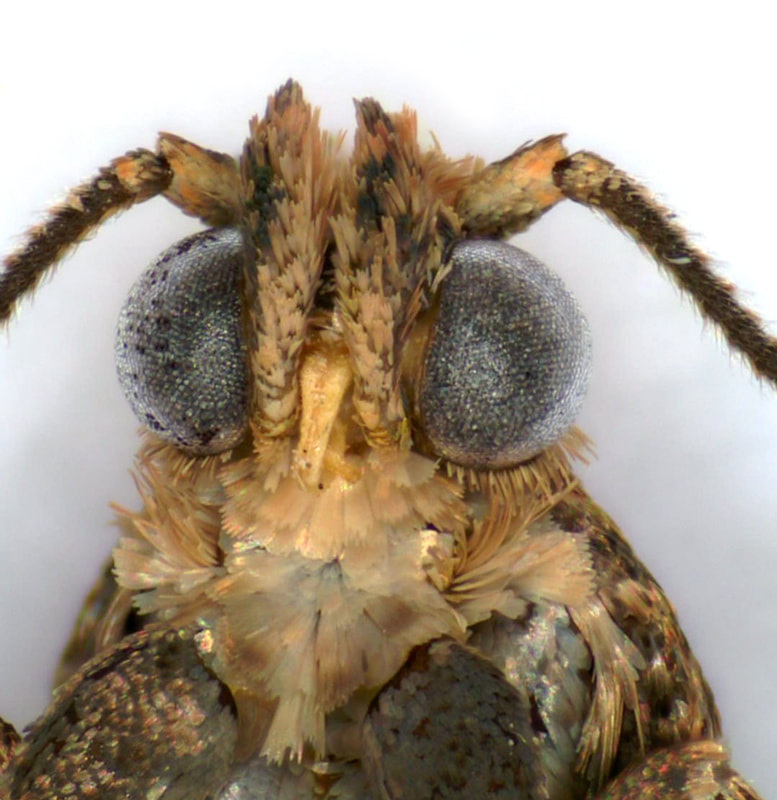 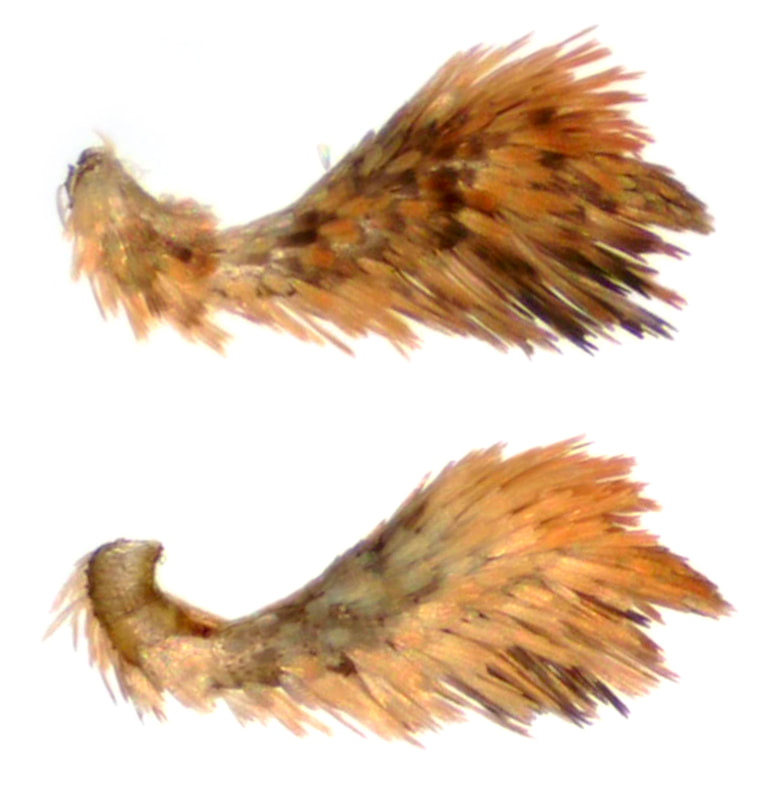 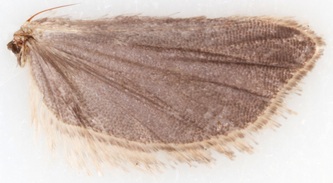 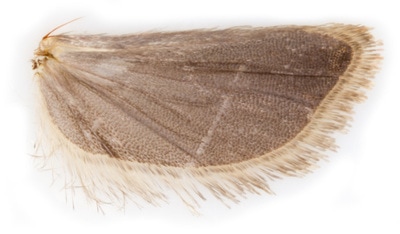 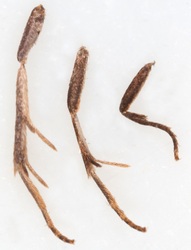 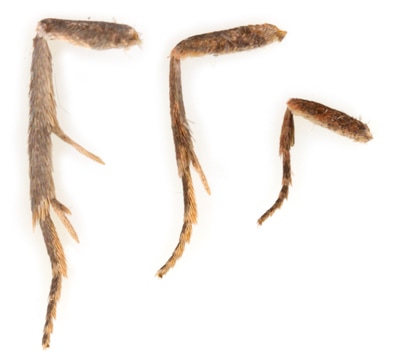 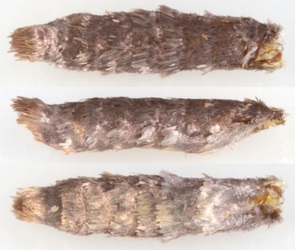 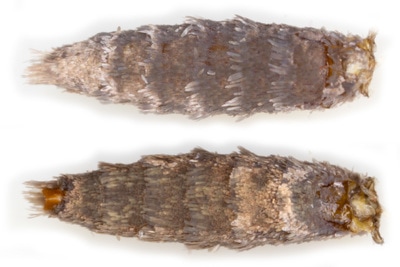 The 5-9 spines of the sacculus do not cross its edge; there are few spines at the sacculo-valvar junction 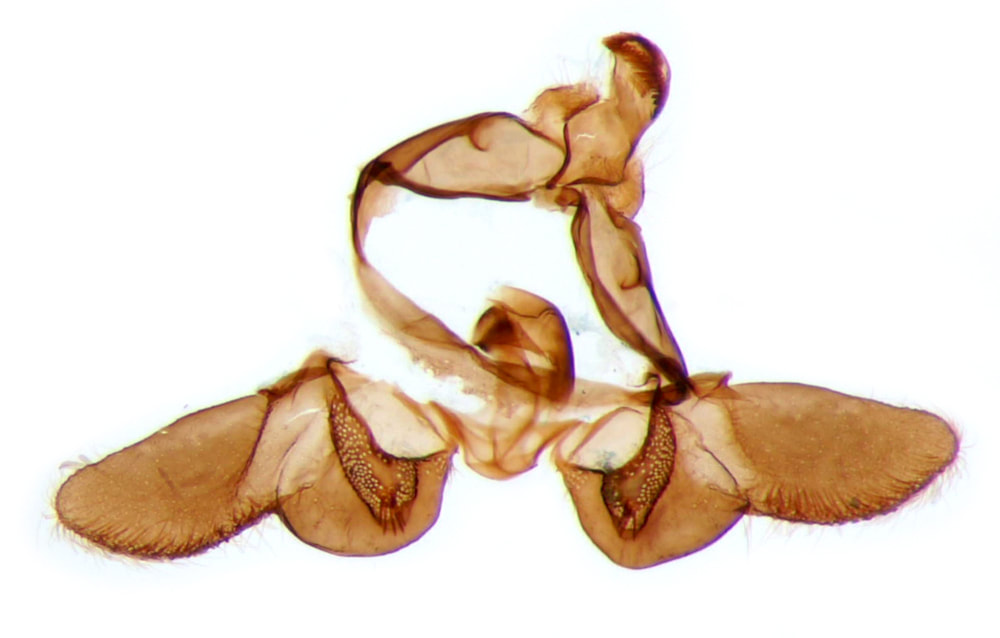 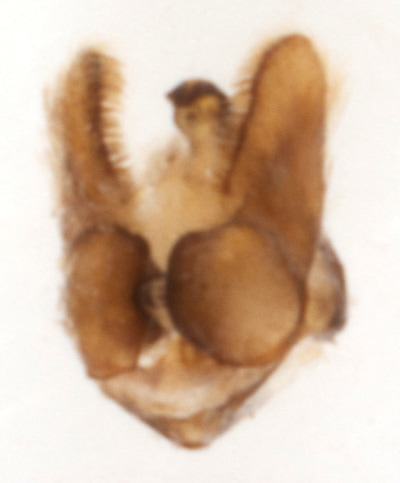 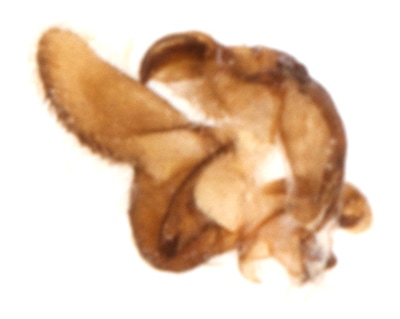 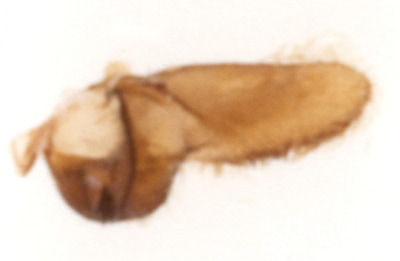 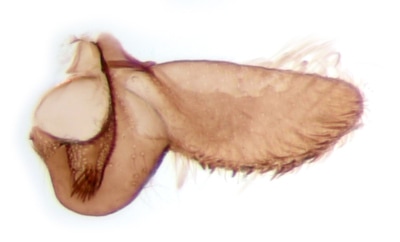 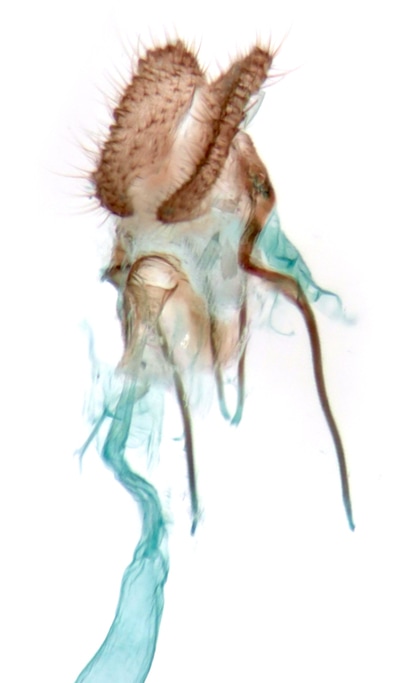 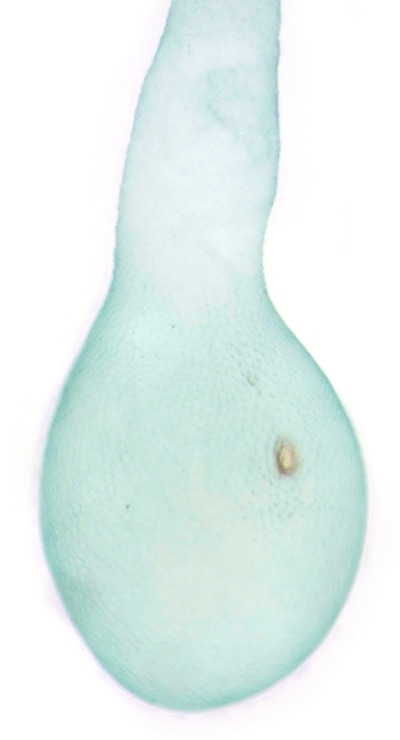