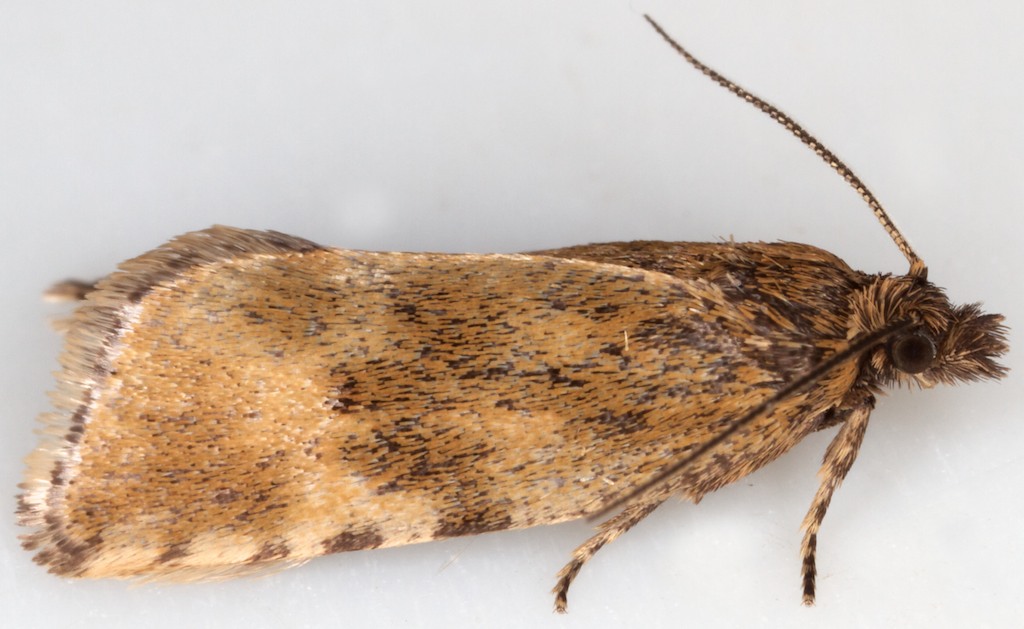 Phiaris obsoletana §1 male
ID: Characterised by its obscure markings. Similar to obscurely marked forms of P.metallicana which is also restricted to the Scottish Highlands but occurs at lower elevations (200-300m). P.metallicana has a broader more evenly edged median fascia. P.metallicana is also said to have a broader forewing with a less acutely angled apex (but this feature cannot be confirmed from comparison of specimens I have identified as these species).
Male genitalia: neither species is shown at dissection group. Several differences between P.obsoletana and P.metallicana are illustrated and described by Pierce and Metcalfe and illustrated in MBGBI5.2 (p313); features for P.obsoletana are described first: aedegus with an apical spine vs no apical spine; cornuti 2 rows of various-sized spines vs a single spine with a broad base; little narrowing of valva/sacculus complex beyond apex of sacculus vs obvious narrowing to about half its width; sacculus shorter extending just over half length of valva vs extending just over 3/4 length of valva. Differences in the uncus are also ilustrated with that of P.obsoletana being broader relative to the tegumen than that of P.metallicana - but I cannot confirm that difference from my specimens.
<
> 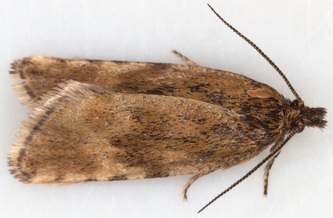 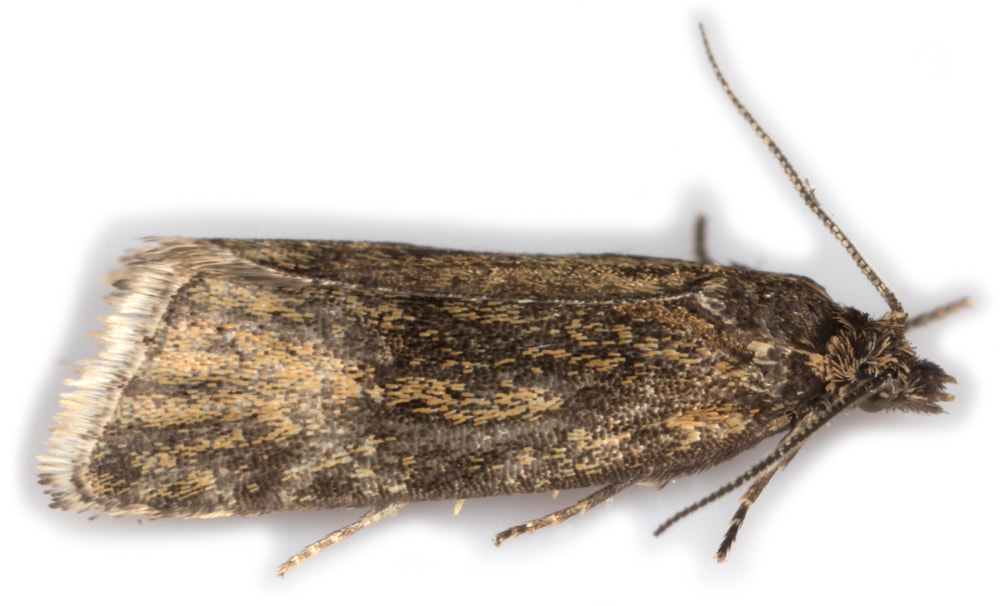 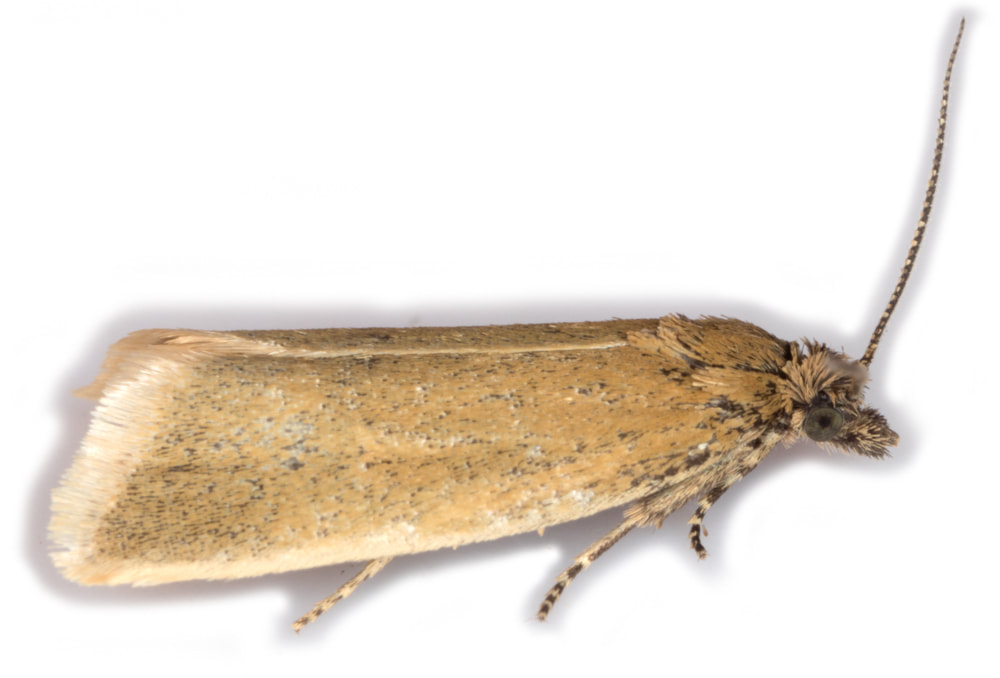 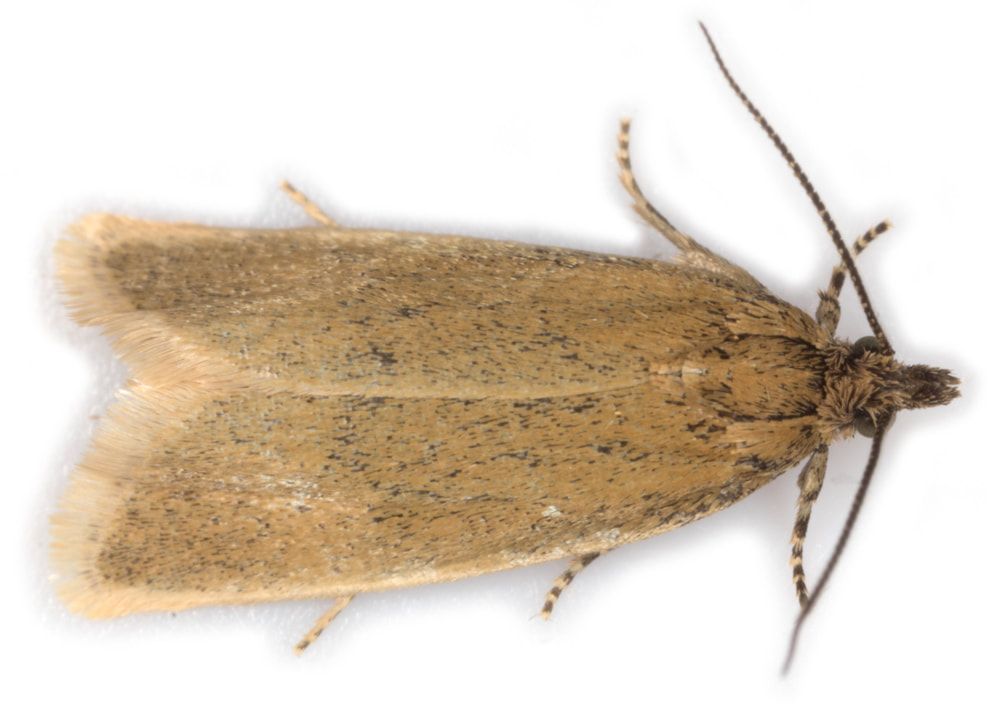 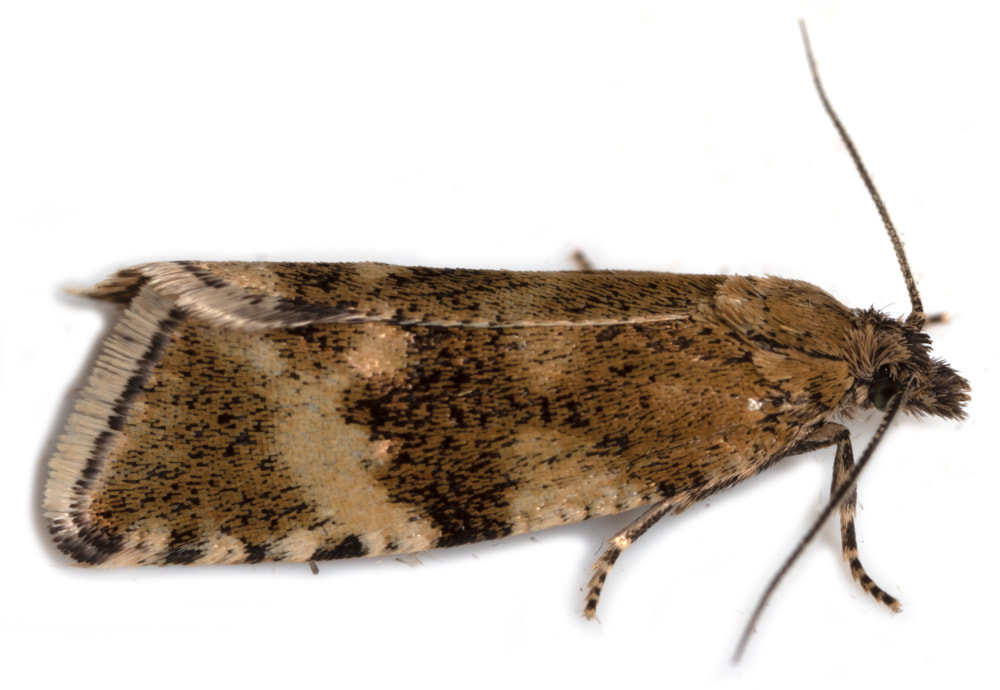 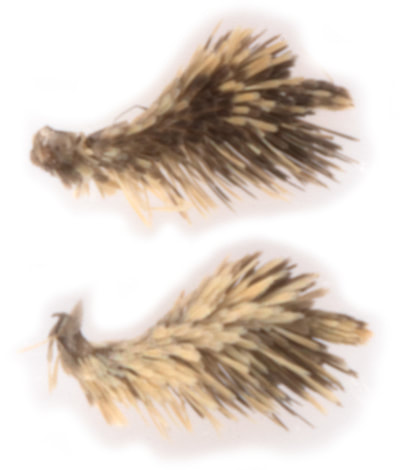 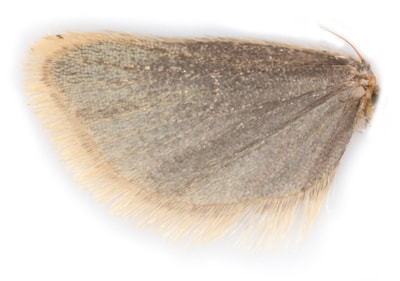 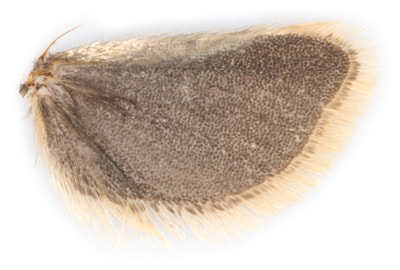 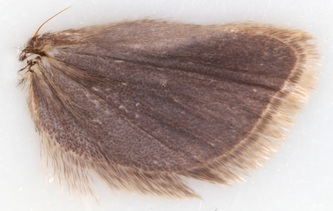 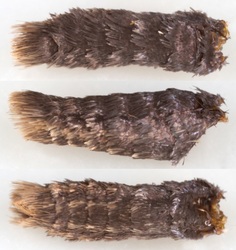 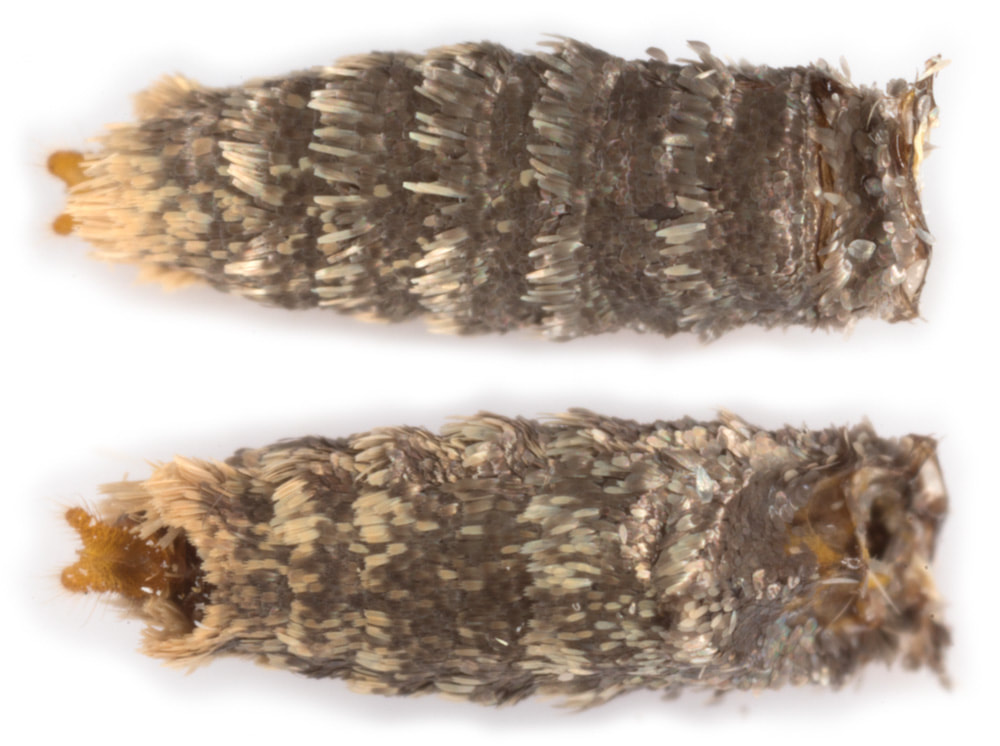 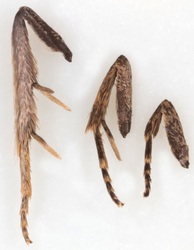 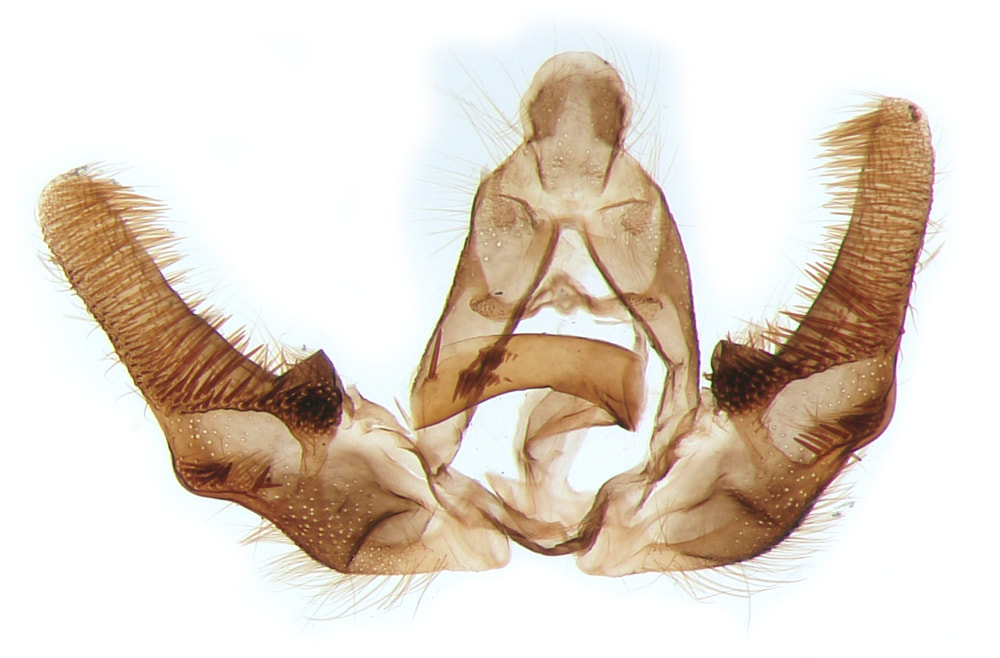 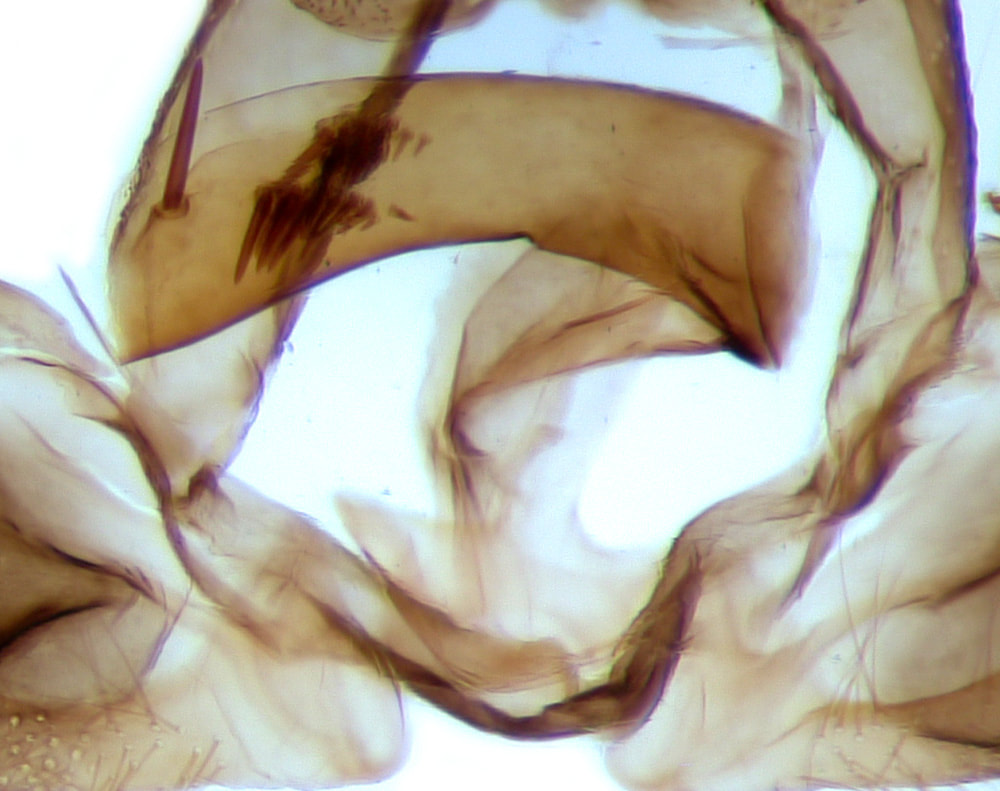 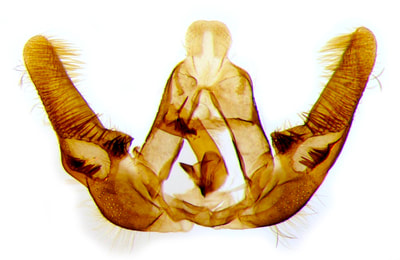 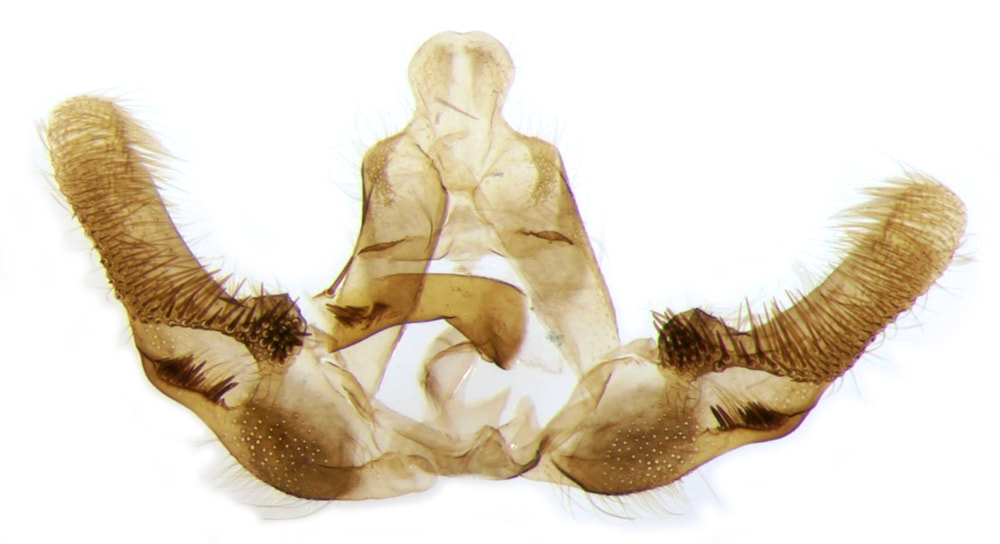 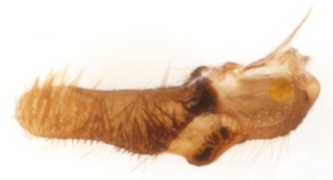 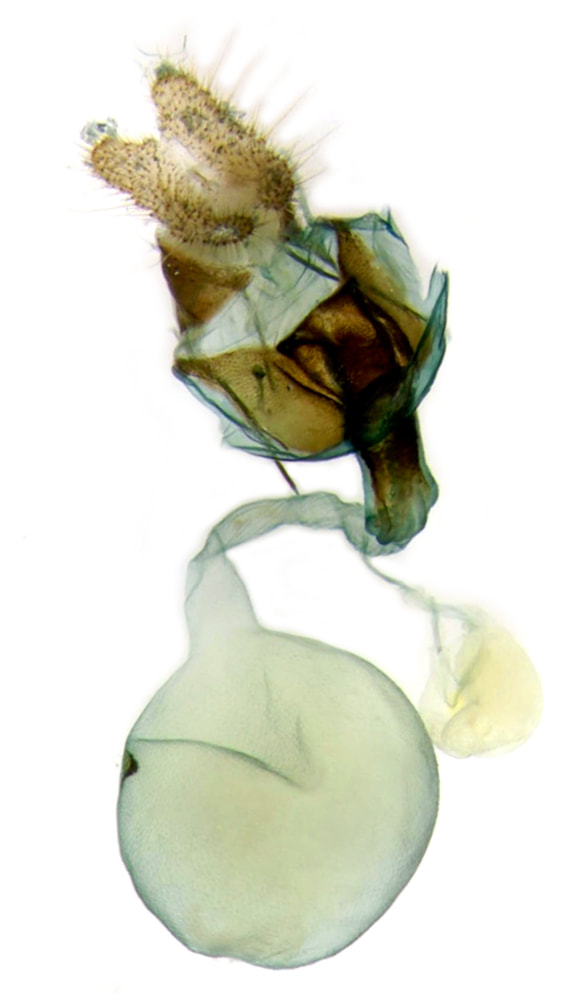 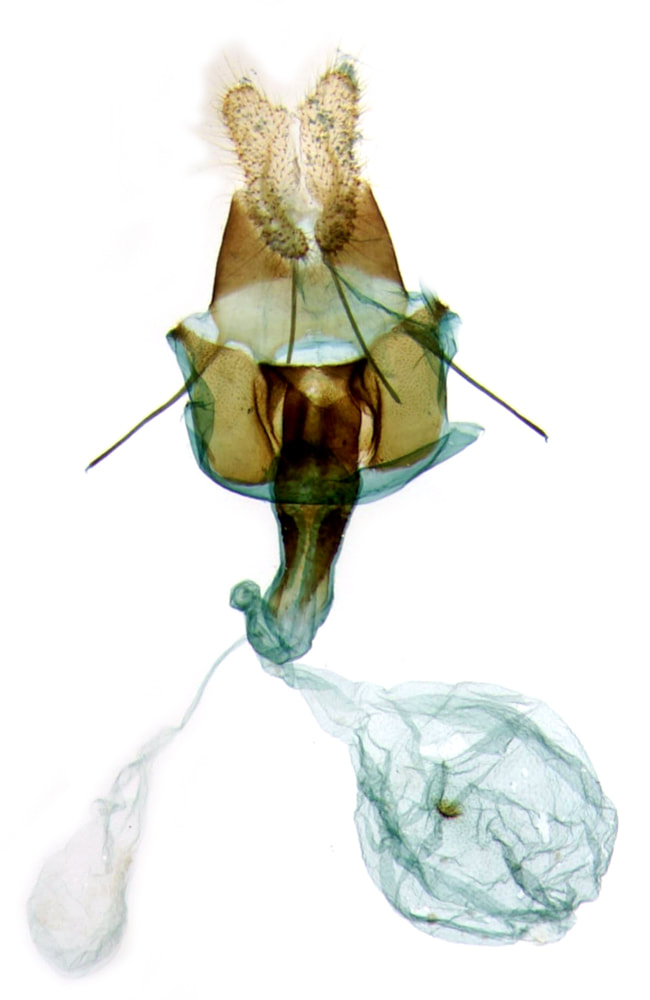 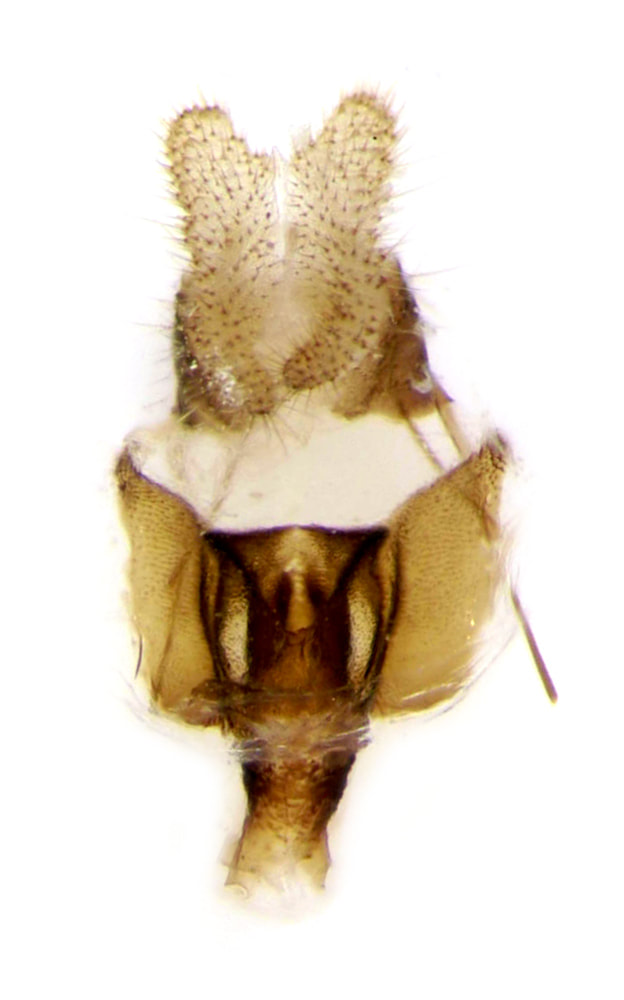 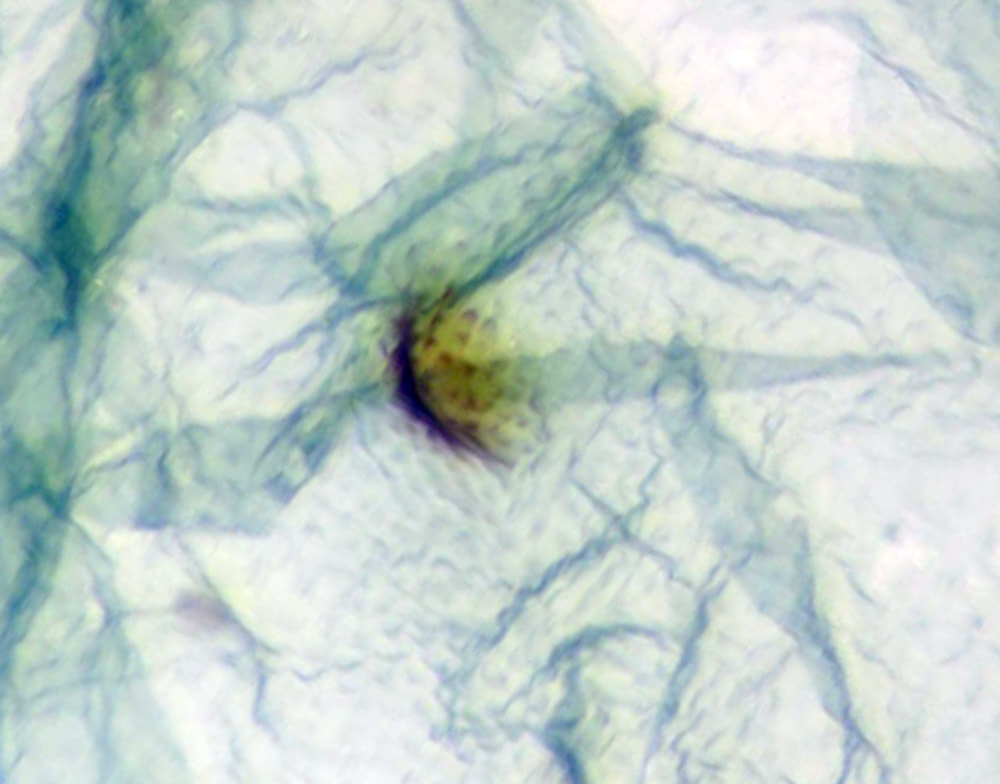