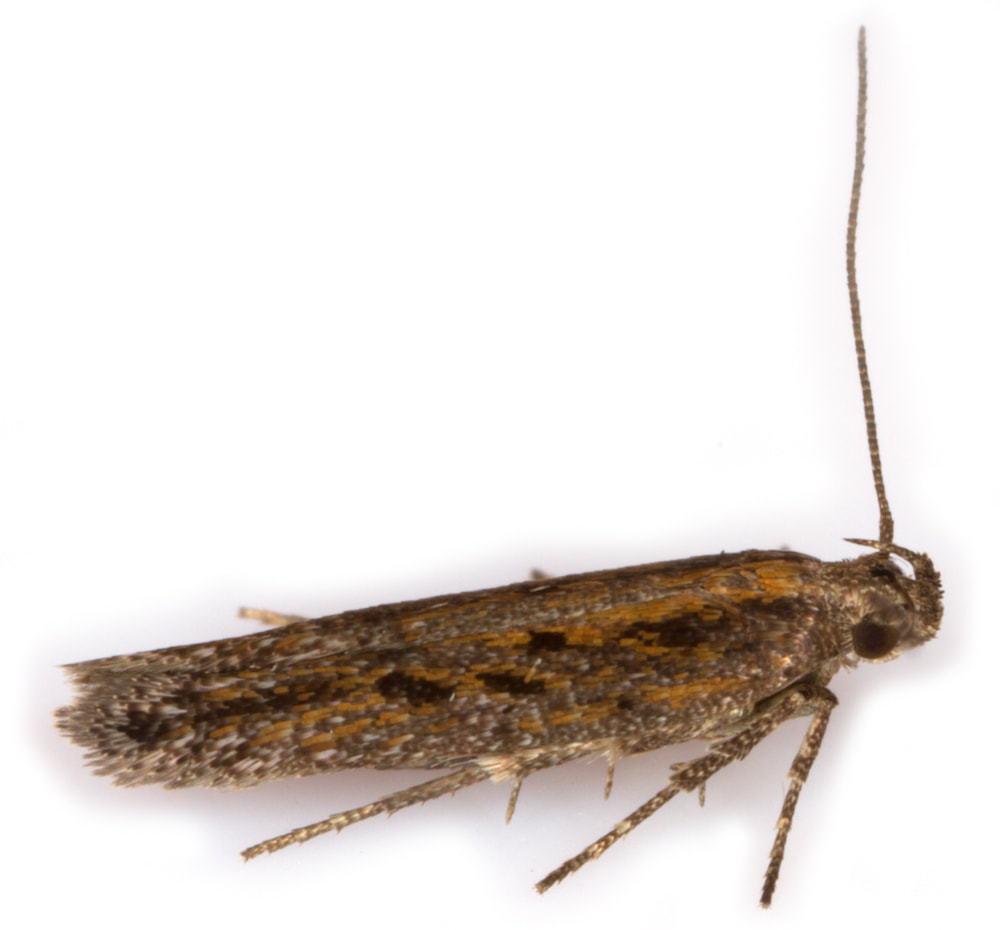 Scrobipalpa artemisiella §1 male
ID: It is possible that this species can be identified without genital dissection from its small size ferruginous streaks and prominent dark stigmata (and I was specifically looking for it on wild thyme) - but the forewing markings are variable and the size does overlap with some other Scrobipalpa species.
Male genitalia: Coremata present; posterior margin of uncus not distinctly notched; saccus less than 2x length of pedunculus; apical arc of aedeagus narrow; posterior process of vinculum not distinctly shorter than succulus; posterior process of vinculum slender.
The male genitalia of  S.artemisiella and S.stangei are indistinguishable. S.stangei is larger (ws 14-16mm); occurs in saline habitats; has only occurred in GB on the Isle of Wight and not since the 19th century. 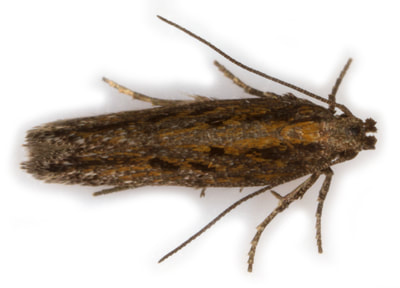 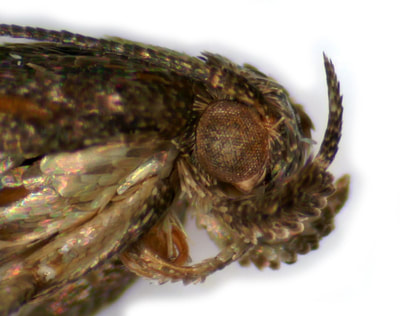 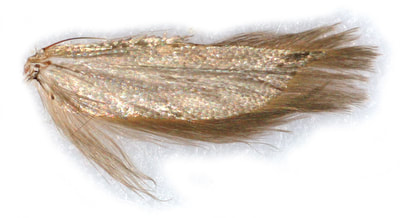 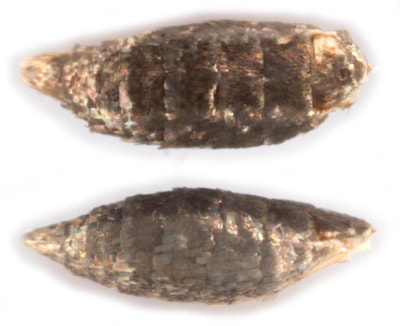 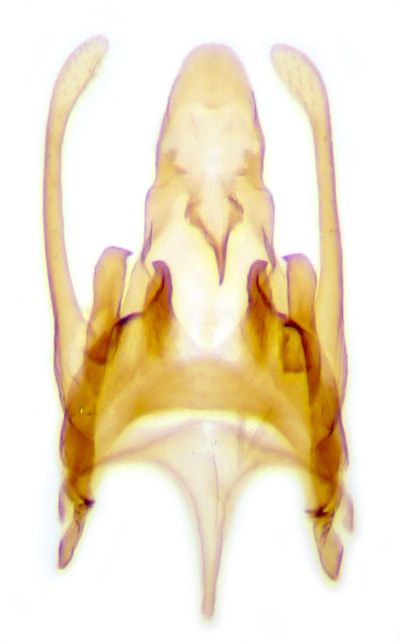