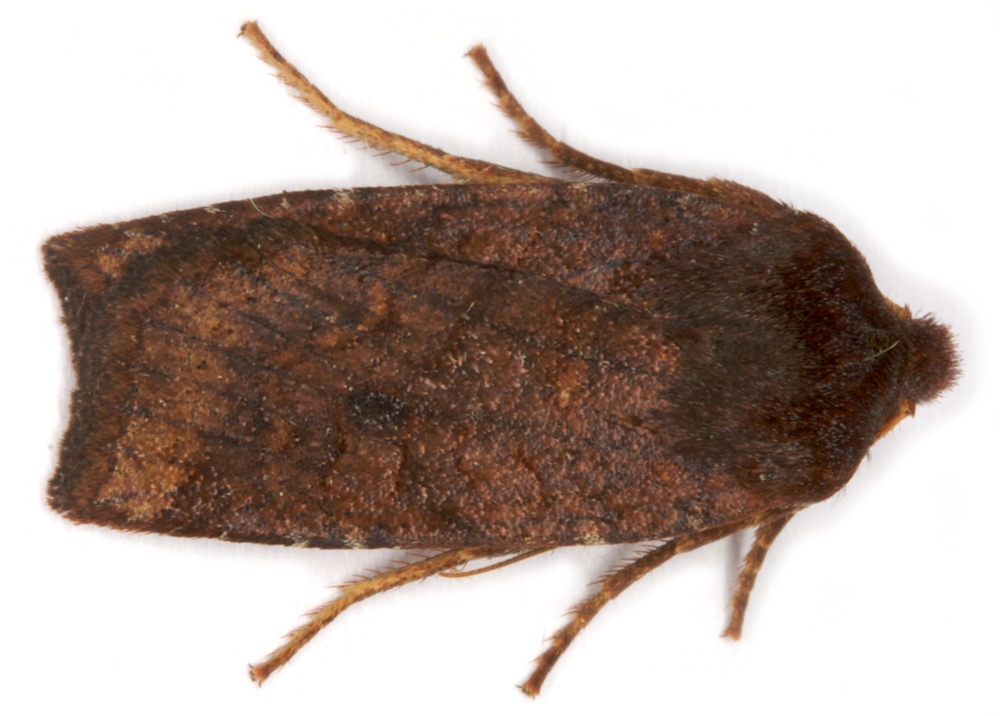 Conistra (Conistra) ligula (Dark Chestnut) §1 male
ID: Forewing ground colour usually a shade of dark brown; forewing apex pointed, apical half of termen straight or slightly concave. C.vaccinii (Chestnut) has a rounded apex and termen. C.erythrocephala (Red-headed Chestnut) is larger (fw: 16mm), its head is lighter than the thorax (concolorous in C.ligula) and it has 2 or 3 small black dots in the kidney mark.
Male genitalia: There do not appear to be any significant differences in the armature between this species and C.vaccinii. In the aedeagus both species show single stout basal and apical cornuti and a central group of fine cornuti. In C.vaccinii the apical conutus has a broad base (somewhat resembling a plunger), the basal cornutus is angled at around the junction of its basal 1/3 with apical 2/3 and the central group has fewer and stouter cornuti than in C.ligula. In C.ligula the apical cornutus is not expanded at the base and the basal cornutus is fairly straight.
Female genitalia: An image comparing this species and C.vaccinii is shown at Moth Dissection, but the relevant differences between the species are not indicated or described. The images appear to show that the introitus vaginae is significantly more elongate in C.ligulae and that the bursa copulatrix contains a single small linear signum in C.vaccinii and none in C.ligula. However, Pierce does not illustrate any difference in the introitus vaginae and describes two scobinate band-like signa in C.vaccinii and "signa narrow and inconspicuous" in C.ligula. 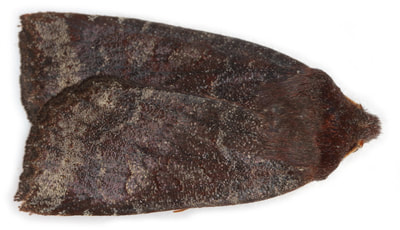 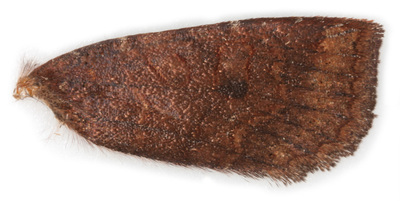 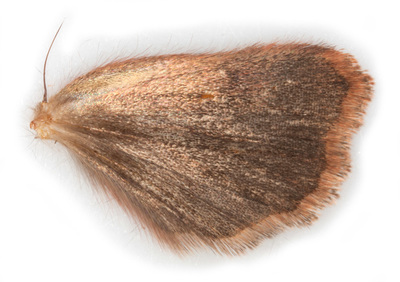