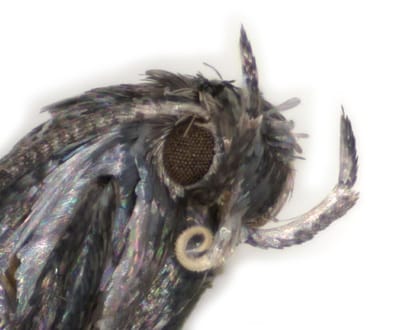 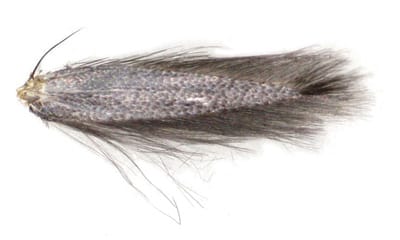 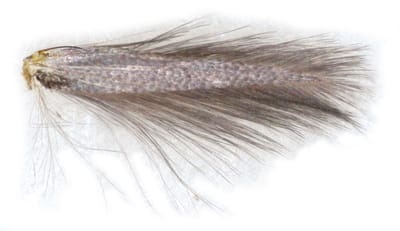 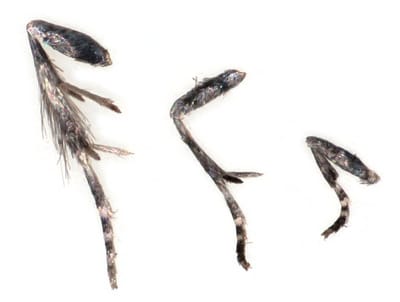 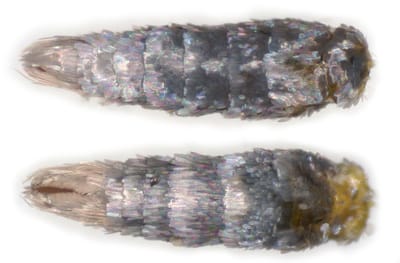 Male genitalia: Uncus lobes separated by a V-shaped notch narrower than an uncus lobe; dorsum of valva without a distinct hump; aedeagus swollen subapically and notched at apex. MBGBI3 states that this species has a single small cornutus and illustrates 3 examples, each with one medium-sized cornutus and one of which has an additional small cornutus; the image at Moth Dissection shows one medium and one small cornutus. §1&2 have one and two medium cornuti respectively. The preapical swelling of the aedeagus is mentioned in the text in MBGBI3 as a diagnostic feature and is illustrated in all 3 examples shown there and is not ilustrated for any other Elachista species; it is seen in both §1&2 - but it is not seen in the image at Moth Dissection. 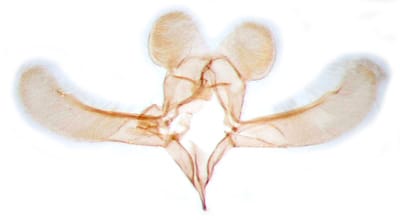 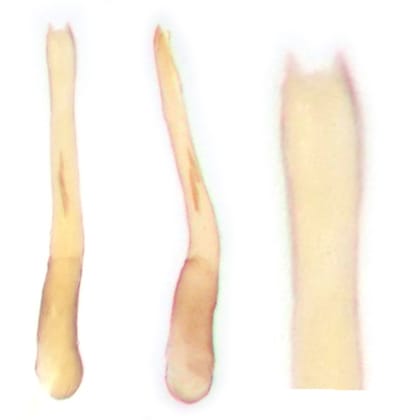 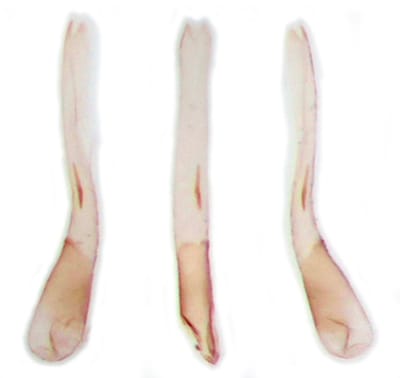