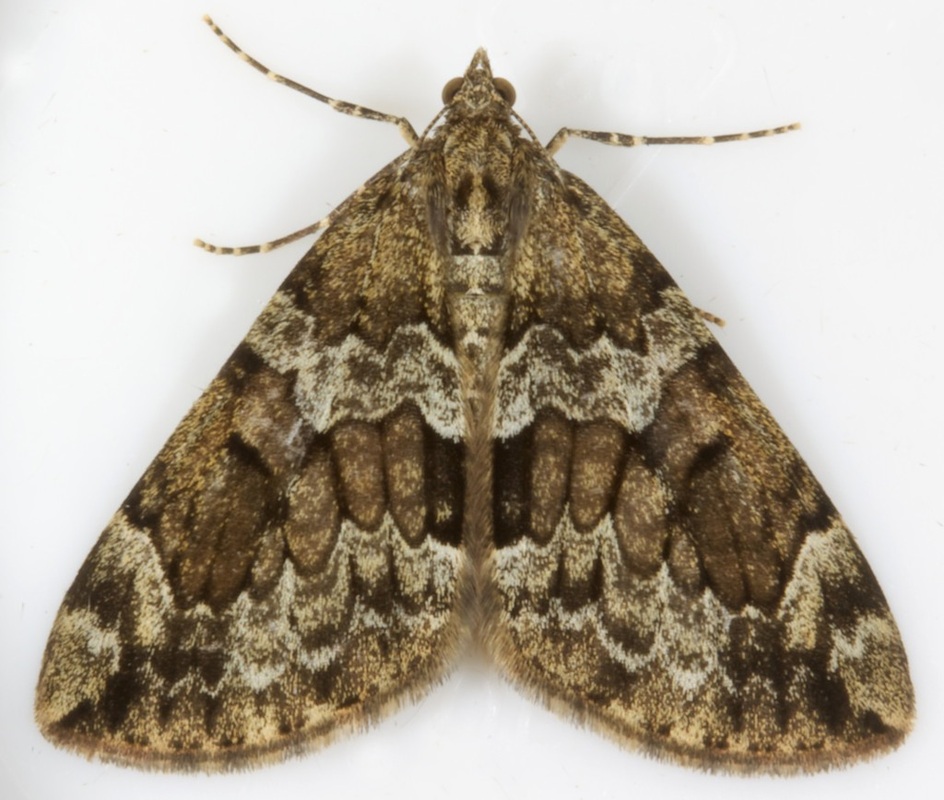 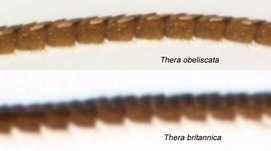 ID: Very similar to, and some individuals may be indistinguishable from, T.obeliscata (Grey Pine Carpet). According to the 'difficult species guide' the only absolute distinguishing feature is in the male antenna. Viewed ventrolaterally T.obeliscata has simple antennae, each segment being more or less rectangular with a rounded 'shoulder' at its distal end. T.brittanica has slightly serrate antennae, each segment being broader with an angular protruding 'shoulder' at its distal end. (The illustrations in the difficult species guide and at dissection group also show the scales on the dorsal surface of the antennae to be semi-erect in T.britannica and more less appressed in T.obeliscata - but I have been unable to confirm this as a valid distinction. The cilia on the ventral surface also appear significantly longer in male T.britannica).
Typically T.brittanica has a grey-brown ground colour, with well-marked white admixture in bands either side of the median fascia and the white subterminal line is also well-marked. Typically T.obeliscata varies in forewing colour from pale sandy-brown through red-brown to dark grey brown, lacks the white admixture and has an indistinct or absent subterminal line. The margins of the median fascia tend to be more notched in T.brittanica and smoother in T.obeliscata. None of these distinctions is absolute, but a specimen displaying the full set of typical features for one or other species should be that species. Many specimens, however, do not display a full set of typical features.
There are no consistant genital features for separating T.obeliscata from T.britannica in either sex.
(T.variata which occurs in mainland Europe also has the common name Spruce Carpet. T.(v.)britannica has been considered to be a ssp of T.variata, but T.variata has antennal features more like T.obeliscata. It also has indistinguishable genitalia. It has not been reported in Britain).
<
> 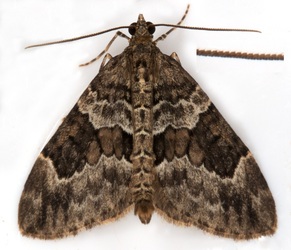 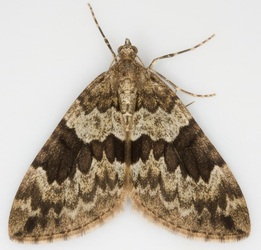 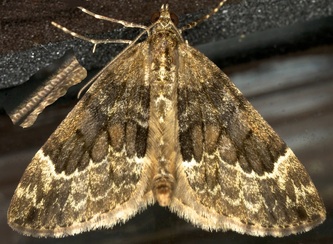 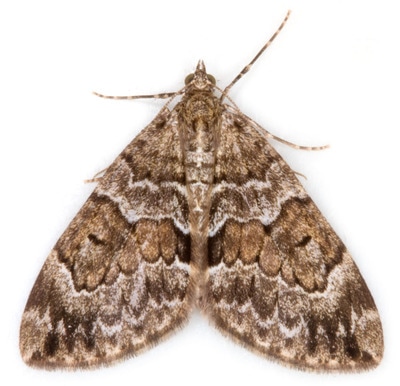 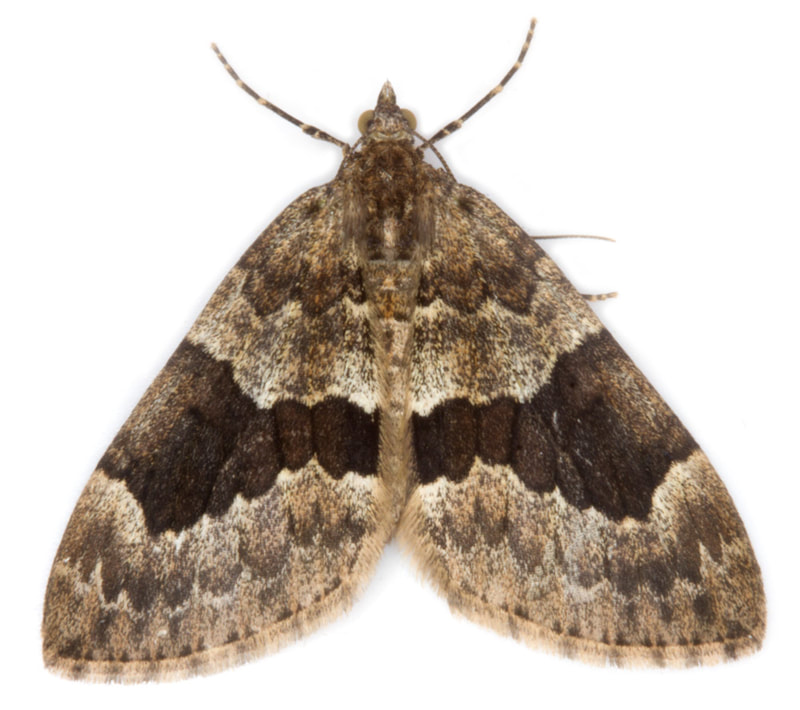 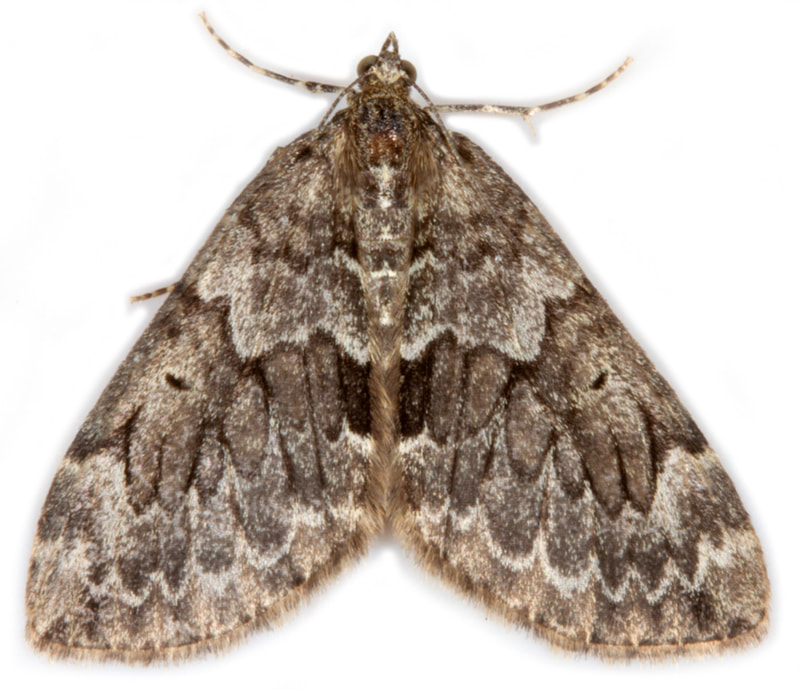 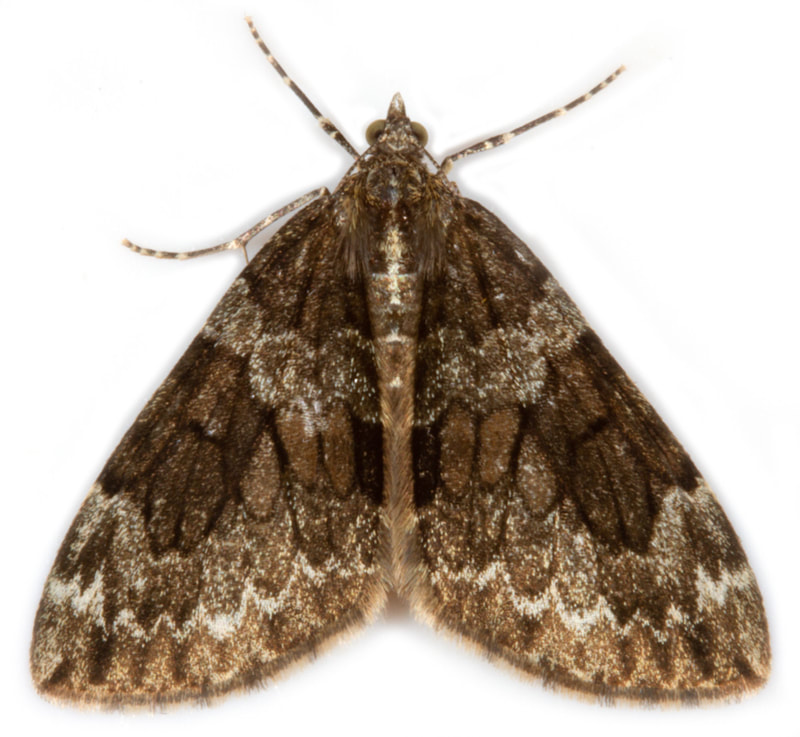 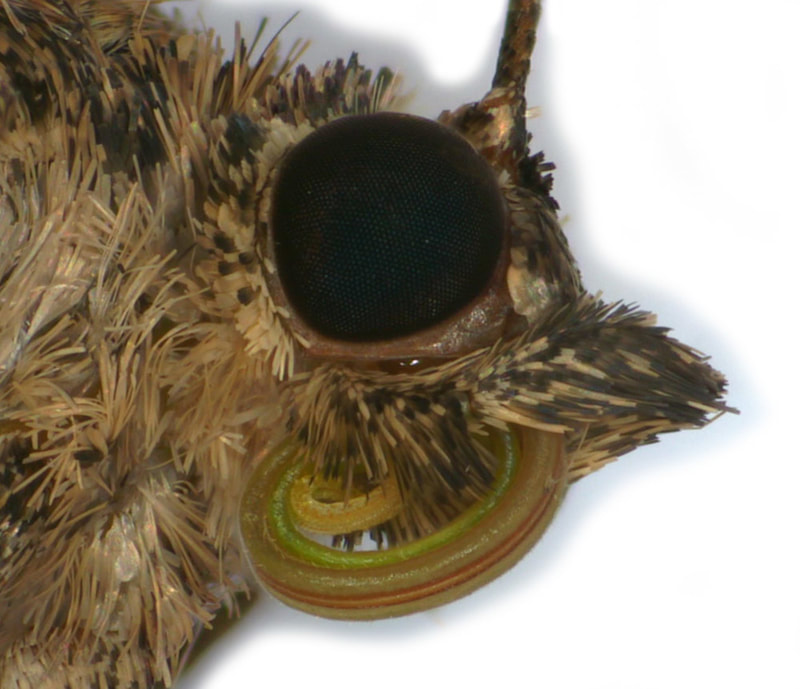 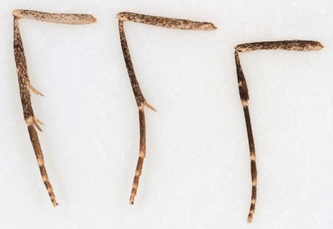 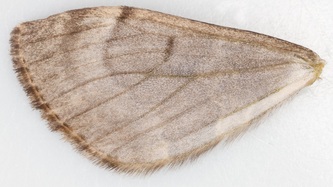 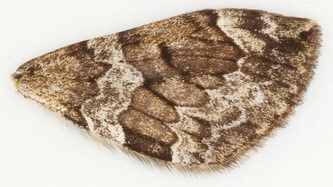 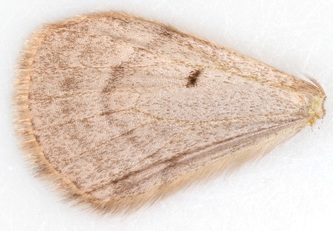 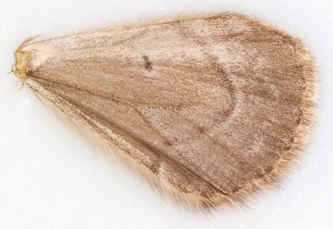 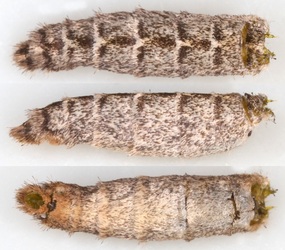 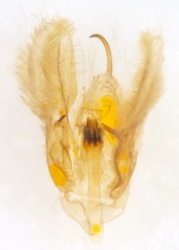 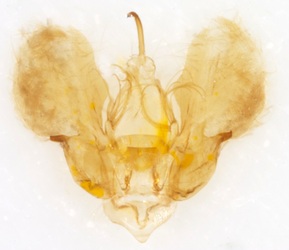 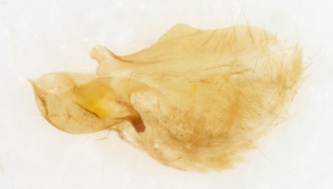 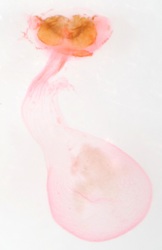 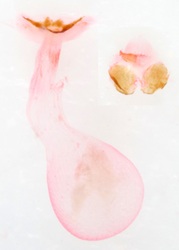 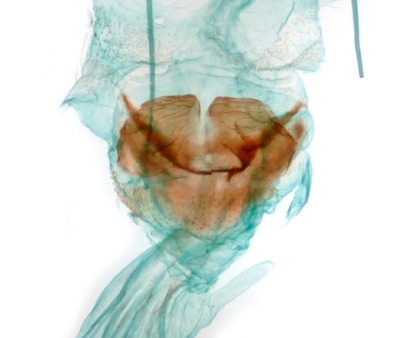 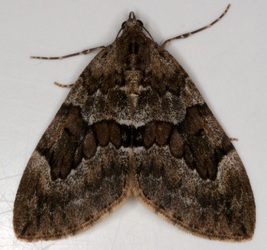 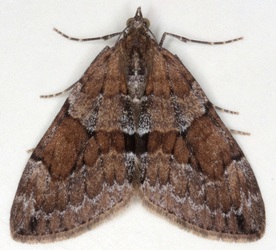