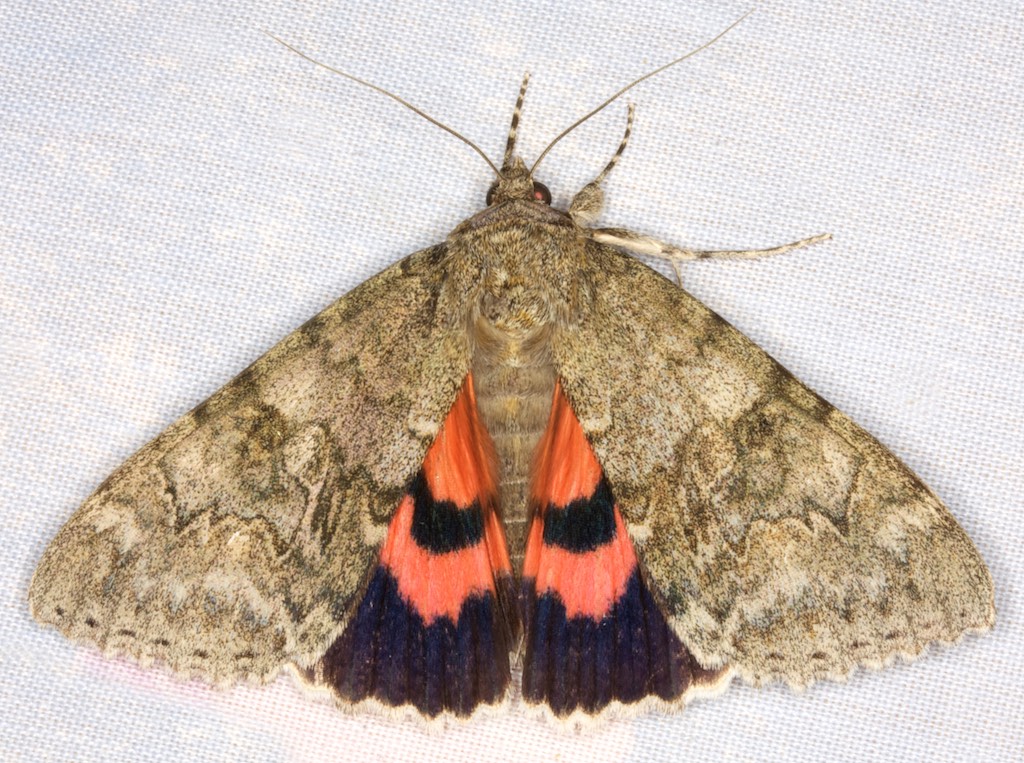 Catocala nupta (Red Underwing) §3
ID:  There are 8 Catocala species on the RES British list. C.nupta is the only common and widespread species. All have a grey-brown forewing with jagged cross-lines. C.nymphagogga (Oak Yellow Underwing) (rare migrant) is much smaller than the others (fw 17-21mm) and has a yellow hindwing ground colour. C.fraxini (Clifden Nonpareil) (scarce migrant) is larger than the others (fw 41-48mm) and has a black hindwing with a blue postmedian line. The remaining 6 species all have a red hindwing with a broad black border and a black median cross-band. C.electa (Rosy Underwing) (rare migrant) has a smooth texture to the forewing, more granular in C.nupta; its jagged postmedian line is black and has a black mark projecting from it to the termen just before the apex. C.promissa (Light Crimson Underwing) and C.sponsa (Dark Crimson Underwing) are both largely confined to the New Forest but may occur elsewhere as rare migrants; both are smaller than C.nupta (fw 26-32mm and 29-34mm respectively) and in both the forewing is a darker grey-brown than in C.nupta. C.conjuncta (Minsmere Red Underwing) (single British record, 2004) has a distinctive forewing pattern. The postmedian black cross-band on the hindwing differs between these species: in C.nupta it is broad and forms an irregular ‘C’; in C.promissa it forms a very shallow ‘W’; in C.sponsa it forms a pronounced ‘W’ and in C.conjuncta it forms a very shallow 'C'. In both C.promissa/sponsa the postmedian cross-band is narrower than in C.nupta and the terminal black band narrows markedly in its dorsal 1/3 while in C.nupta it remains broad until immediately before the dorsum. C.elocata (French Red Underwing) (single British record) is very similar to C.nupta; in C.elocata the hindwing postmedian band is a smooth ‘C’ shape of even width in the costal half and tapering towards the dorsum; in C.nupta the ‘C’ is more angular and is pinched in the costal half.
<
> 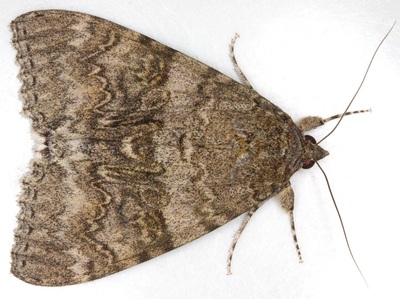 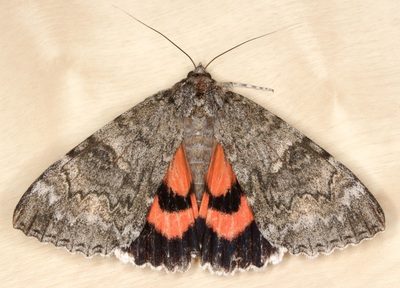 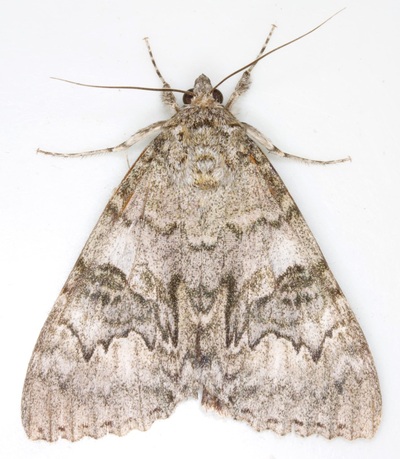 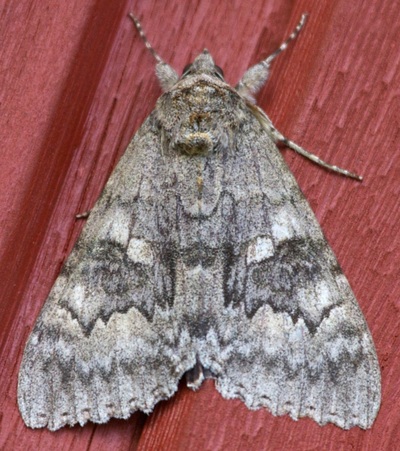 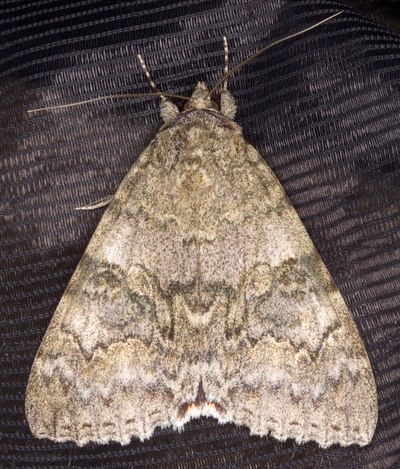 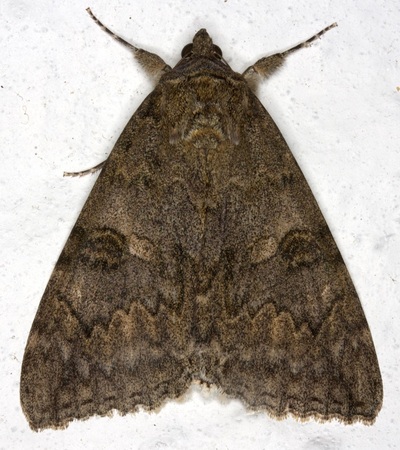 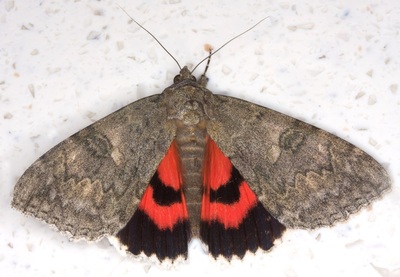 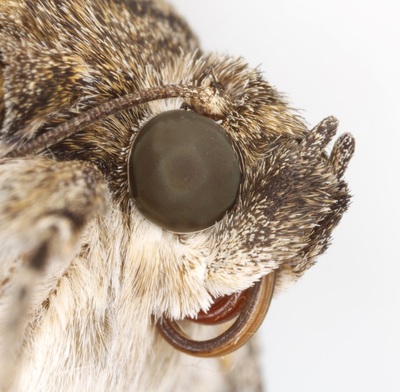 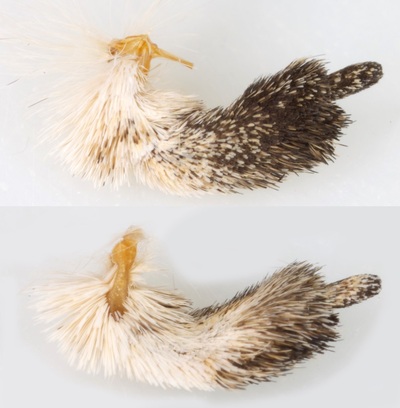 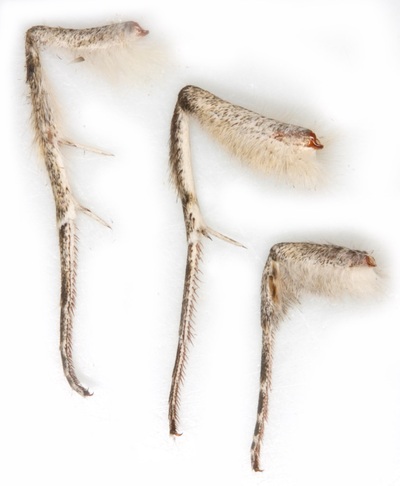 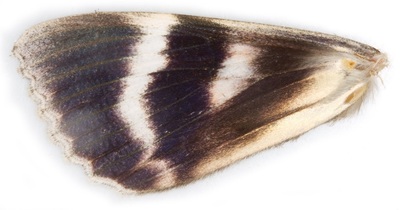 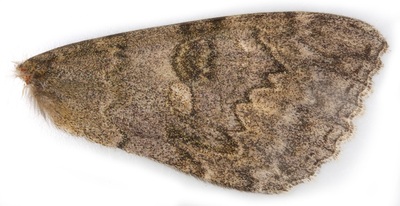 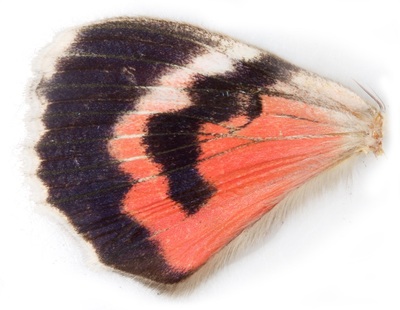 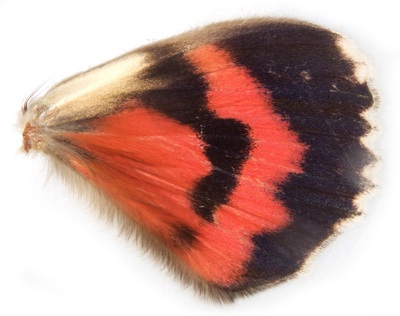 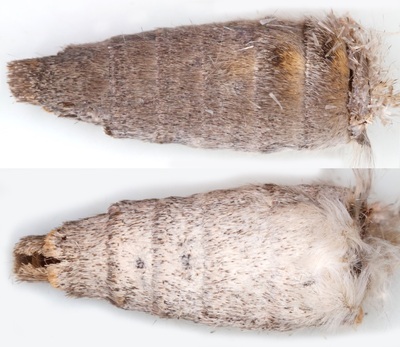 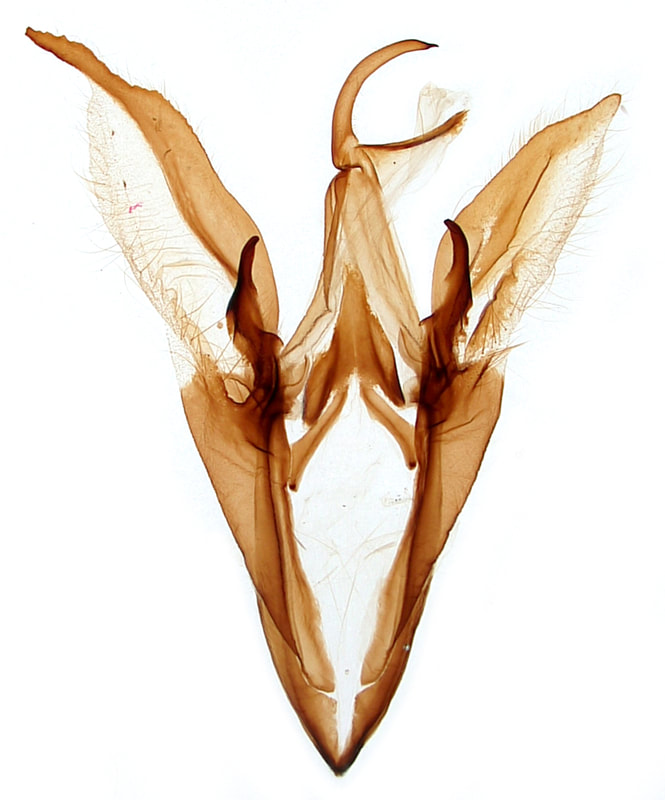 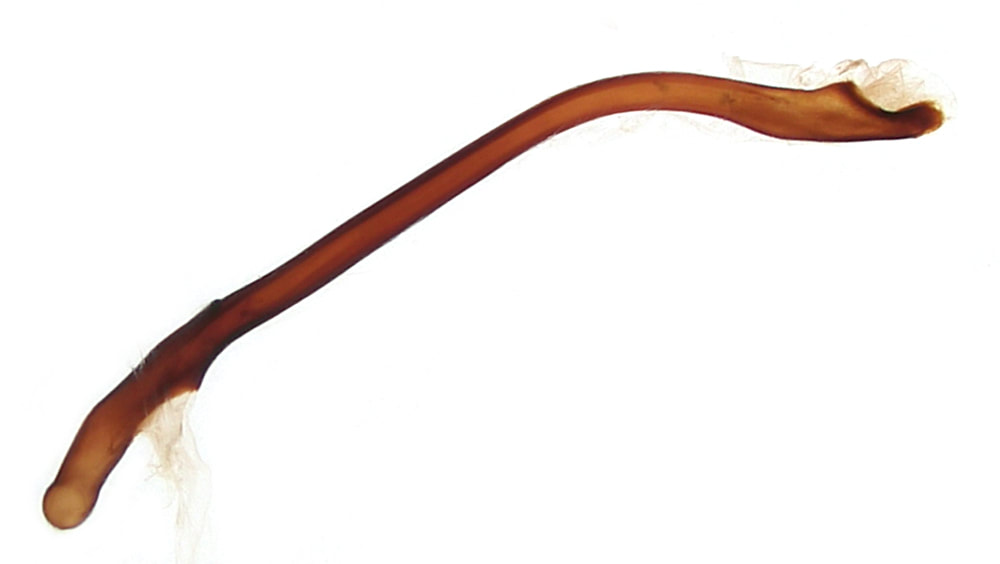