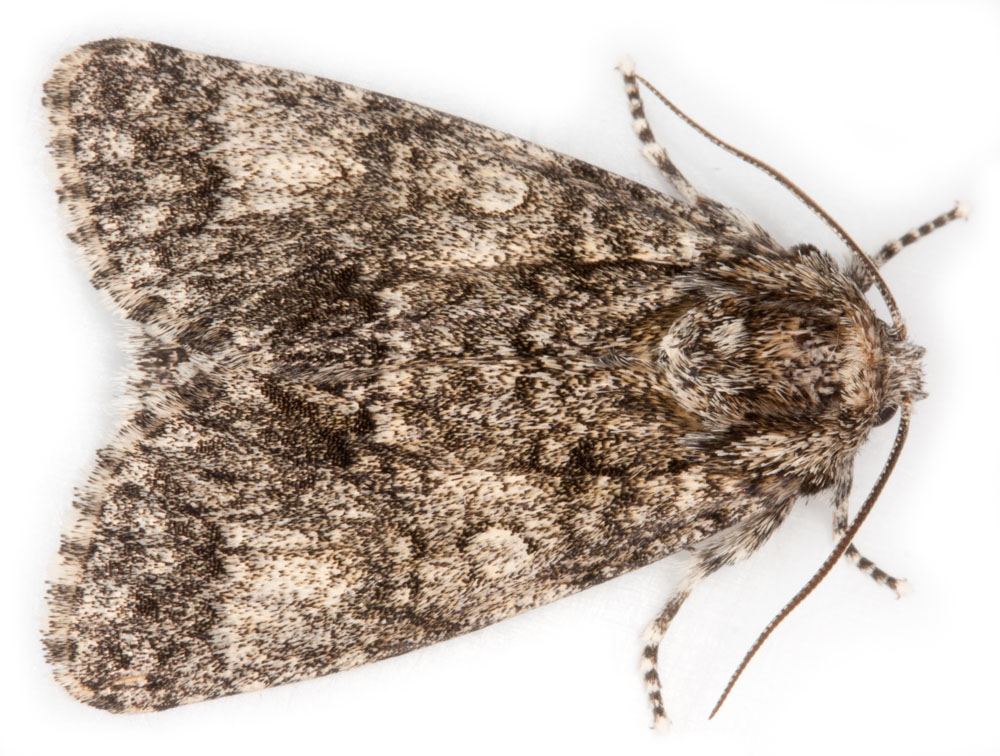 Subacronicta megacephala (Poplar Grey) §2
ID: Forewing grey with a pale area distal to the kidney mark. May resemble A.rumicis (Knot Grass) which may show a lesser degree of paleness distal to the kidney mark, a strikingly white spot at the mid-dorsum (this marks the dorsal end of the postmedian line which is otherwise poorly marked in A.rumicis and much better and more evenly marked in S.megacephala). The hindwing is white in male and pale fuscous in female S.megacephala, in both cases with clear black veins and terminal line; in A.rumicis the hindwing is brownish-fuscous without well-marked veins. Appears to have a dorsal abdominal crest - absent in all Acronicta species (to be confirmed).
Male genitalia: apex of valva produced into a narrow process directed at 90 degrees to the costa.
All Acronicta species have a blunt-ended valva - this is probably the difference that justifies placing S.megacephala in a separate genus. 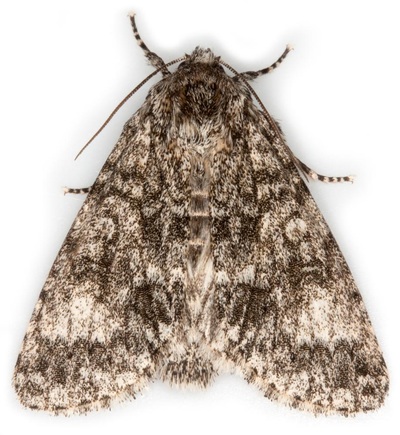 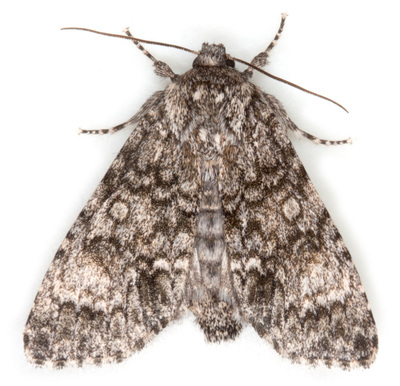 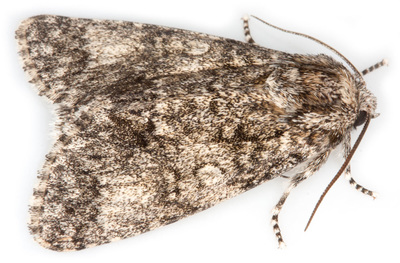 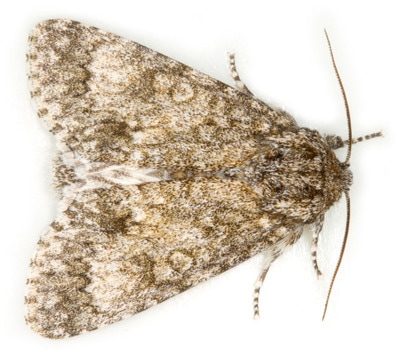 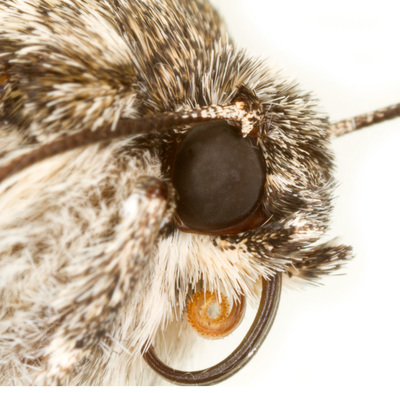 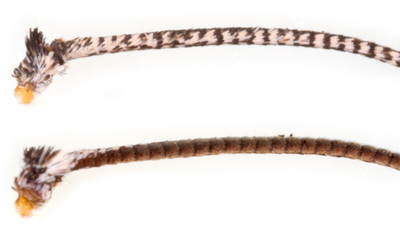 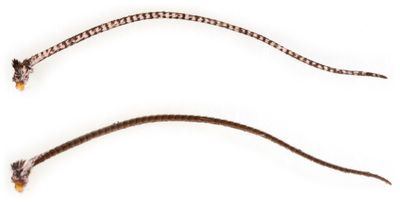 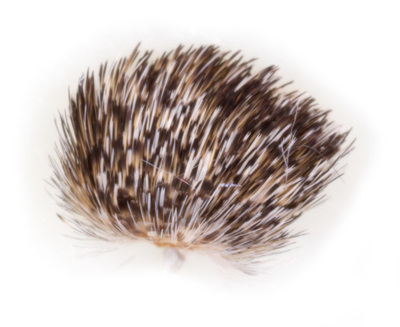 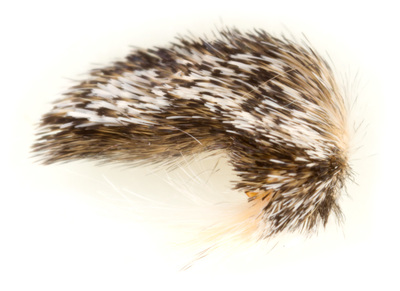 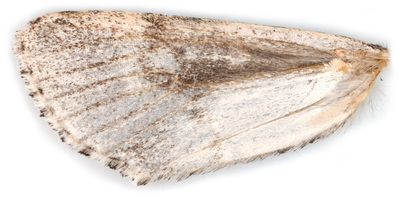 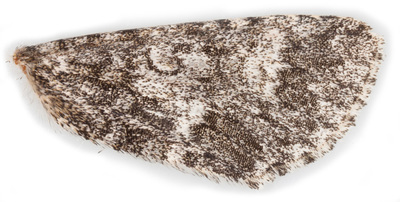 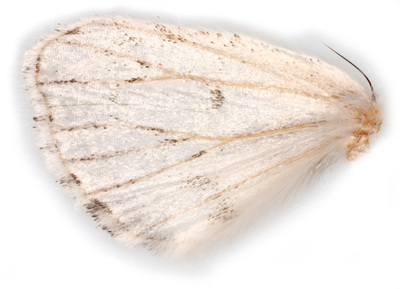 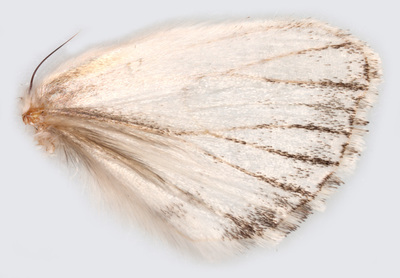 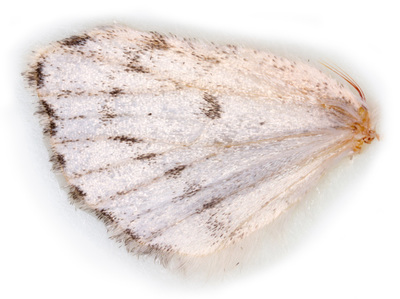 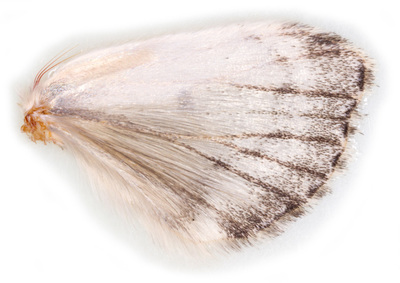 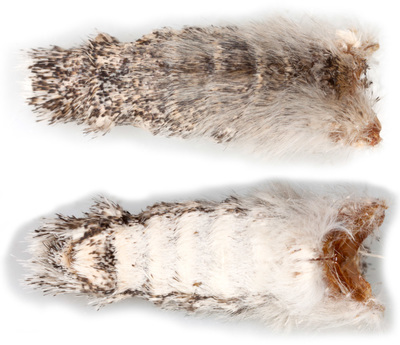 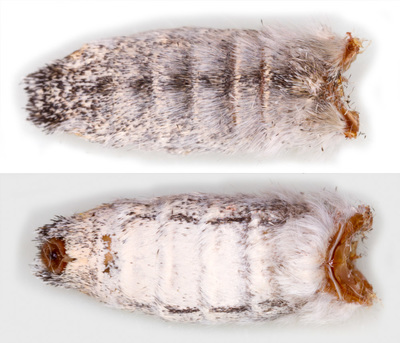 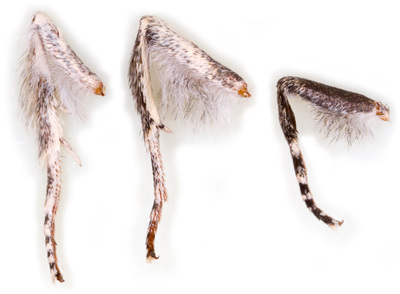 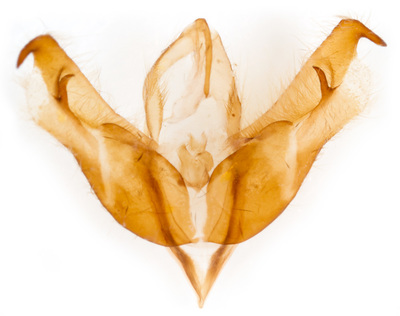 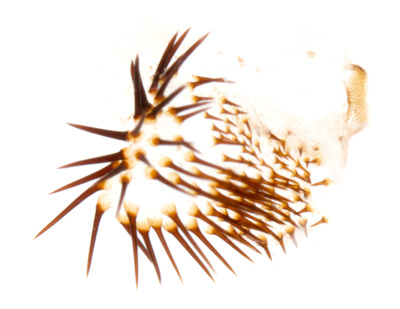 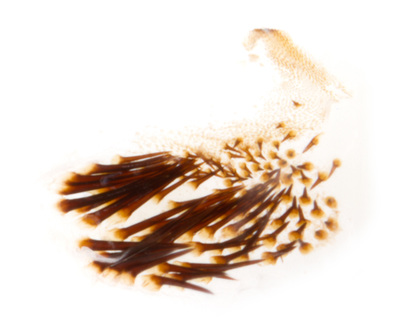 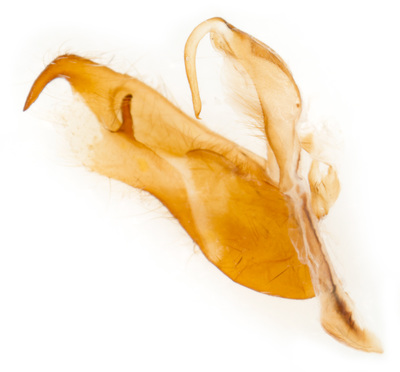 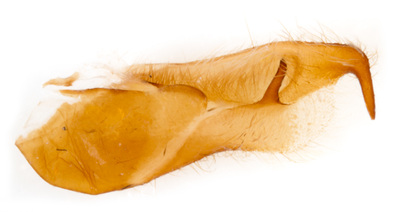 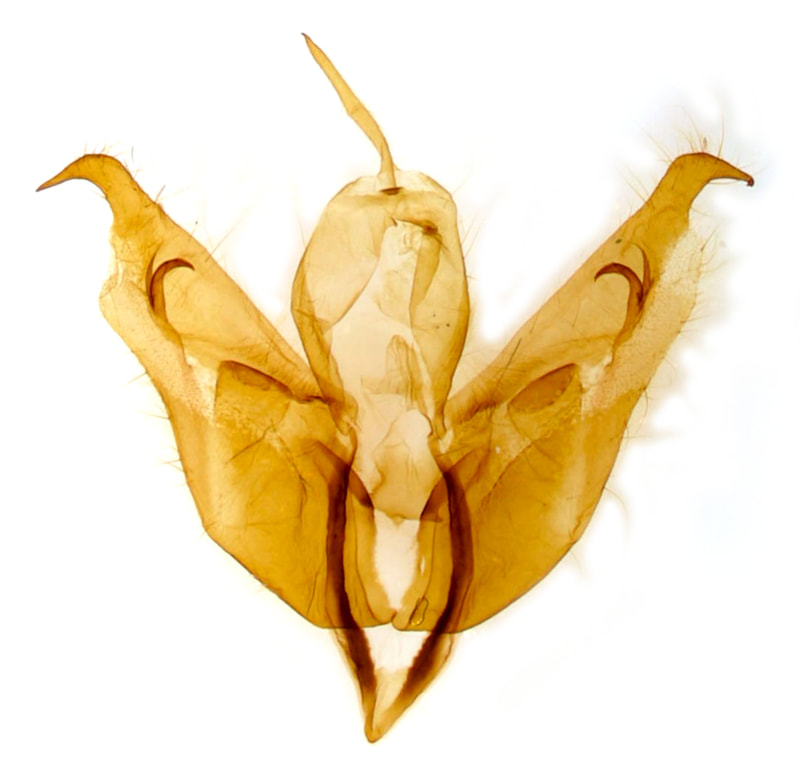 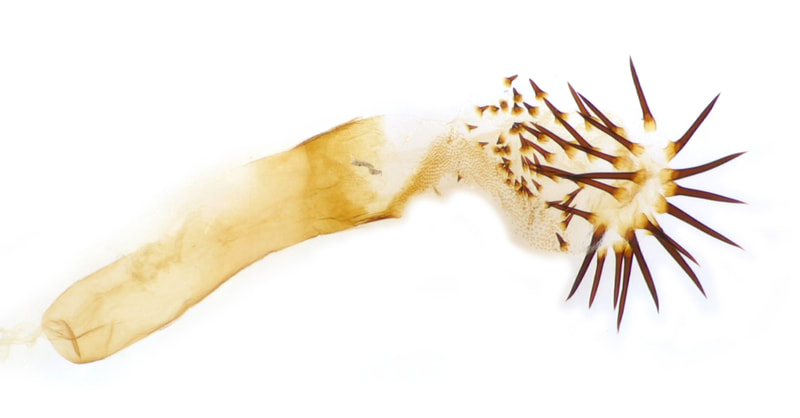 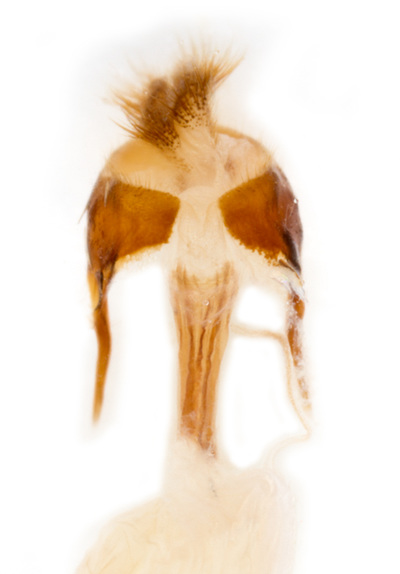