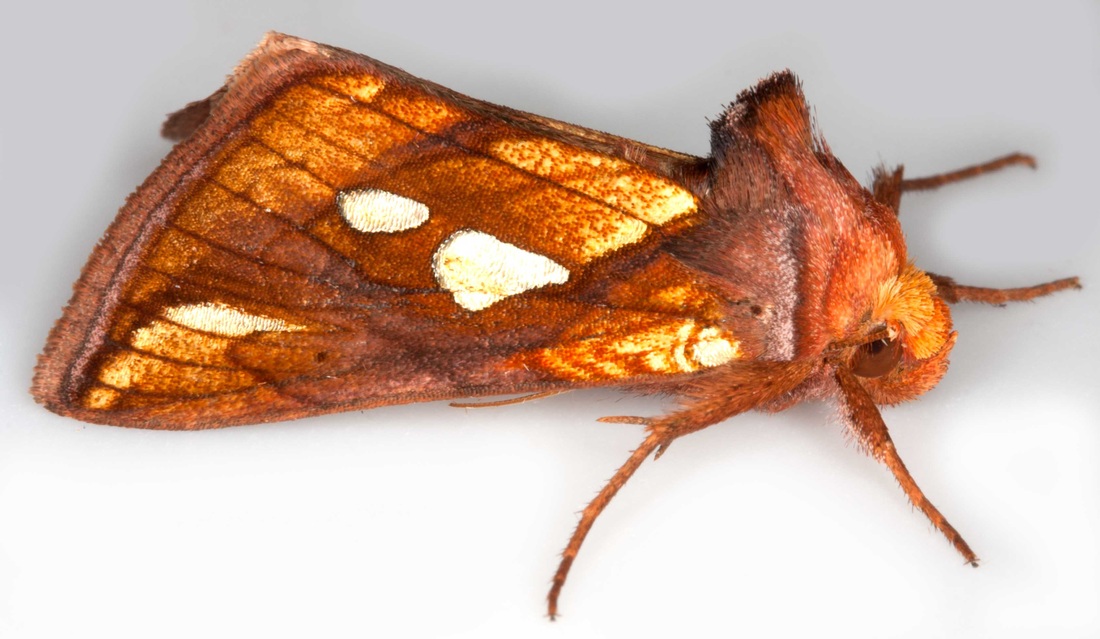 Plusia festucae (Gold Spot) §1
ID: Forewing orange-brown with 2 prominent central white spots and a series of 4 apical streaks. P.putnami (Lempke's Gold Spot) is very similar – differences are as follows: 1) the more distal white spot is elliptical or tear-shaped in P.festucae, round in P.putnami; 2) the most dorsal of the 4 apical streaks is white in both species, but in P.festucae the proximal end of this streak is angular and comes to a point at its dorsal edge, while in P.putnami the proximal end of the streak is blunt (the postmedian line usually delineates the proximal margin of this streak such that it forms a very acute angle in P.festucae and a very obtuse angle in P.putnami) ; 3) the subterminal line is often indistinct in P.festucae, more distinct in P.putnami; 4) larger individuals should be P.festucae as the forewing length range for P.putnami is 14-15mm (though I have obtained a specimen of fw 15.9mm). MBGBI10 states that genital dissection is needed to determine the species with confidence.
Male genitalia: In the aedeagus the single cornutus is much more elongate in P.festucae than it is in P.putnami (length 8x width vs 4x). There are are 2 processes from the sacculus in both species, one near the base (clavus) and one more distally (clasper). In P.festucae the clasper is very slender and shorter than the clavus, which is clubbed; in P.putnami the clasper is broader and stronger and longer than the clavus which is hardly clubbed (despite clavus meaning 'club'!).
<
> 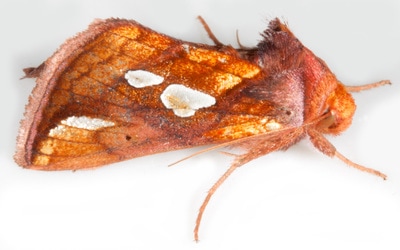 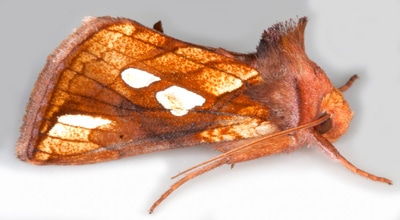 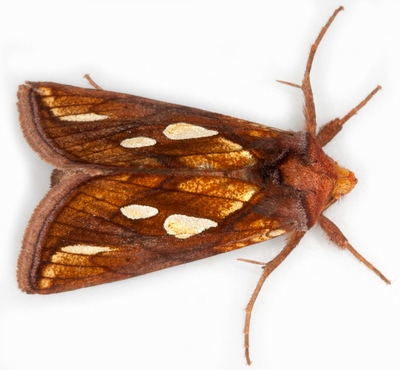 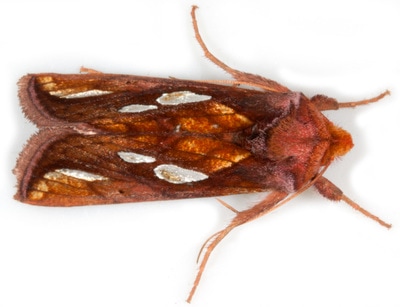 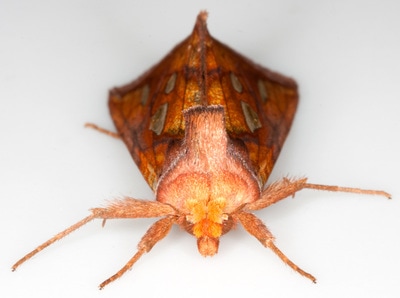 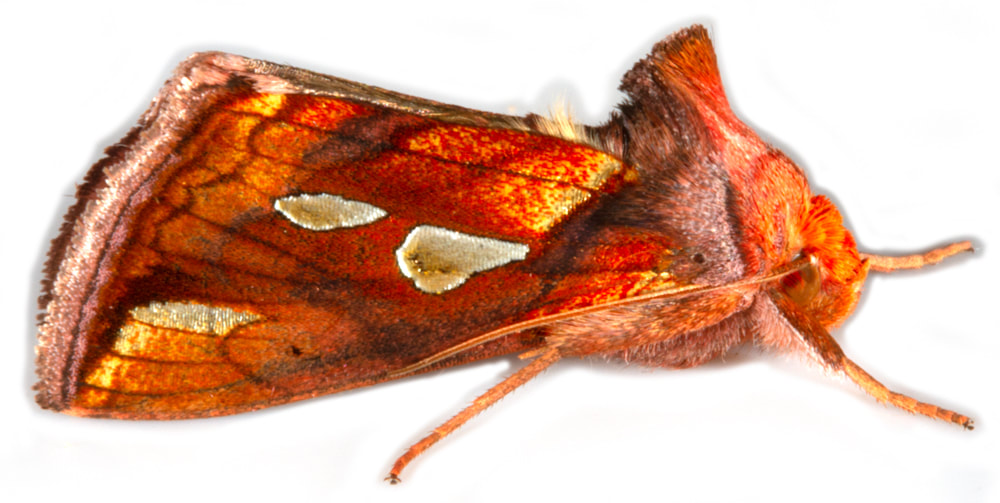 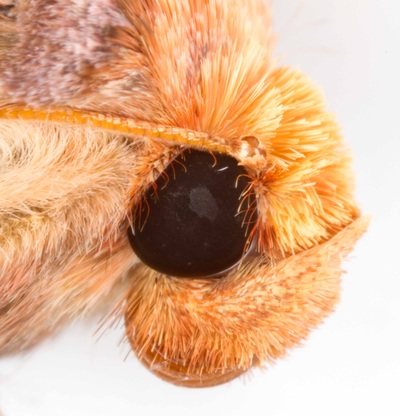 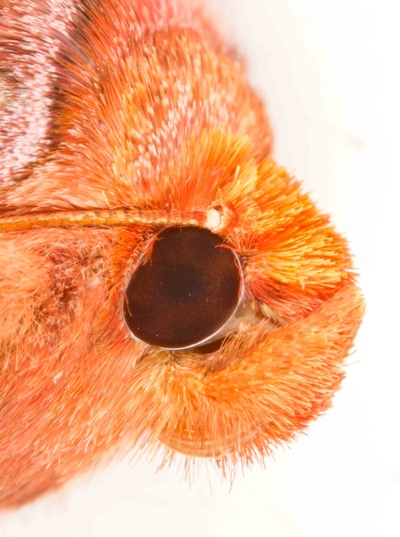 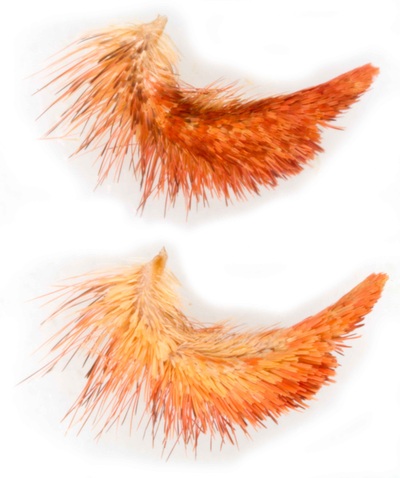 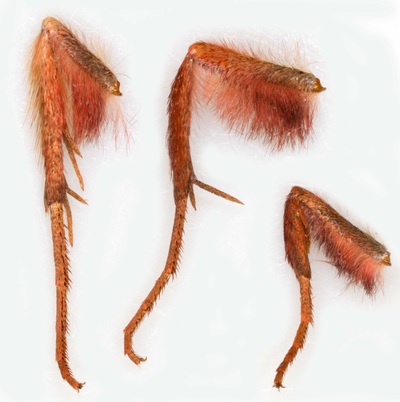 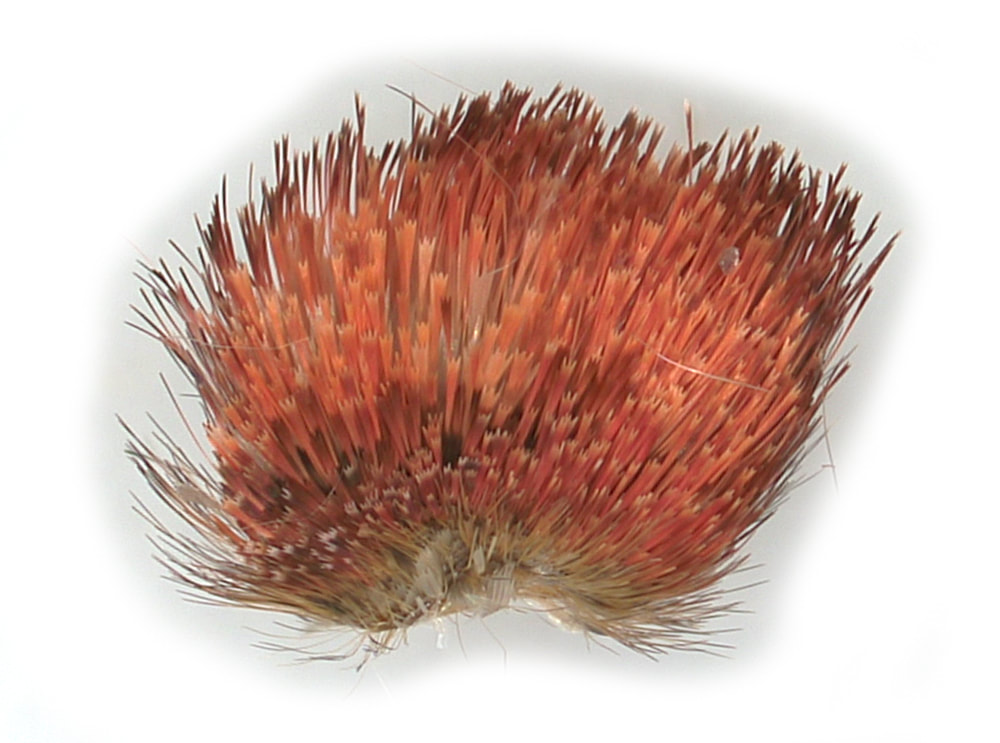 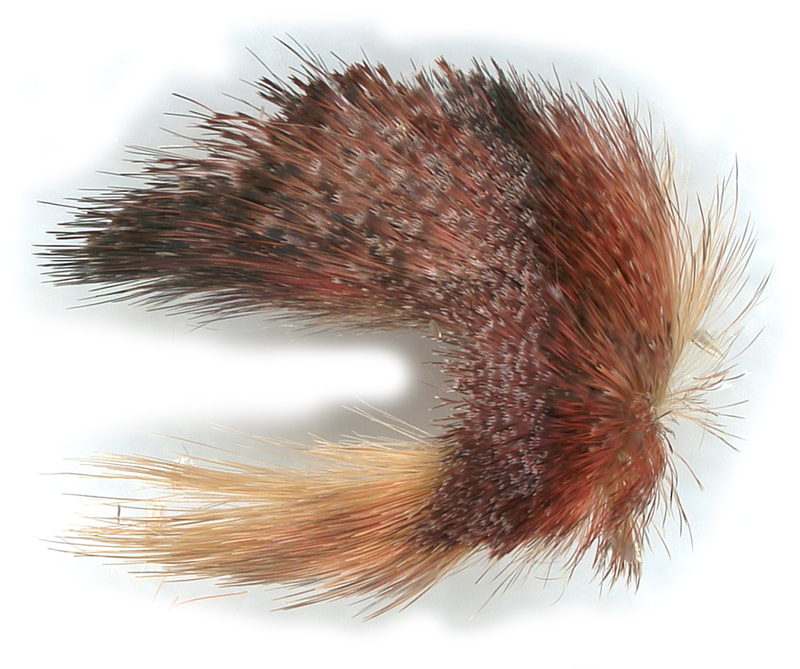 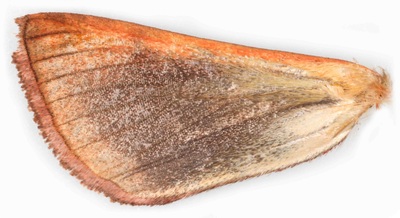 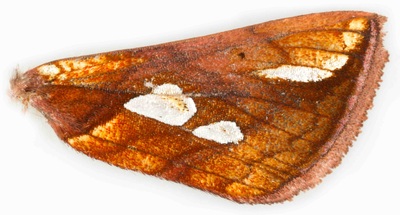 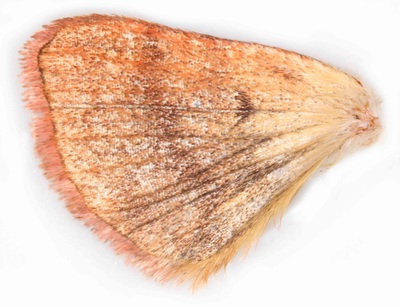 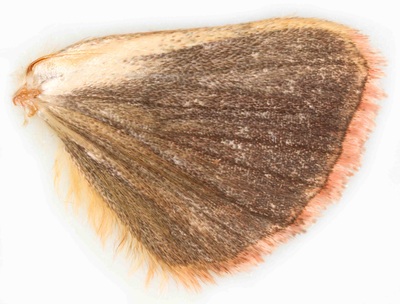 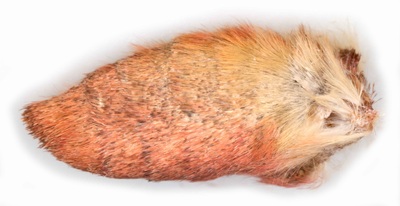 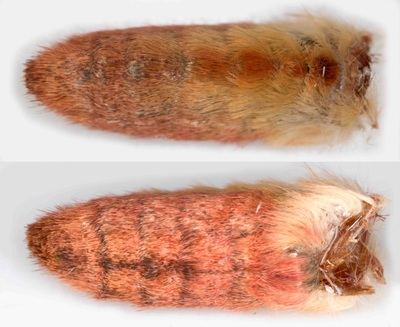 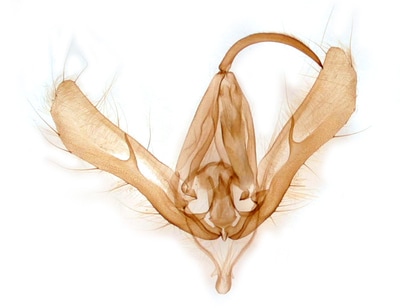 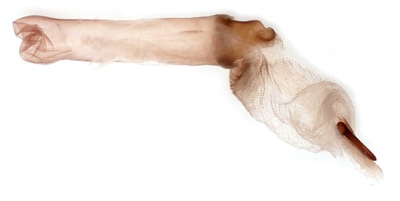 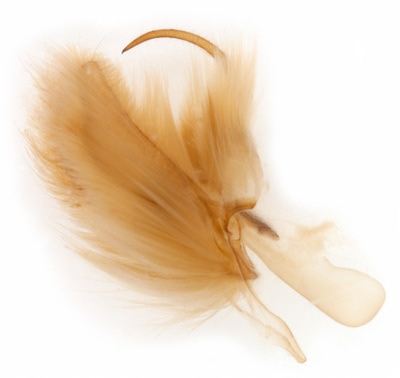 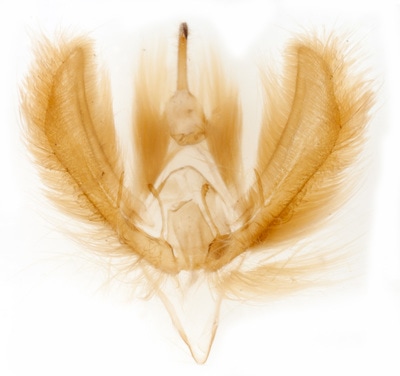 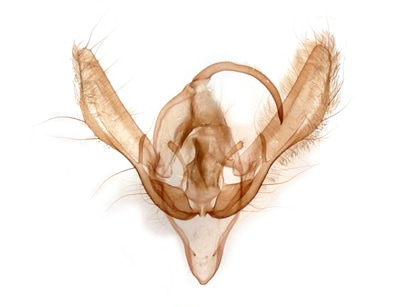 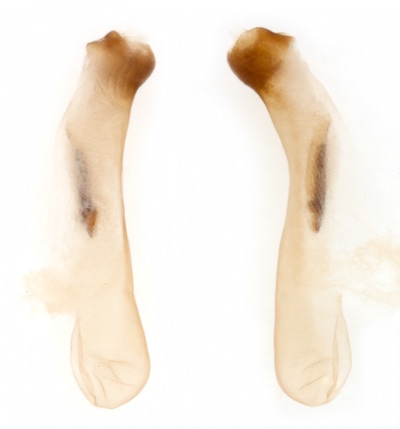 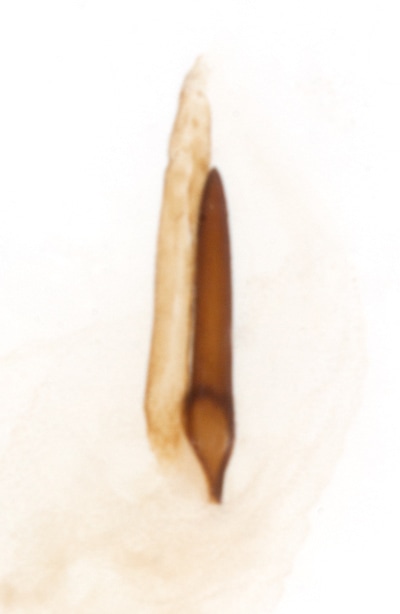 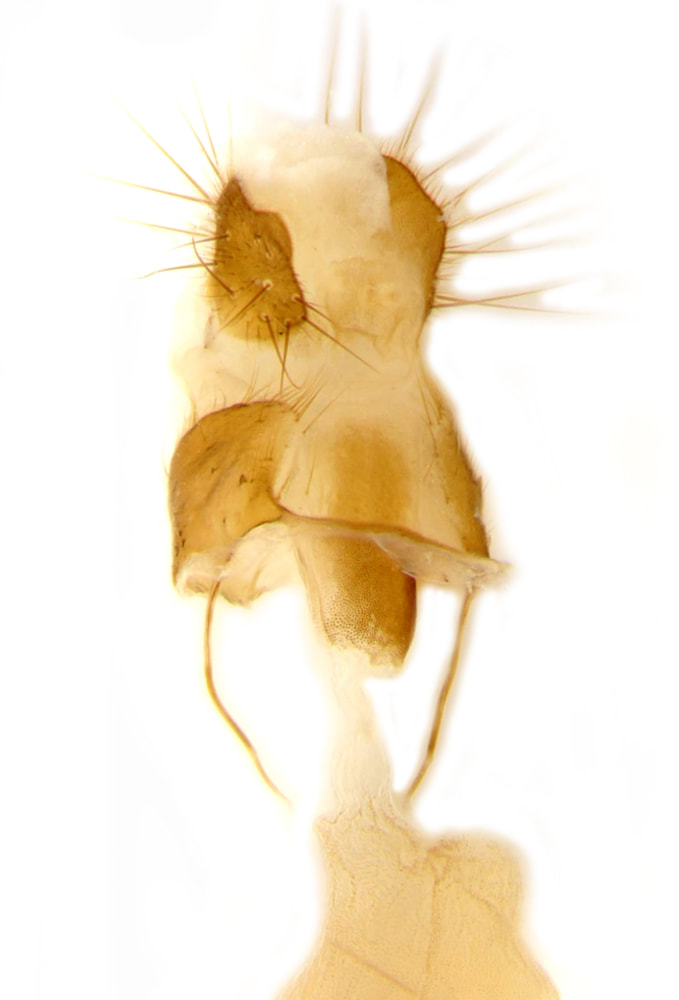 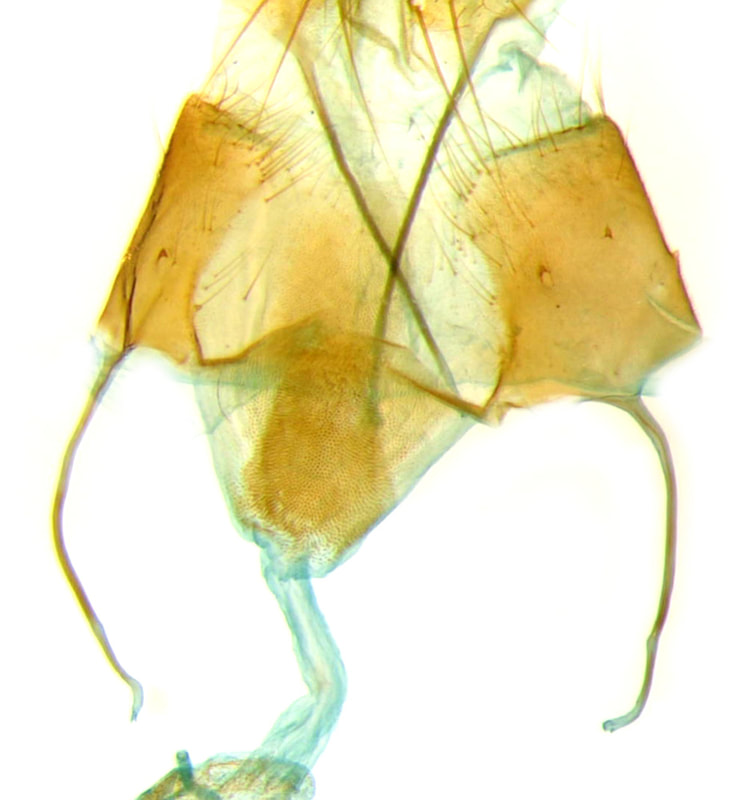 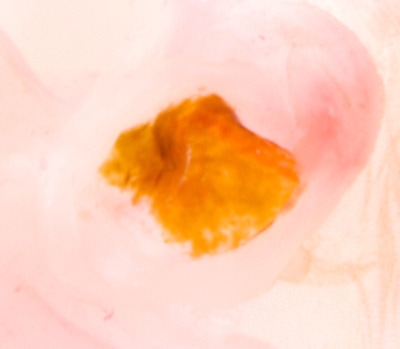 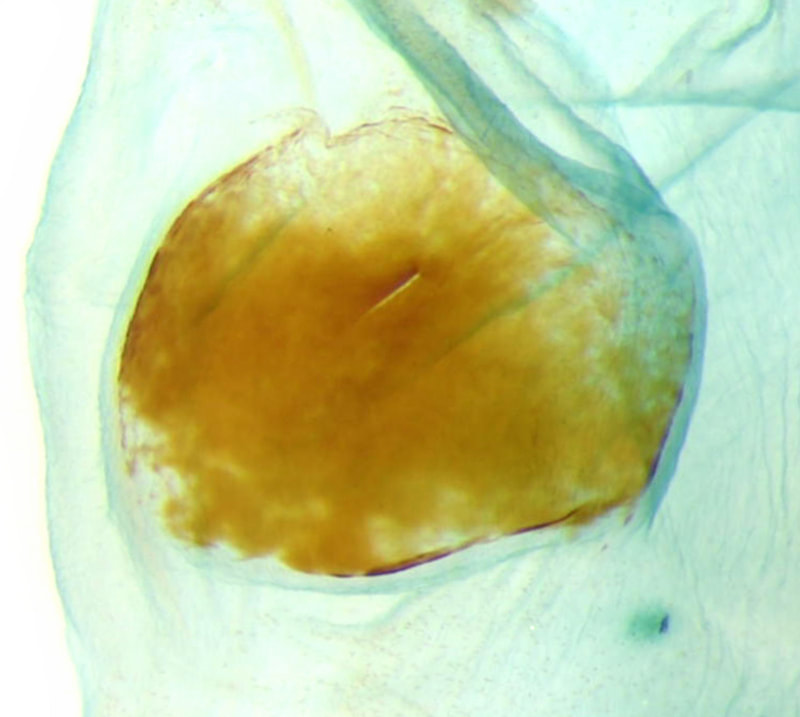