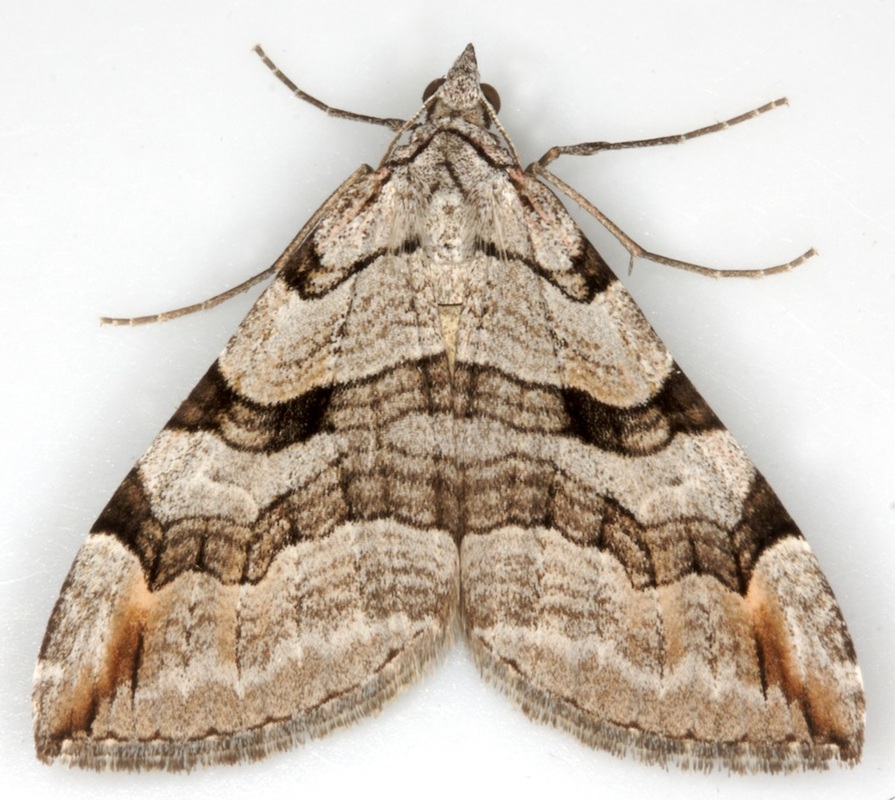 Aplocera plagiata (Treble-bar) §1 male
ID: ssp plagiata present throughout has grey ground colour, ssp scotica present in north has blue-grey ground colour. Very similar to A.efformata (Lesser Treble-bar), which is smaller (fw 16-19mm). Distinguishing these species if covered by the Difficult Species Guide. The species can be distinguished in both sexes by examination of the abdominal apex. In male A.plagiata this is pointed due to its long straight valvae (visible ventrally in live specimens) and blunt in in A.efformata due to its valvae being short and bent medially. In female A.plagiata abdominal segments 7&8 are distinctly narrower than the more proximal segments giving a stepped appearance which is not seen in A.efformata. The basal line is angled >=90deg in A.plagiata, <=90deg in A.efformata; cross-bands generally less intense in A.efformata. A.praeformata (Purple Treble-bar) is an extremely rare migrant with only 2 British records; it averages larger (fw 20-25mm); it has a short brown bar distal to the central portion of the median cross-band and its basal cross-bar has an acute angulation.
Male genitalia: In A.plagiata the valva is very long and narrow with a bifurcate apex. In A.efformata the valva is relatively short and broad, has a broad costal lobe and has a concavity of the ventral margin at about 2/3 beyond which the apex of the valva is rudder-shaped.
Female genitalia: 3 features separate the two species, those for A.plagiata are given first: 1) anterior margin of ostium slightly concave vs deeply concave; 2) subgenital plate without vs with a median notch; 3) Posterior half of ductus bursae almost straight vs with a distinct bend anterior to the sclerotised section. This last feature and an additional feature - angle between posterior and lateral margins of subgenital plate ~45° vs ~90° - may be dependent on preparing and viewing the specimen without any deformation or compression applied. 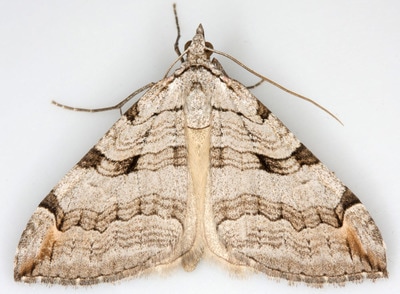 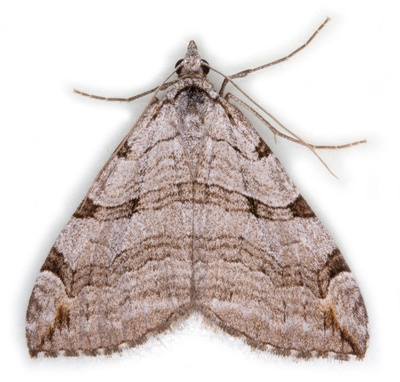 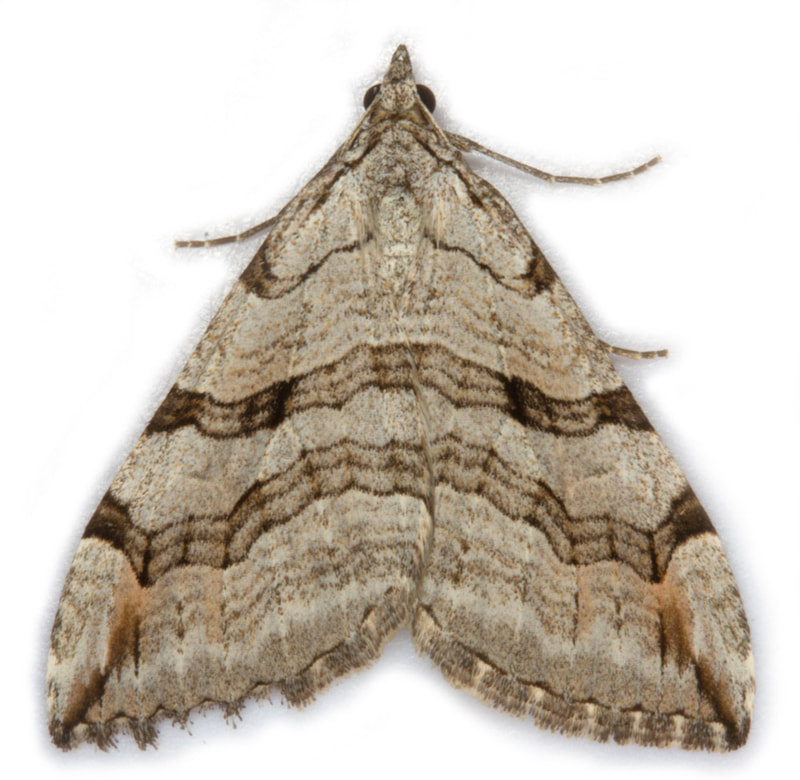 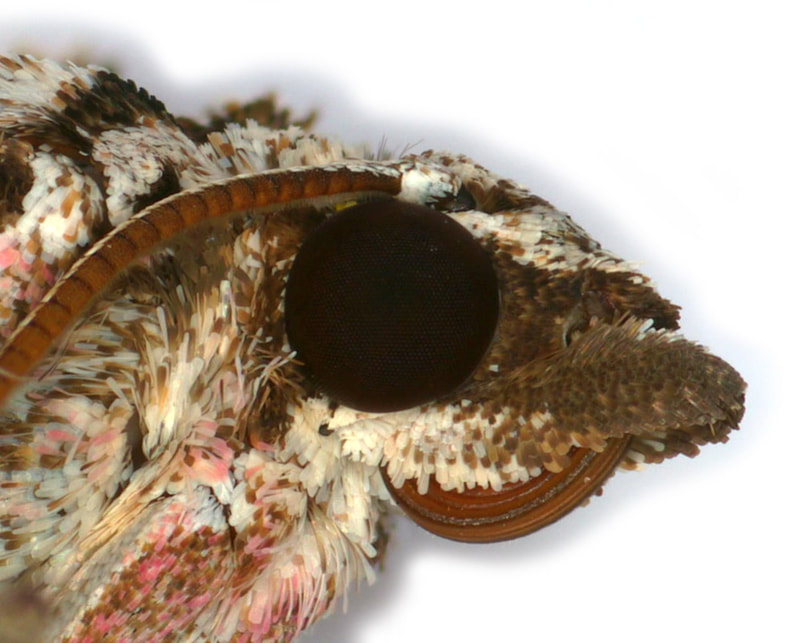 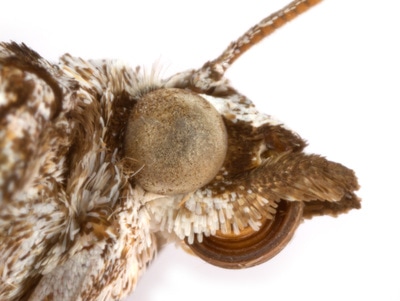 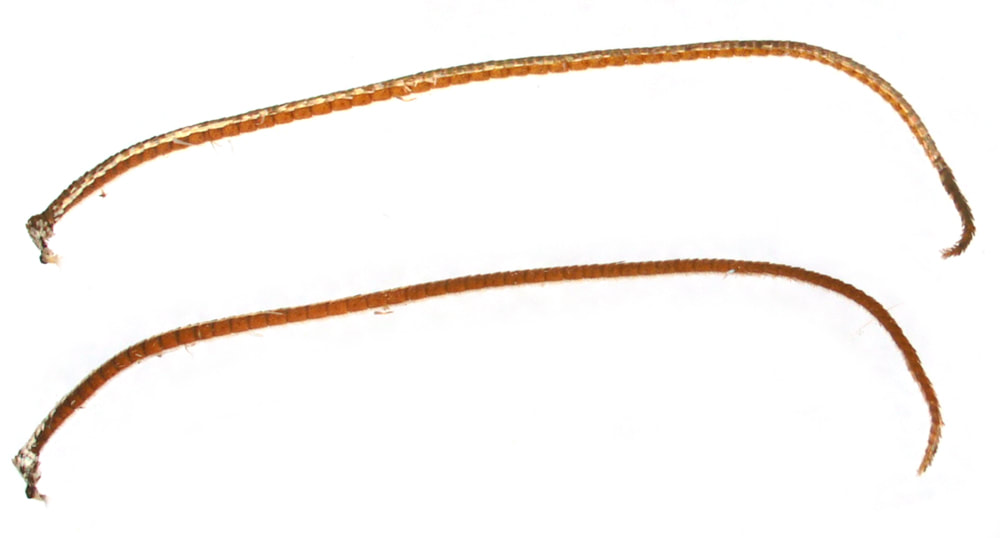 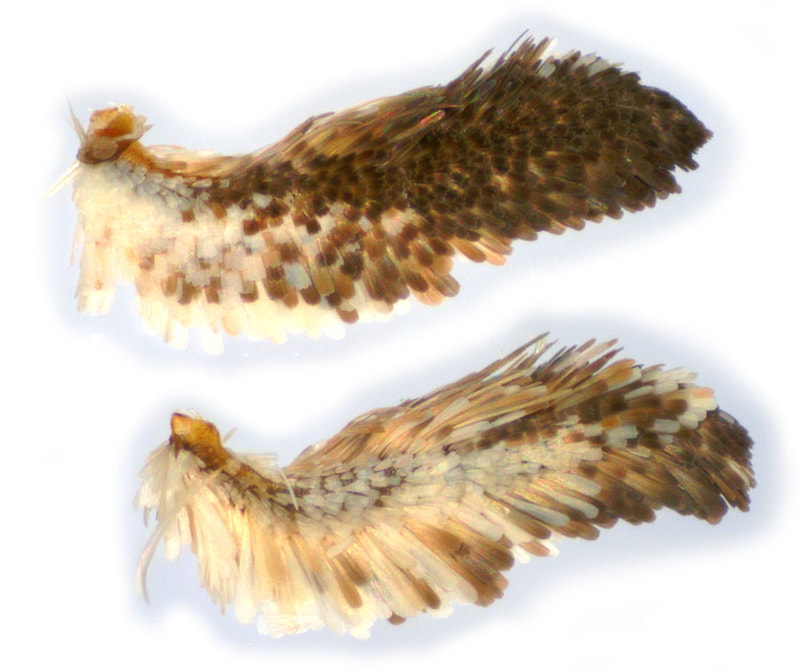 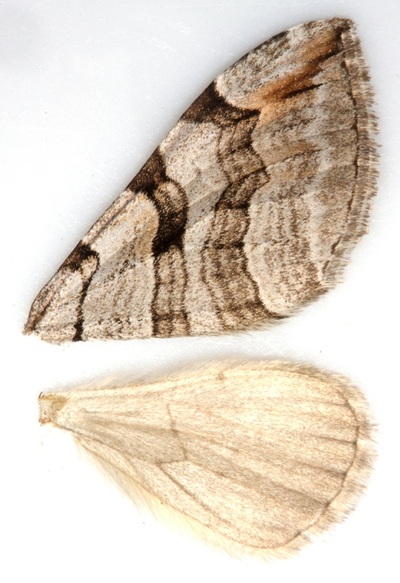 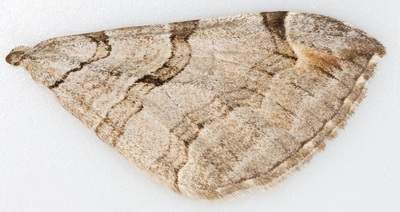 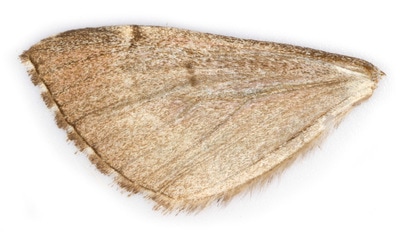 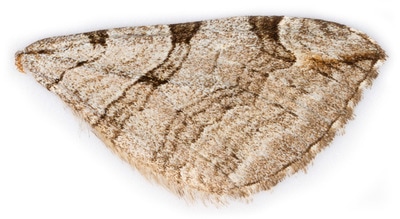 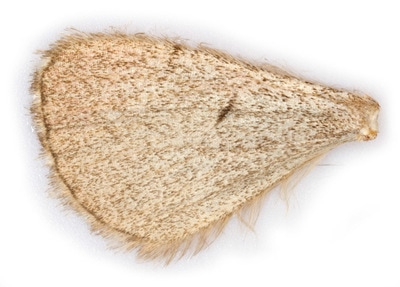 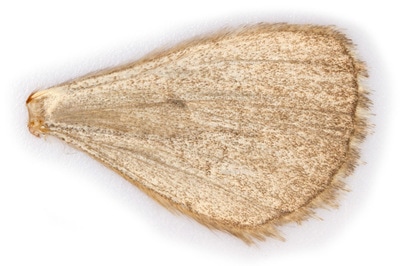 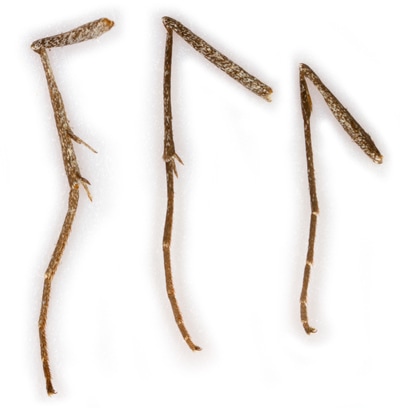 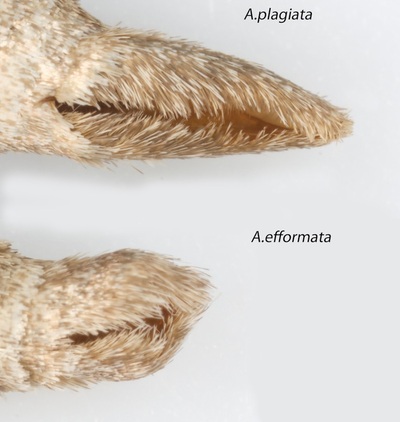 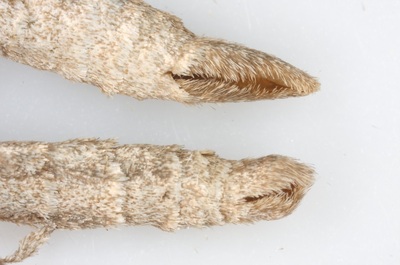 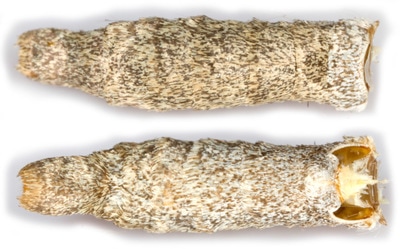 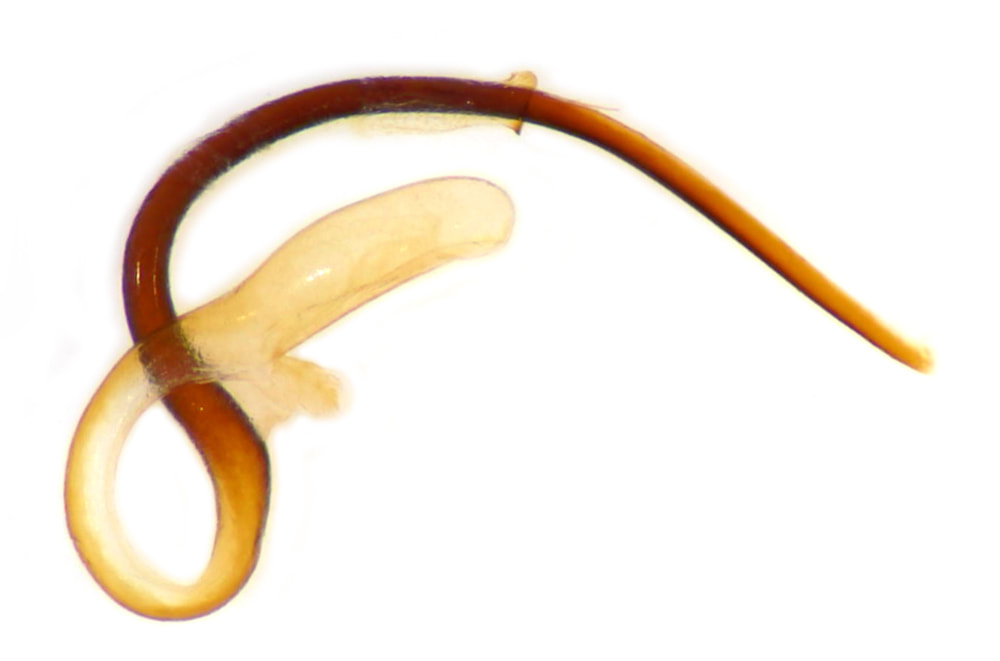 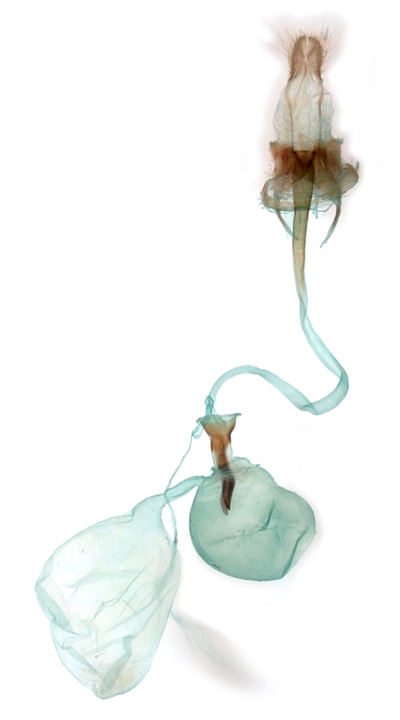 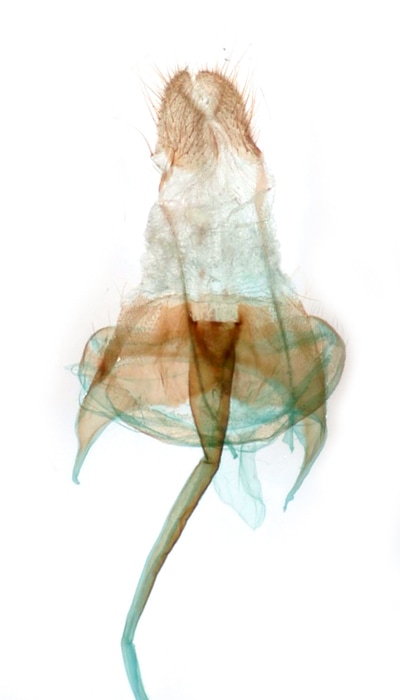 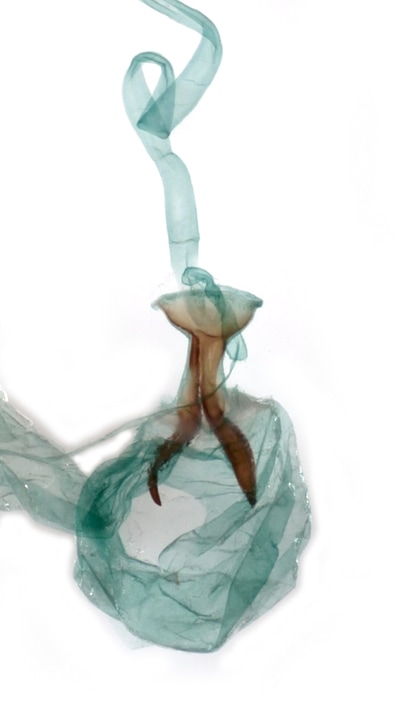