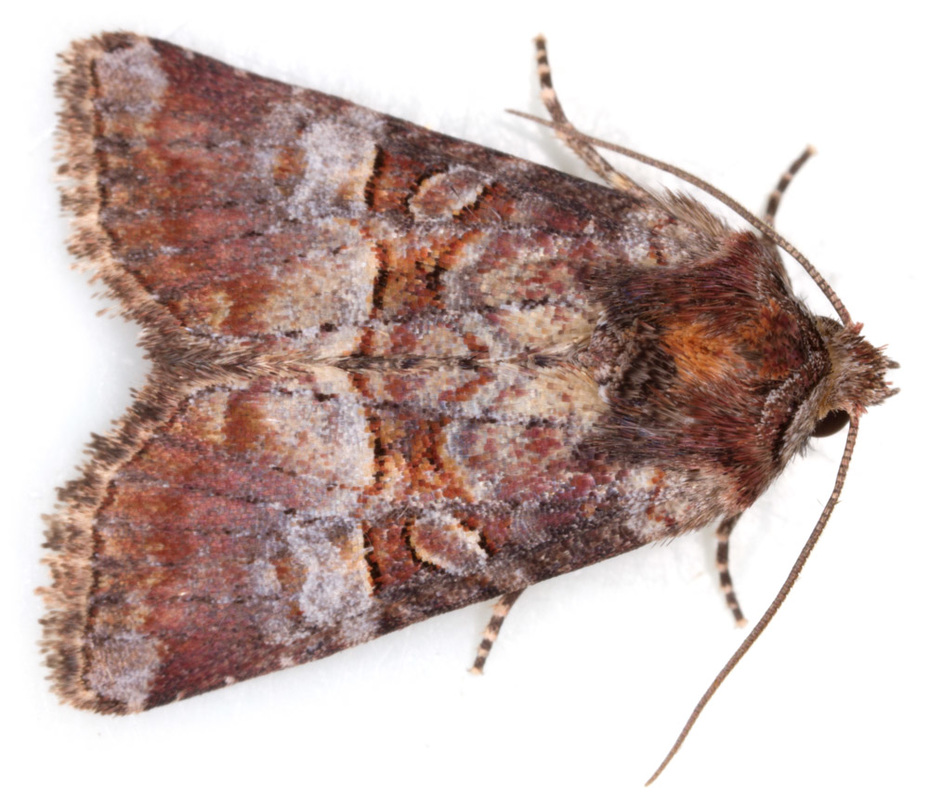 Litoligia literosa (Rosy Minor) §1 male
ID: Pinkish or reddish-brown general colour; narrow median fascia between antemedian and median lines; oval mark pinkish, bordered pale and black-edged; kidney mark pale, its proximal margin edged by the black median line; antemedian line bowed in its dorsal portion (concave to base), obsolete costal to oval mark; striking pattern of patagia - pale grey in basal half, pink-red at apex, these two separated by a bold black line. Dull, poorly-marked and melanic variations occur. Oligia species (Marbled Minor, Tawny Marbled Minor, Rufous Minor, Middle-barred Minor) are all readily distinguished by their broader median fascia, between antemedian and postmedian lines. Dull forms of L.literosa may be similar to the extremely variable Mesoligia furuncula (Cloaked Minor) which may show a basal 'cloak' with a its distal margin at the median line or a narrow median fascia between median and antemedian lines. MBGBI10 distinguishes these two on the shape of the antemedian line "which approaches the dorsum at right angles in L.literosa and curves sharply basad in M.furuncula". As far as I can see this is entirely incorrect - there is no consistent difference in the shape of the antemedian line between these two species, it curves towards the base as it approaches the dorsum in both. I haven't yet come across any dull L.literosa - so more work to be done here.
Male genitalia: In the aedeagus, the vesica contains a patch of cornuti and an elongate sclerotisation that curves at its apex, and the manica is bare. The valva shows a short cucullus (longest in the transverse plane of the valva) with strong patch of spines on the ventral half, short strong marginal spines and no long marginal setae; the base of the costa is weakly curved and not at all prominent. In M.furuncula the vesica contains a similar patch of cornuti but lacks the elongate sclerotisation; the manica has a pair of strong patches of spines; the valva has an elongate cucullus with no strong spines but with several long marginal setae.
<
> 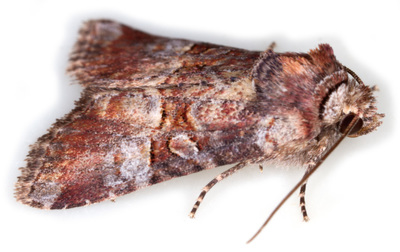 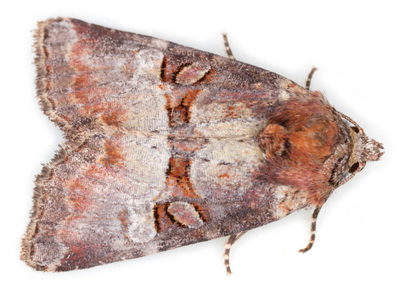 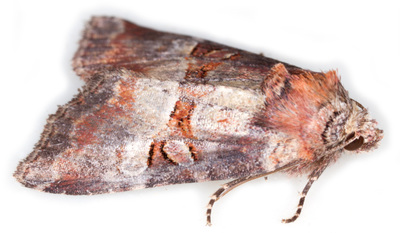 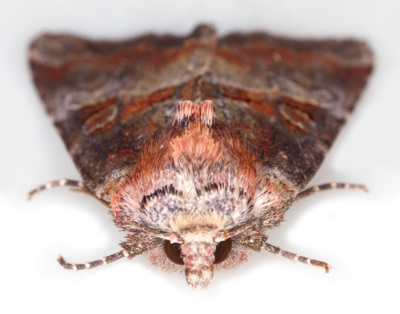 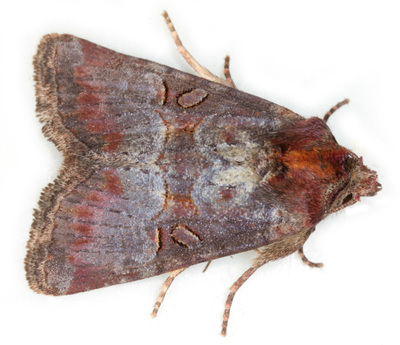 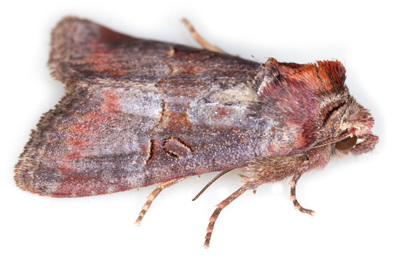 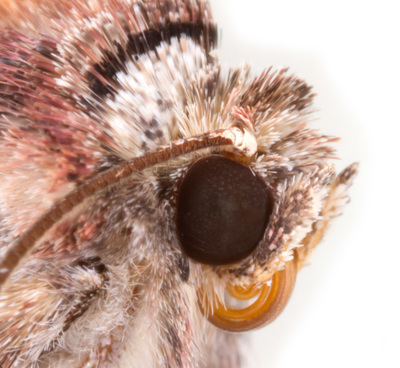 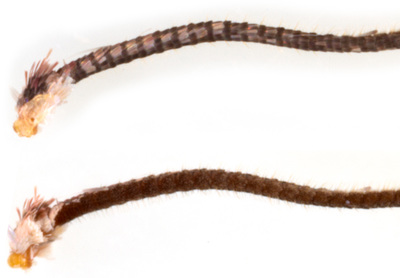 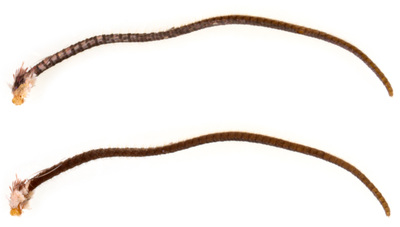 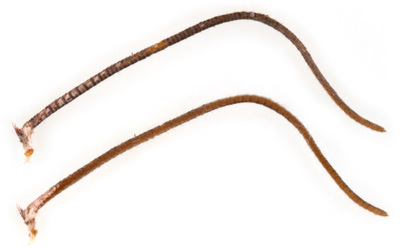 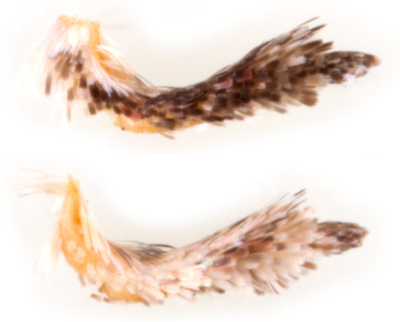 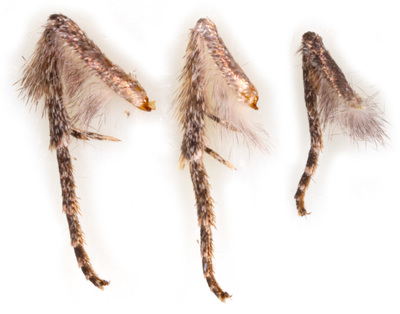 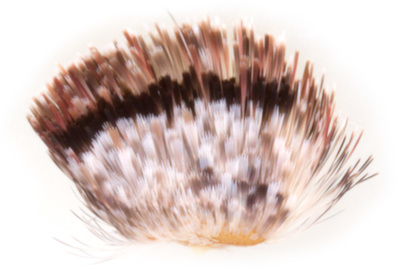 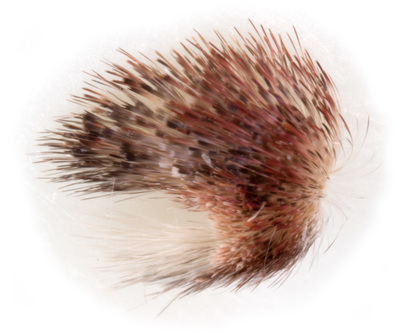 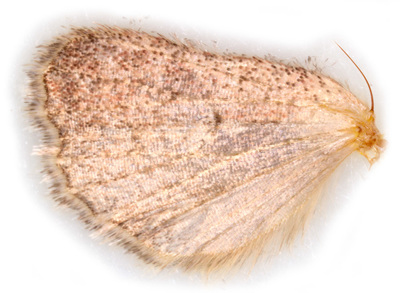 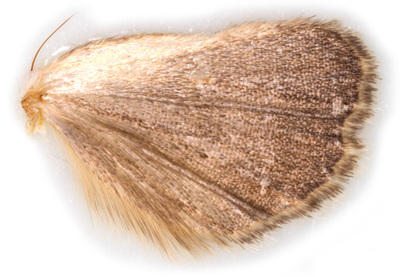 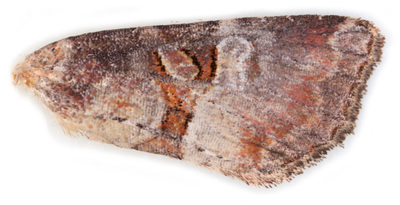 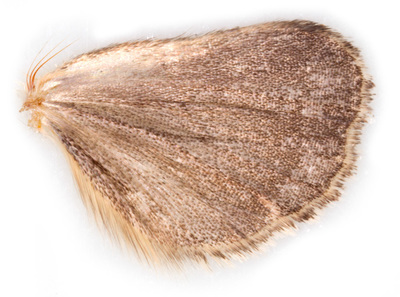 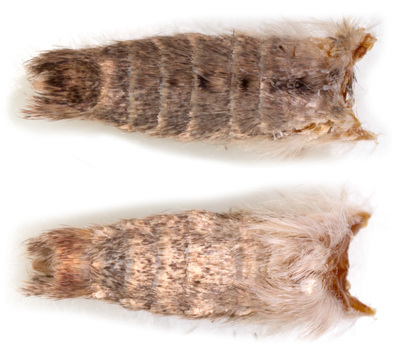 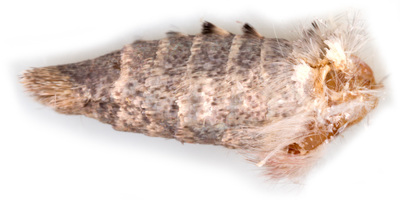 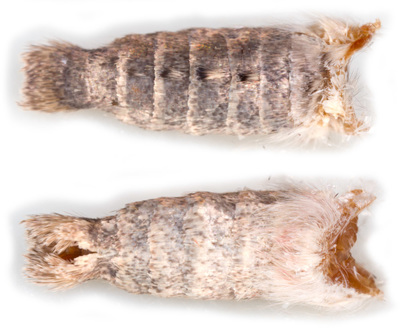 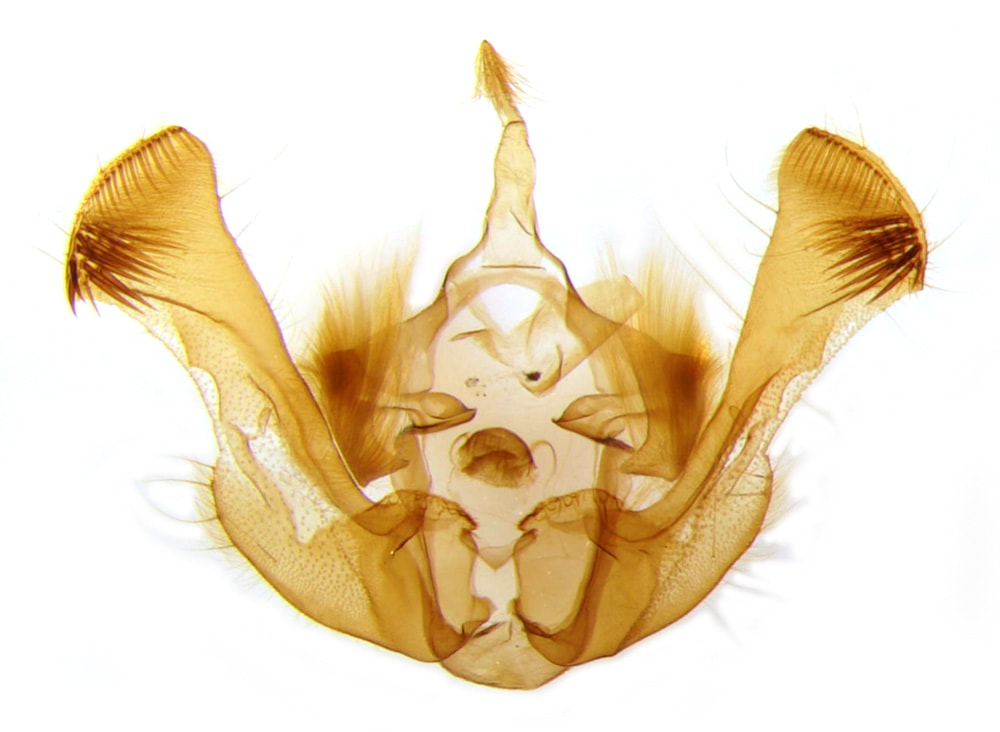 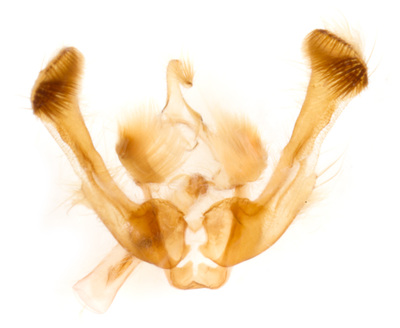 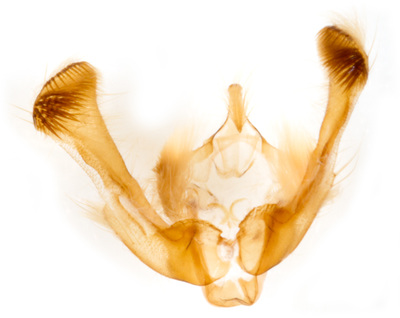 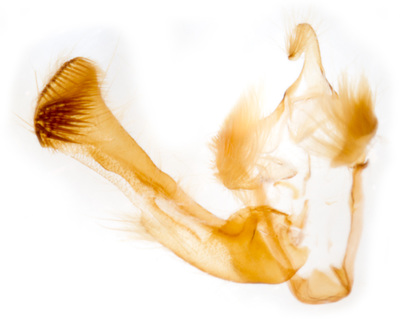 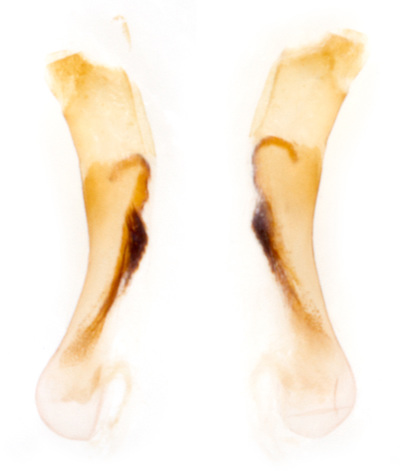