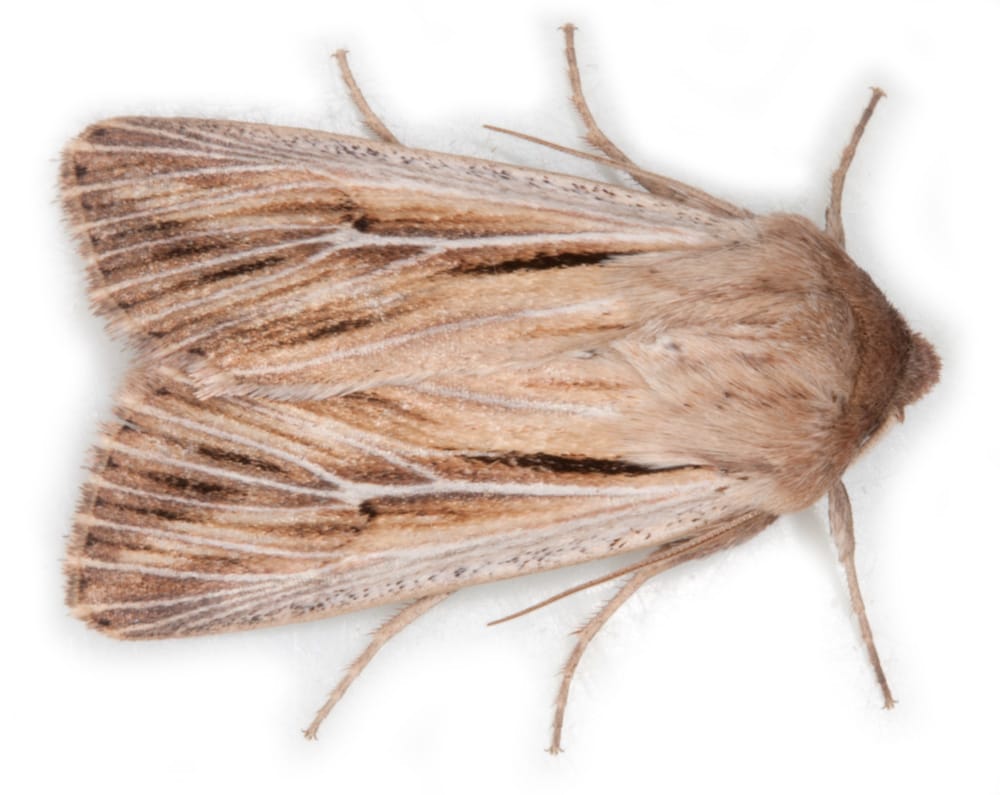 Leucania comma (Shoulder-striped Wainscot) §7
ID: Veins along the dorsal and distal margins of the discal cell marked in white, with the white marking continued along the vein to the wing base; and a long and prominent black basal streak lines its dorsal margin (the 'shoulder-stripe'). Forewing ground colour greyish-brown or dull straw; several interneural black streaks in apical third of forewing; pale costal stripe; hindwing brown.
M.impura (Smoky Wainscot) has similar markings but its basal streak is not as bold, the white-marked veins do not include the distal margin of the discal cell (she short bar of the 'L') and its hindwing is smoky grey.
M.l-album (L-album Wainscot) (15-16mm) has a distinctive white 'L' shape in the centre of the forewing - the white marking on the veins along the dorsal and distal margins of the discal cell is not continued to the wing base - so that the black median basal streak does not border a while marked vein. It also shows white lining of the veins leading from the 'L' mark to the termen; an oblique pale apical dash; contrastingly pale costal stripe; hindwing brownish-white with brown veins.
<
> 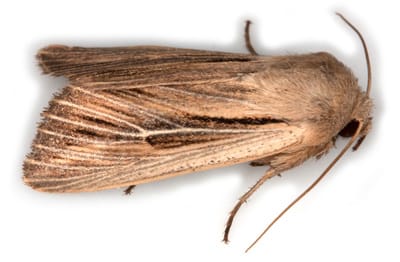 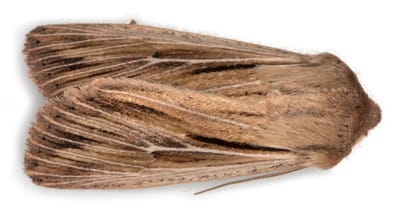 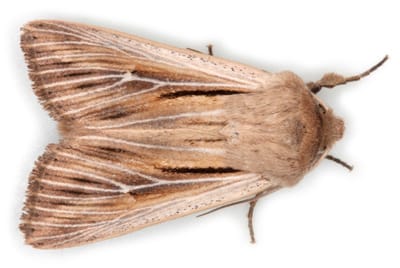 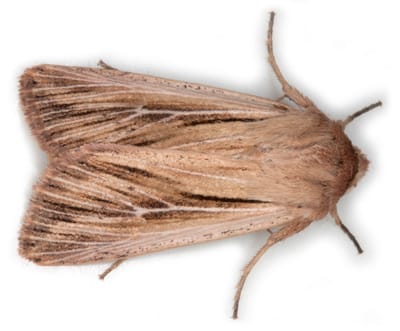 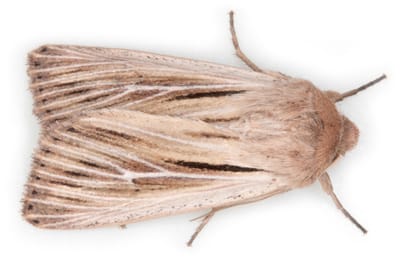 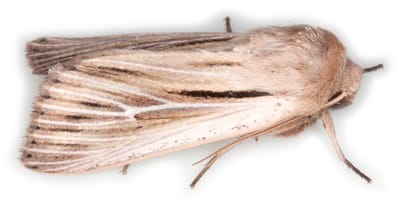 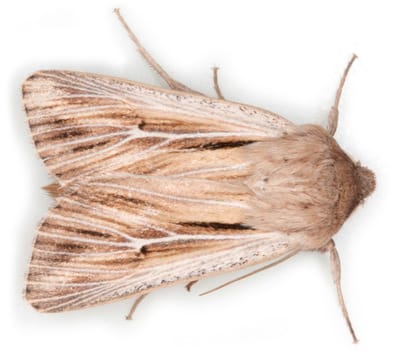 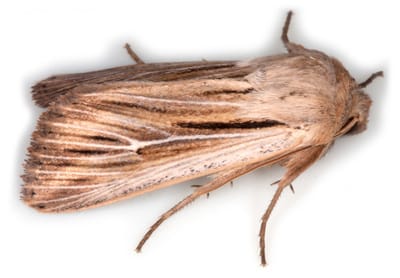 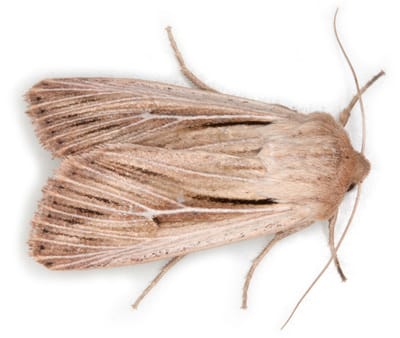 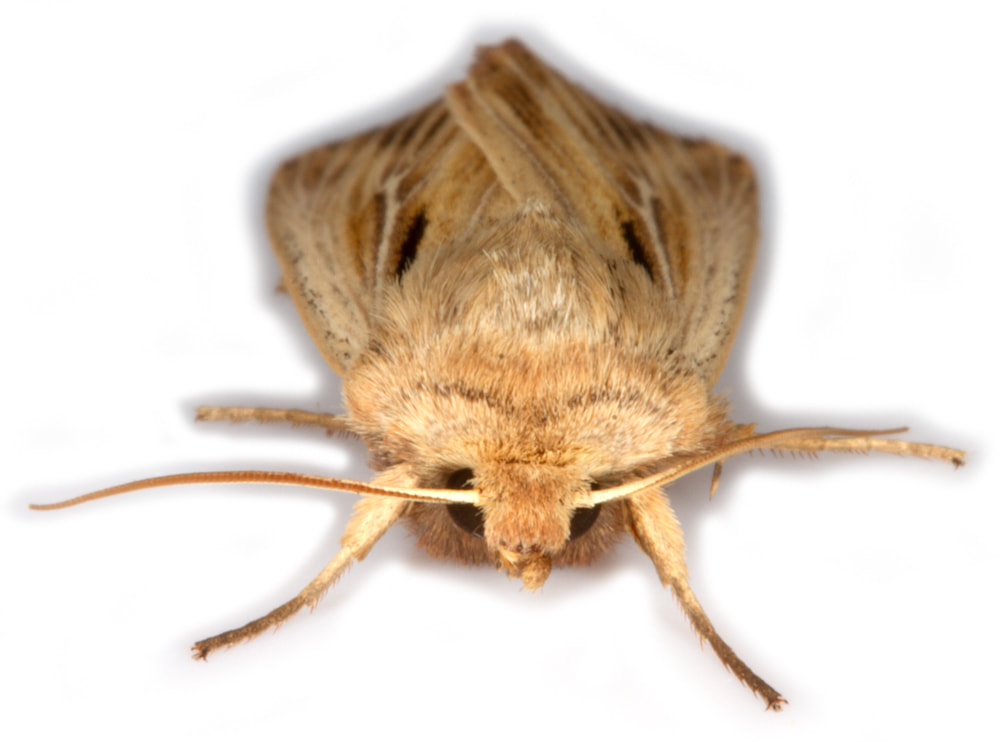 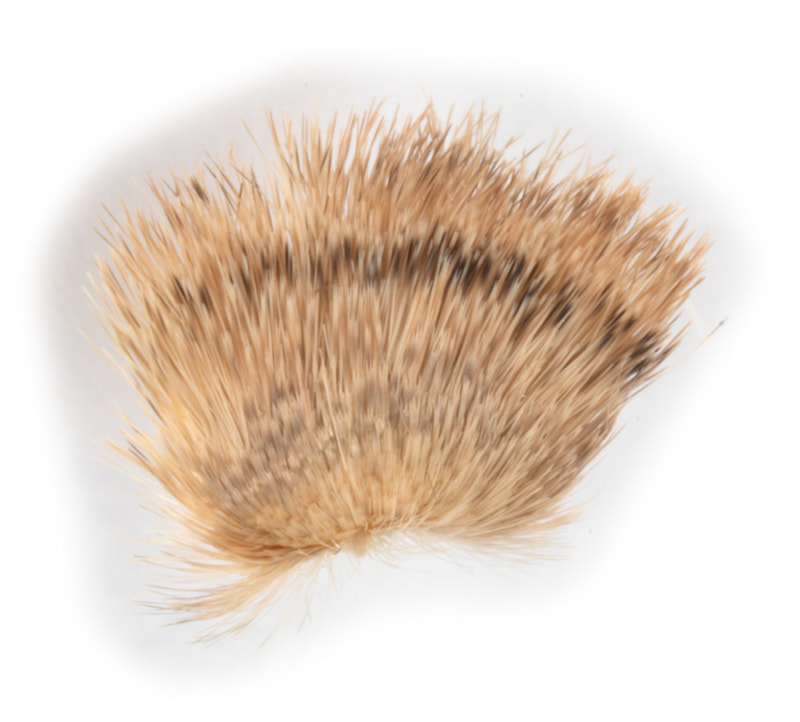 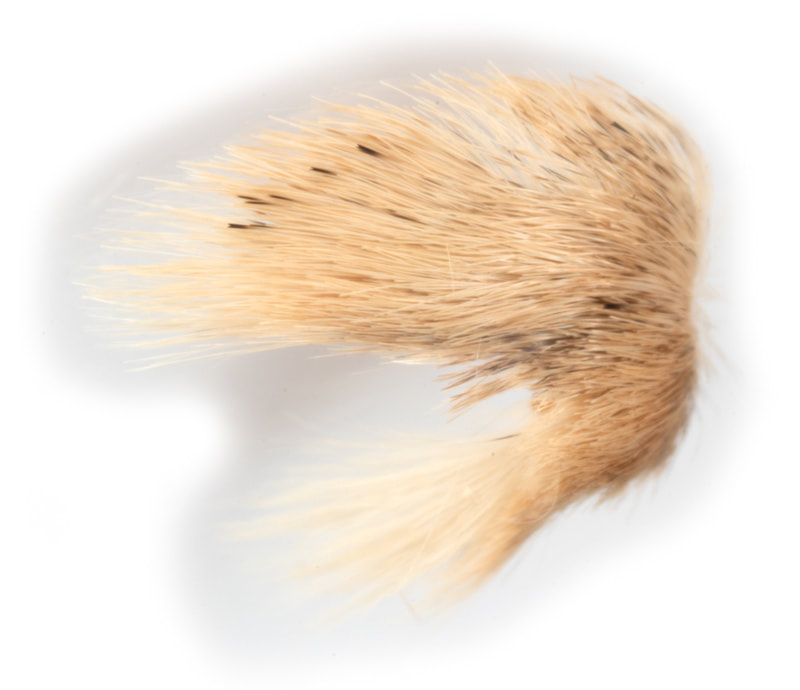 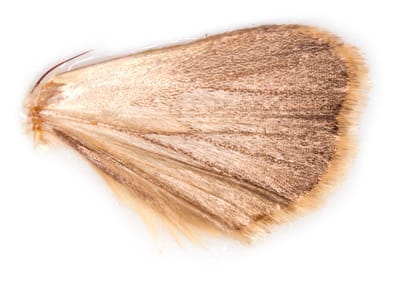 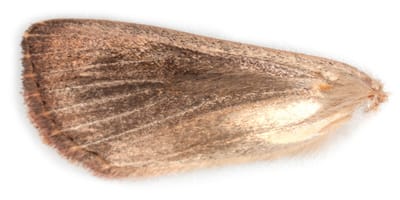 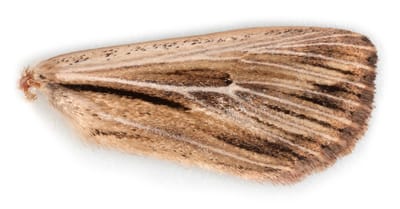 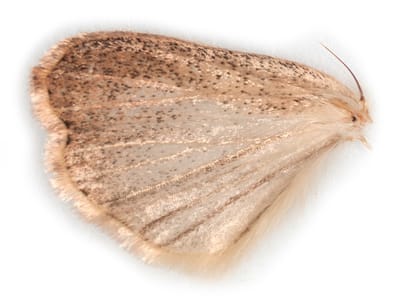 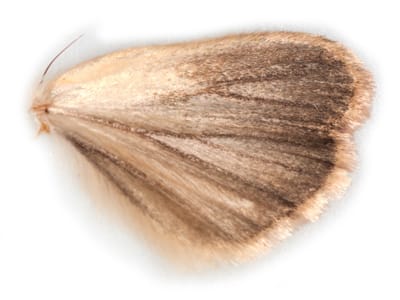 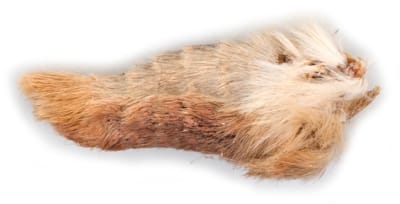 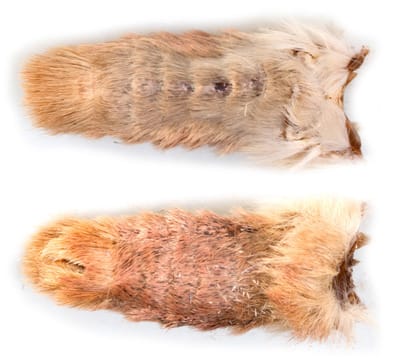 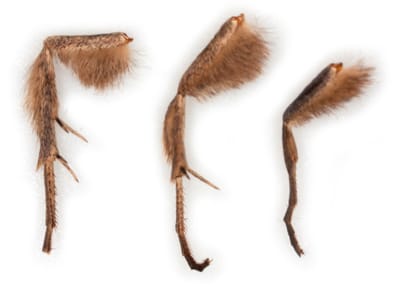 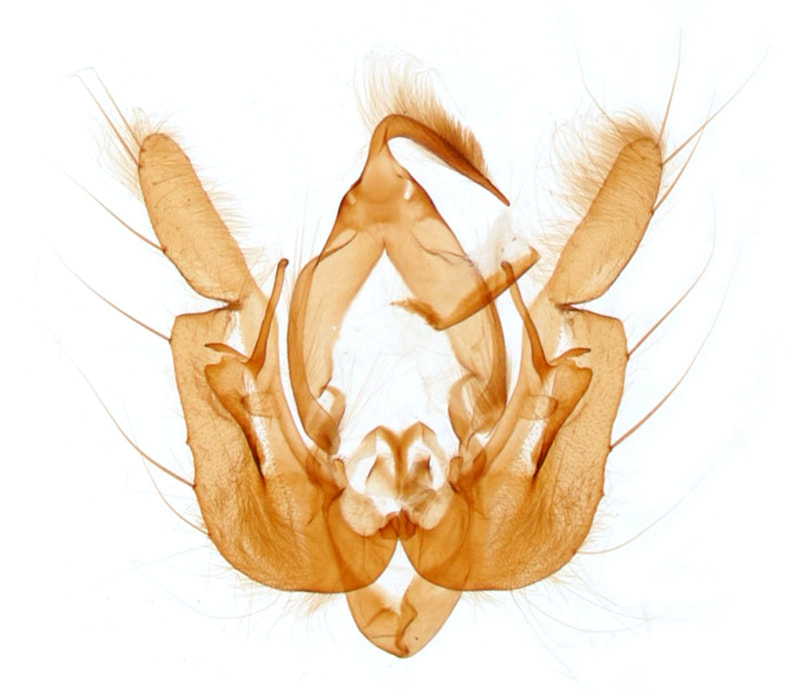 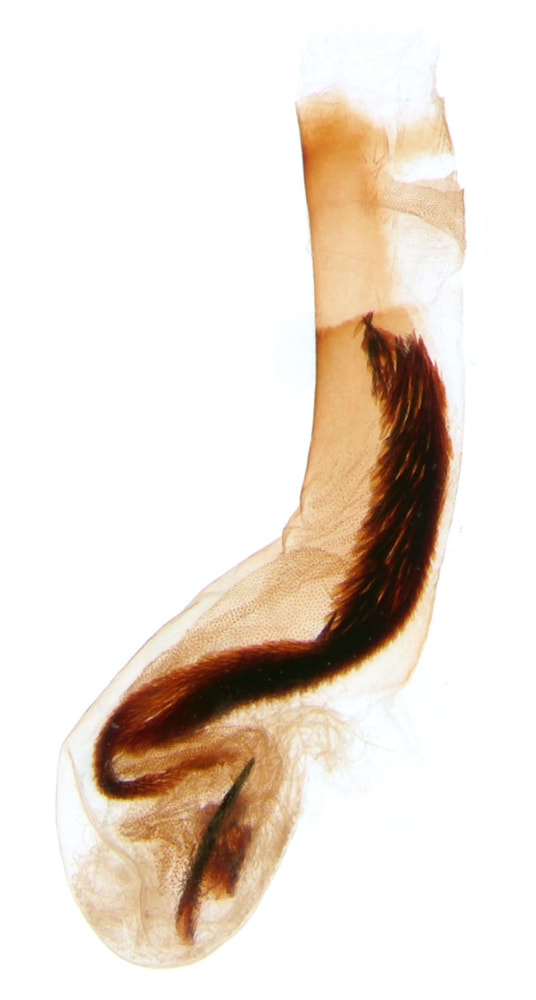 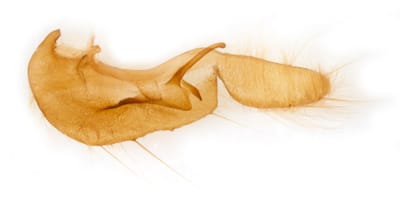 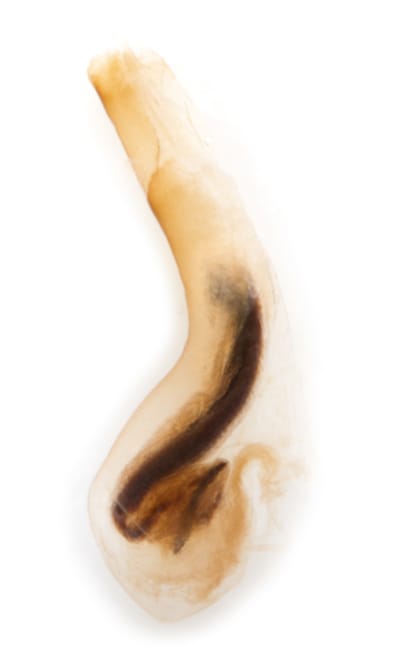 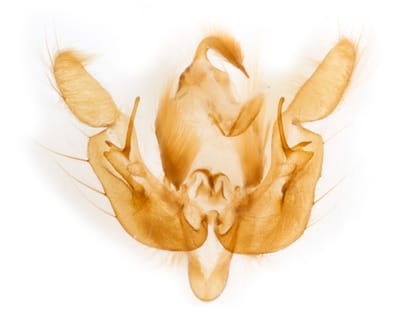