Coleophora saturatella §1 male
ID: Forewing streaked without oblique streaks to costa; antenna ringed > 6 British species (one of which is extinct)
Male genitalia: ​Sacculus with ventral margin smoothly curved to meet lateral margin at an acute anterolateral angle
Very similar to C.genistae, which is distinguished in MBGBI3 by "having the ground colour of the forewing paler and more ochreous and costal streak reaching almost to the apex". Based on the illustrations in MBGBI3 (figs 43c&d) I have distinguished the male genitalia of these species on the basis that the ventral and lateral margins of the sacculus are drawn smooth in C.saturatella and crenulate in C.genistae. There is also a difference in the relative length of valva and sacculus: ~2:1 in C.saturatella and ~1:1 in C.genistae. Images of C.saturatella at Moth Dissection (one of which was also taken from Dungeness in July 2017) confirm these male genital features for C.saturatella, but there is no image of C.genistae for comparison.
Female genitalia: Both C.saturatella and C.genistae are illustrated in MBGBI3, neither are shown at Moth Dissection. Illustrated differences between these species follow, features of C.saturatella given first: 1) subgenital plate quadrate (length=width) vs transverse (wider than long) - but this may be an artefact of the preparation (in §2 the SGP transformed from quadrate to transverse on application of a cover slip - see below); 2) Anterior apophyses slightly longer than SGP vs slightly shorter than SGP; 3) Notch in posterior margin of SGP extends ~⅔ length of SGP vs ~½; 4) thick double band of dense spiculation in ductus bursae vs narrow single band - but this may be an artefact of the preparation - compare the ventral view of §2 and the ventrolateral view of §3 below; 5) Signum with spike shorter than width of base plate vs spike longer than width of base plate. 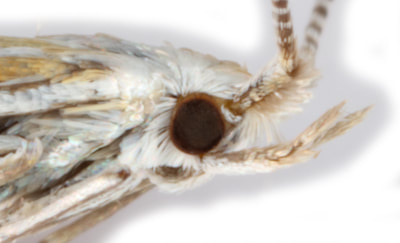 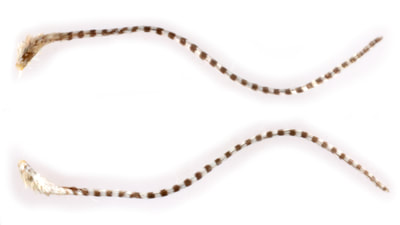 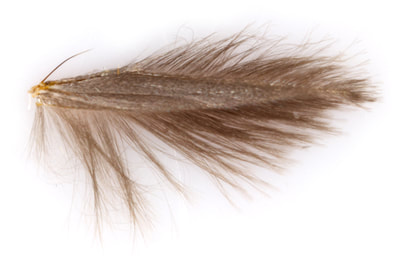 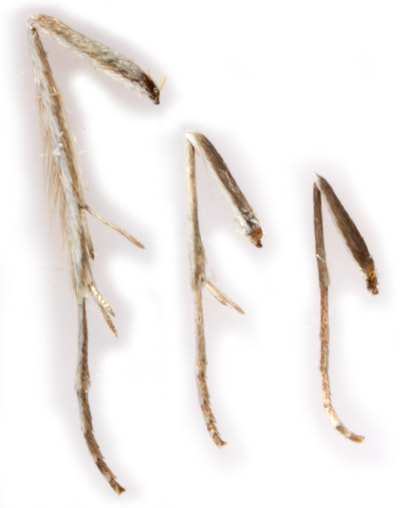 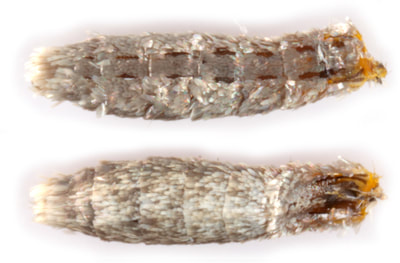 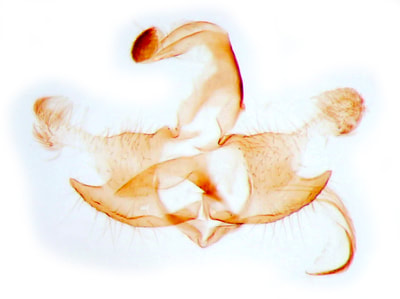 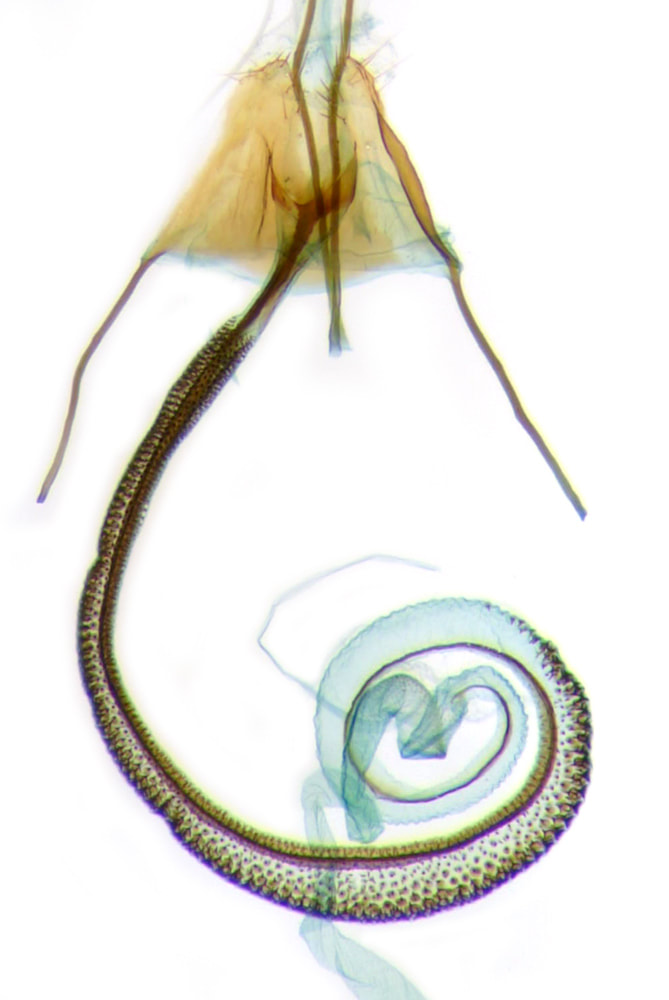 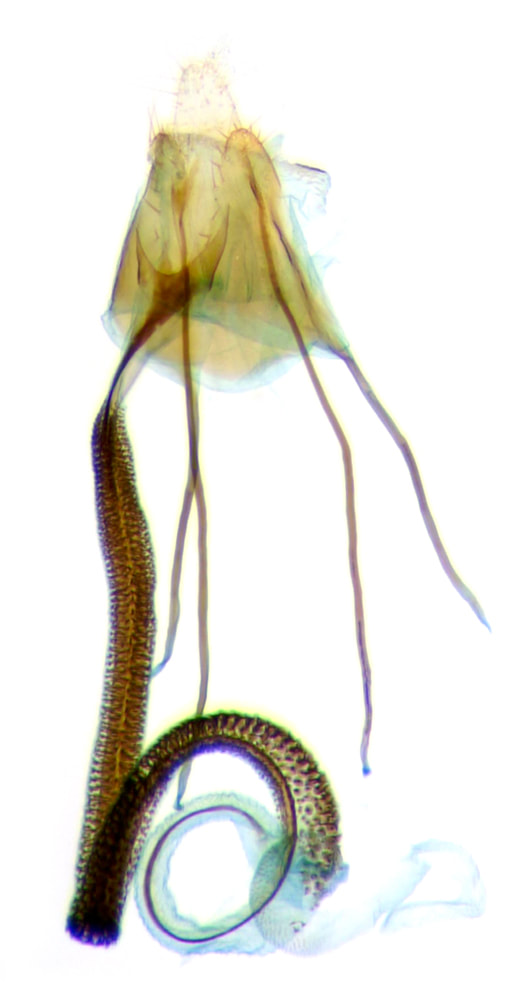 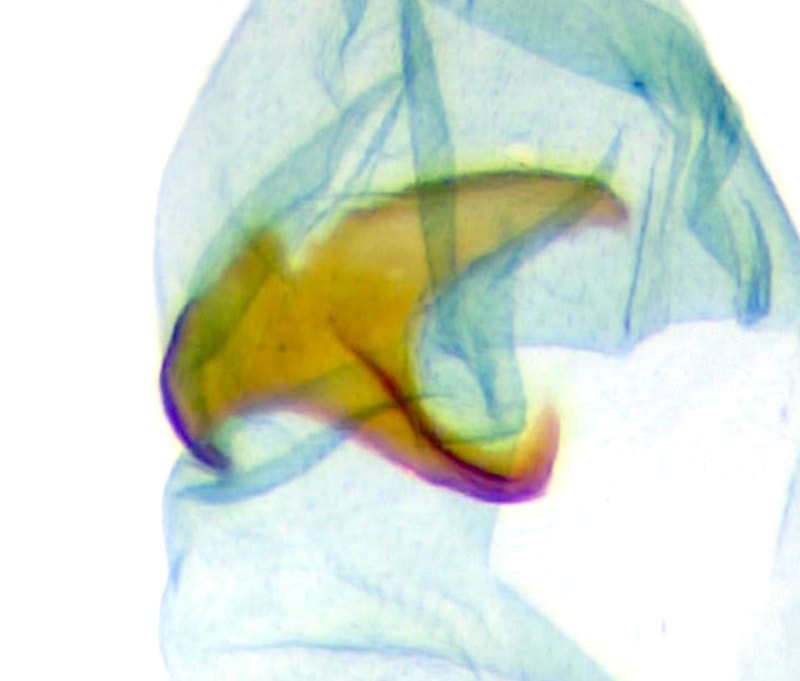 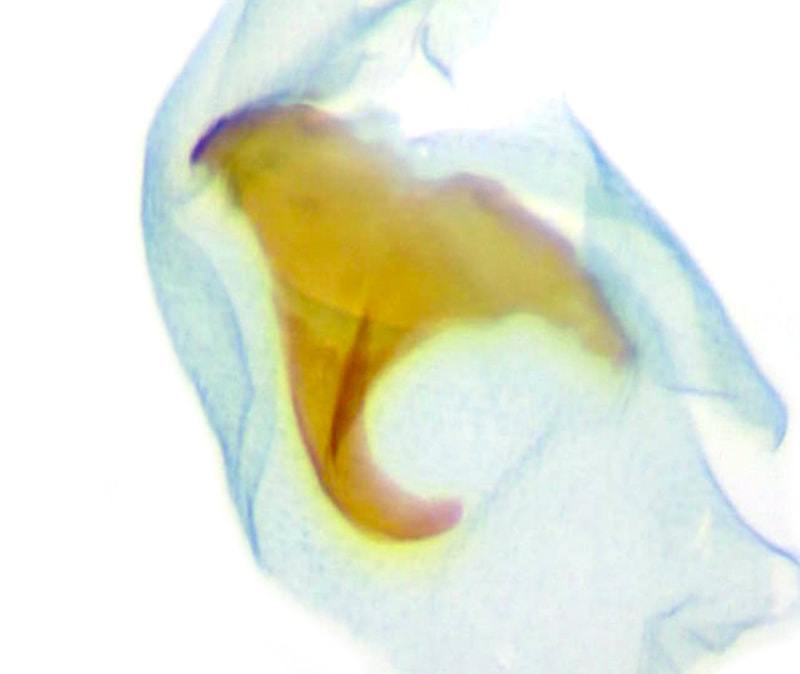