Elachista adscitella §1 female
ID: Group D - forewing dark with a single pale transverse fascia at 1/2 > 6 species
These 6 species divide into 2 groups of 3 based on the frons being white to ochreous in E.adscitella/obliquella/gangabella and grey-brown or darker or mottled in E.bisulcella/unifasciella/cingillella. In E.obliquella and E.adscitella the terminal cilia are ochreous-white while in E.gangabella the apical cilia are concolorous with the forewing.The key inMBGBI3 separates E.obliquella/adscitella on the basis that in E.adscitella the vertex and neck tufts are ochreous-white while in E.obliquella only the frons is white. However the description of E.obliquella then states "frons ochreous-white, slightly brownish on vertex, neck tufts ochreous but brownish at tips". There may be a slight difference in the forewing fascia whose margins are "rather ill-defined" in E.obliquella and "sometimes almost obsolete halfway across the wing, with proximal edge more clearly defined than distal" and usually broader in female in E.adscitella. However, genital dissection is needed to confidently separate these two species.
Female Genitalia: The ovipositor including the antral region and the signa are illustrated for all 6 species in MBGBI3. None of the females are shown at dissection group or on any other website that I could find. 2 species have the signa as two diffuse spiculate patches, as shown by §1 - E.adscitella and E.bisulcella. The illustrations (Fig.109h&i) show the signum of E.adscitella as a rectangular patch of mixed small and very small conical spicules with pointed apices and of E.bisulcella as an irregular oval patch of more evenly sized small spicules some of which are conical with pointed or blunt apices, some of which are rectangular with a square end and some of which are doubled as if two of the spicules were fused. The shape of the signa can be seen to be rectangular in the images below and the shape of the spicules as seen under the microscope was as described for E.adscitella. The illustration of the antral region (Fig.104h) does show a small sclerotisation at the colliculum as shown by §1 but it does not clearly show the pouch-like antrum or the rounded defect in the ventral surface of the sterigma shown by §1. (None of the other illustrations look any more like §1).
<
> 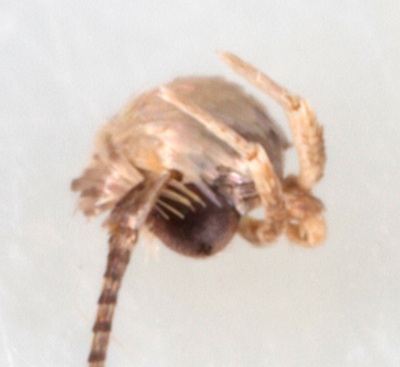 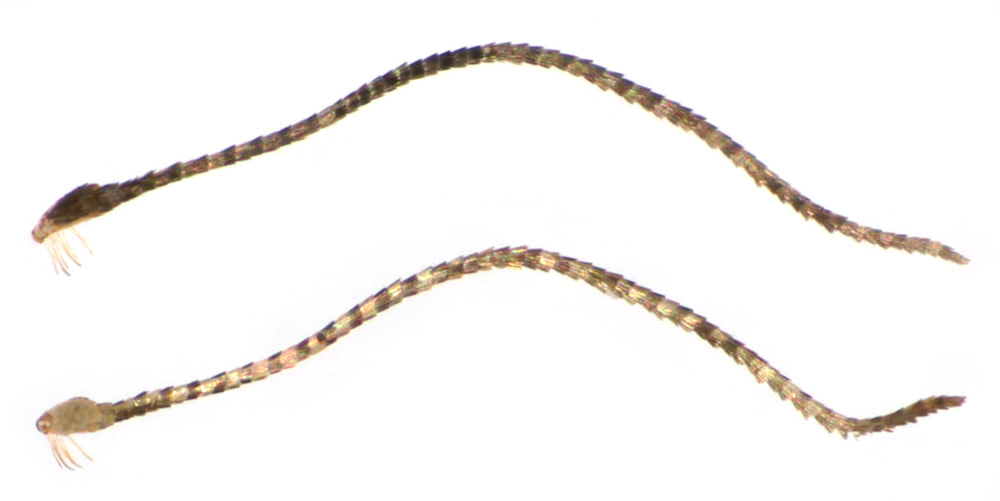 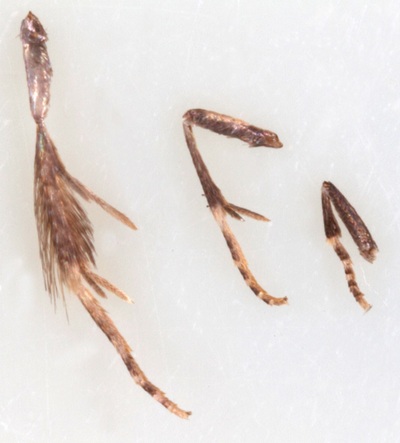 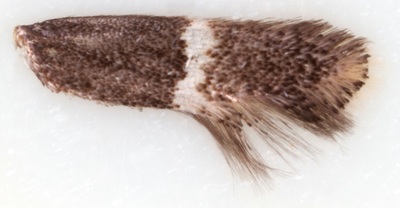 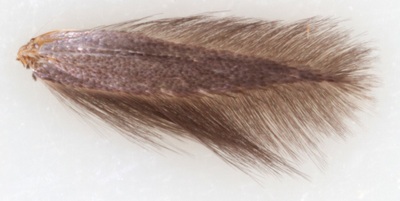 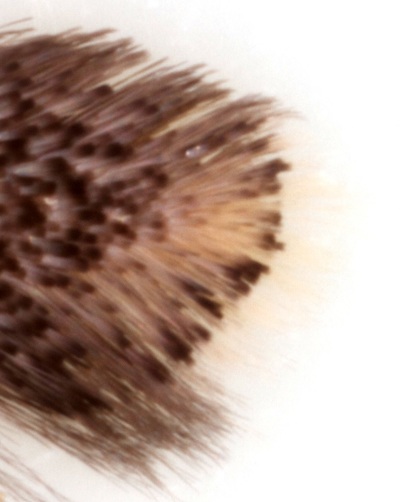 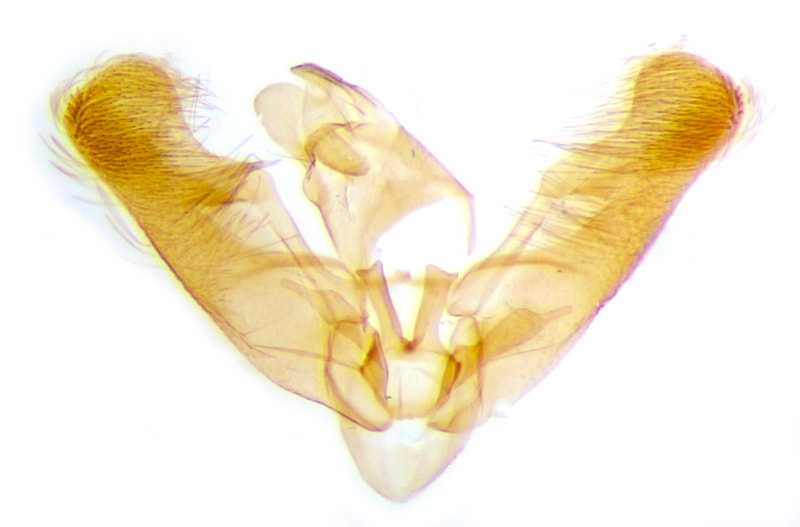 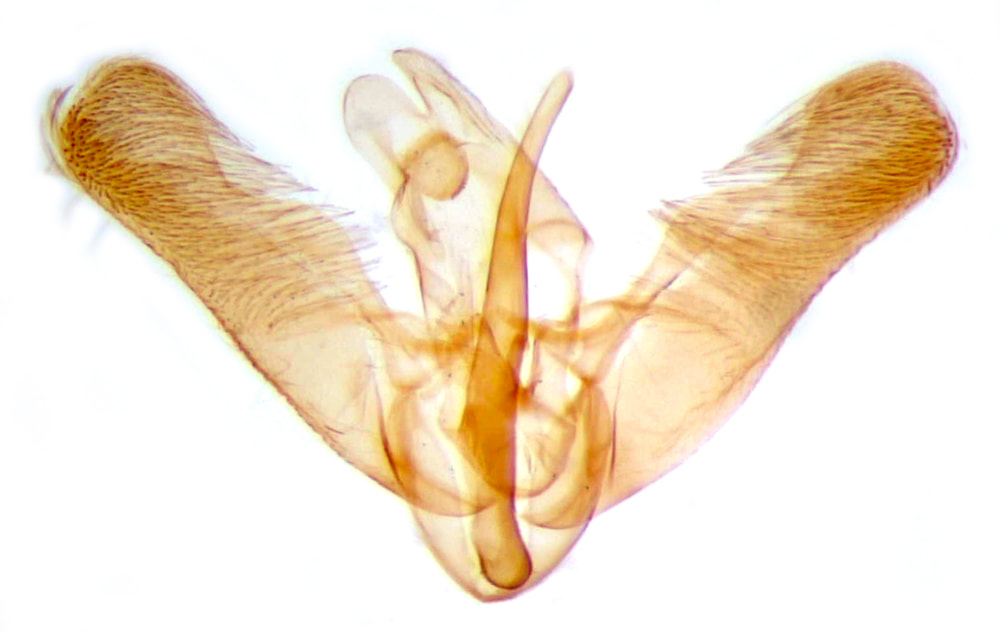 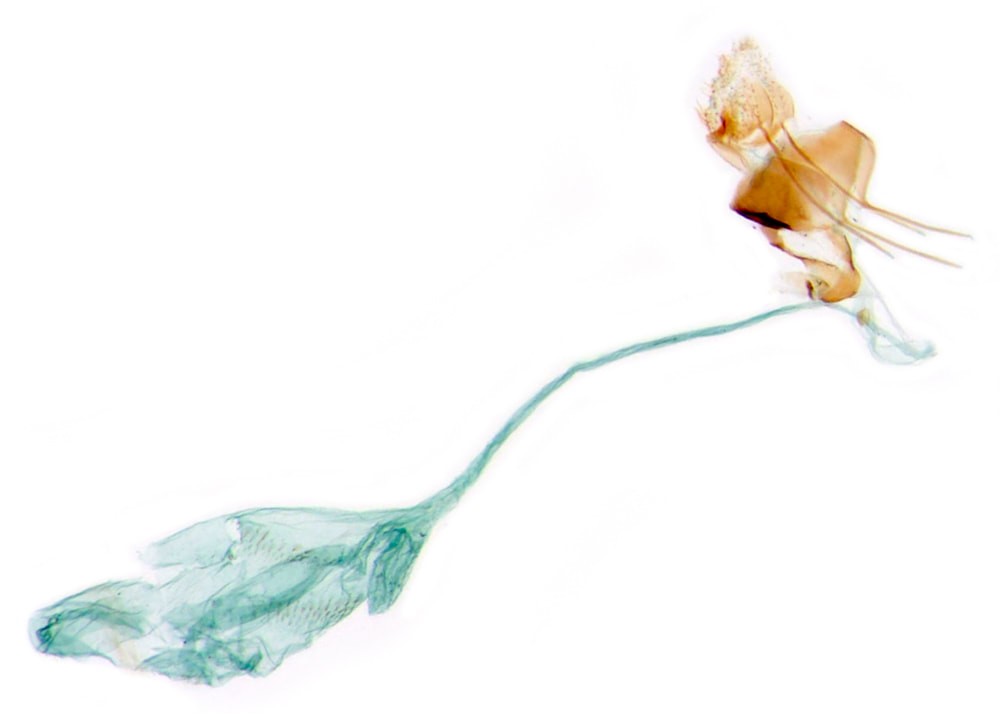 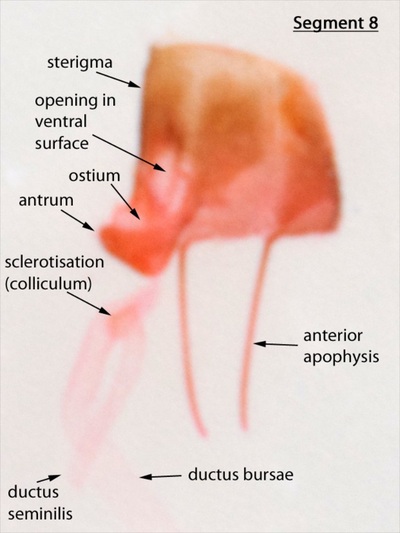 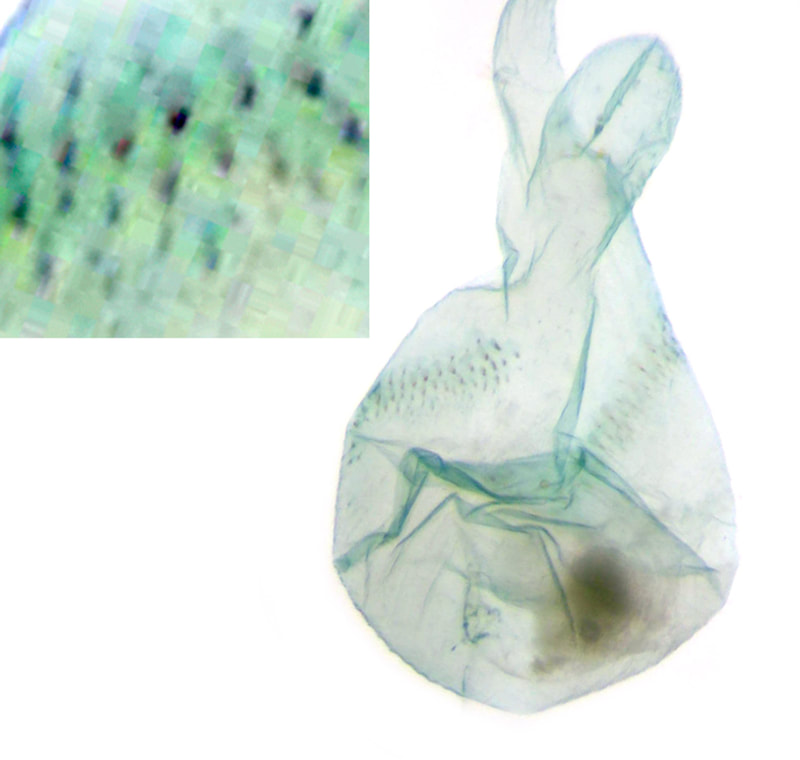 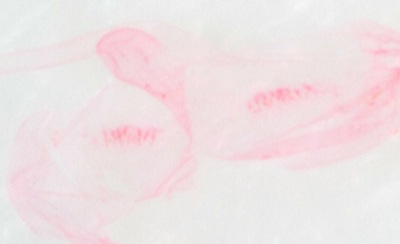