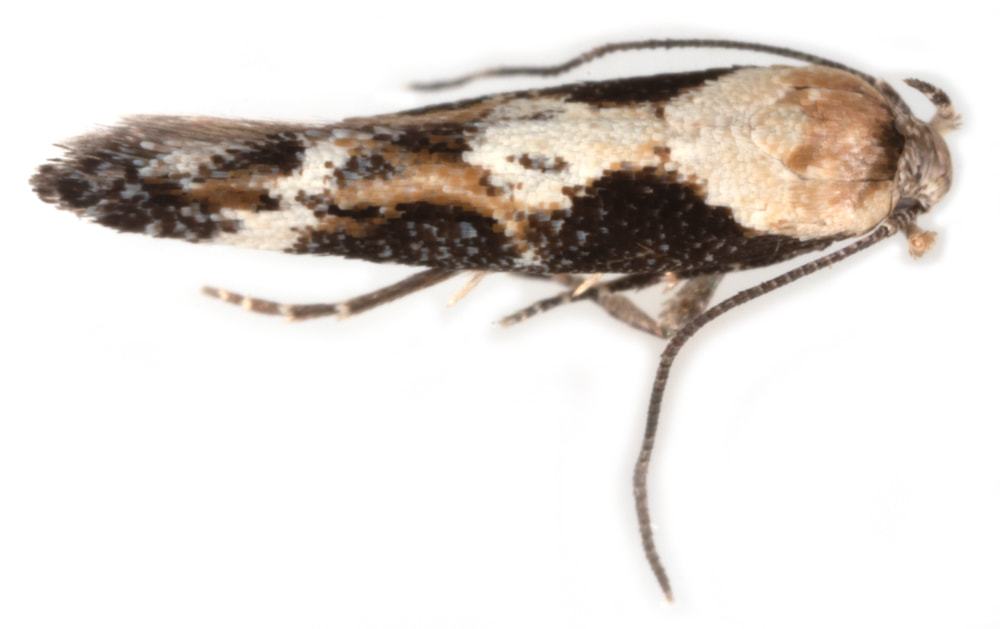 Mompha divisella §1 female
ID: Very similar to M.bradleyi, which is said to have a duller white dorsal area, peppered with brown and grey scales. In all other species of Mompha with a white area at the forewing base ("continuous with" a white or whitish thorax), the white area does not continue to a second dorsal expansion at ⅖.
​Female genitalia: MBGBI4.1 states that: M.divisella differ from "M.bradleyi by the difference of tergite 8, the inception of the ductus seminilis, the sclerotised plates in the ductus bursae and by the width of the antrum compare to the width of the ductus bursae"; these differences are illustrated but not described. The most convincing difference seems to be in the sclerotisation of the dorsal plate (tergite) of A8: in M.divisella the posterior edge of this plate is deeply concave; in M.bradleyi it is shallowly convex. The main difference in the ductus bursae plate from the MBGBI illustrations is that it expands at its anterior end to a greater extent in M. bradleyi. There is no measurable difference in the relative width of antrum and ductus bursae from the illustrations in MBGBI; the ductus bursae does not have a constant width; and both measurements (though not necessarily their ratio) will vary with degree of compression. The supposed difference in the origin of the ductus seminilis is not clear (to me) either from the illustrations in MBGBI4.1 or images the images at Moth Dissection.
<
> 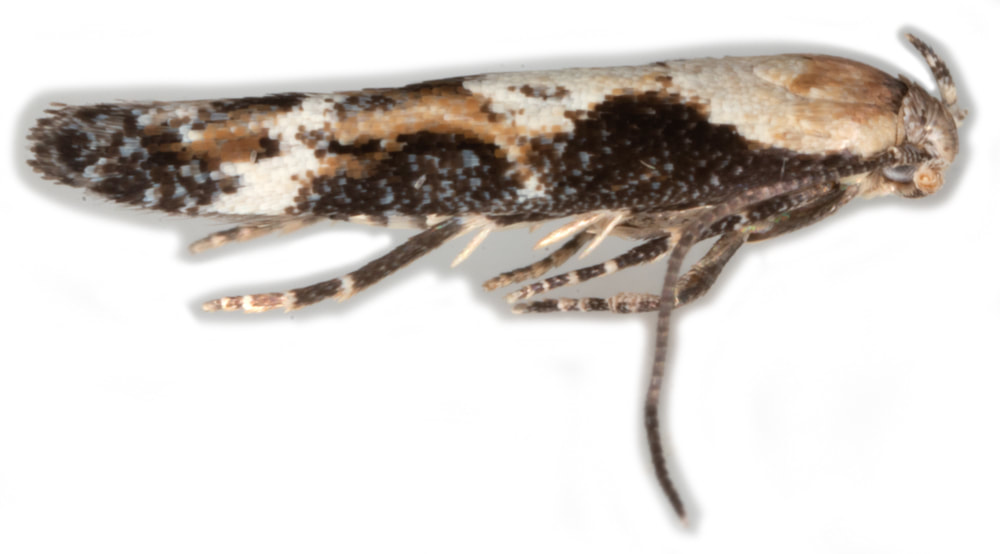 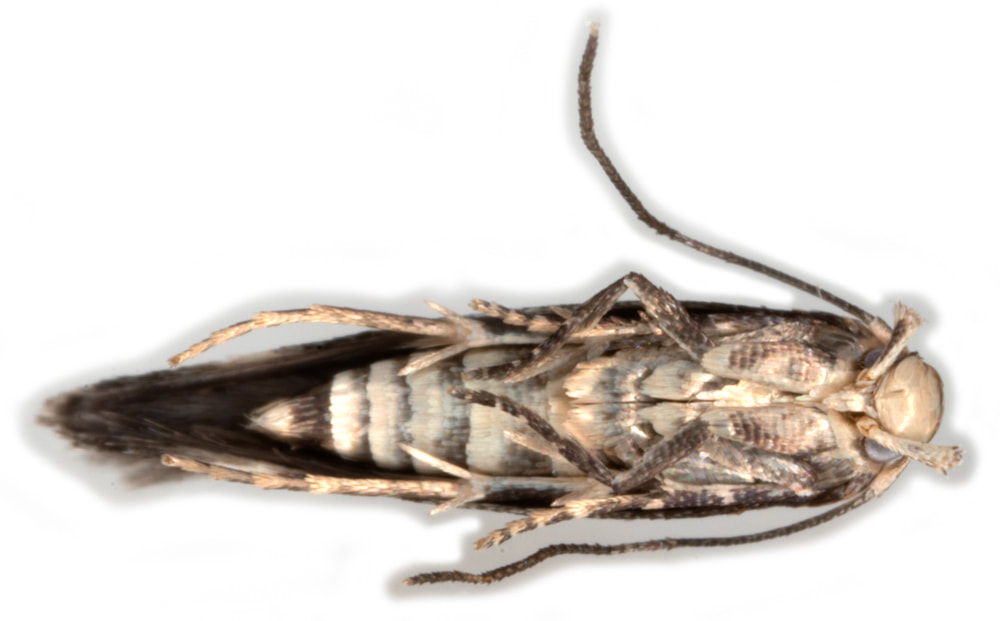 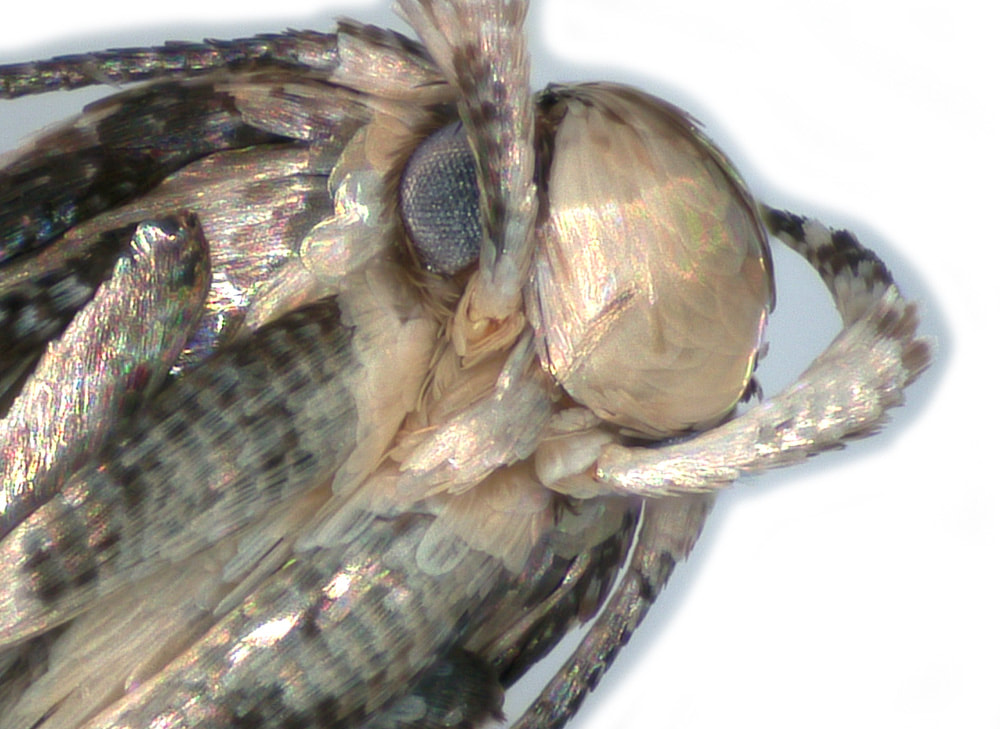 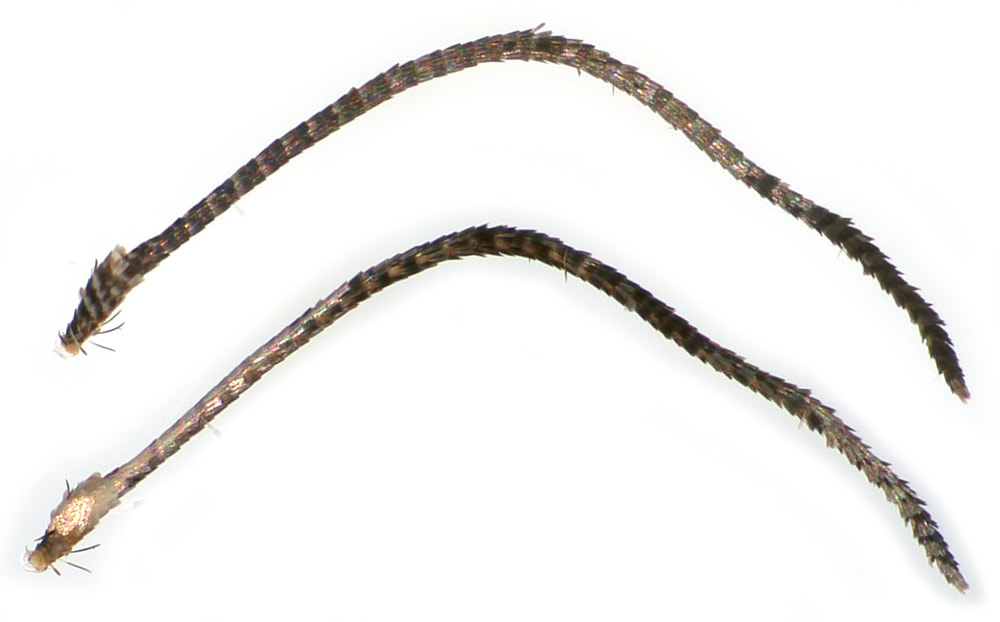 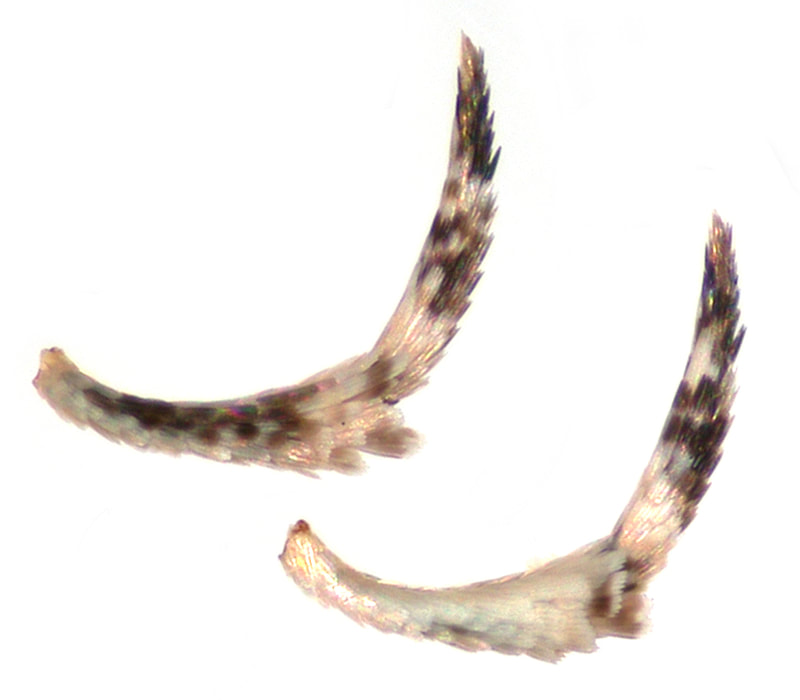 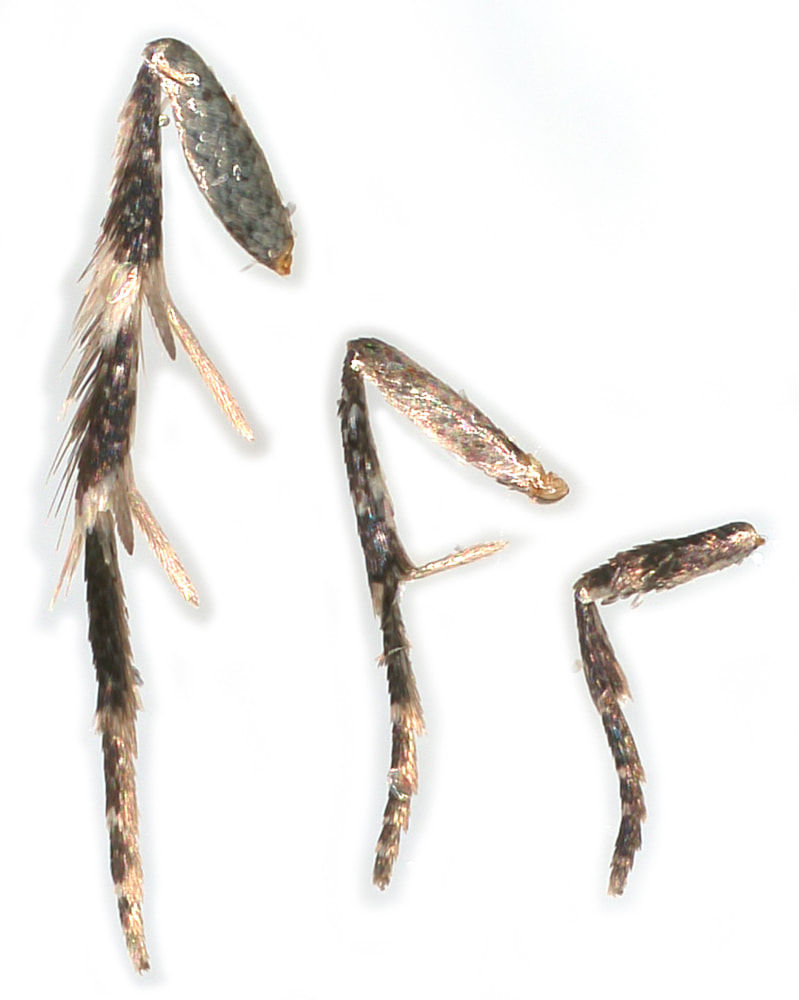 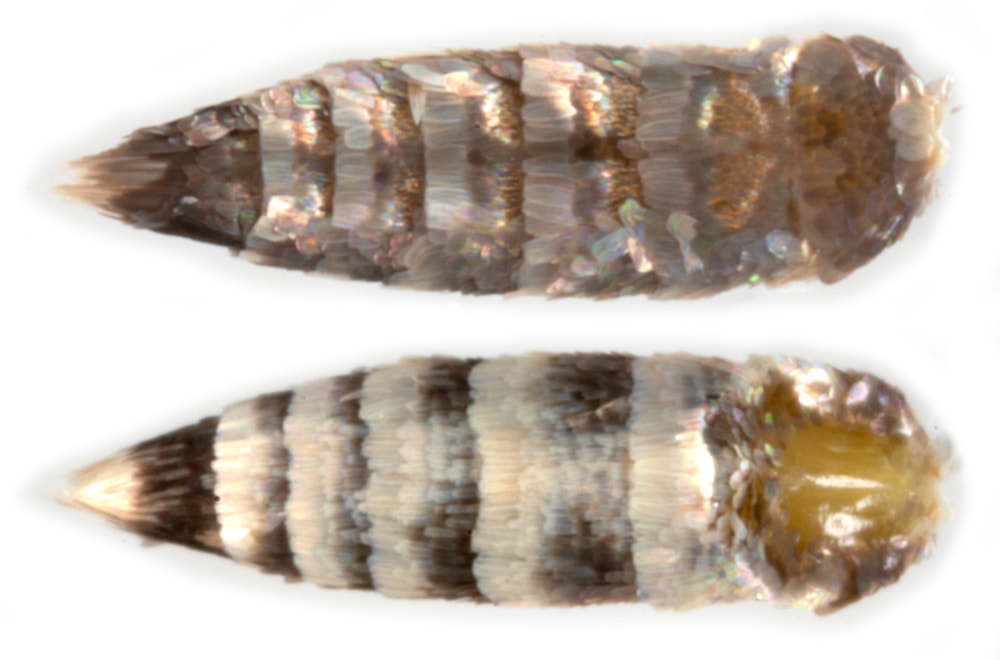 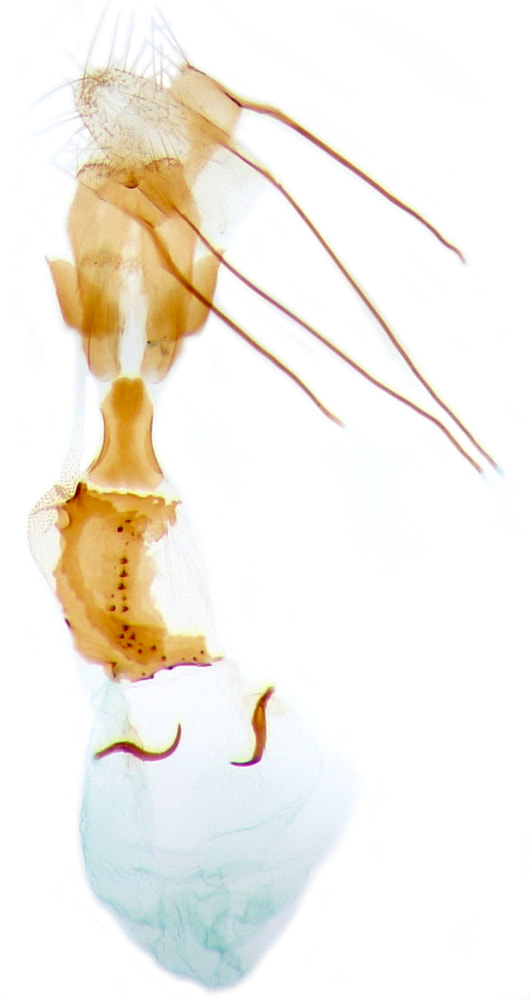 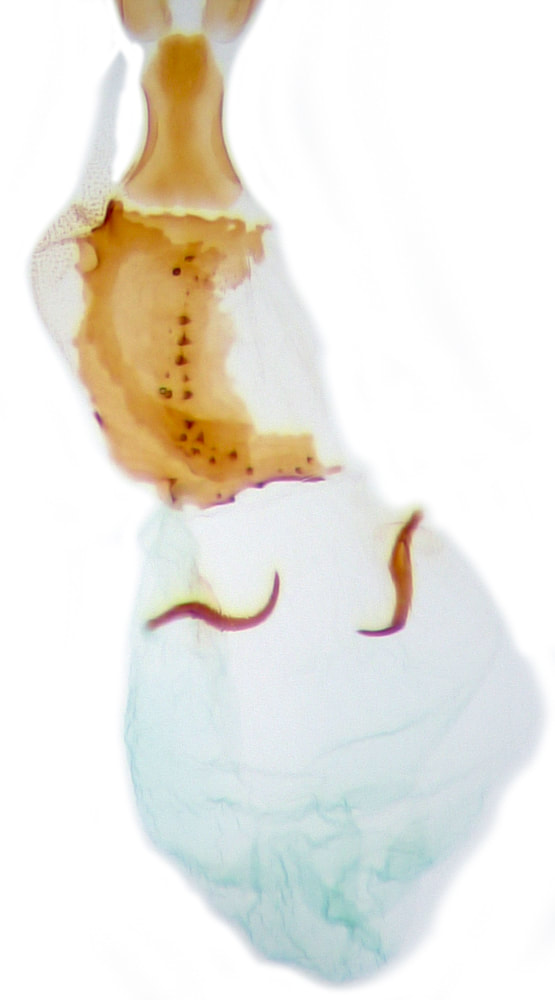 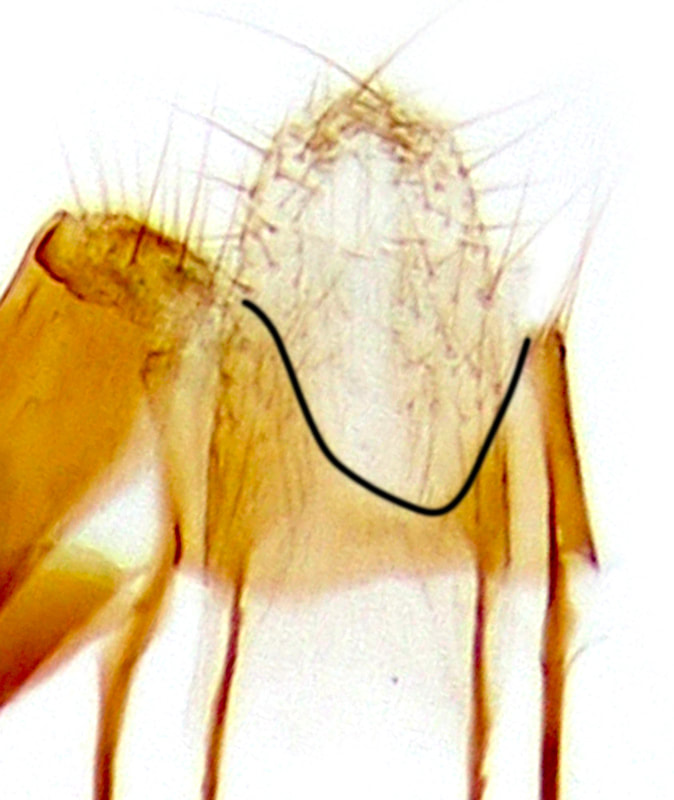