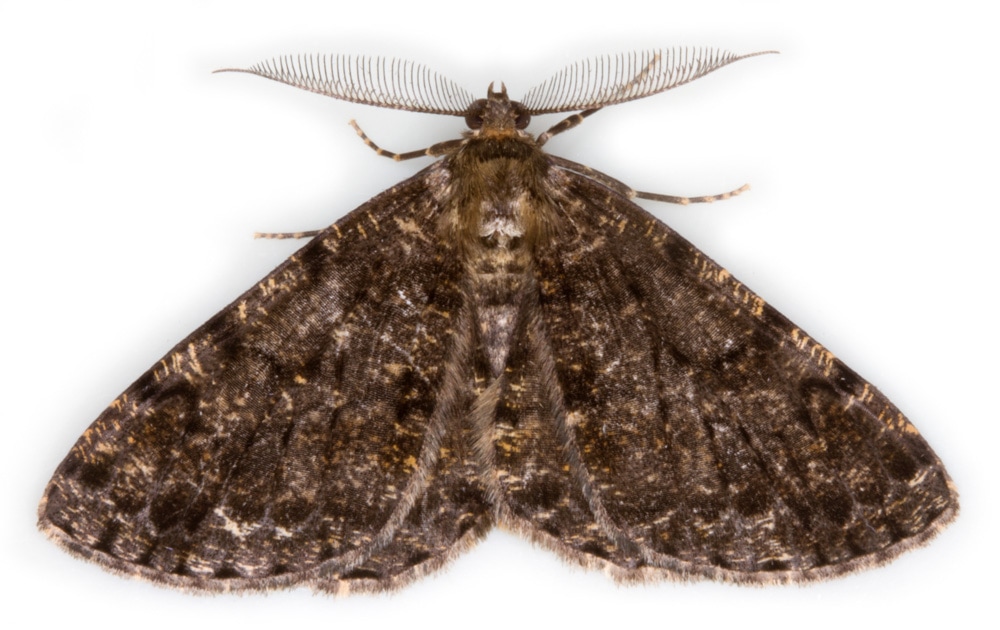 Deileptenia ribeata (Satin Beauty) §2 male
ID: Waring & Townsend suggest that it can be "distinguished from all similar species ... by the broad, rounded forewing and smooth ... margins of both forewing and hindwing". As if to emphasise this description, their illustrations show a more curved proximal portion of the costa than is seen in any web image of D.ribeata - and I believe both the quoted statement and the illustrations to be misleading in this respect. Certainly the smooth hindwing margin excludes Alcis repandata (Mottled Beauty), but the wing-shape and antennae of D.ribeata are very similar to Peribatodes rhomboidaria (Willow Beauty). Its forewing markings can also be quite similar to P.rhomboidaria, but most British specimens of D.ribeata have dark and obscurely-marked forewings. Other features I have observed that may help distinguish these two species, but which are not mentioned by W&T, and which require further examination to confirm are:
1) resting posture - D.ribeata rests with the forewing costae at an angle of 100-130° to each other; in P.rhomboidaria this angle is close to 180°.
2) D.ribeata shows a narrow band of yellowish nuchal scales, not seen in P.rhomboidaria.
3) The ventral surface of the abdomen and anal tuft are yellowish in D.ribeata while in P.rhomboidaria they are whitish and fuscous respectively.
4) The postmedian line of the hindwing reaches costa and dorsum equidistant from the wing base in D.ribeata; this line reaches the dorsum much more proximally than it reaches the costa in P.rhomboidaria and passes much closer to the discal spot as it angles towards the dorsum; this line also appears more distinctly scalloped in its costal half in D.ribeata.
Examination of the male genitalia readily confirm the identification.
<
> 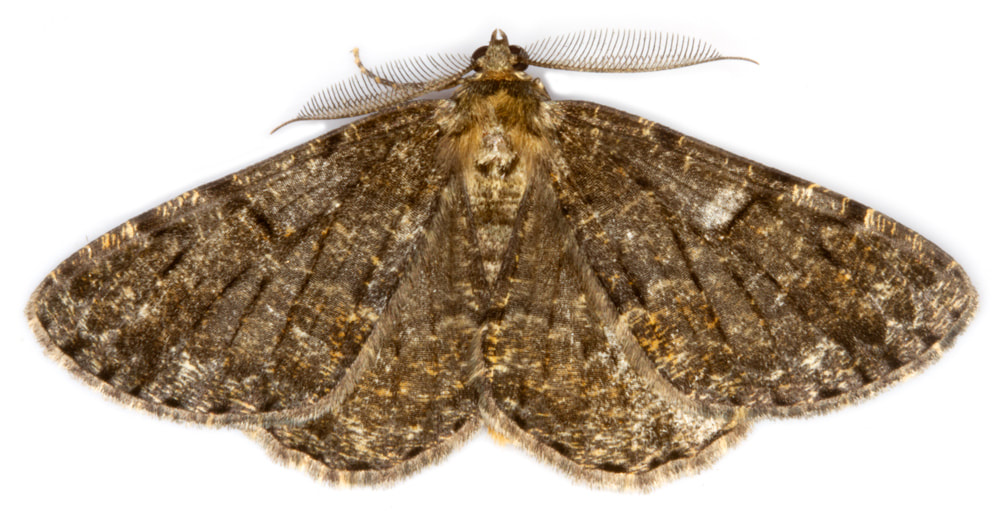 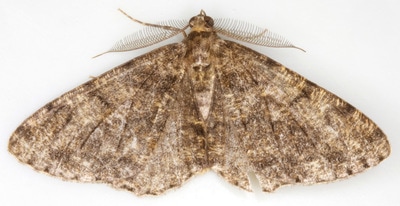 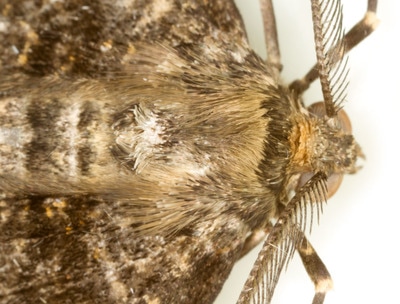 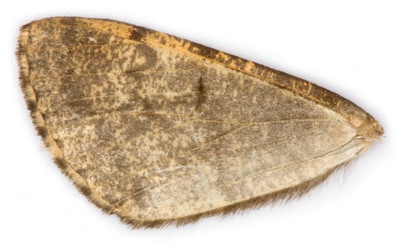 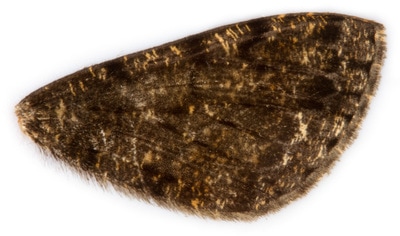 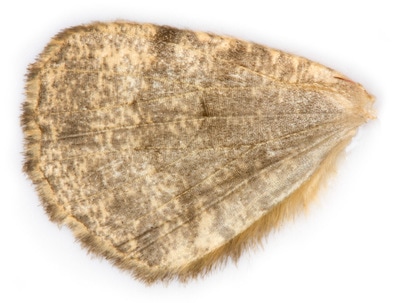 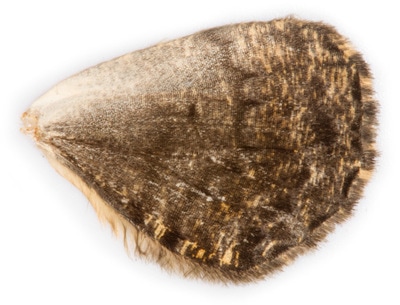 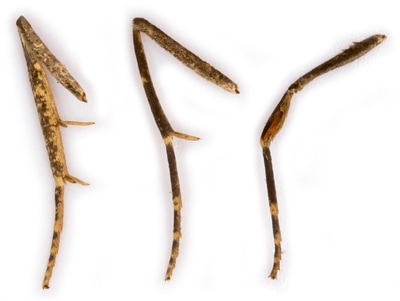 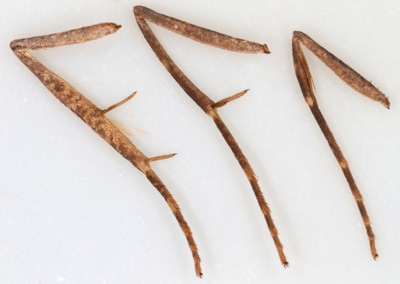 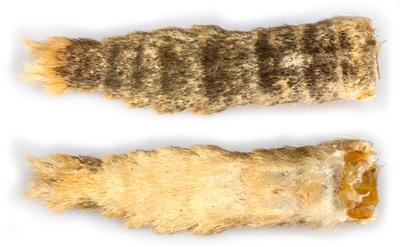 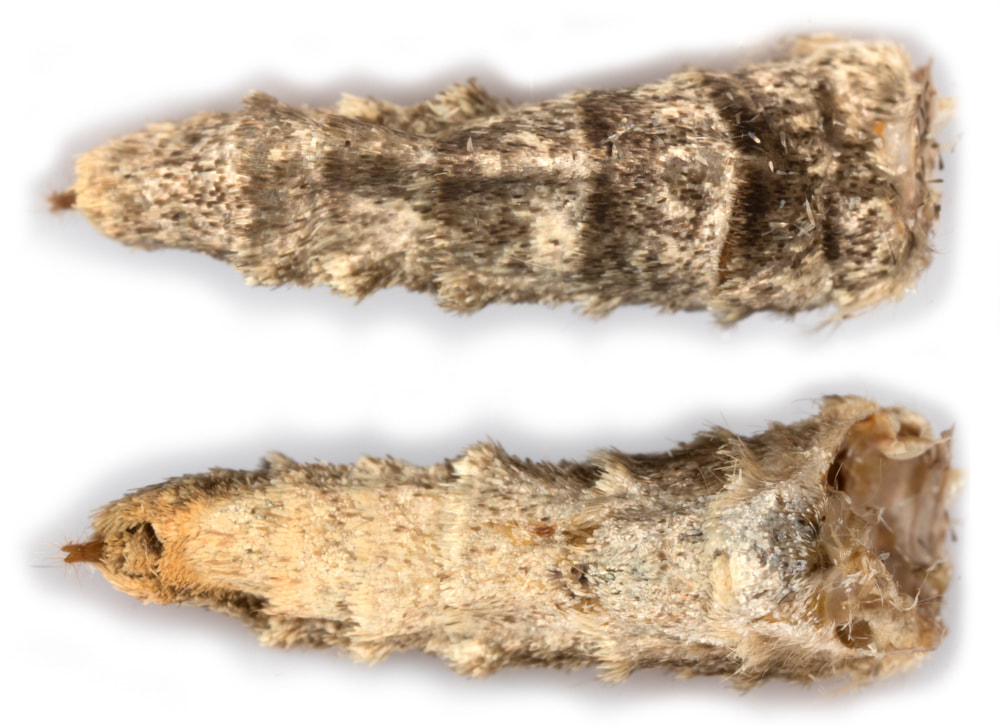 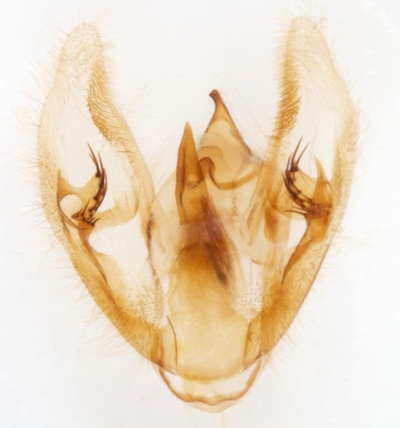 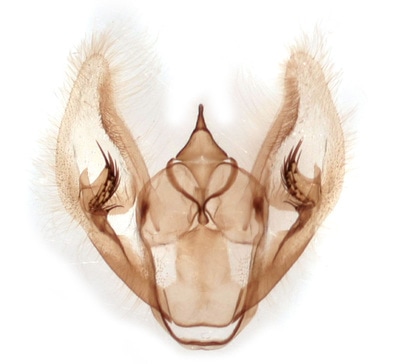 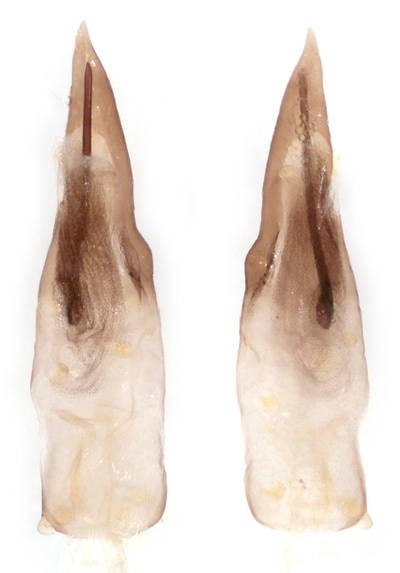 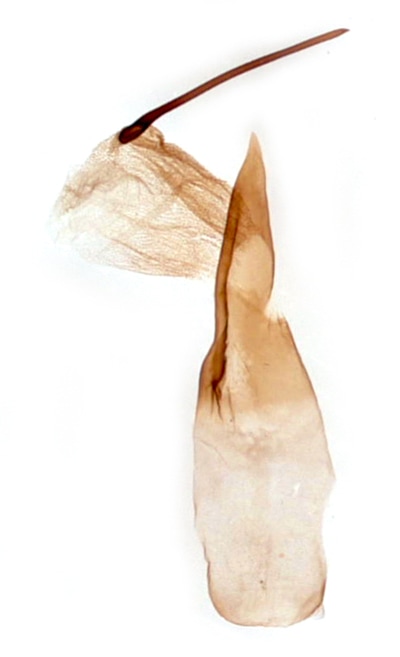 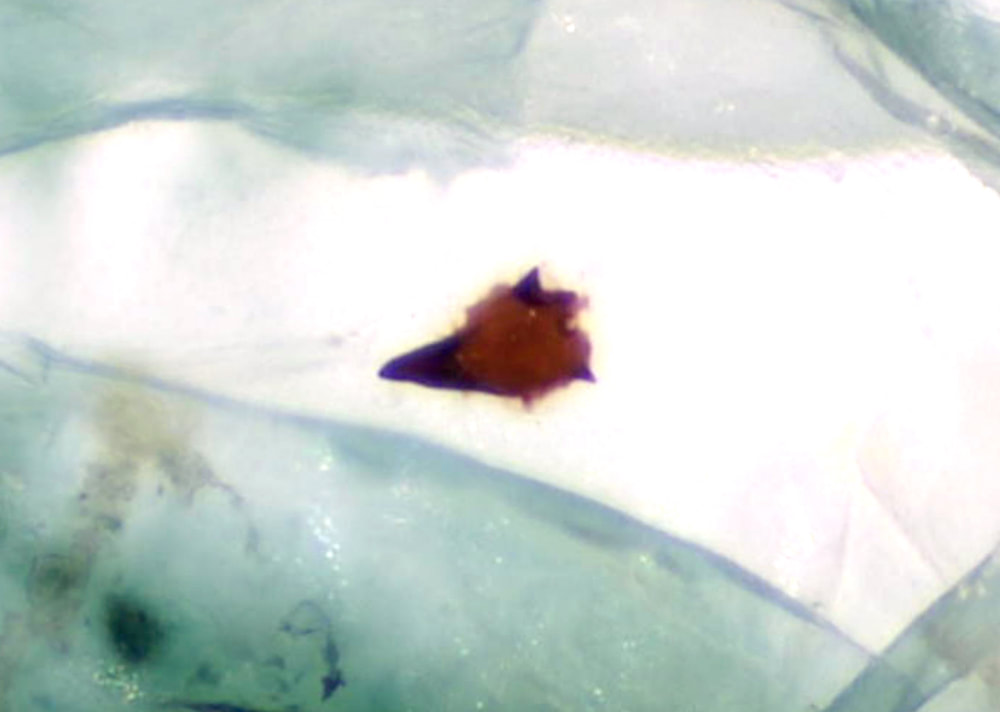