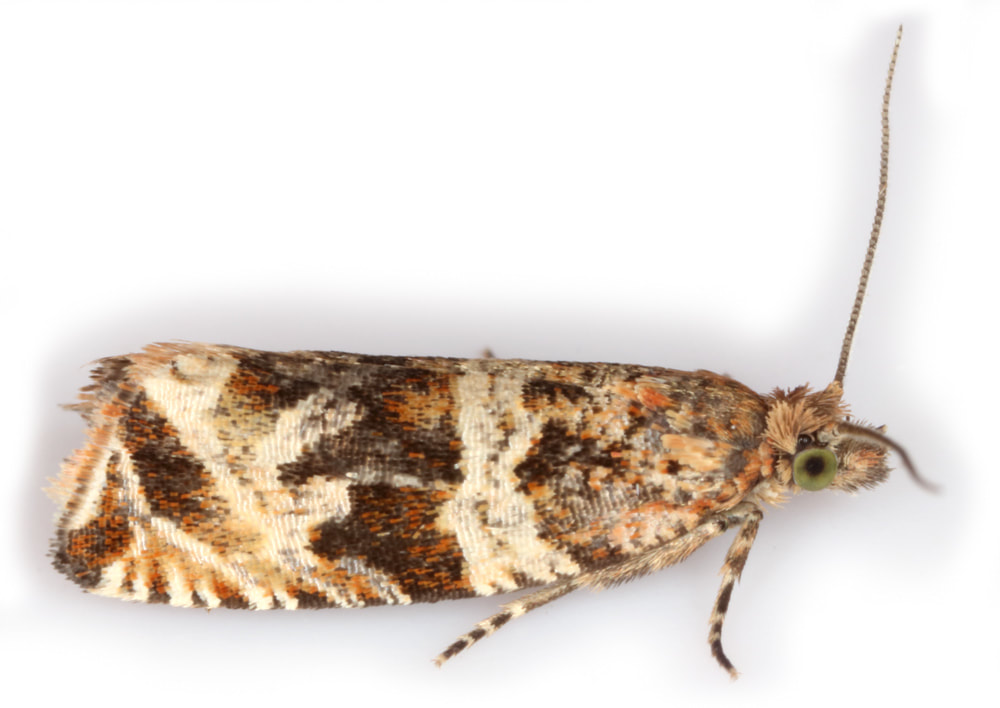 Celypha cespitana §2 male
ID: Markings show a wide range of variation in definition and in colour, from blackish-brown to pale yellowish-ochreous, with a variable mix of reddish; these markings interspersed with whitish striae. Basal and subbasal fasciae confluent; a transverse antemedian 'fascia' of whitish striae and variably expressed strigulae most distinctly marked at costa and with the central one usually prominent; median fascia with a fairly evenly transverse anterior margin and a very irregular posterior margin, showing 2 or 3 distinct central projections directed towards the termen (one central, one towards the costa and a small indistinct one towards the dorsum); pretornal patch, more or less confluent with dorsal portion of median fascia; an oblique subterminal fascia which reaches the termen near the tornus; an apical patch; a series of subapical costal strigulae interspersed with whitish striae; a distinct basal line in the terminal cilia. Similar to other Celypha species. C.lacunana averages larger and usually shows a longitudinal incursion of pale ground colour in the costal half of the median fascia; it also lacks the prominent projections from the posterior margin of the median fascia. Very similar to C.rivulana and probably requires genital dissection for confident identification. C.doubledayana was also very similar, was confined to the fens of East Anglia but is now considered extinct in GB.
Male genitalia: Celypha species differ mainly in the arrangement of the groups of saccular spines. In C.cespitana there is a large group of stout, somewhat curved, spines directed out from the ventrolateral angle of the sacculus; a small group of shorter straight spines directed in from the ventrolateral angle and a large group of stout, straight, spines direct in from near the apex of the sacculus. In C.rivulana there is a small group of long spines directed out from the ventrolateral angle of the sacculus and rows of short spines all along the inner edge of the sacculus from the basal cavity to the apex. 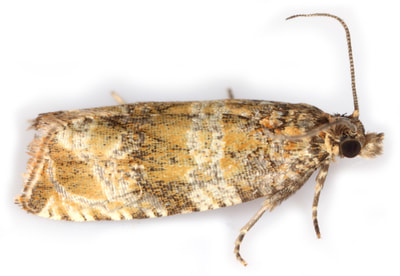 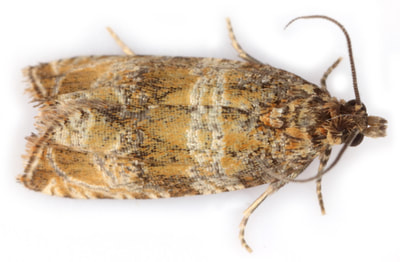 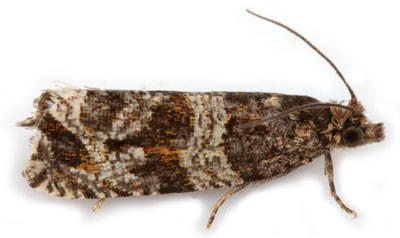 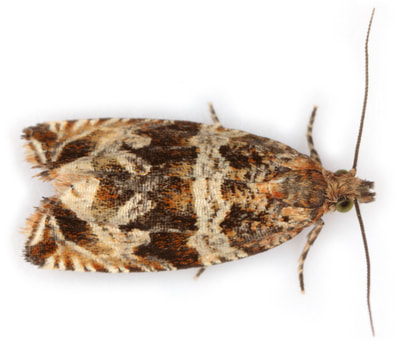 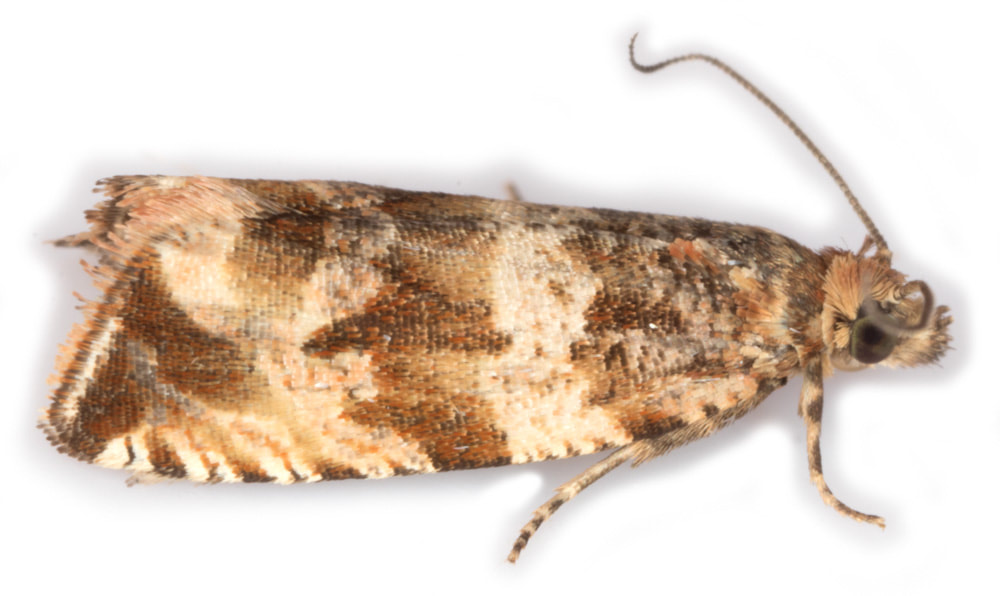 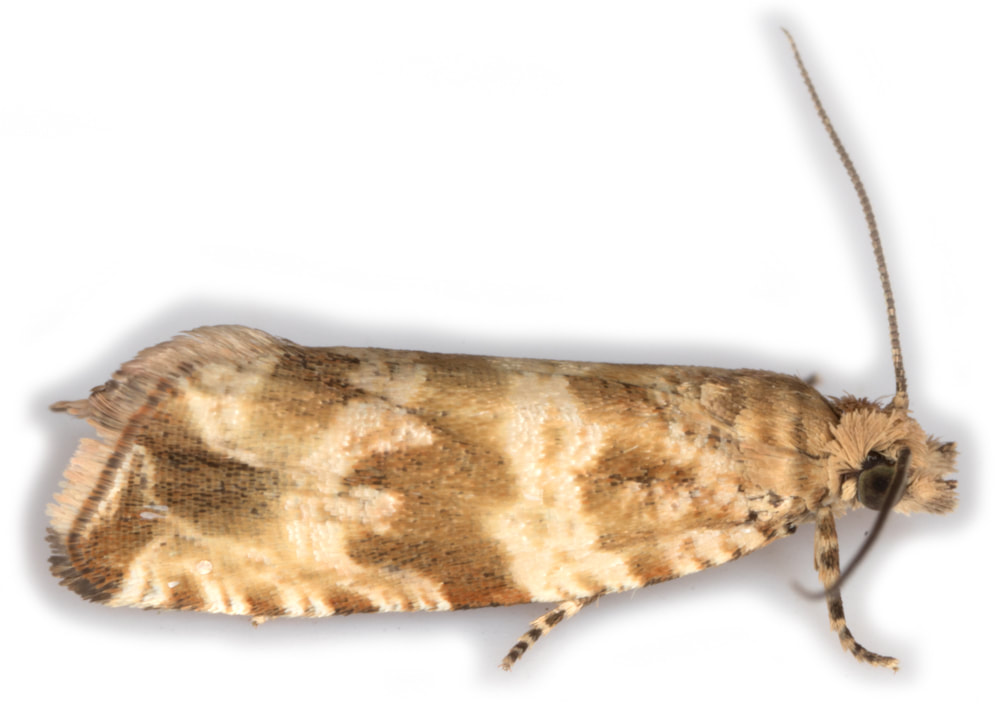 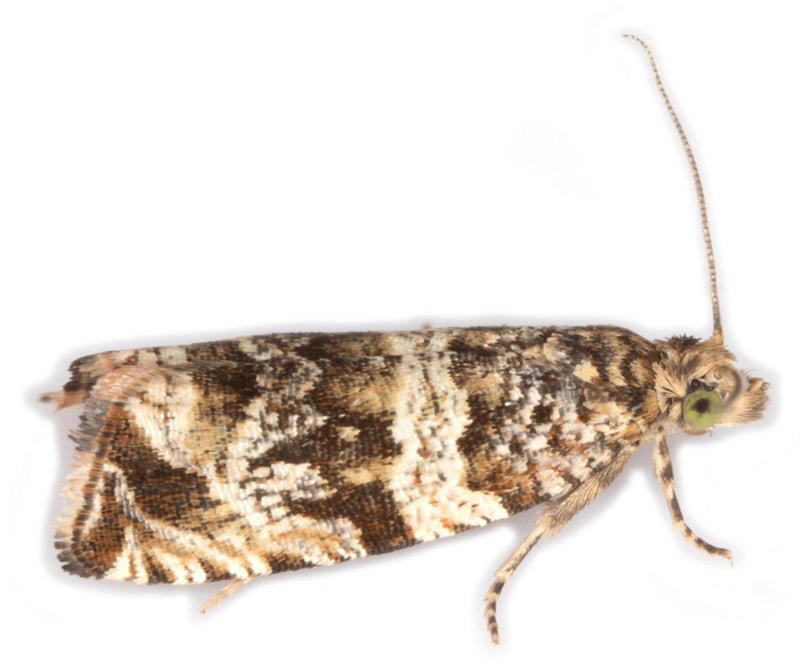 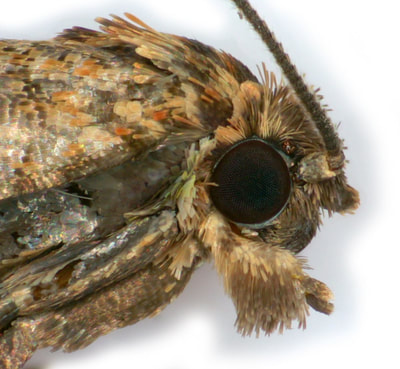 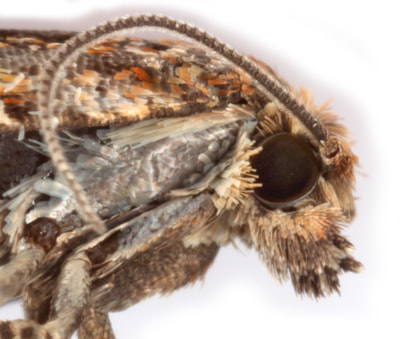 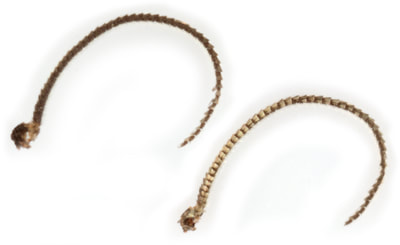 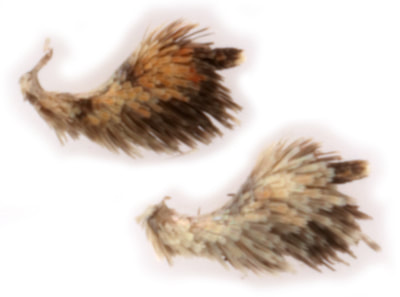 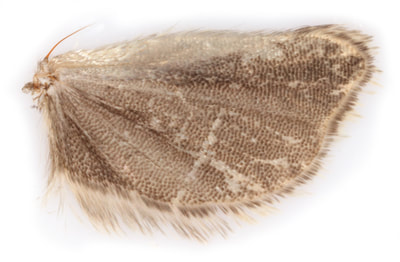 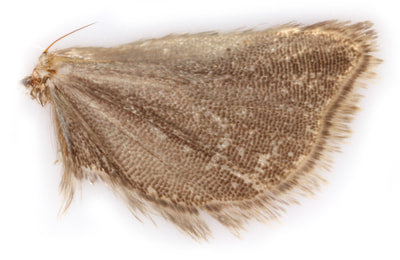 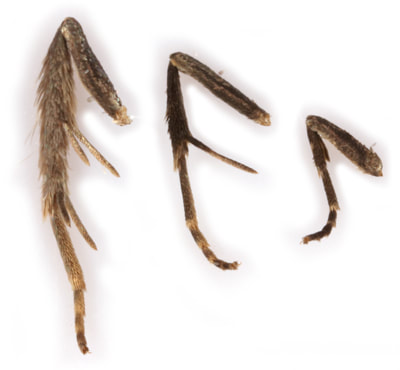 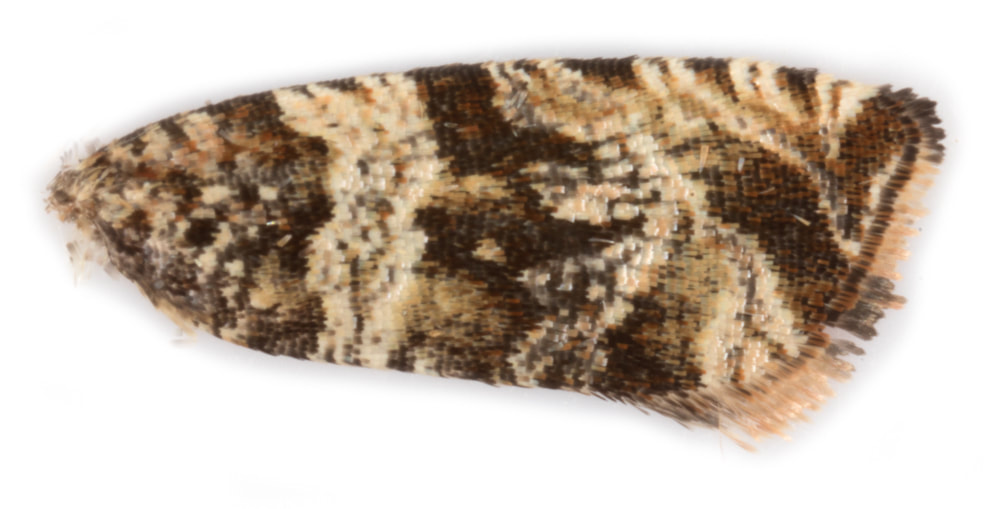 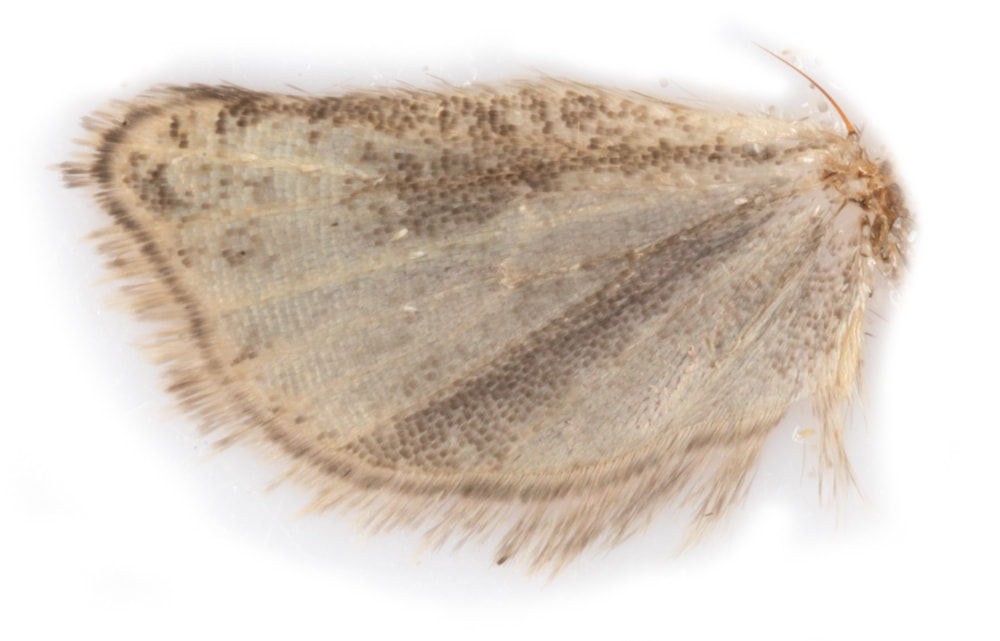 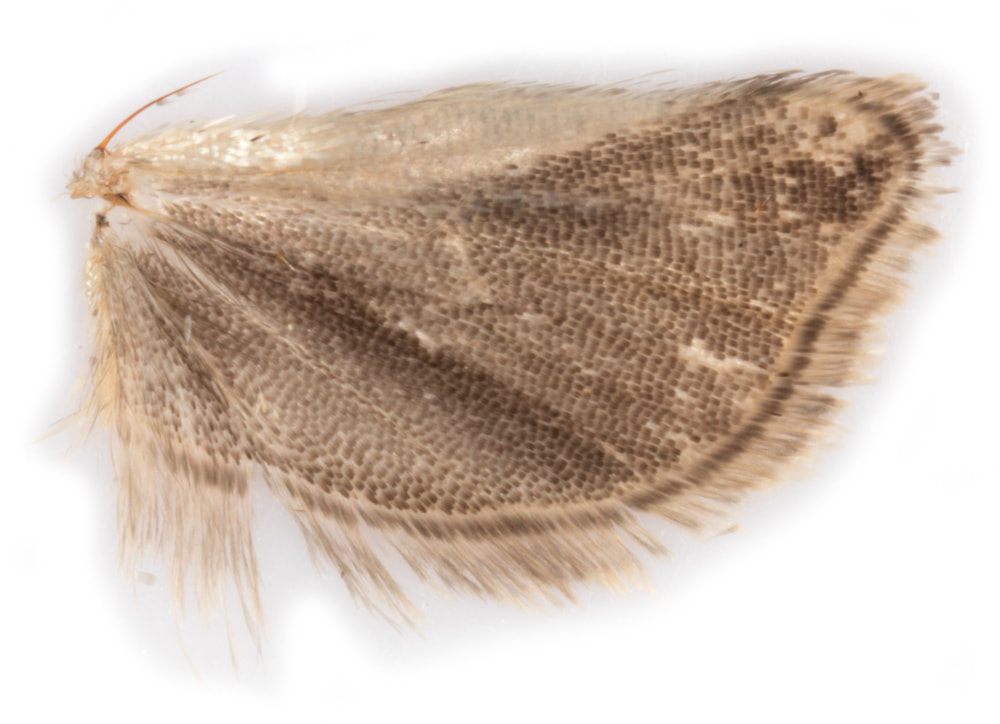 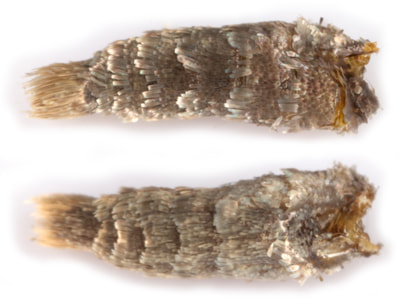 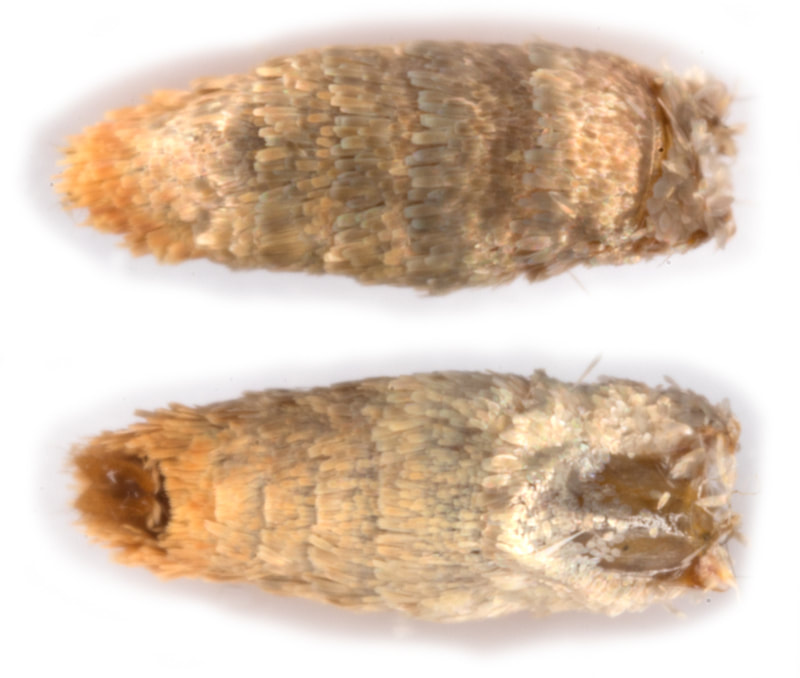 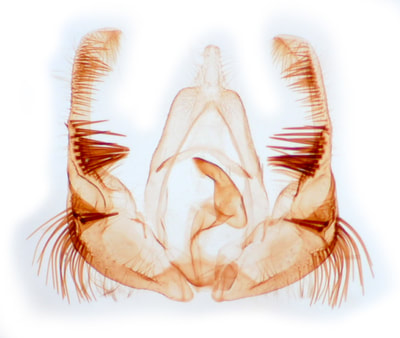 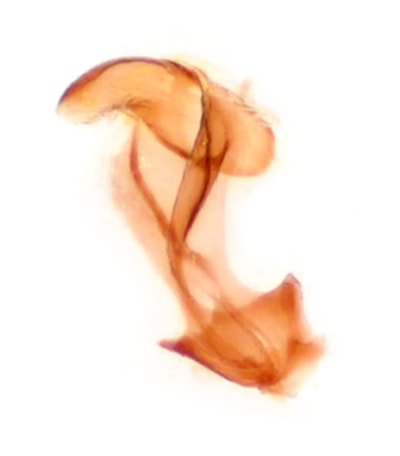 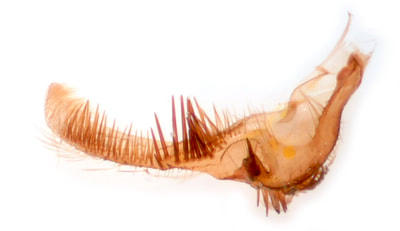 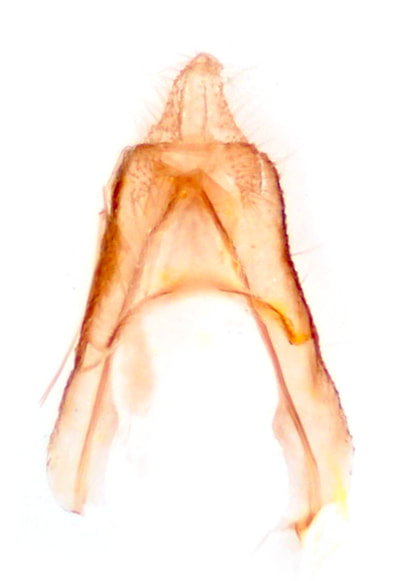 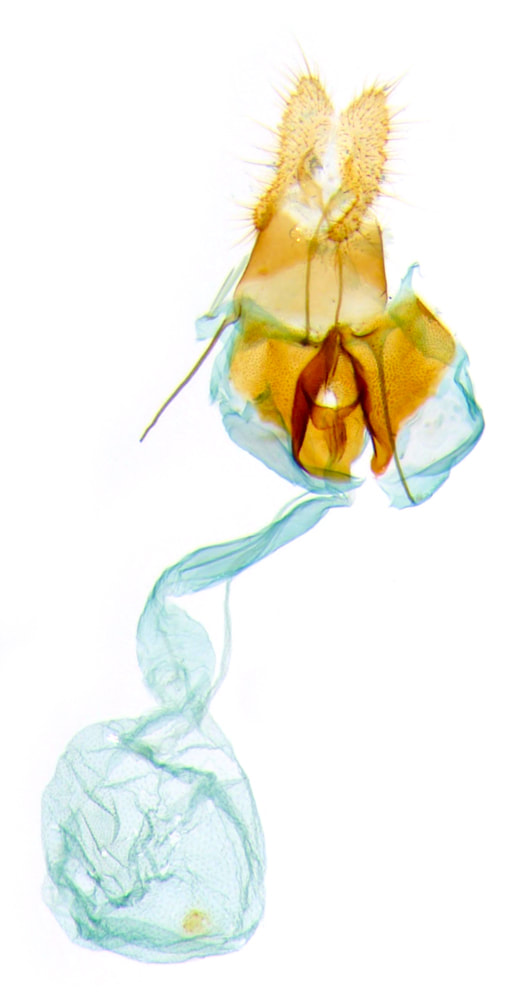 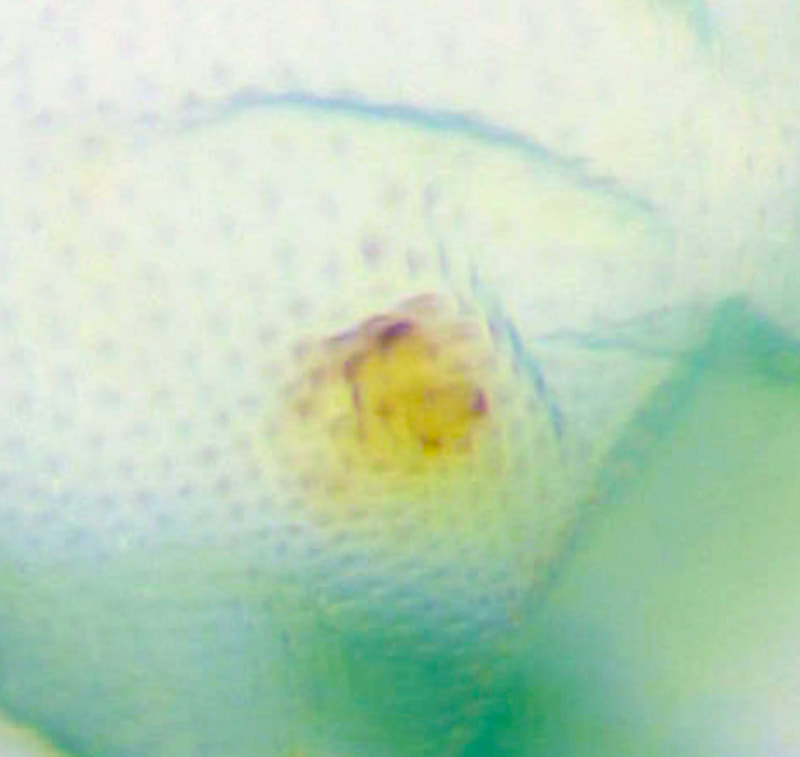 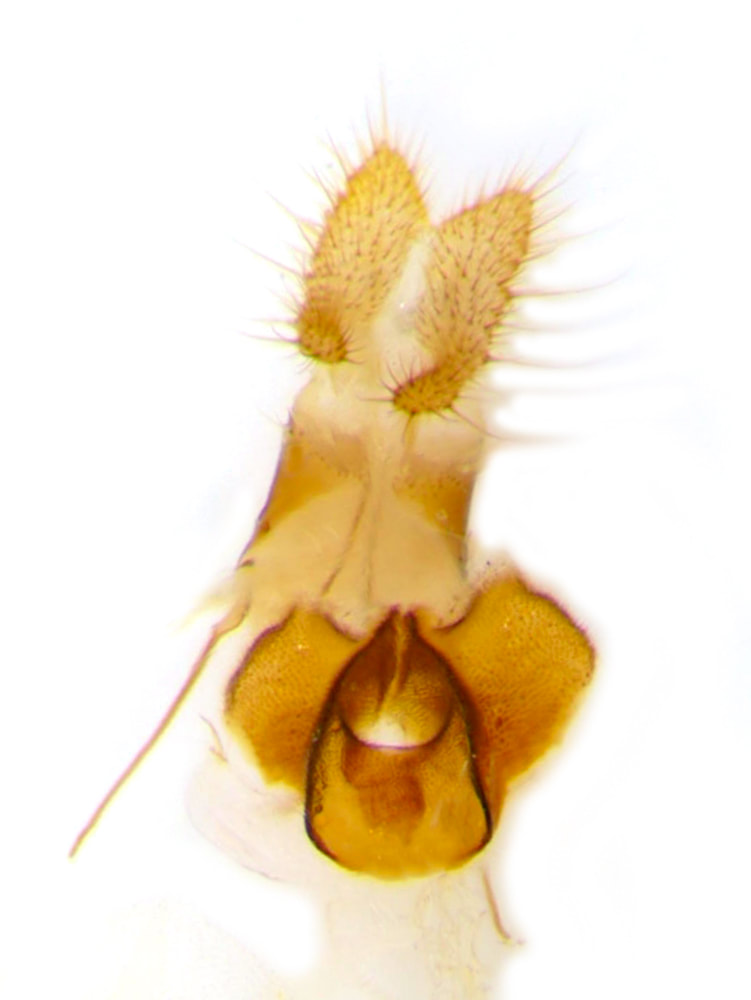