Agonopterix scopariella §2 female
ID: Variable and similar to several other Agonopterix species. Likely to require genital dissection to confirm identity. Forewing ground colour brown; costa fairly straight, apex squared with termen at ~90 deg to costa; black/cloudy fuscous blotch in disc; a pair of oblique black dots in disc at 1/3, sometimes bordered with some white scales; white dots in disc at 1/2 and 3/5 which are variable in prominence and may be obscure. Very similar to A.atomella which has a more buff forewing ground colour; A.heracliana/ciliella have a more rounded forewing apex and more distinct, dark-outlined white discal dots; A.subpropinquella has a similar forewing shape but lacks white discal dots.
Male genitalia: Distal process of sacculus at ~90 deg to sacculus, straight, slender, narrowing to a pointed apex. A.atomella is similar but (by comparison with the drawings in MBGBI4.1 p54 figs15b,d) has a relatively long distal process of the sacculus such that it traverses almost the entire width of the valva.
<
> 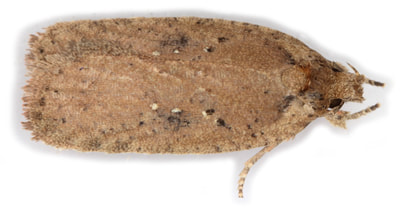 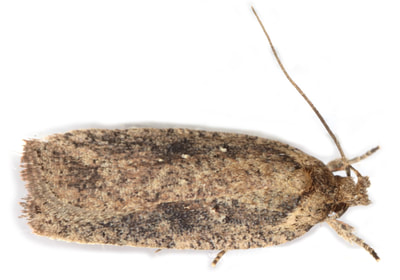 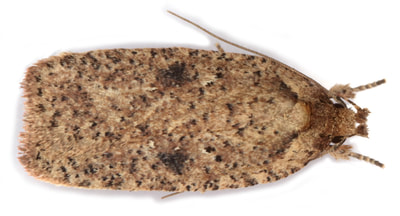 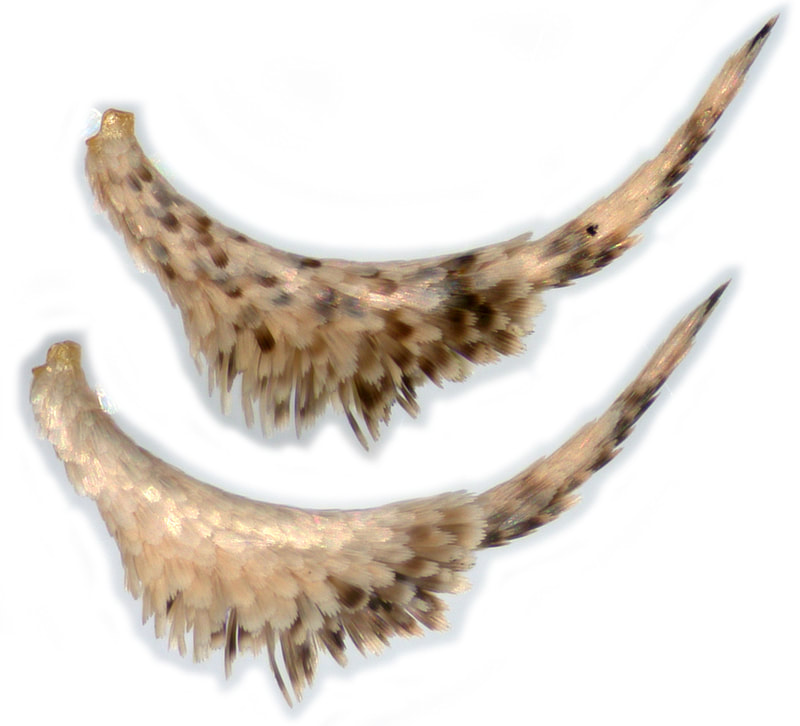 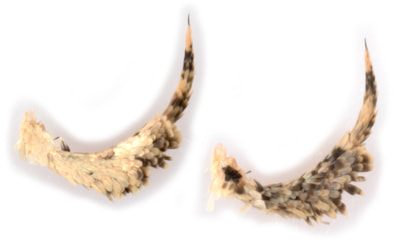 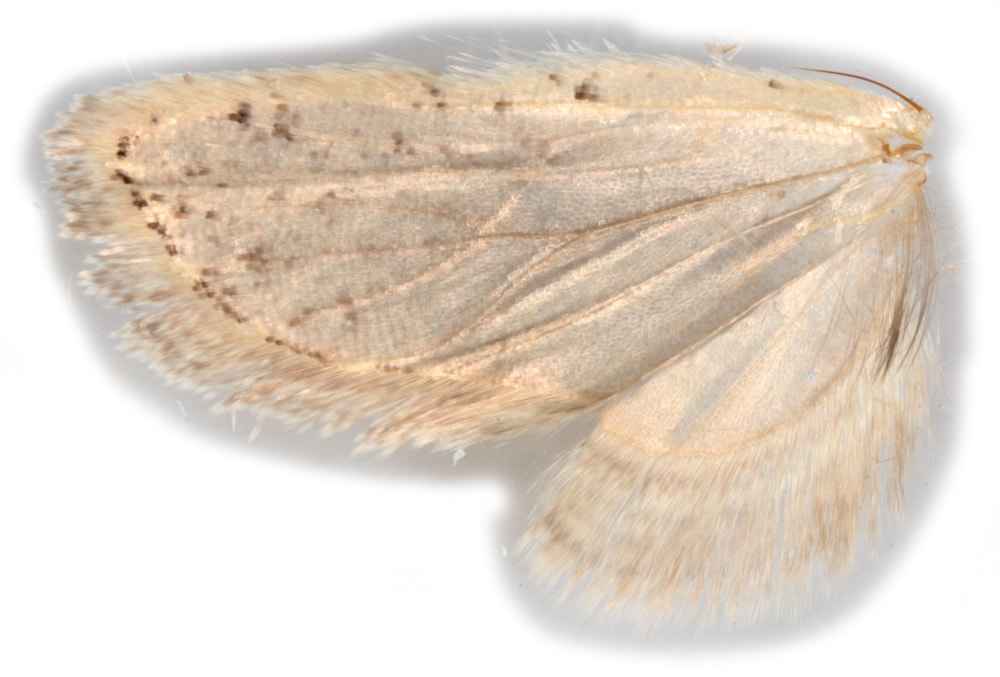 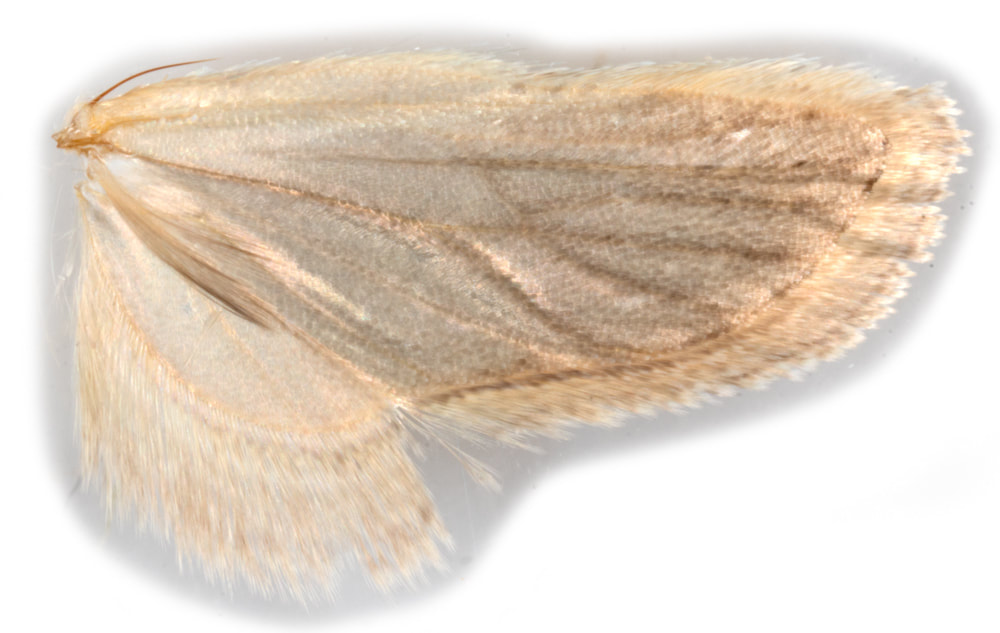 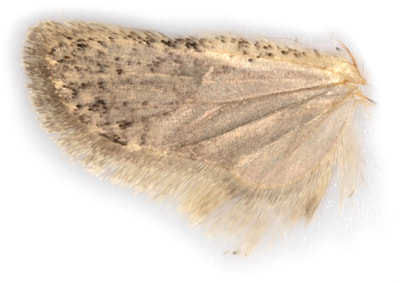 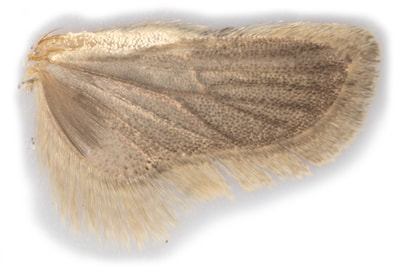 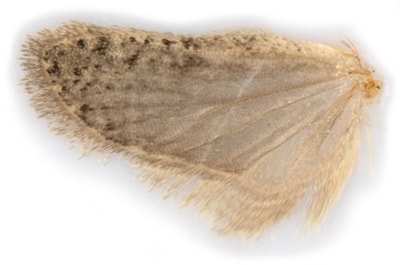 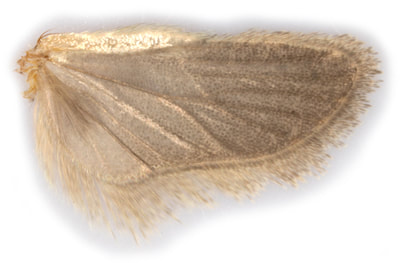 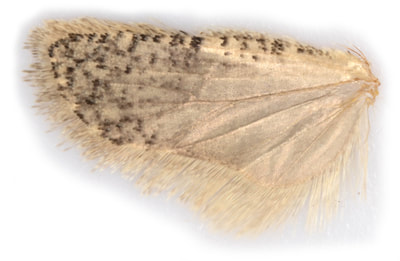 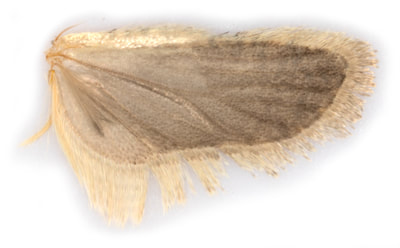 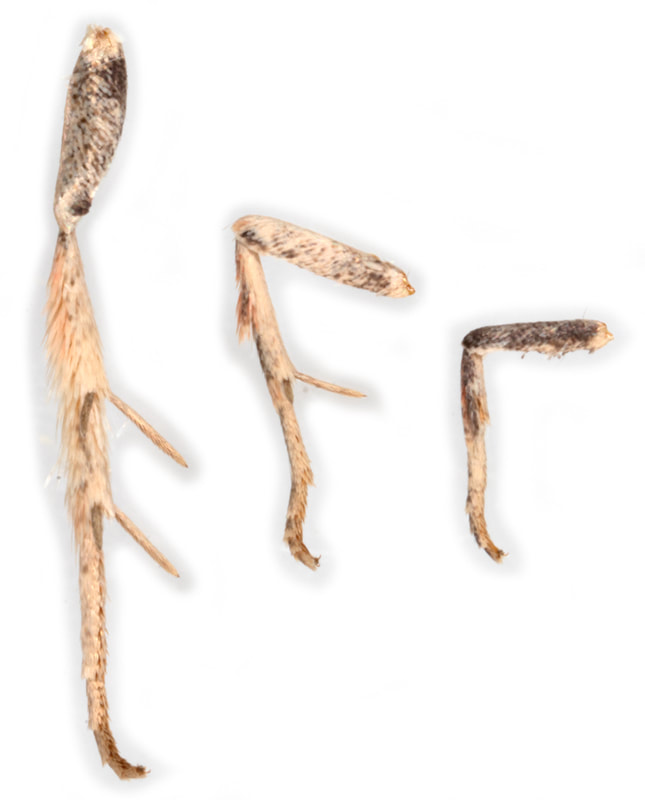 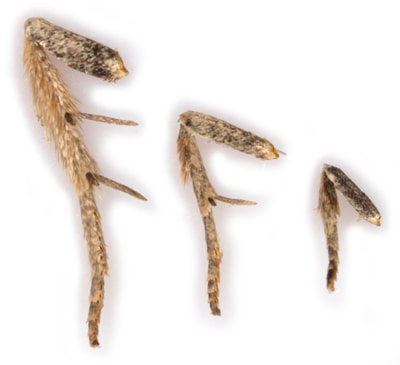 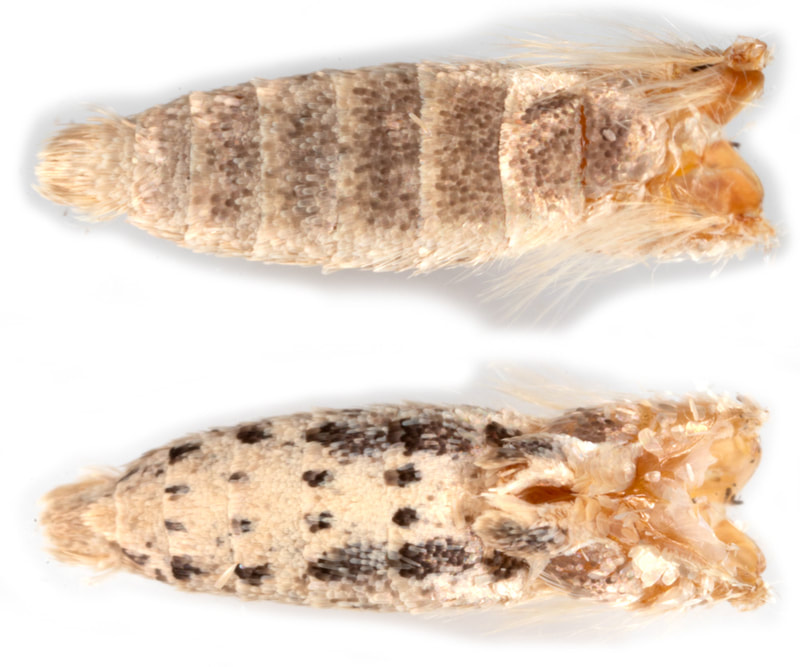 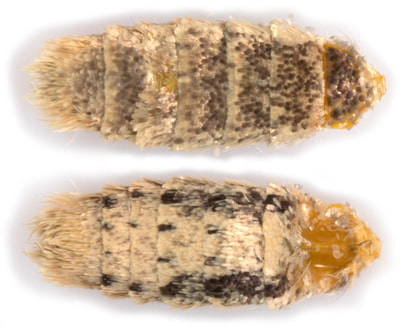 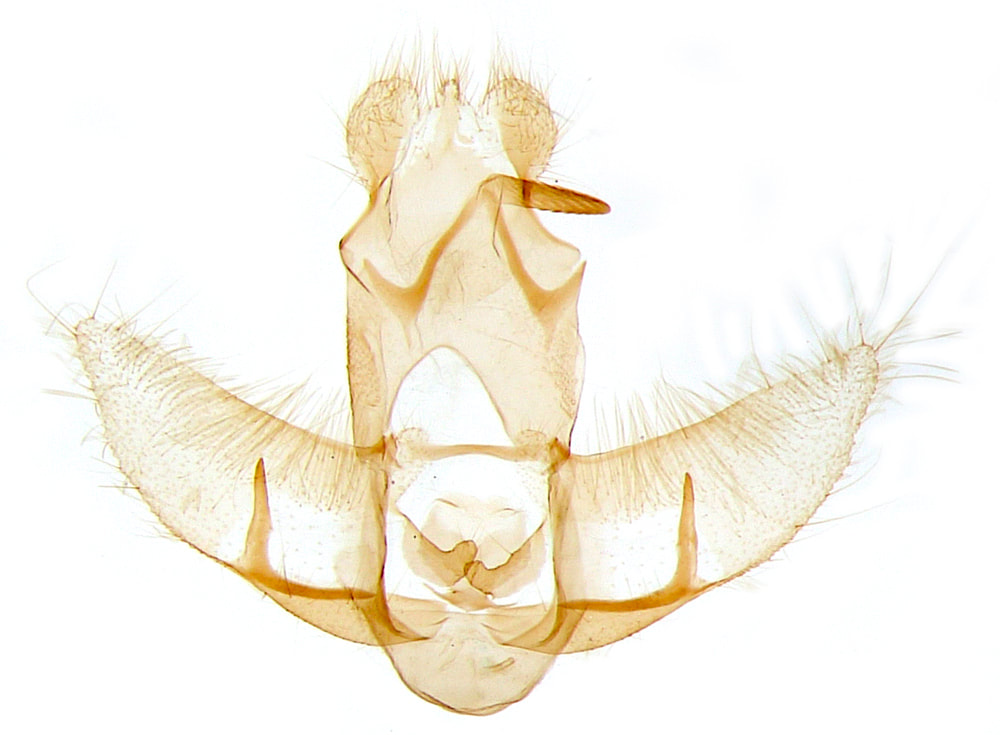 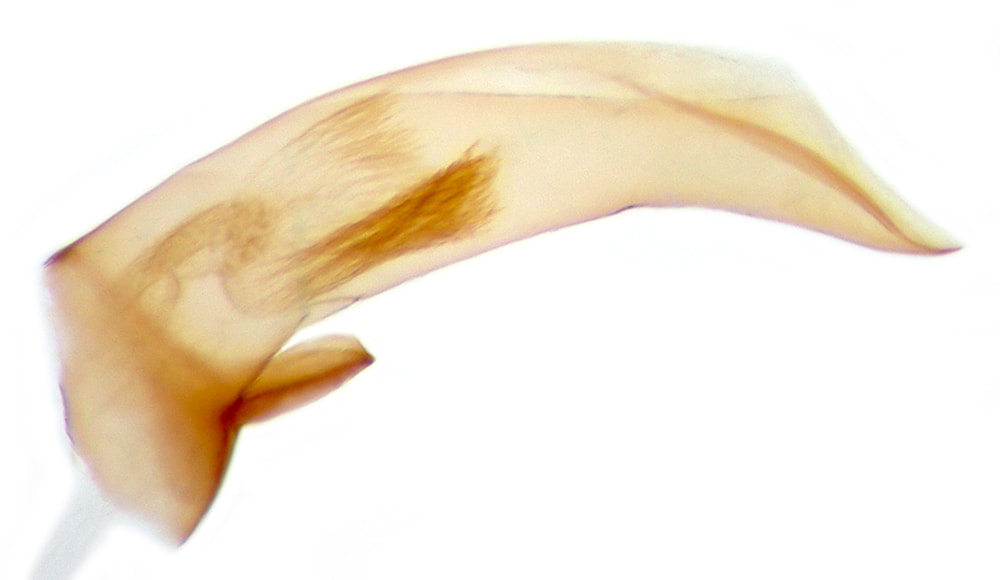 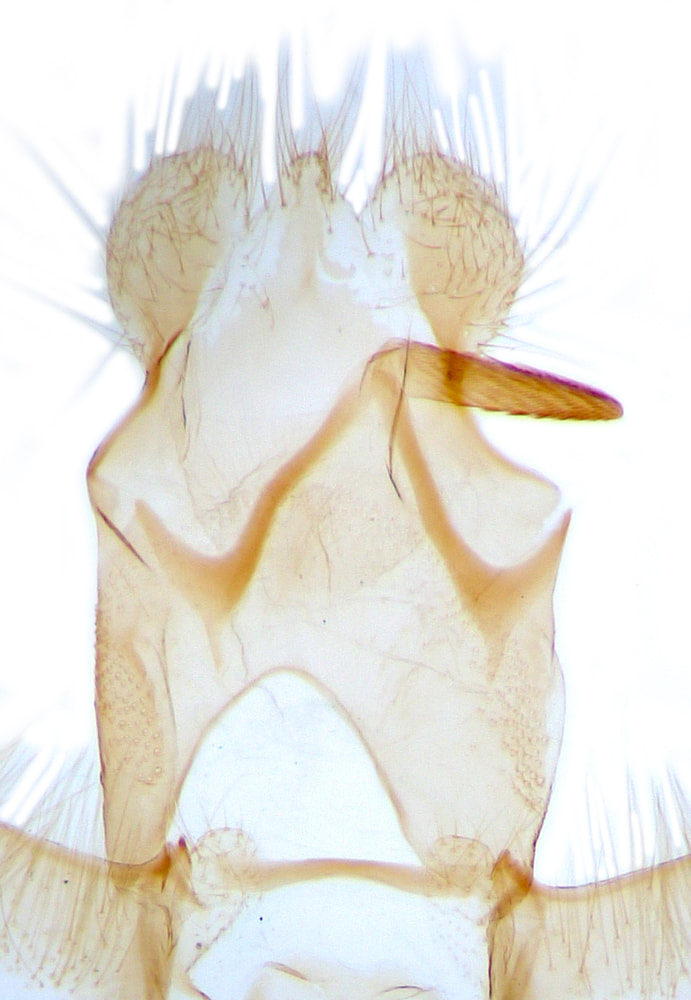 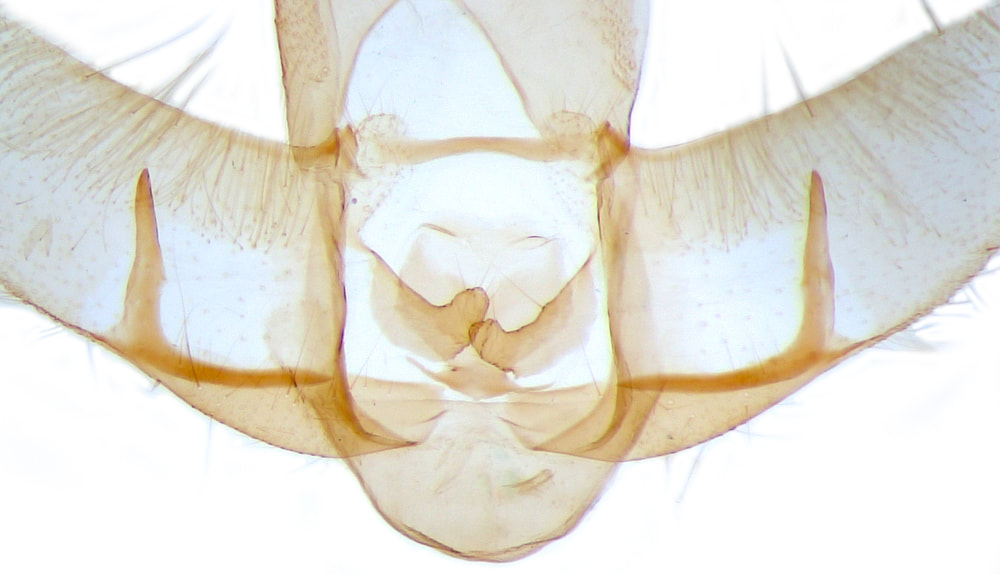 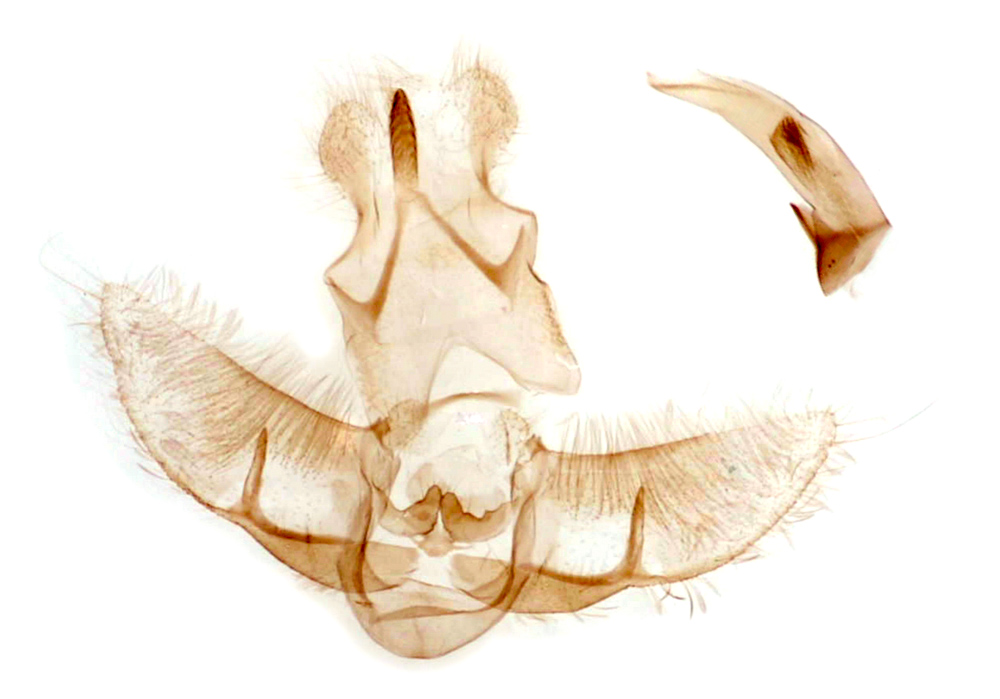 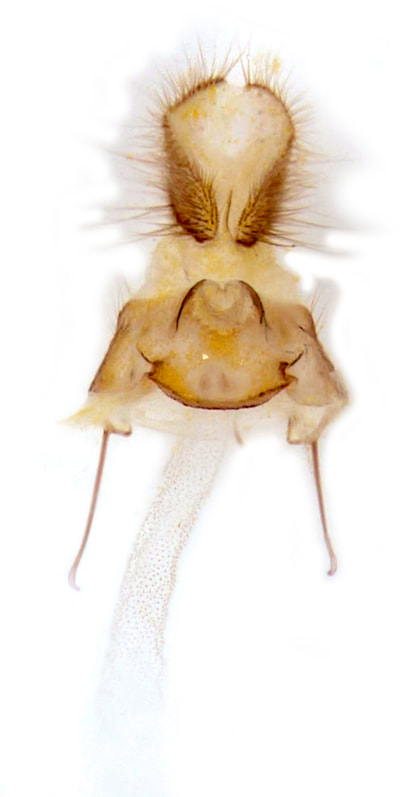 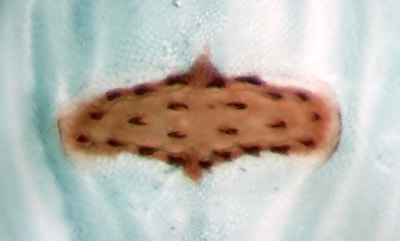