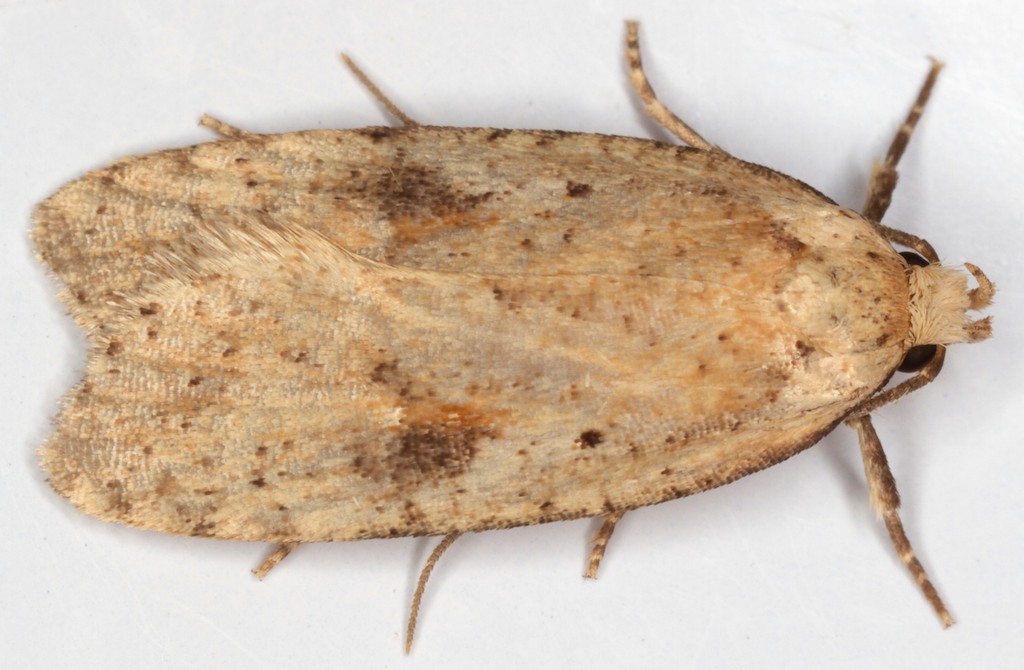 Agonopterix assimilella §2 male
ID: from key in MBGBI4.1: Forewing not dark purplish or crimson-brown, without white dot in disc; foreleg with tibia and tarsus buff brown (not uniformly dark fuscous or black on upper aspect); S3 of labial palps with dark markings; apical half of fw terminal cilia not contrastingly pink to purplish-brown; fw with black or cloudy fuscous blotch in disc at 3/5 extending towards tornus > A.assimilella
Somewhat variable. The brownish-fuscous basal line may be reduced to a subdorsal dot; the obliquely placed pair of black dots at 2/5 are usually unequal with the costo-basal spot larger, the dorsoapical spot may be obsolete.
A.angellicella also has a black patch at 3/5 usually extending towards tornus and flies Jul-Sep but its forewing is tinged orange and the costa suffused pink and its palps have no dark markings. 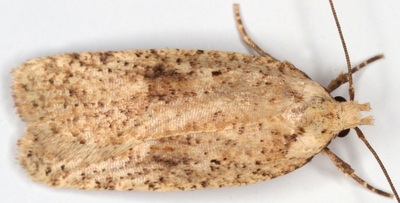 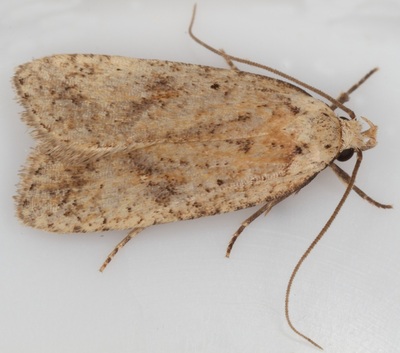 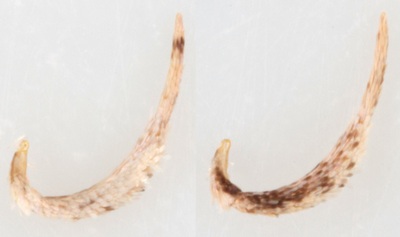 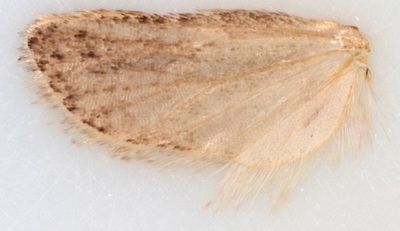 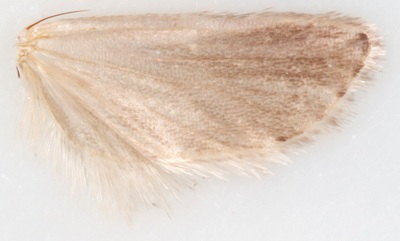 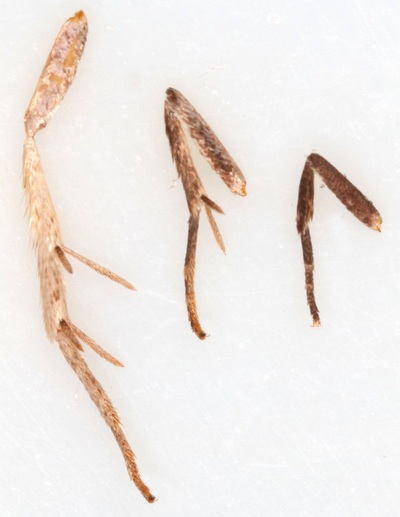 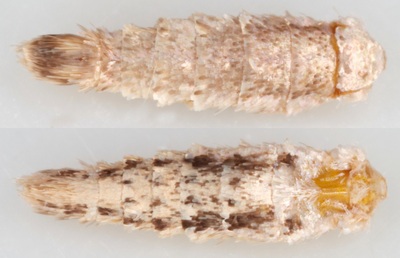 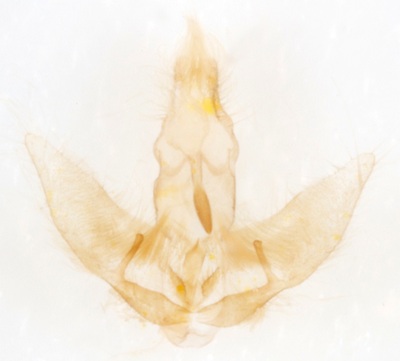 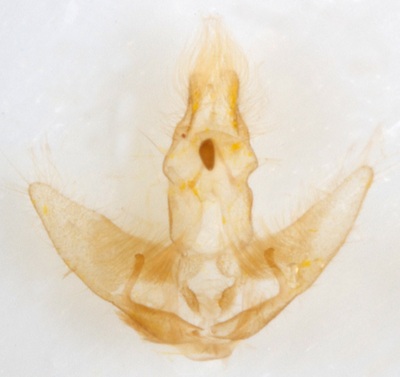 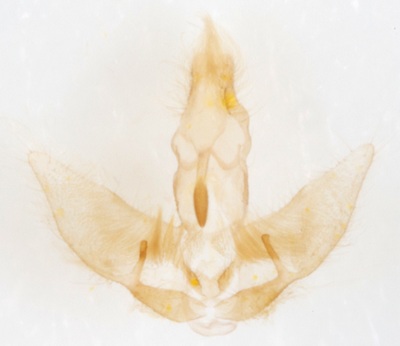 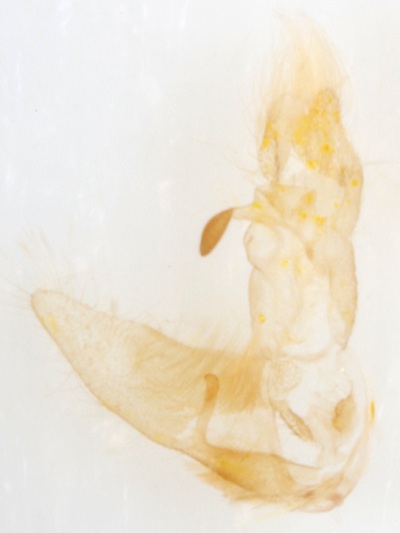 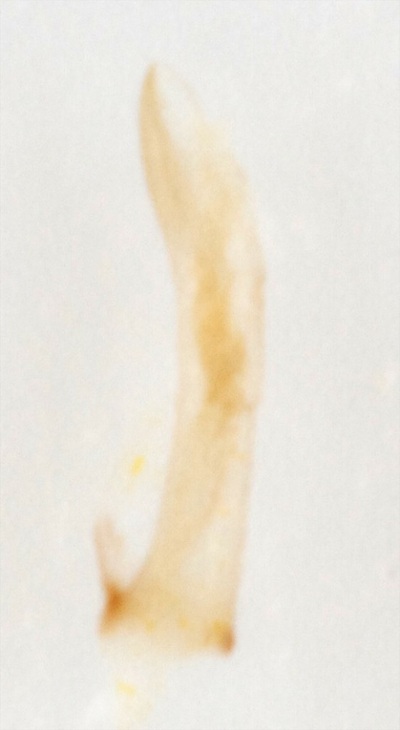