Gypsonoma sociana §1 male
ID: Distinguished from other Gypsonoma species by the clear white frons, creamy white in G.dealbana.
Male genitalia: ventral border of valva shallowly emariginate towards apex; deeply emarginate in G.dealbana
Female genitalia: Illustrated and described by Pierce and Metcalf, illustrated but not described in MBGBI5.2, not shown at Dissection Group.
The illustrations in MBGBI5.2 do not show any very convincing difference between G.sociana and G.dealbana.
The crucial difference described and illustrated by P&M is that the ostial plate is angular in G.sociana and rounded in G.dealbana; they also illustrate the ostial plate as occupying ~80% of the diameter of S8 in G.sociana so that the plate is 2-3x wider than it is long, ~50% in G.dealbana and <2x wider than long.  The images of G.dealbana at dissection group show 3 specimens, 2 of which conform to the above description for G.dealbana and 1 of which looks more like the description for G.sociana. The sclerotisation of the ductus bursae is not mentioned by P&M. In the images at Dissection Group it is shown to have a narrow (ventral) extension which reaches the ostium in all 3 specimens (my images of G.dealbana also show this feature). The length of the sclerotisation of the ductus bursae in the images of G.dealbana at Dissection Group is 4x its width (~5-6x in my images of G.dealbana). §3 below shows the ductal sclerotisation not connected to the ostium and ~2x as long as wide.
<
> 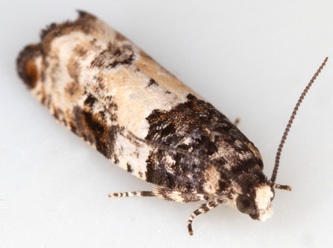 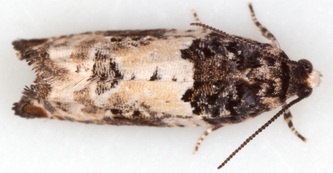 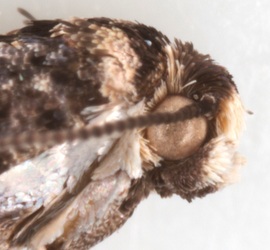 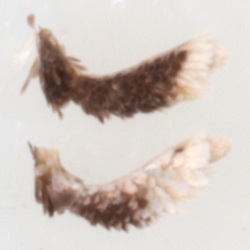 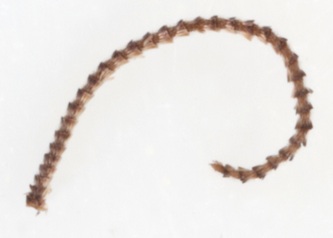 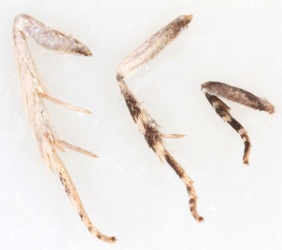 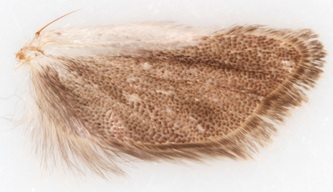 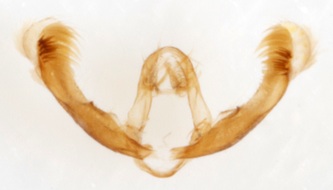 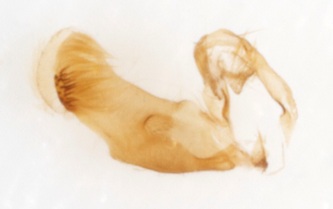 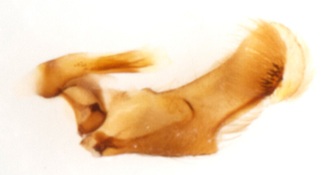 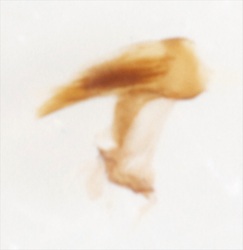 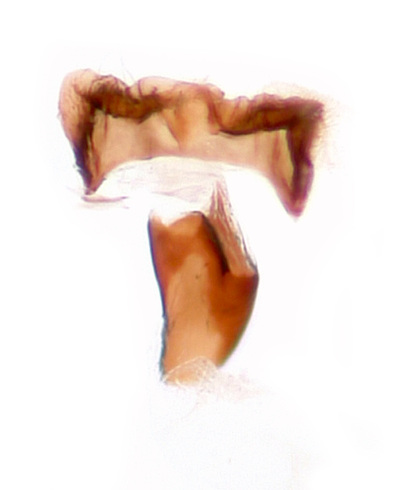 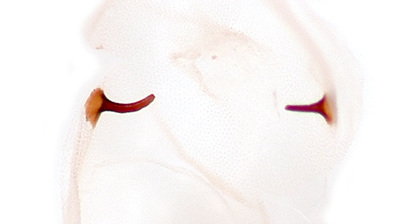