Peribatodes rhomboidaria (Willow Beauty) §3 male
ID: 3rd cross-line straight in dorsal half, strongly kinked in costal half, dotted at each vein-crossing; subterminal line on hindwing underside is “angled centrally” (I have yet to be convinced about this feature); male antennae feathered with feathering tapered and ends before the apex*; 2nd and 3rd cross-lines converge strongly towards dorsum. In P.secundaria (Feathered Beauty) the 3rd cross-line is strongly curved in dorsal half; subterminal line on hindwing underside not angled centrally; feathering of male antenna ends abruptly 1mm from apex. P.ilicaria (Lydd Beauty) is best distinguished by the sub-terminal cross-line on the hindwing upperside which is strongly curved in P.ilicaria and nearly straight in P.rhomboidaria. Deileptenia ribeata (Satin Beauty) is probably best distinguished by wing-shape, having a more curved costa and rounded apex; its forewing markings can be quite similar to P.rhomboidaria, but its hindwing appears much less well-marked than its forewing and this contrast between forewing and hindwing may be a good feature?  In Alcis repandata (Mottled Beauty) the 2nd and 3rd cross-lines converge very little towards the dorsum and the hindwing margin is strongly scalloped. Hypomecis roboraria (Great Oak Beauty) is grey (P.rhomboidaria is usually more brown) and is usually larger (fw 21-32mm); it also has a small dark spot between 1st and 2nd lines of hindwing (absent in P.rhomboidaria). H.punctinalis (Pale Oak Beauty) is also grey, averages larger (fw 22-26mm) and its hindwing spot has a pale centre.
* Waring states that the feathering ends 2mm from the apex. As can be seen in the antenna of §3 in the gallery below, the feathering tapers towards the apex but is still noticeably feathered at 2mm from the apex and only the apical 1mm is without any feathering at all.
<
> 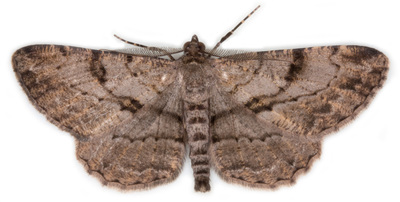 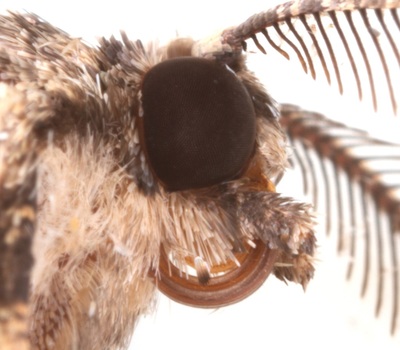 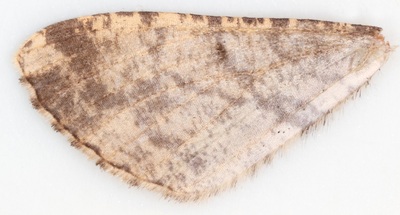 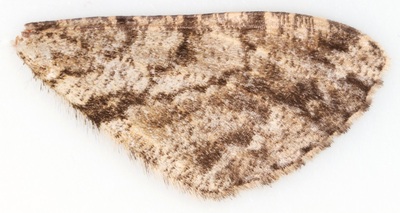 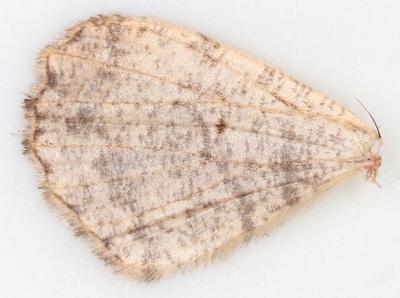 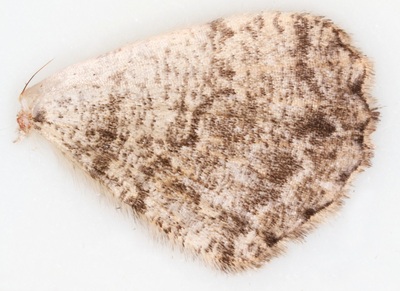 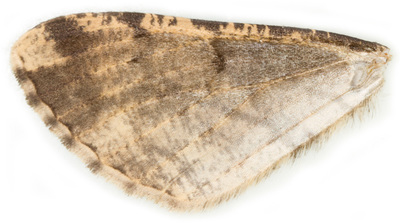 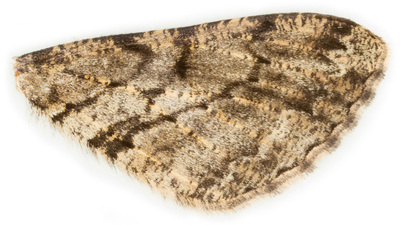 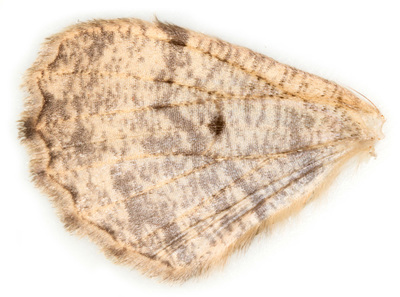 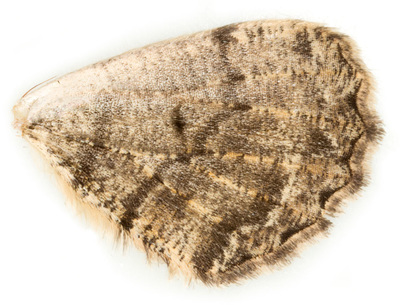 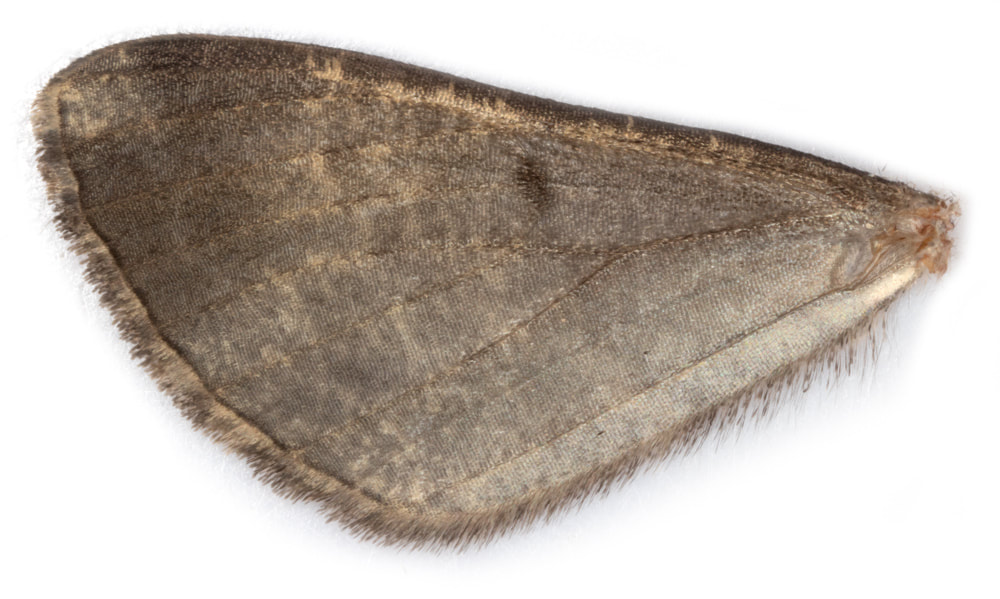 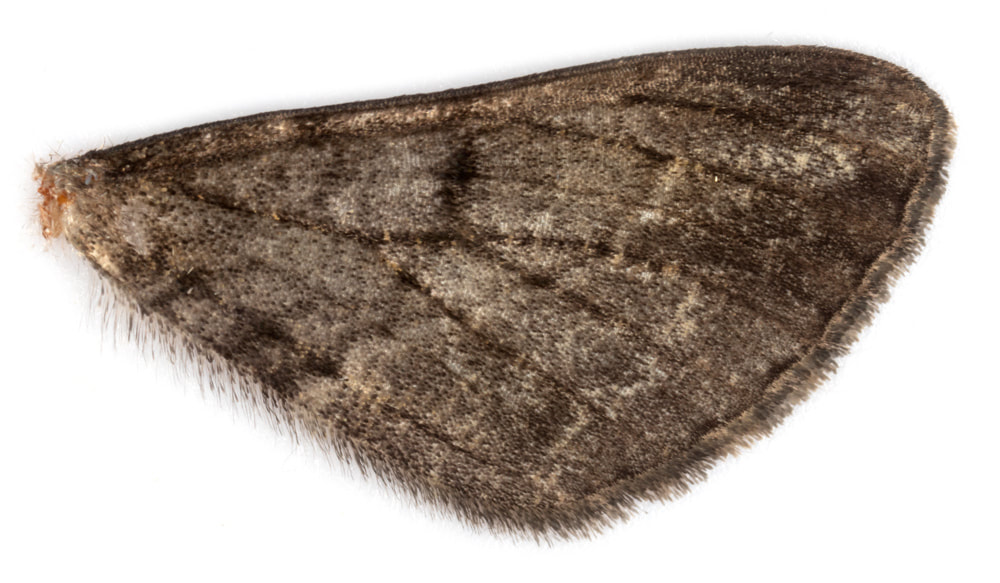 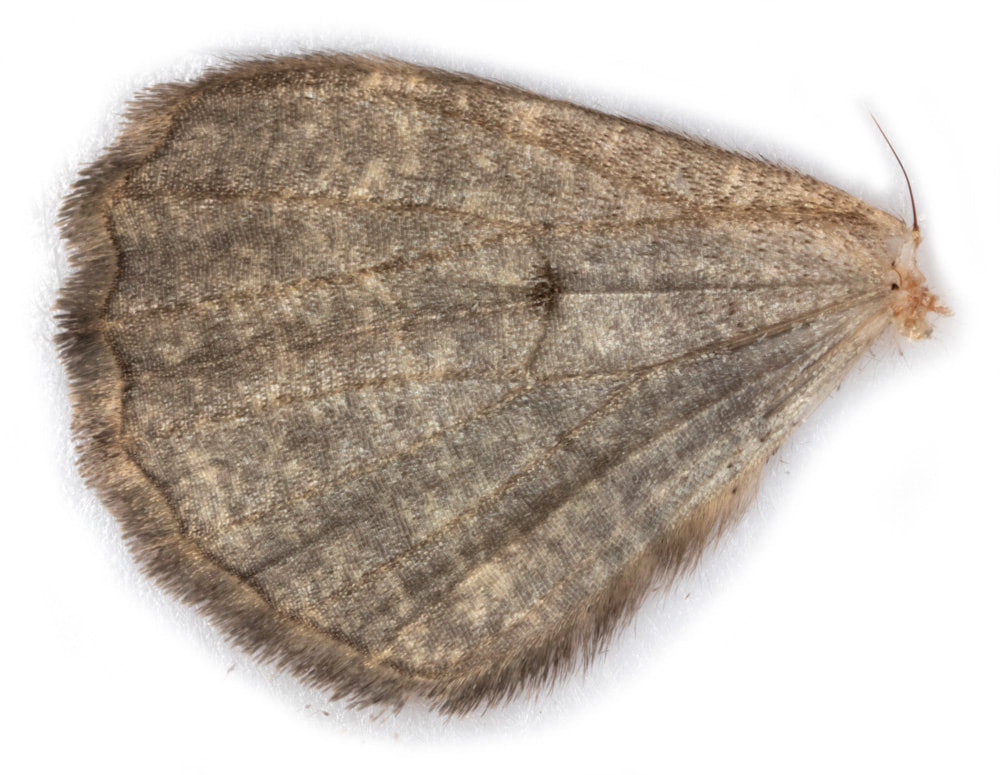 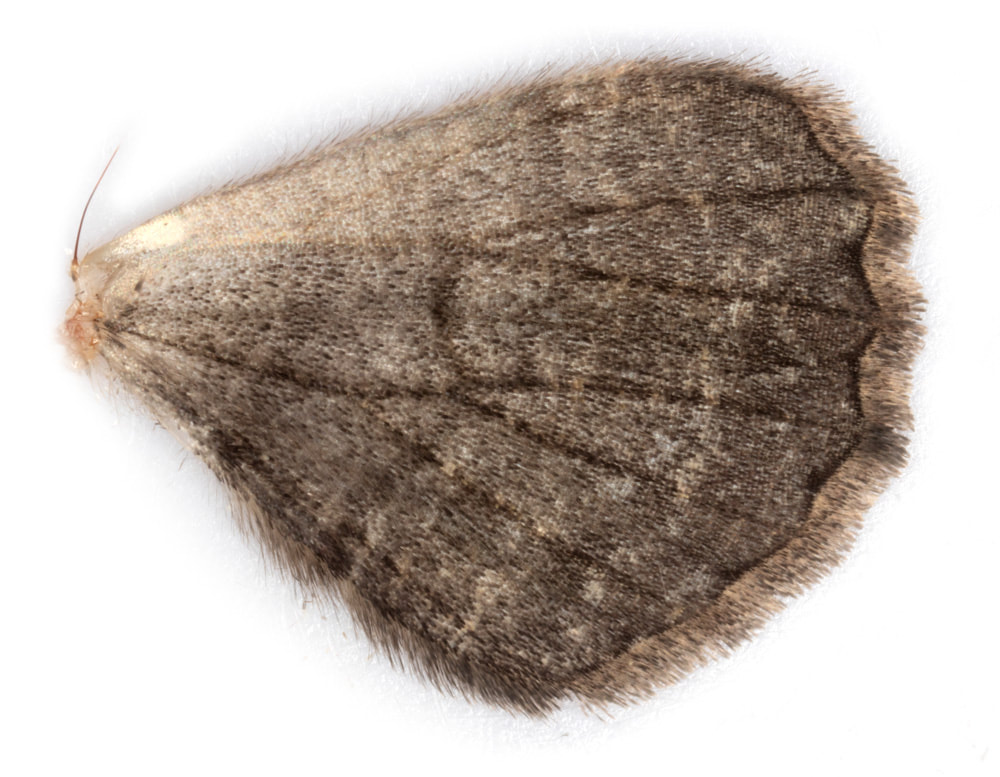 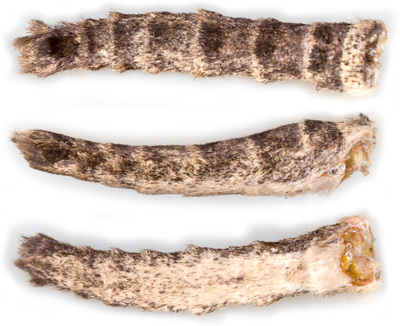 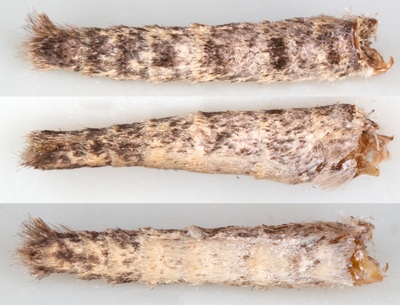 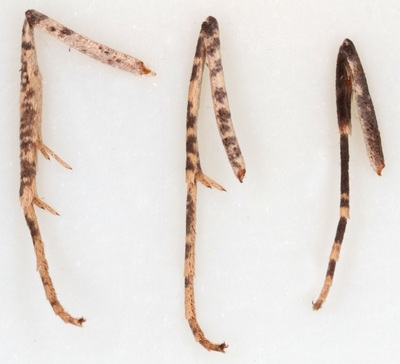 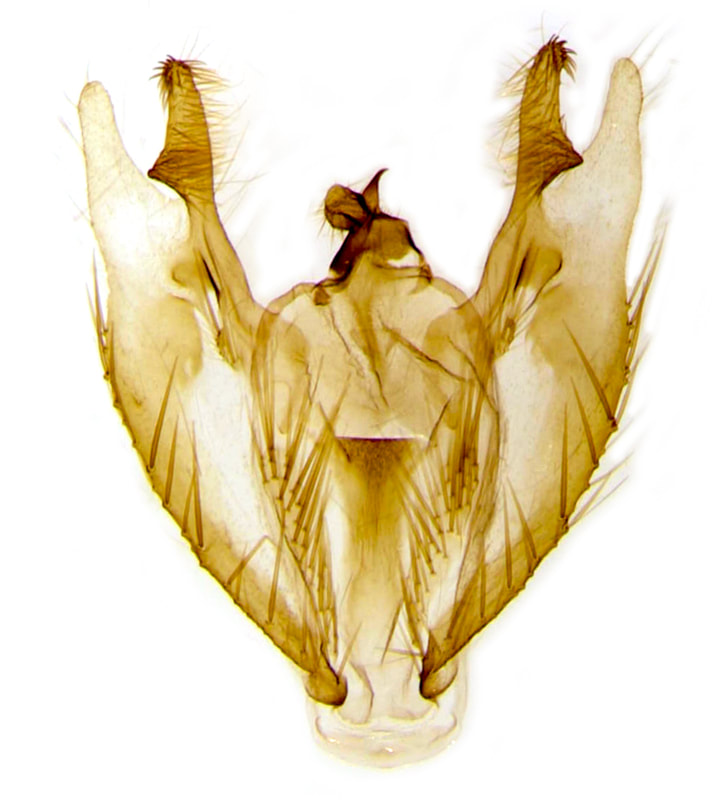 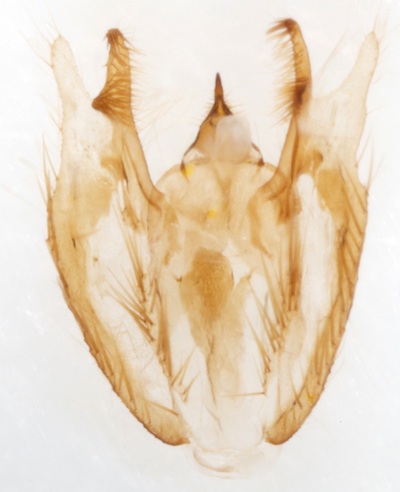 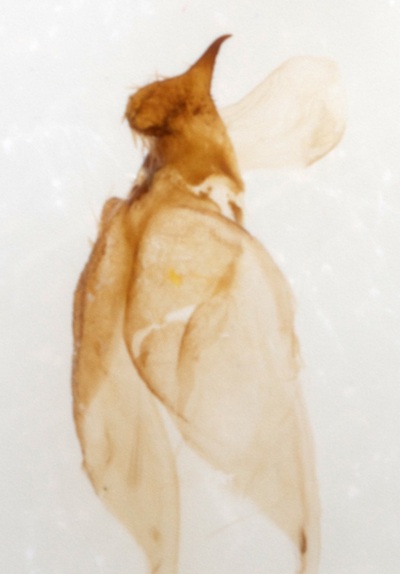 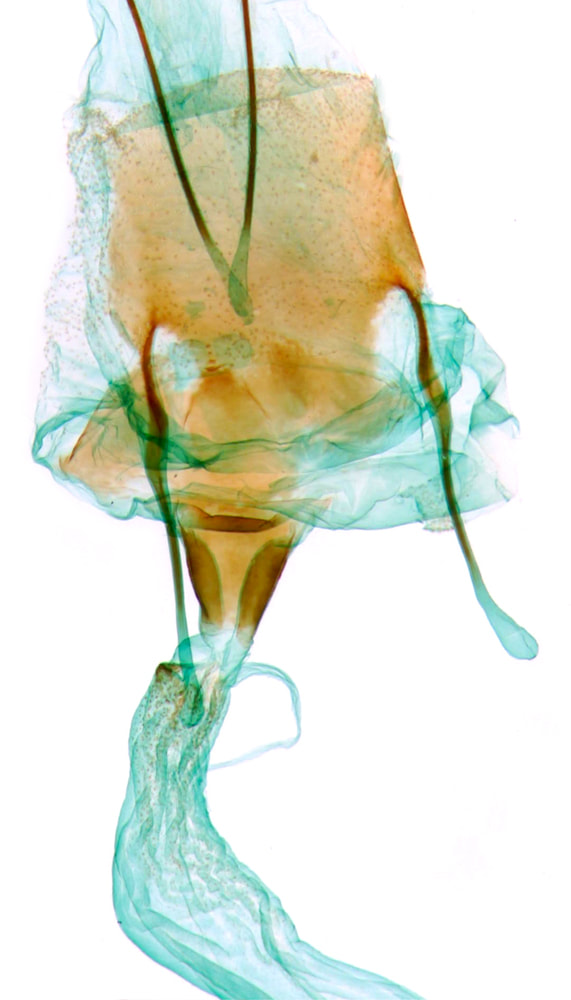 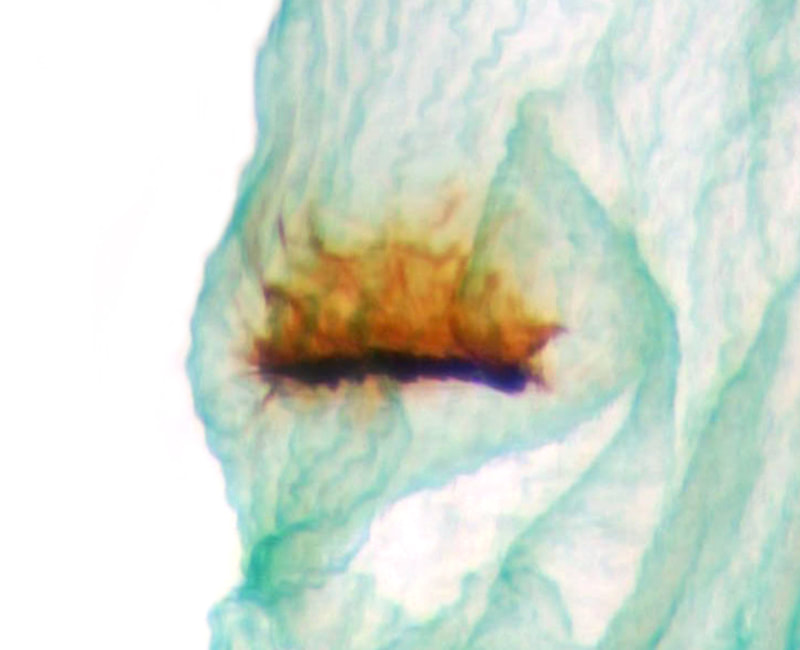