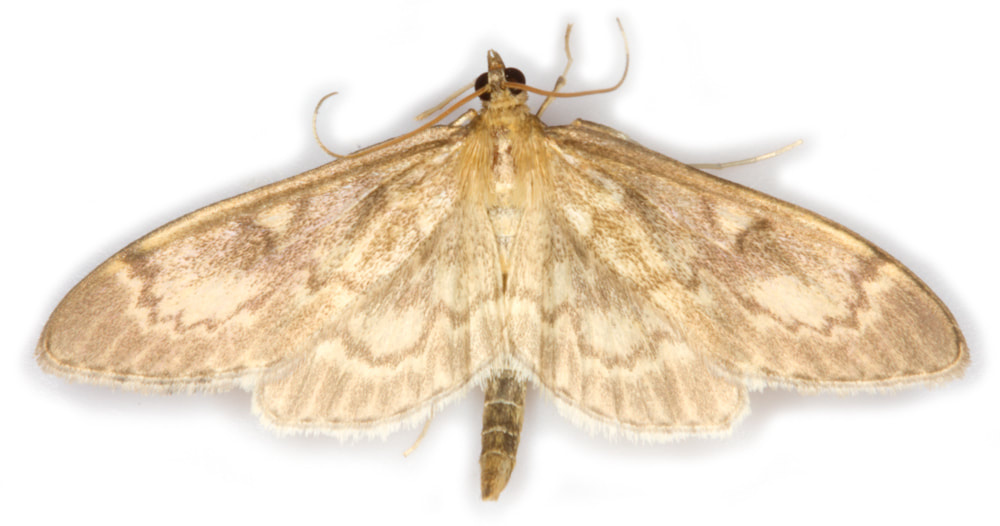 Anania lancealis §3 male
ID: Goater suggests that it is unmistakable, but I think it is confusable with Pleuroptya ruralis (Mother of Pearl) at least until familiarity is gained with both species. A.lancealis has relatively longer, narrower wings with a more oblique termen - these features being more marked in the male than the female. In A.lancealis the postmedian line is a curved zigzag series of 'V's, in P.ruralis it is a curved series of 'U's with a sharp turn proximally near the dorsum.
<
> 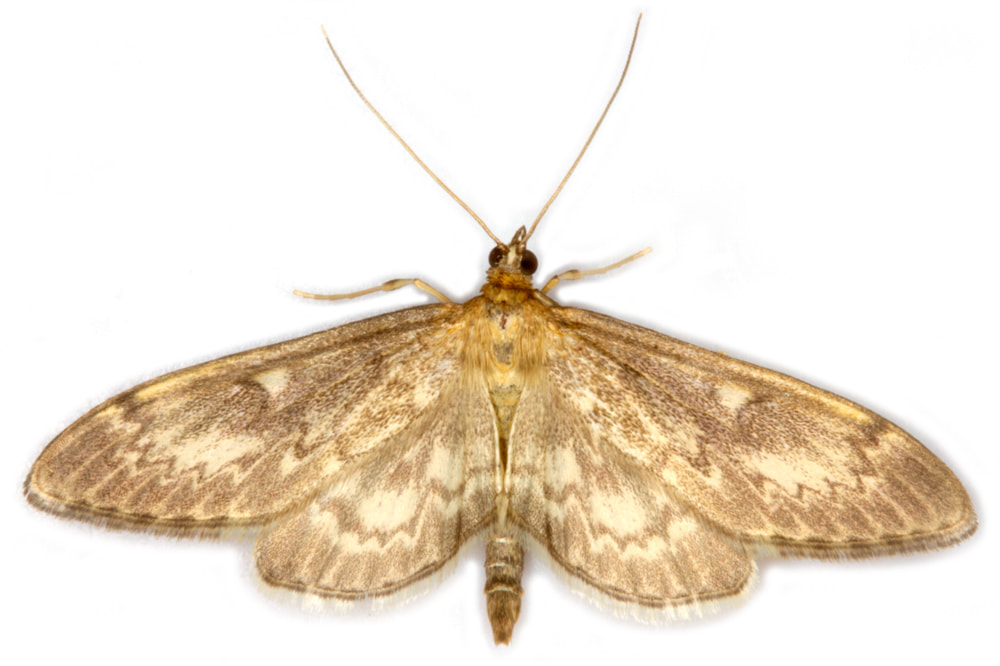 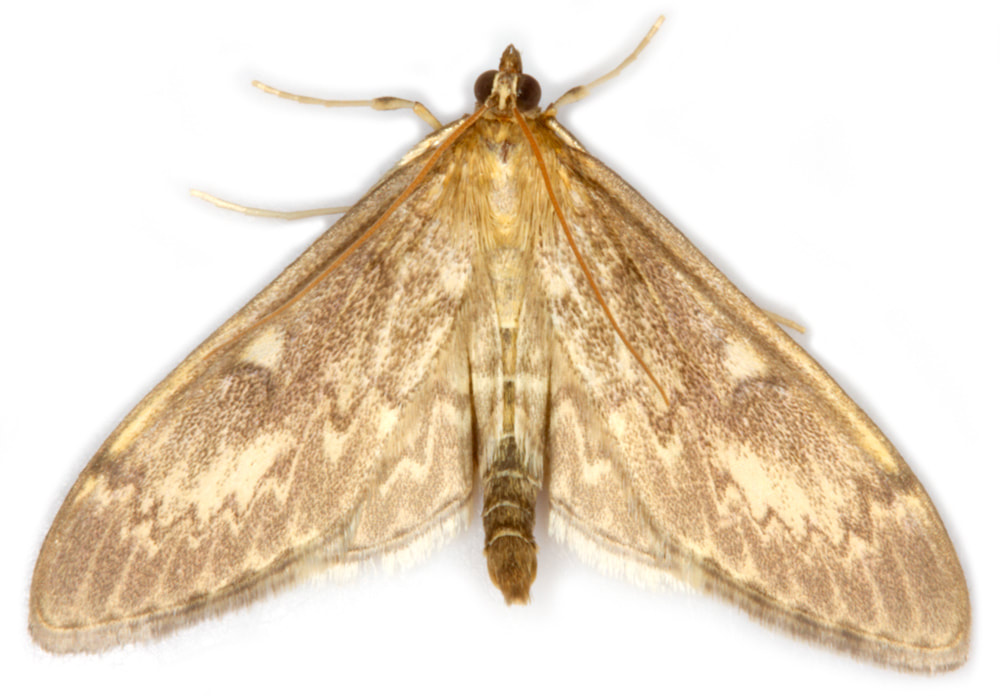 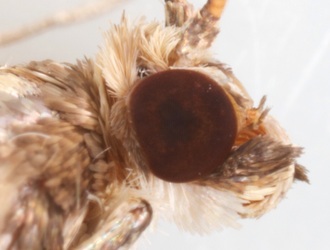 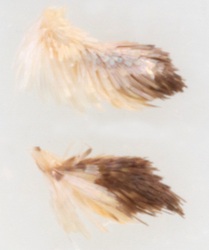 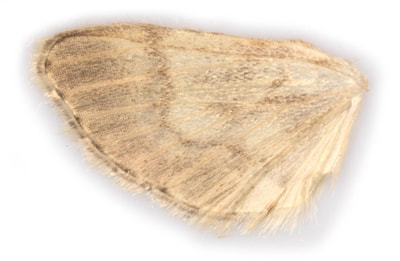 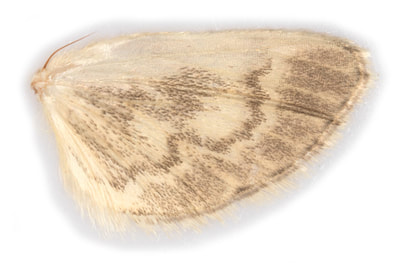 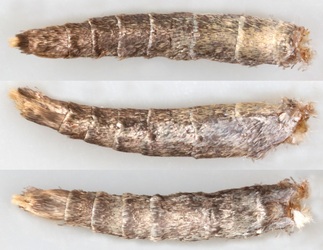 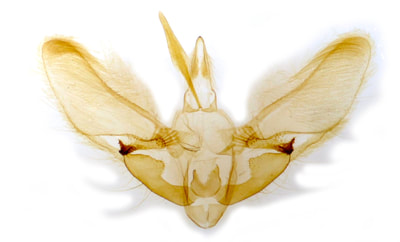 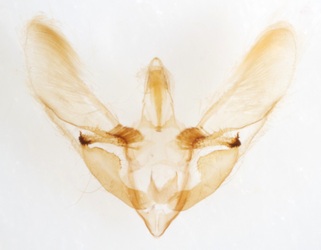 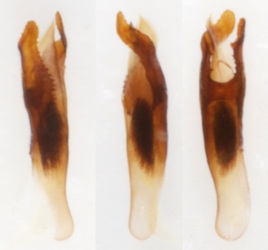