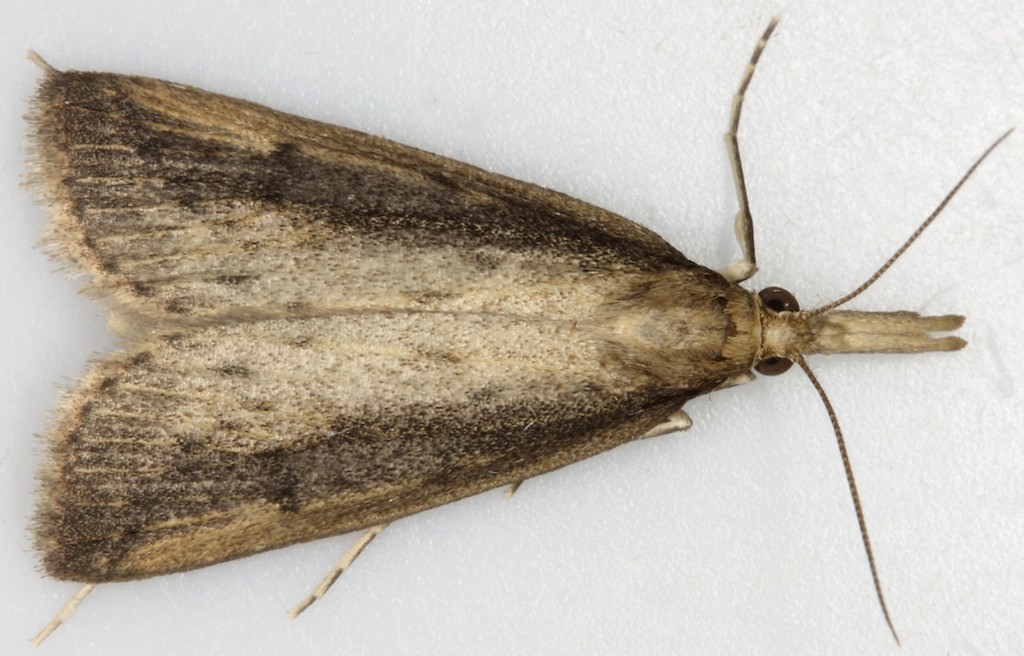 Schoenobius gigantella §2 male
ID: Labial palps exceed length of head and thorax combined.
Male varies considerably in shade from light ochreous fuscous to dark blackish fuscous but it is readily identified by examination of the hindwing which shows postmedian and terminal bands of short dark streaks (no other member of this subfamily or any member of subfamily: Crambinae show this hindwing pattern).
Female is commonly plain ochreous brown but may show scattered dark spots and occasionally has a heavy blackish suffusion; its hindwing is pure white. Distinguished from all similar species by large size. Chilo phragmitella has the costa concave near the apex, Donacaula forficella has a concave termen. 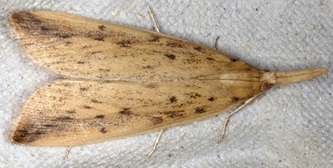 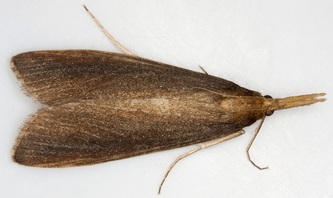 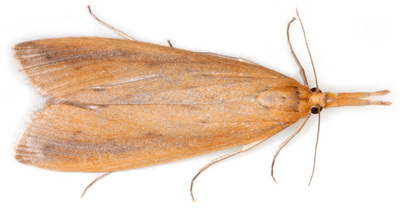 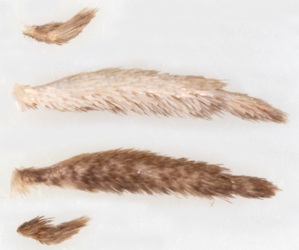 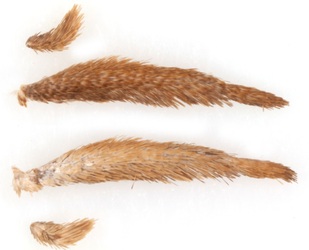 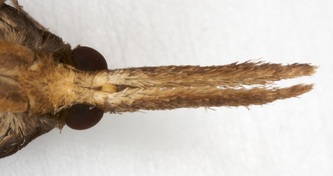 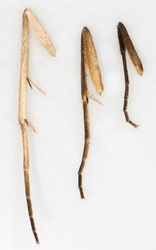 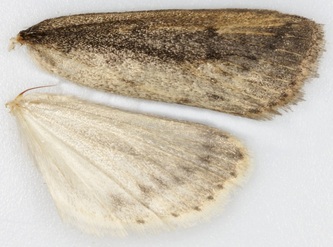 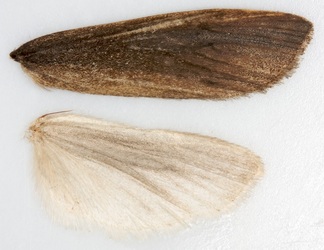 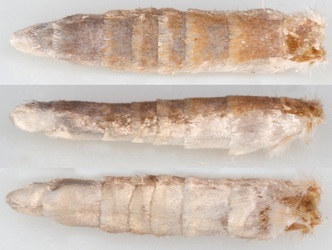 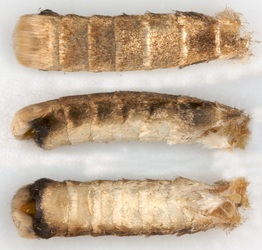 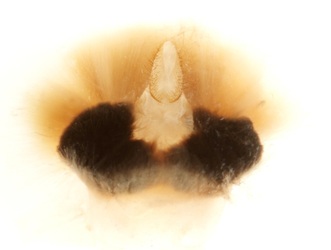 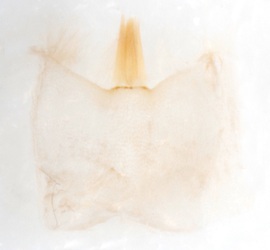 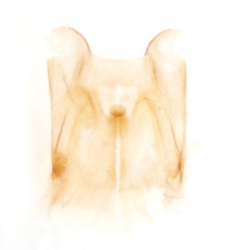 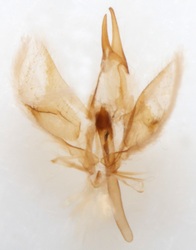 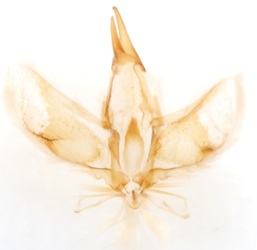 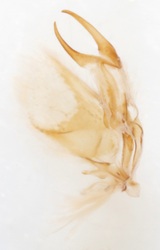 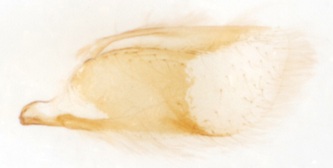 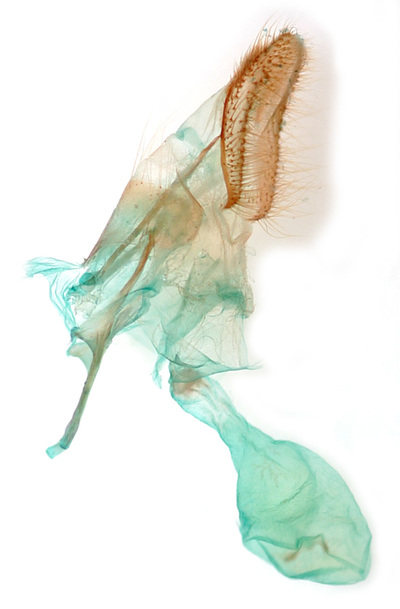