Coleophora salinella §1 female
ID: This species is keyed in MBGBI3 from fw not white, costa white/pale, otherwise without longitudinal white streaks or white markings - however in specimen §1 there is a hint of the presence of some longitudinal pale markings that are as pale as the costa and the overall fw colouration is pale enough that it could be interpreted as whitish. In my key I have placed it in Group B: fw with costa white/pale, otherwise without distinct longitudinal streaks or white markings (at least for the time being). Then: antenna ringed to apex (though there does appear to be some loss of distinctness of the rings towards the apex in specimen §1); forewing with scattered fuscous scales (basal flagellum without fuscous hairs, hindleg not entirely white, hindwing not pale greyish buff).
Female Genitalia: The exact combination of a narrow sclerotised line in the ductus bursae extending from the ostium for about 1/3 of its length and a smallish signum in the bursa copulatrix seems unique to C.salinella. A small sclerotised area at the posterior margin of the subgenital plate adjacent to the ostium is a confirmatory feature (note that the extent of this sclerotised area appears to vary with the angle of view (in my labelled image it appears more extensive on the left but was actually equal in extent on either side of the ostium). The drawing in MBGBI3 (82d) seems to show an incorrect position and shape of the ostium - almost circular opening within the subgenital plate so that the SGP has an entire posterior border. In fact both my image and that at dissection group show a cup-shaped ostium opening from an excision in the posterior margin of the subgenital plate. The Moth Dissection image does not show the signum, which would have been nice for absolute confirmation of ID here.
<
> 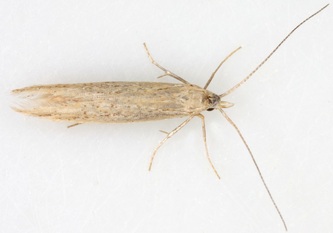 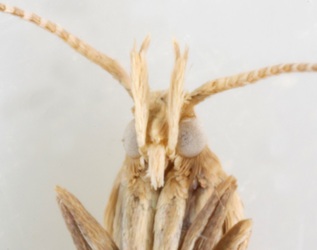 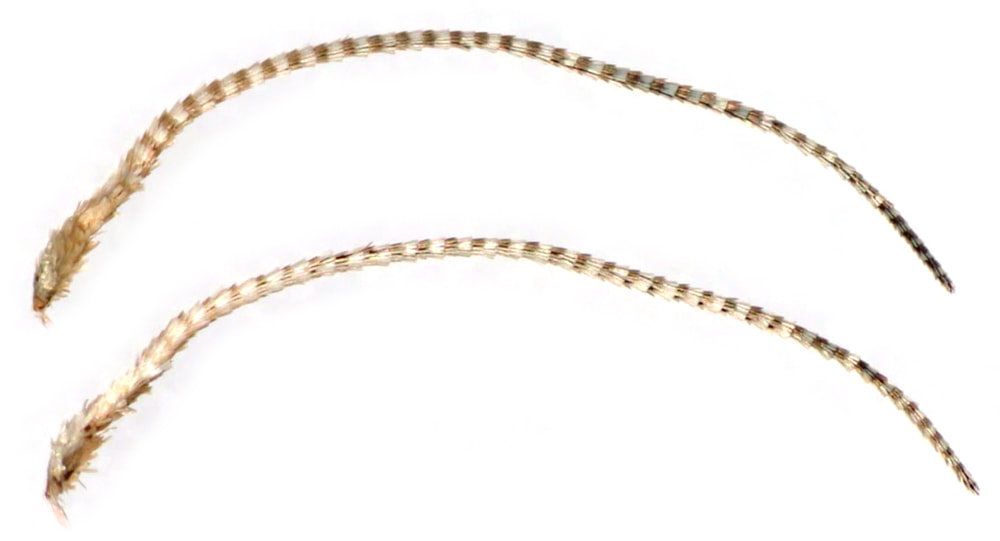 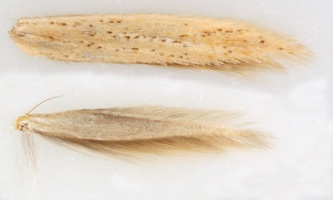 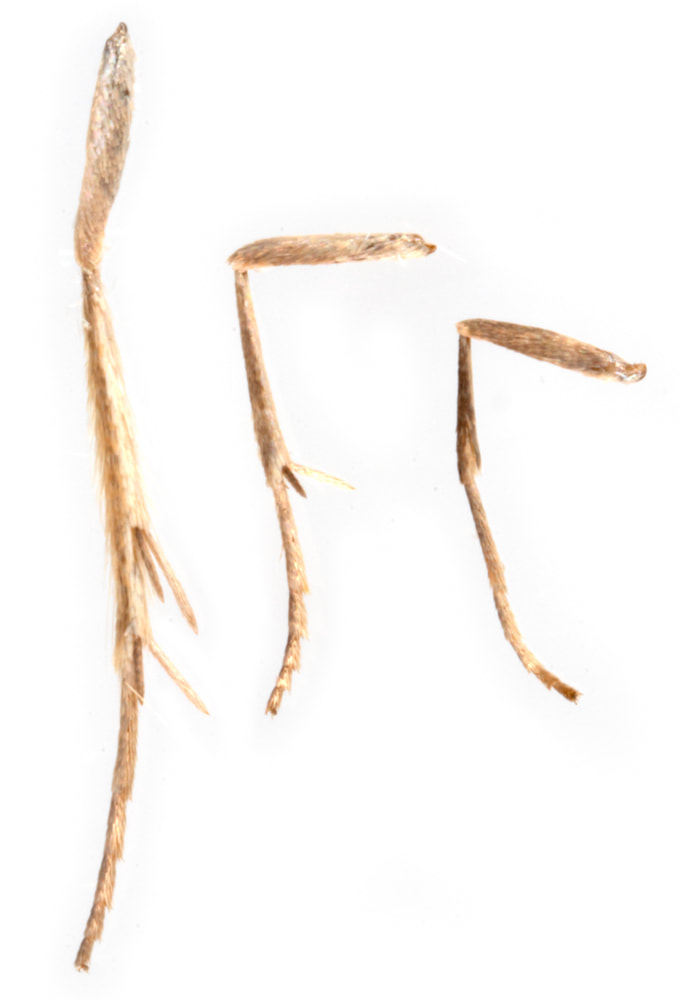 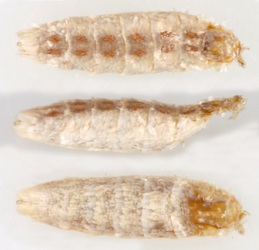 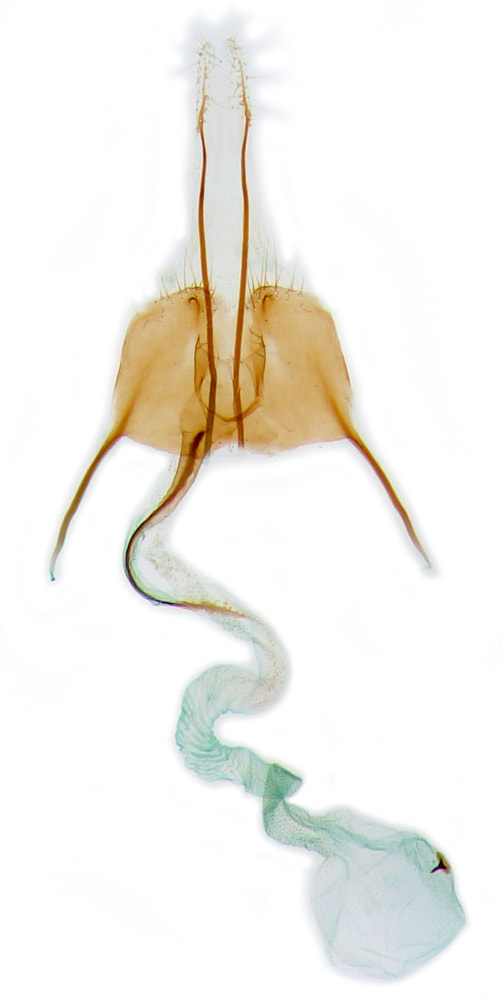 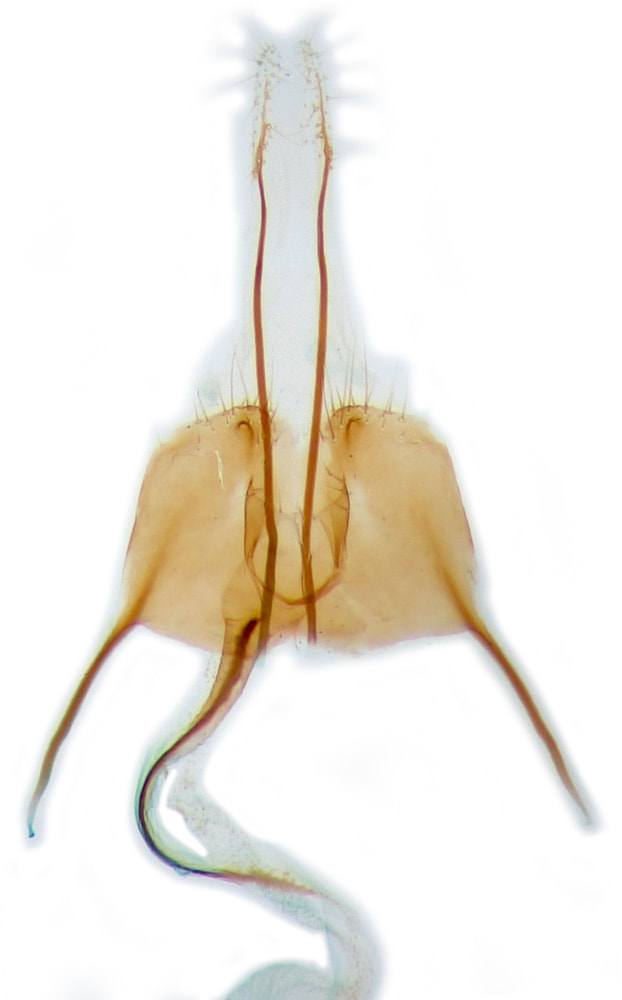 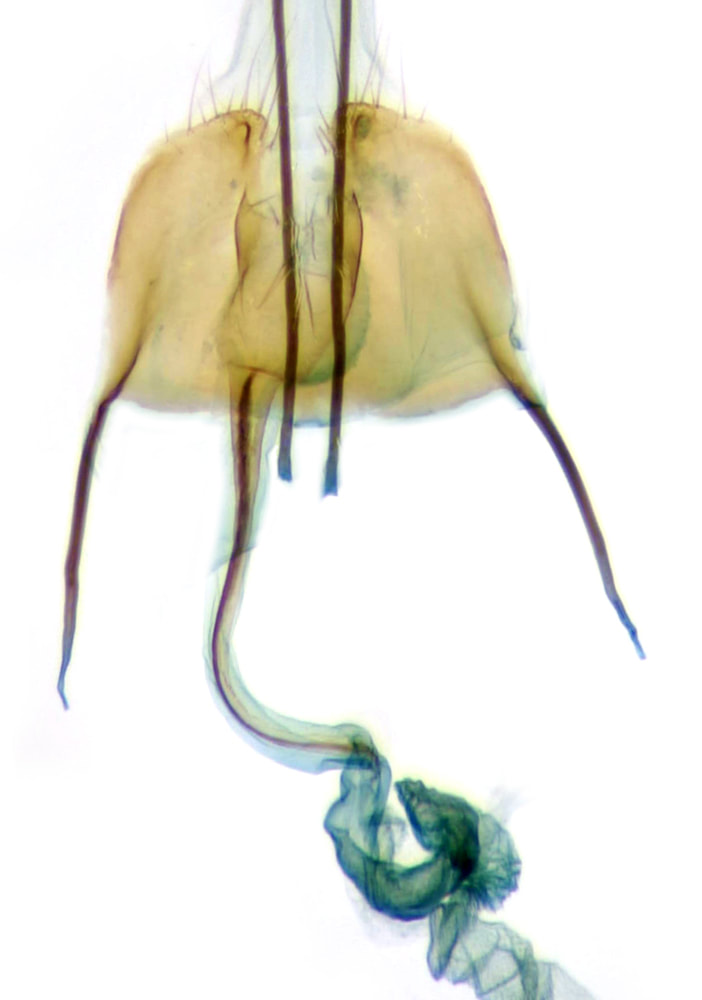 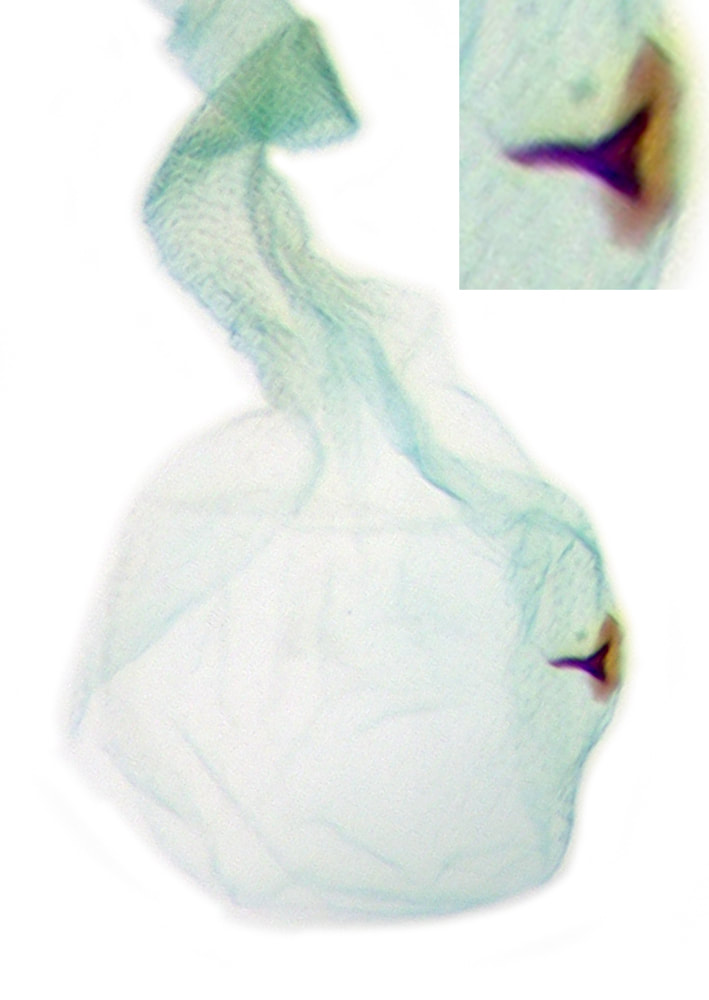 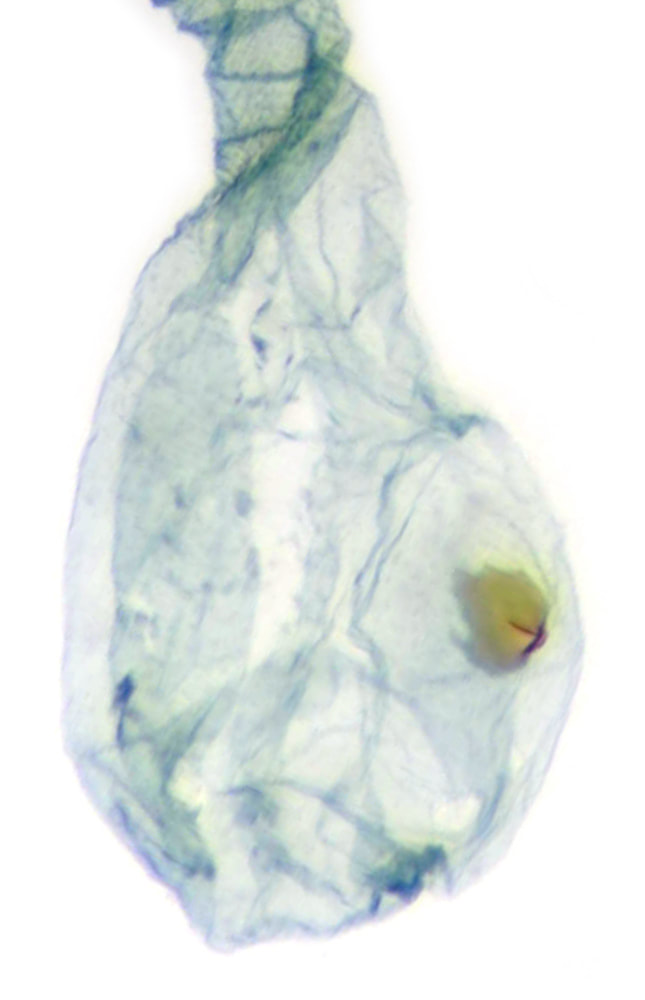 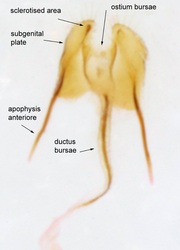 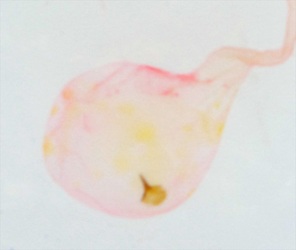