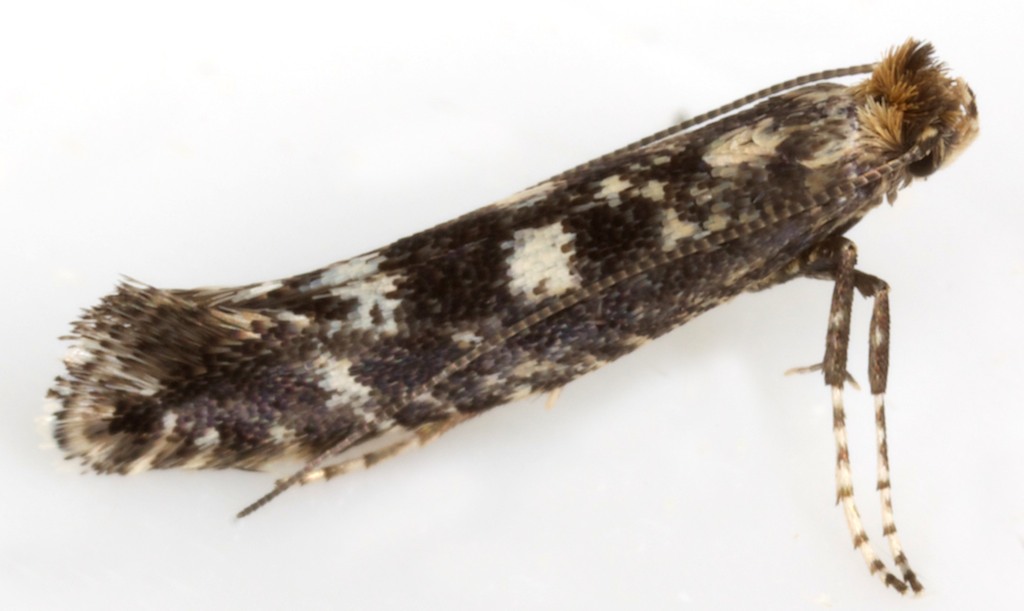 Parornix loganella §1 female
ID: Head rough-haired > Callisto/Parornix
Callisto species have more or less alternating costal and dorsal pale strigulae of similar size, whilst Parornix species have many costal and usually no dorsal pale strigulae. (This seems a much clearer distinction between the genera than that given in the key in MBGBI3)
Only P.loganella has a dark forewing with strongly contrasting dorsal white markings and note that the two dorsal markings are larger than the costal strigulae.
The female genitalia are not drawn in MBGBI2 and there is no image at the dissection group website.
Note that this is a fresh specimen found just after the end of the quoted flight season and that its size is a little larger than the quoted range. I caught several others the same night and the next night - is this a second generation? or is the quoted range incorrect? (or have I got the ID wrong?)
<
> 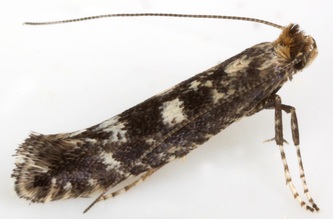 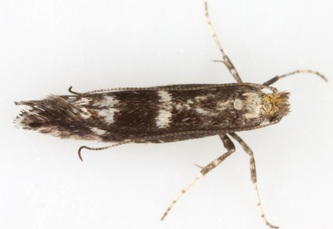 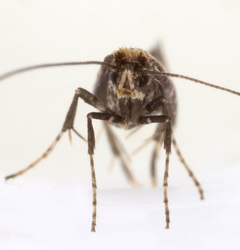 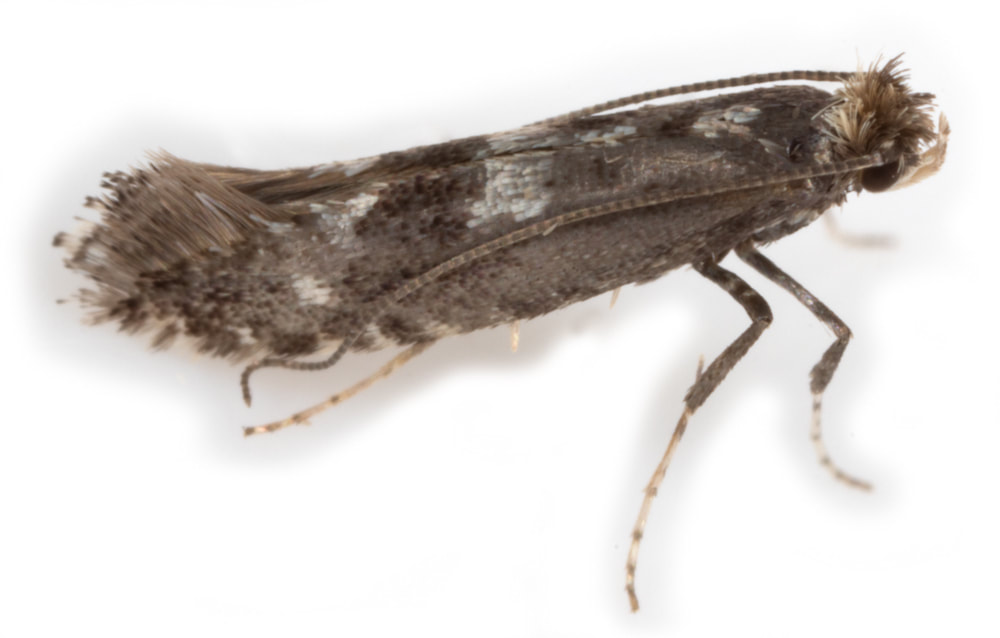 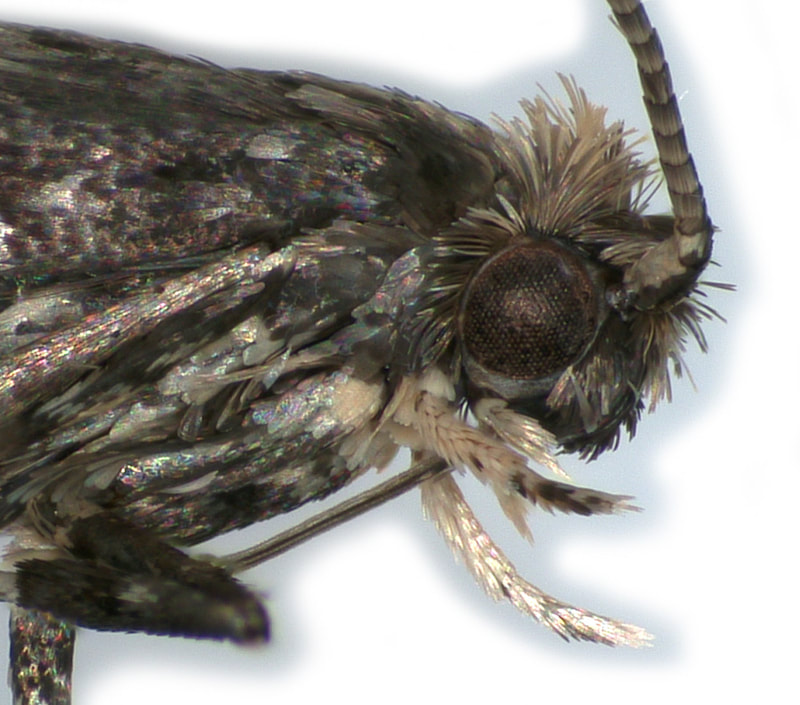 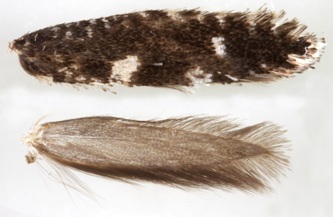 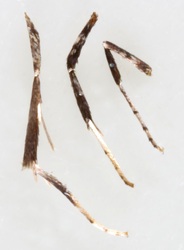 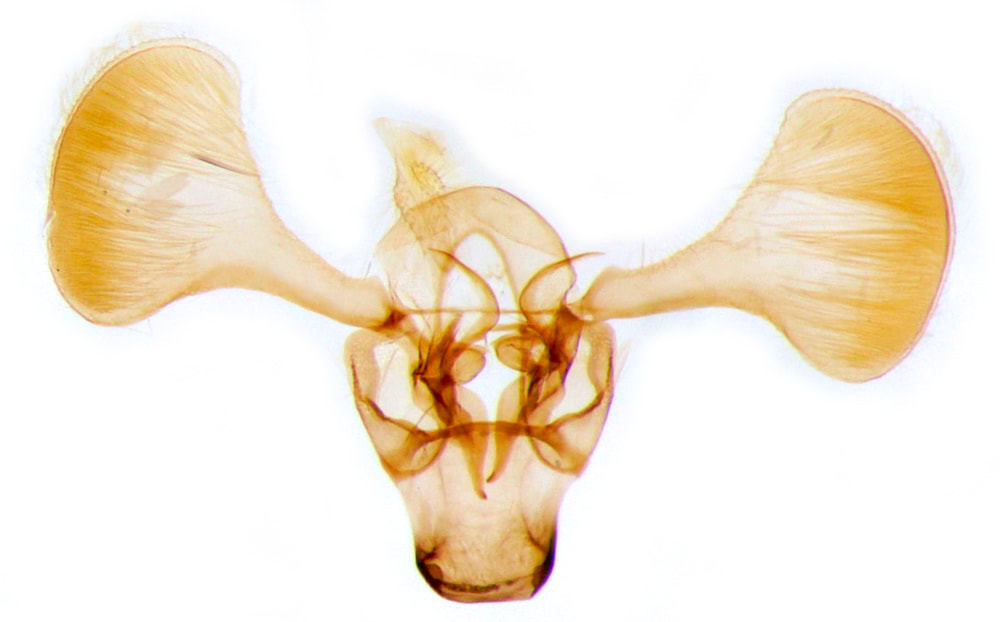 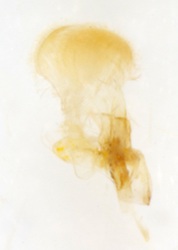 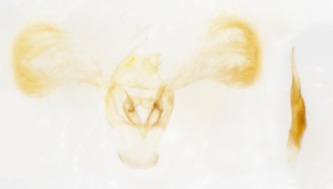 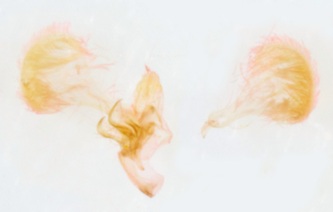