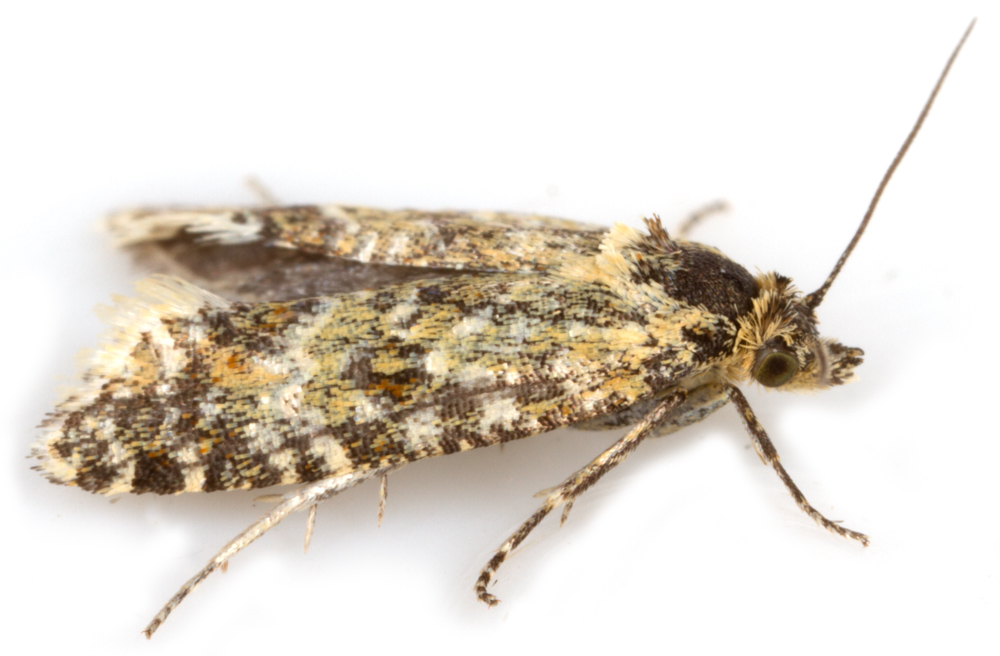 Aethes williana §1 female
ID: Very similar to A.margarotana which is larger (ws 14-18mm) and occupies a different habitat (coastal sandhills and shingle). Agassiz in the RES checklist (2014) considers A.margarotana to be extinct in GB, with the last record 1932. MBGBI5.1 states that "until recently (A.margarotana was) thought to be restricted to SE England where it is now less widespread than formerly. Now also known from S Devon and Dorset" (despite which it is not listed by Dorset Moths); it offers no clear means of distinguishing A.williana/margarotana. BTM (Bradley) distinguishes A.williana as being smaller with a more pronounced olive tinge of the forewing and more conspicuous shining white spots and striae; and A.margarotana as being larger, yellower and in the male by having mottling of the hindwing. The habitat of A margarotana is coastal sandhills and shingle (its lfp is sea holly) - which to the best of my recollection are not present at Durlston CP where §1 was found (though there is probably suitable habitat within easy flying range). Assuming the quoted size ranges are reliable, the forewing length of §1 (6.0mm) and §2 (5.6mm) rules out A.margarotana.
Male genitalia: Both species are illustrated but not described in MBGBI5.1, illustrated and described by Pierce and Metcalfe (with A.margarotana under the synonym A.maritimana). Moth Dissection shows A.williana only. In both species the aedeagus is curved with a long projecting blunt spine at its apex and both species have an exceptionally long median process of the transtilla. Differences are as follows, features for A.williana given first: apex of median process of transtilla simple vs rugose; apex of saccus pointed vs rounded*; sacculus with a dominant pointed anterior lobe vs sacculus with 2 more equal lobes**.
*Pierce & Metcalfe have this the other way round: "saccus terminating in a rounded end at the division" for A.williana and "saccus terminates in a course point at the division" for A.margarotana. 'The division' refers to the fact that the saccus in Aethes species is broadly and completely divided by the juxta so that it ends in two points. The illustrations in MBGBI5.1 (p206 figs 58,59) show A.williana with the more pointed saccus apices.
**Pierce and Metcalfe describe the sacculus as "obtusely pointed, with second point above" ('above' refers to the anatomically more posterior lobe) for A.margoratana and do not mention the sacculus in their description of A.williana. The sacculus is partially divided into two lobes in both species. The illustration in Pierce and Metcalfe shows A.margoratana with the more prominent pointed anterior lobe, while the illustration in MBGBI5.1 shows A.williana with the more prominent pointed anterior lobe. The latter is in keeping with the images at Moth Dissection and of §2.
​Female genitalia: Both species are illustrated but not described in MBGBI5.1 (and they helpfully put them on different pages!), illustrated and described by Pierce and Metcalfe (with A.margarotana under the synonym A.maritimana), both species shown at Moth Dissection. Moth Dissection indicates that the presence of minute spines just posterior to the sclerotisation in the ductus bursae identifies A.margarotana and excludes A.williana. P&M mention that the ductus is spined at "the junction of the bursa" in both species. Moth Dissection mentions that the sterigma of A.margarotana is broad and P&M indicate that a sclerotised crescent-shaped fold in the sterigma around the posterior and lateral margins of the ostium is significantly smaller in A.williana. Comparing the images available at Moth Dissection it seems to me that the most obvious means of distinguishing these two species is that in A.williana the side pieces of this sclerotised fold are shorter than the diameter of the ostium, while in A.margarotana they are ~1.5x longer than the diameter of the ostium. Unfortunately, the drawings in MBGBI5.1 by contrast show the opposite. There is also a small sclerotisation posterior to the sterigma - this appears more or less quadrate in all images and illustrations of A.williana (including §1) and as a transversely elongate bow with a concave posterior margin in all images and illustrations of A.margarotana.
<
> 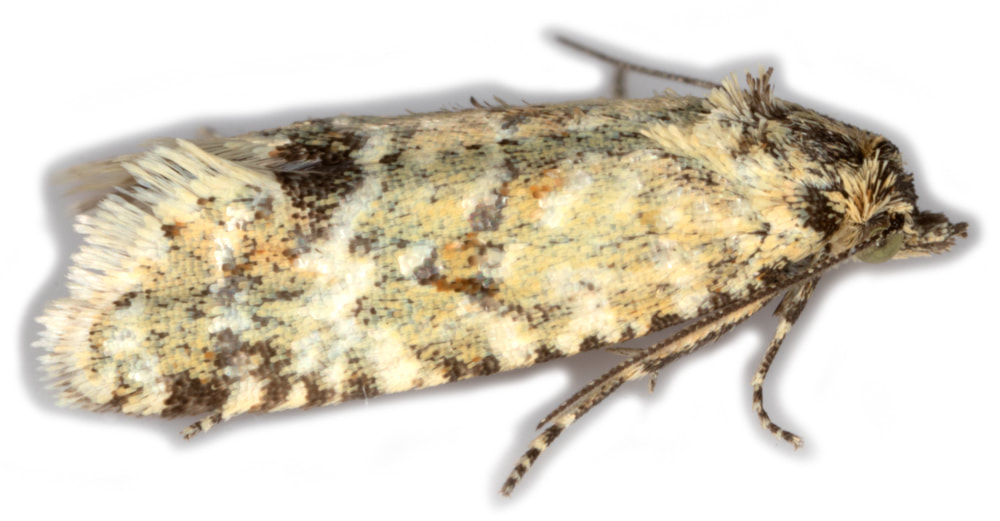 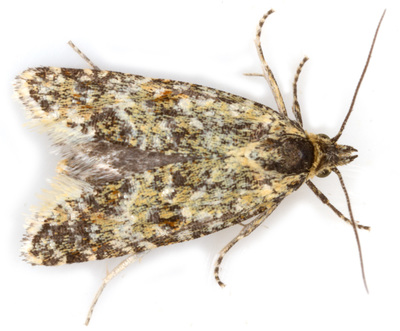 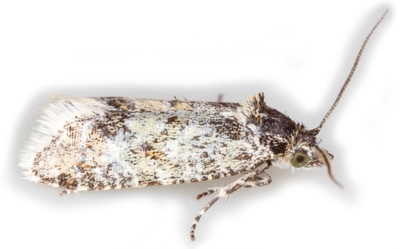 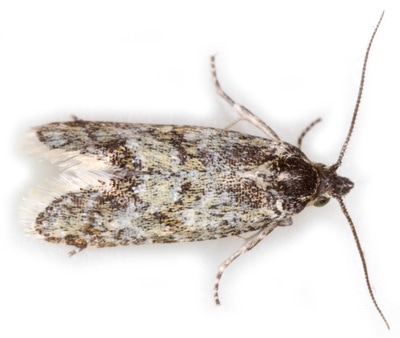 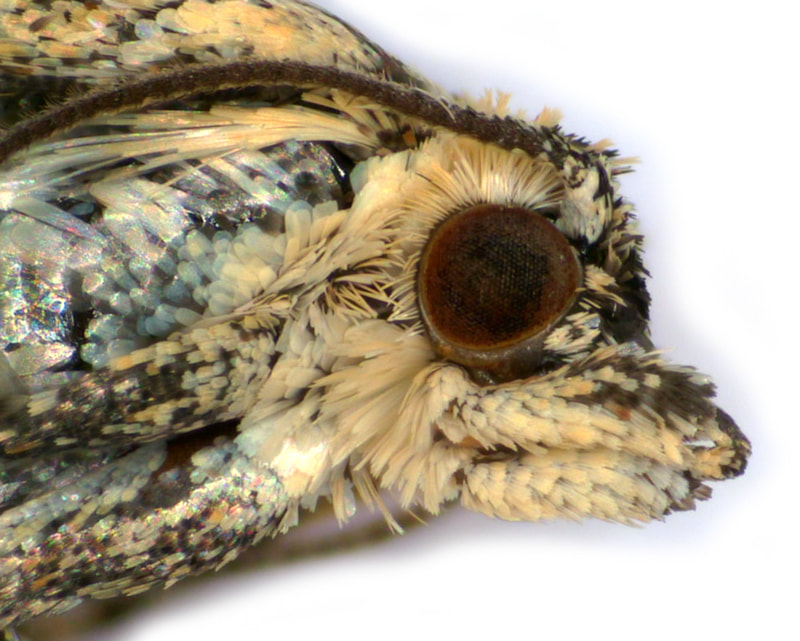 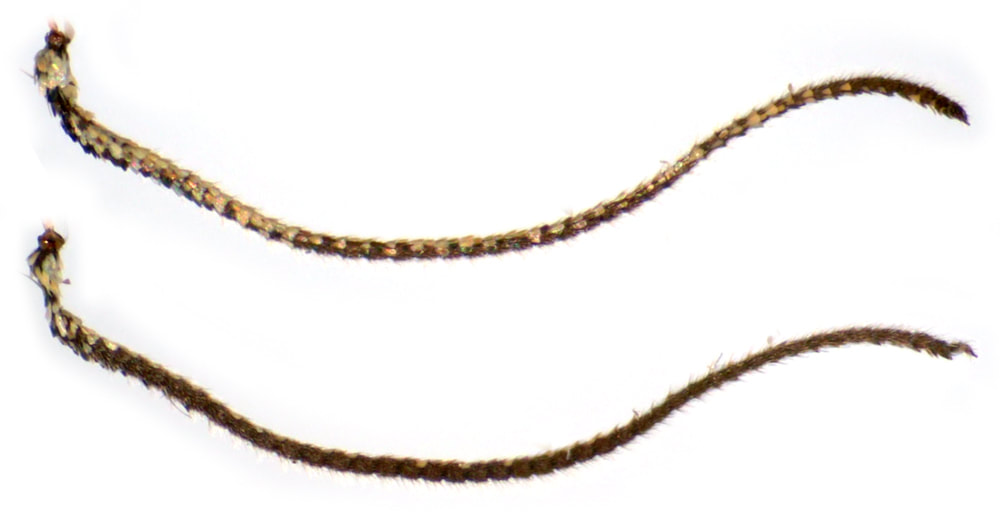 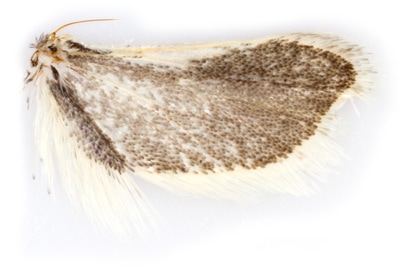 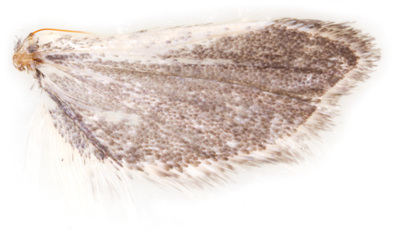 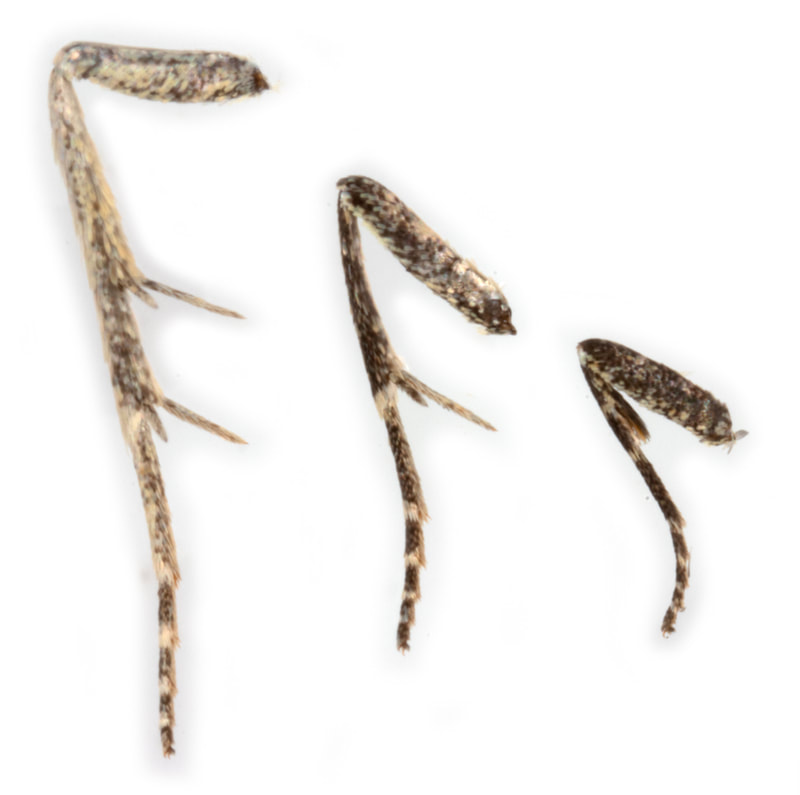 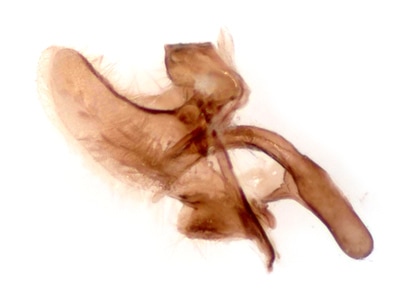 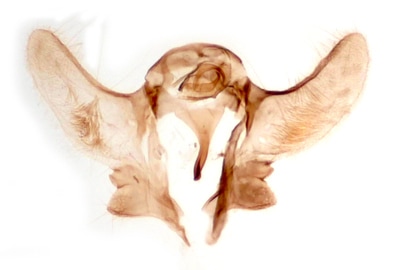 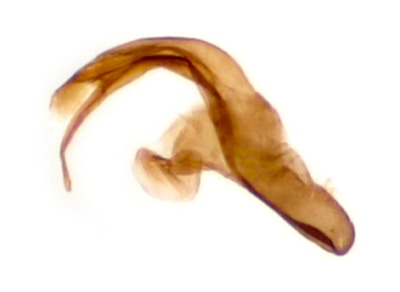 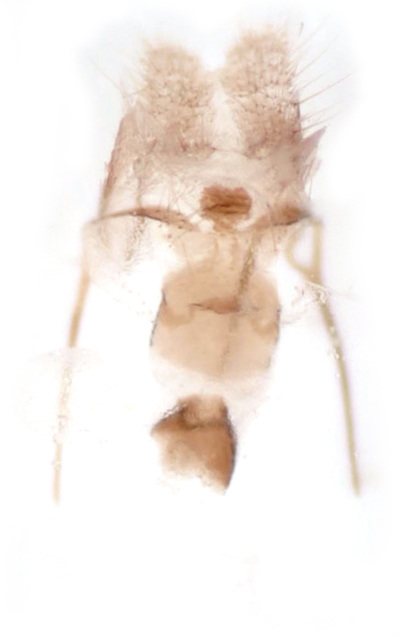 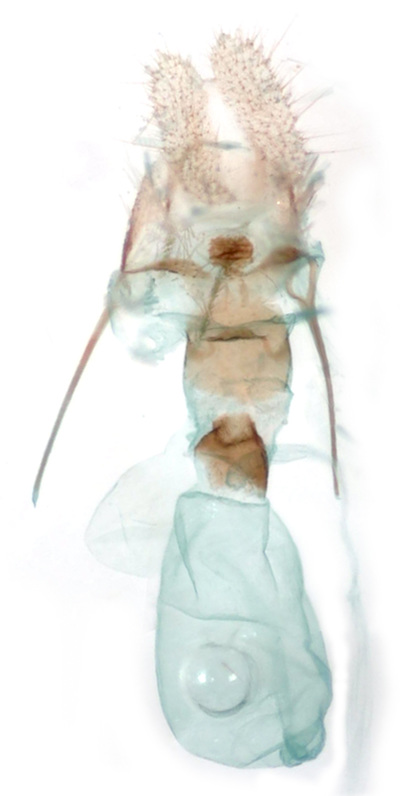 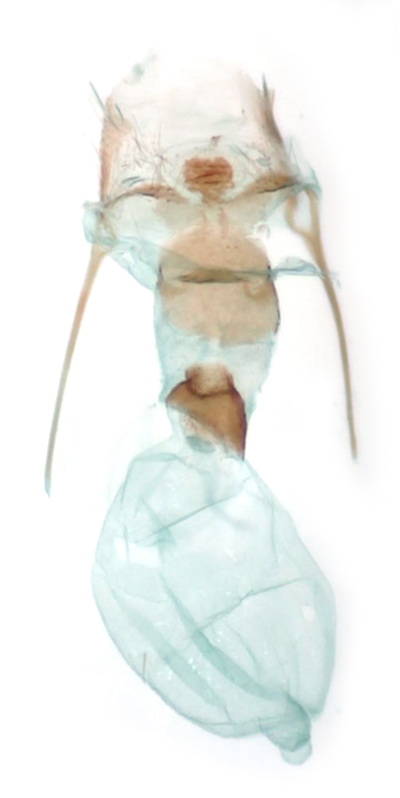