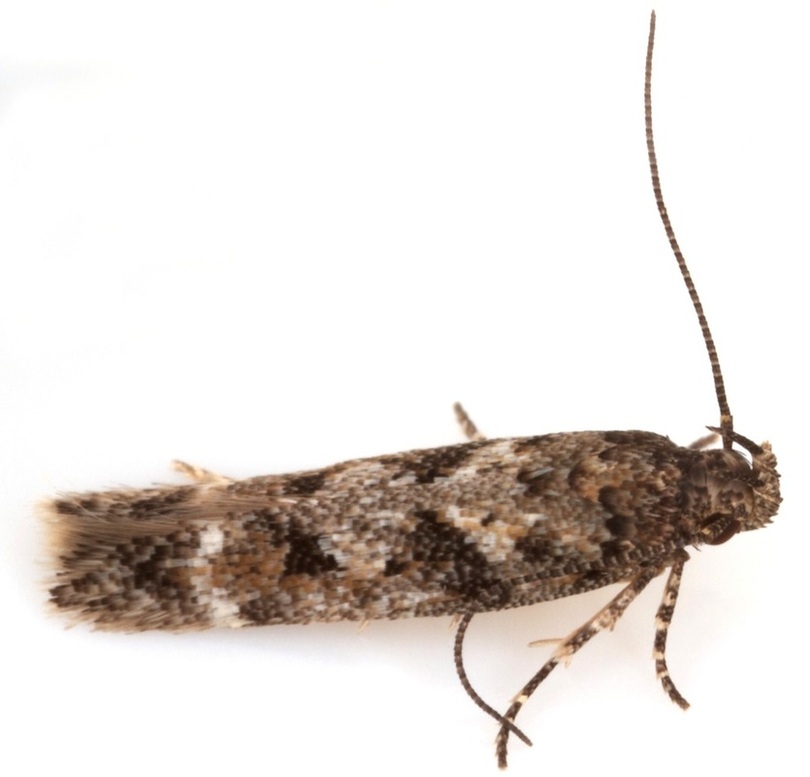 Caryocolum alsinella §1 female
ID: Keyed in MBGBI4.2 thus: thorax grey, ochreous or fuscous; fw with some orange-ochreous markings; fw with dark fuscous bar from costa to fold at ~45 degree angle (rather than 60-80 deg) with costa and meeting costa only for a short distance > C.junctella/alsinella/viscariella
These are differentiated in the key by C.junctella having frons 'silvery' as opposed to 'shining pale ochreous-grey' and C.alsinella from C.viscariella in being usually smaller (vs ws 10-14mm) and having more white in the forewing.
Female genitalia: linear sclerotisations on either side of introitus, that on left extending slightly further than that on right and >½ length of an anterior apophysis; signum a large strongly curved thorn. C.viscariella is very similar but according to the drawings in MBGBI4.2 it has a smaller signum, especially when considered in relation to the size of the bursa copulatrix.
Specimen §1 was identified to genus on the basis of the typical forewing pattern of black marks and white costal and dorsal spots at 4/5 and to C.alsinella/viscariella on genital dissection. I did not find the MBGBI4.2 key particularly easy to follow and I suspect that genital examination is required to confidently identify most Caryocolum specimens to species. The identification as C.alsinella rather than C.viscariella is based on size (fw 4.5mm gives ws 10mm so it doesn't totally exclude C.viscariella but does favour C.alsinella); habitat (sandy coast vs dry open grassland/open woodland); distribution per MBGBI4.2 maps (C.viscariella not recorded in Kent); more white in forewing. This last feature is better defined in the text in MBGBI4.2 and can be clearly seen in comparison of this specimen with the UKMoths image of C.viscariella (though not in comparison with many other web images labelled as C.viscariella). The crucial difference is that at the forewing base, apex and along the costa in C.alsinella the scales are white with a dark tip, while in C.viscariella the scales are entirely dark fuscous. Although this distinction seems to be the most absolute means of distinguishing these two species in comparing the MBGBI4.2 texts, it is not mentioned in the 'similar species' separation of them and I do not know if it is reliable.
<
> 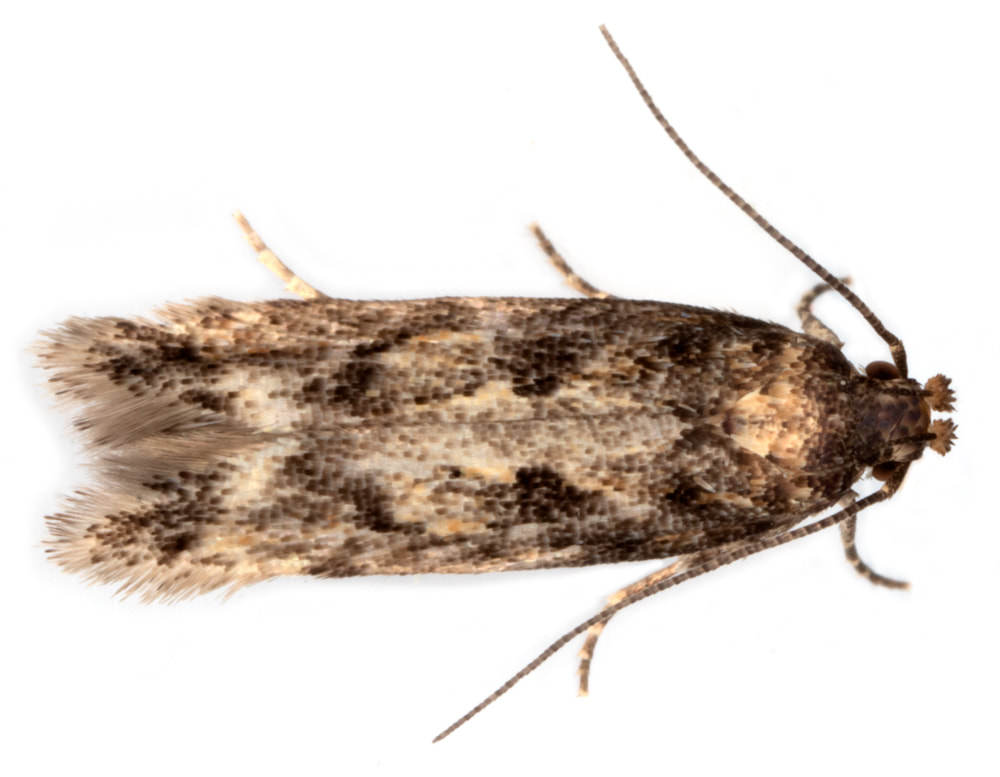 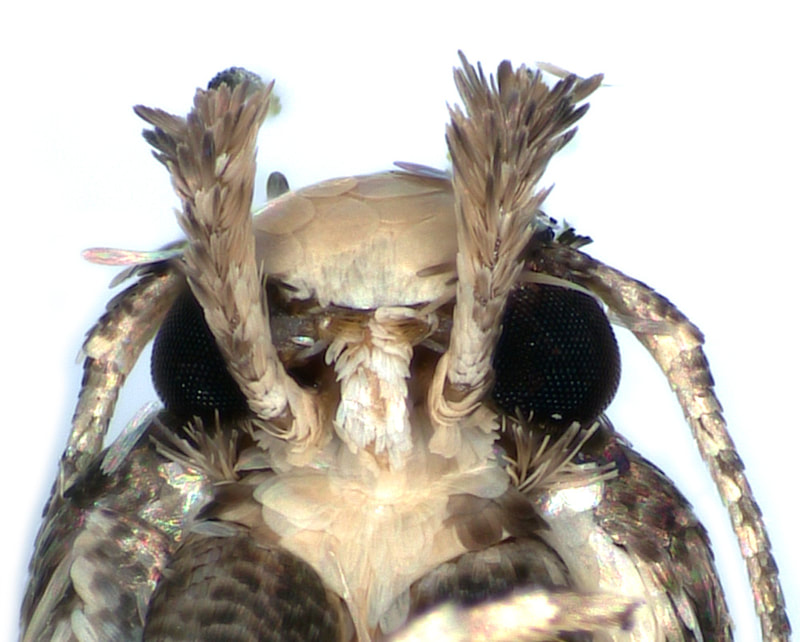 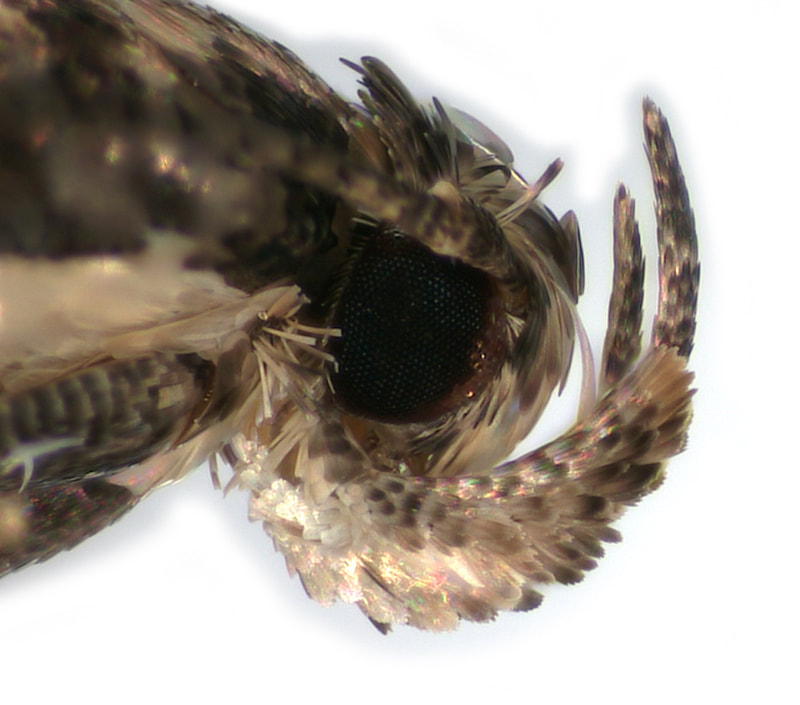 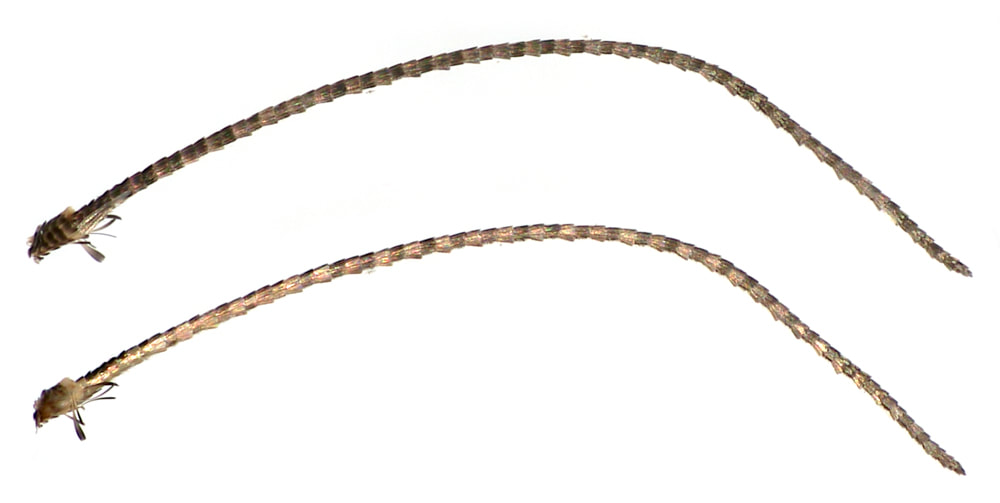 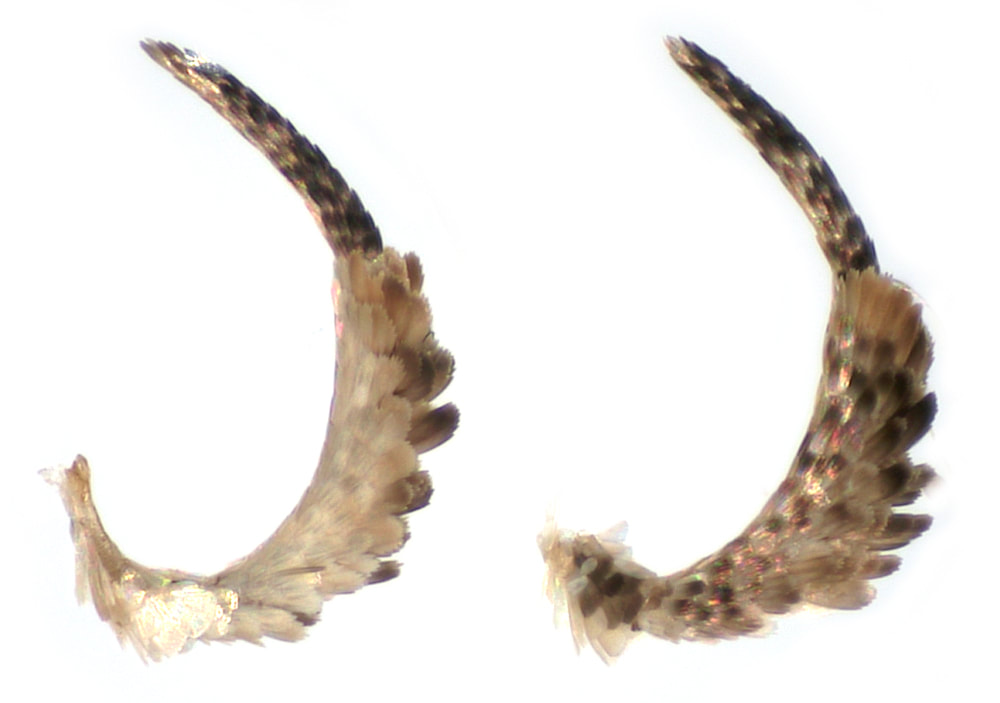 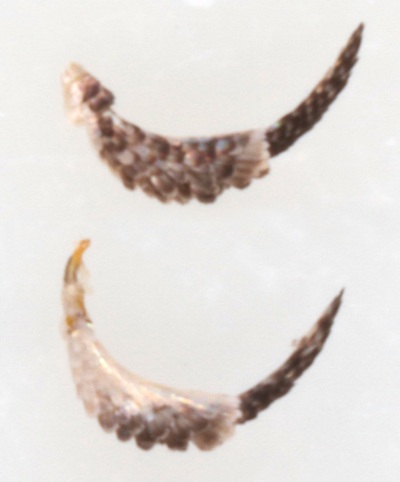 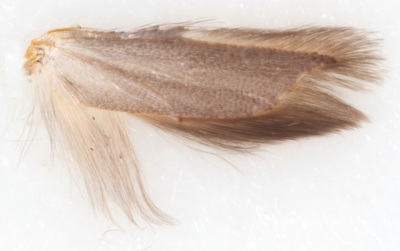 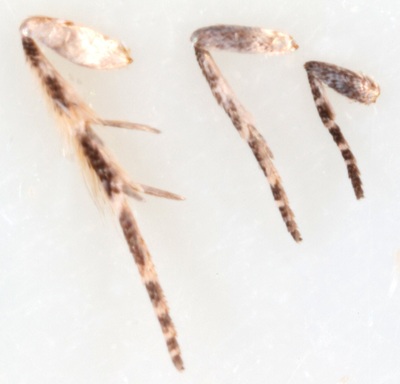 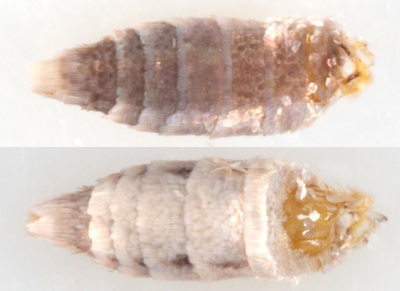 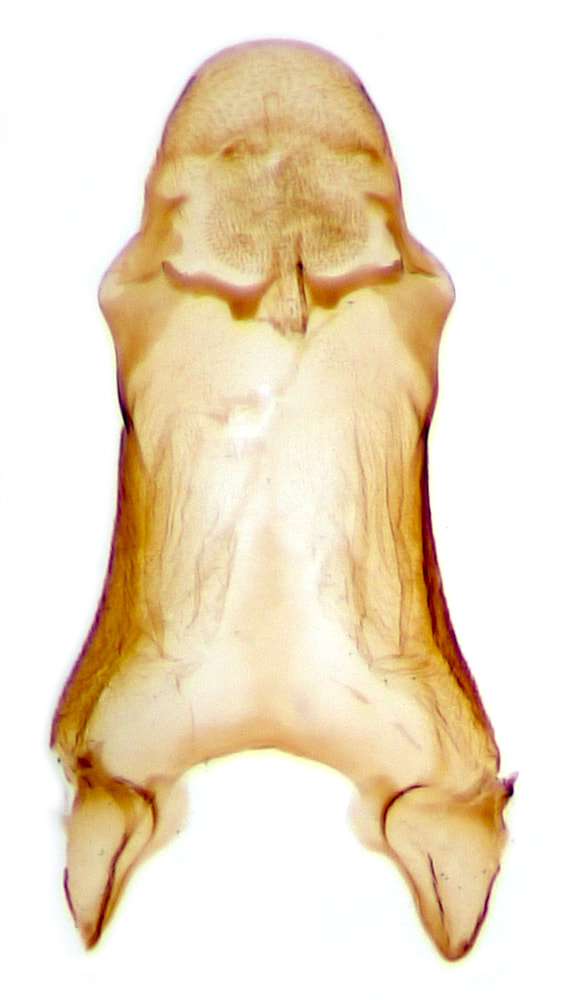 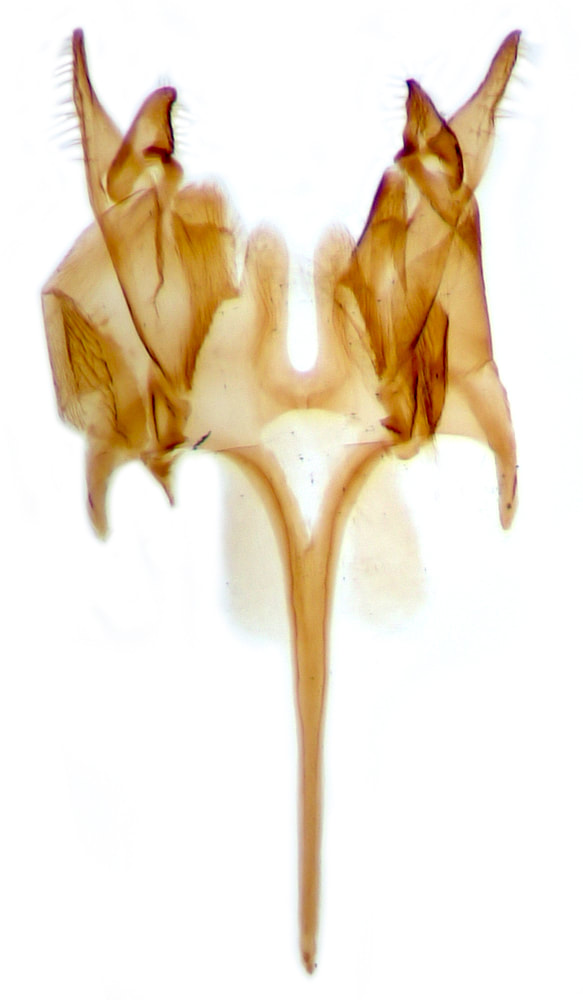 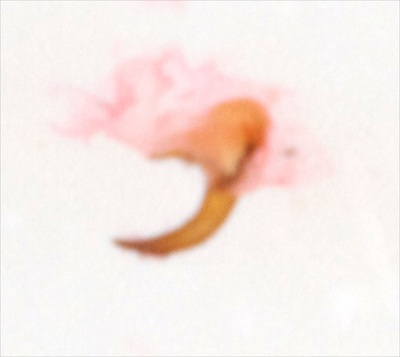