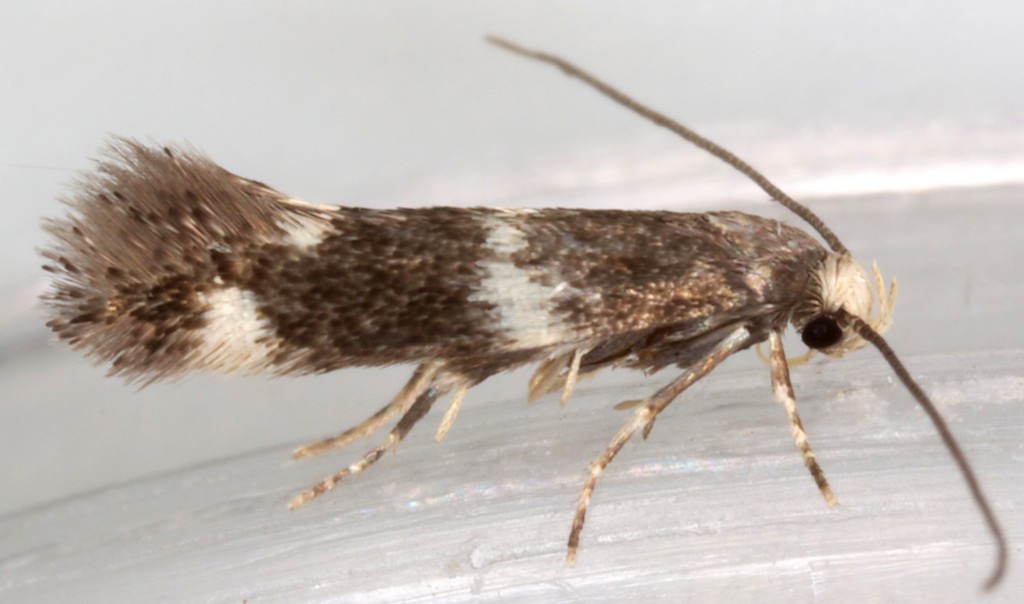 Elachista albifrontella §2 male
ID: Group G - fw dark with pale costal and tornal spots and other pale markings.
Pale markings without metallic sheen; frons white > E.albifrontella/luticomella/alpinella/eskoi
Of these 4 only E.albifrontella shows a significant 'hump' on the dorsum of the valva in the male genitalia

Male genitalia by key to Group G: Width across uncus lobes broader than width across tegumen immediately below uncus lobes; vinculum with a narrow process; uncus lobes separated by a 'V'-shaped notch narrower than an uncus lobe; dorsum of valva with a distinct hump at 3/4; aedeagus square at apex with a small thorn > E.albifrontella
In both specimens §1 & §2 the aedeagus could be seen to be square at apex under microscope but this does not show well photographically apparently due to uneven sclerotisation and as with other species with only small thorns I could not see any thorns. E.orstadii is the only other species to show the combination of a V-shaped notch between the uncus lobes and a distinct dorsal hump on he valva - it has a dark frons and its median fascia is usually indistinct.

Female genitalia: I haven't got around to preparing a key to female genitalia as yet. Elachista species are distinguishable on the shape of the antral region, the extent of spiculation in the antrum and the presence and form of the signum. The exact combination of these 3 features seen in the images below is sufficient to confirm the identification of §3.
<
> 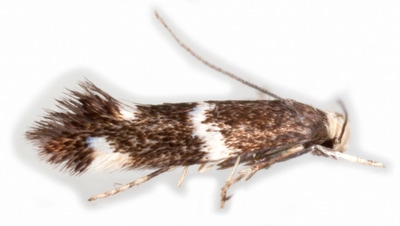 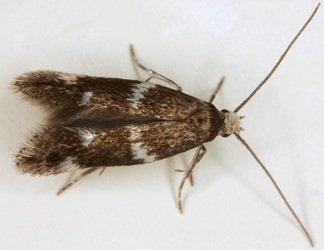 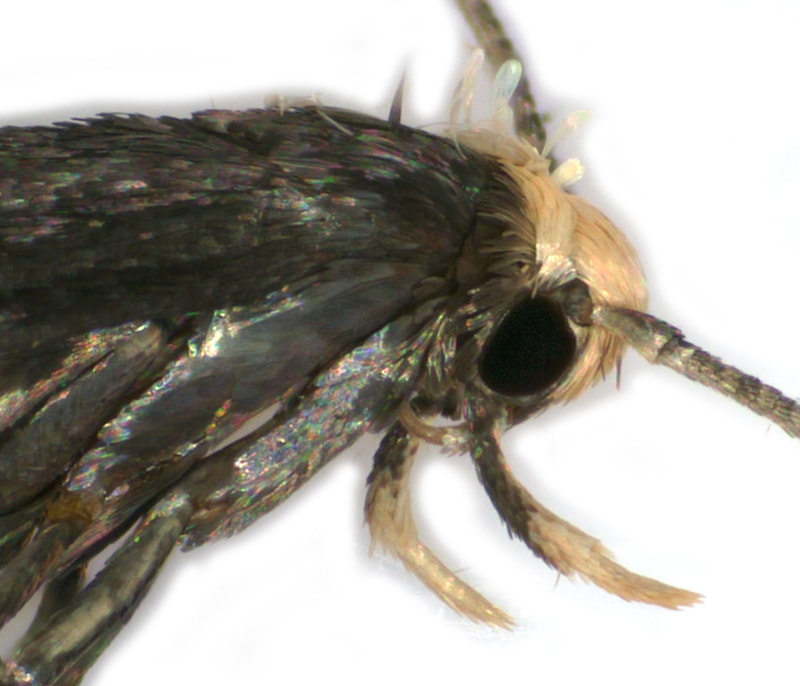 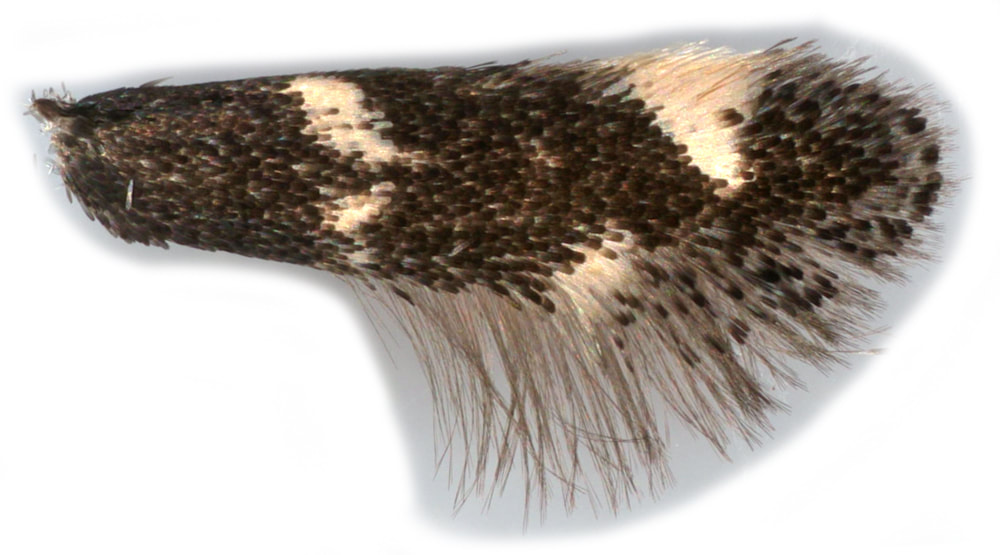 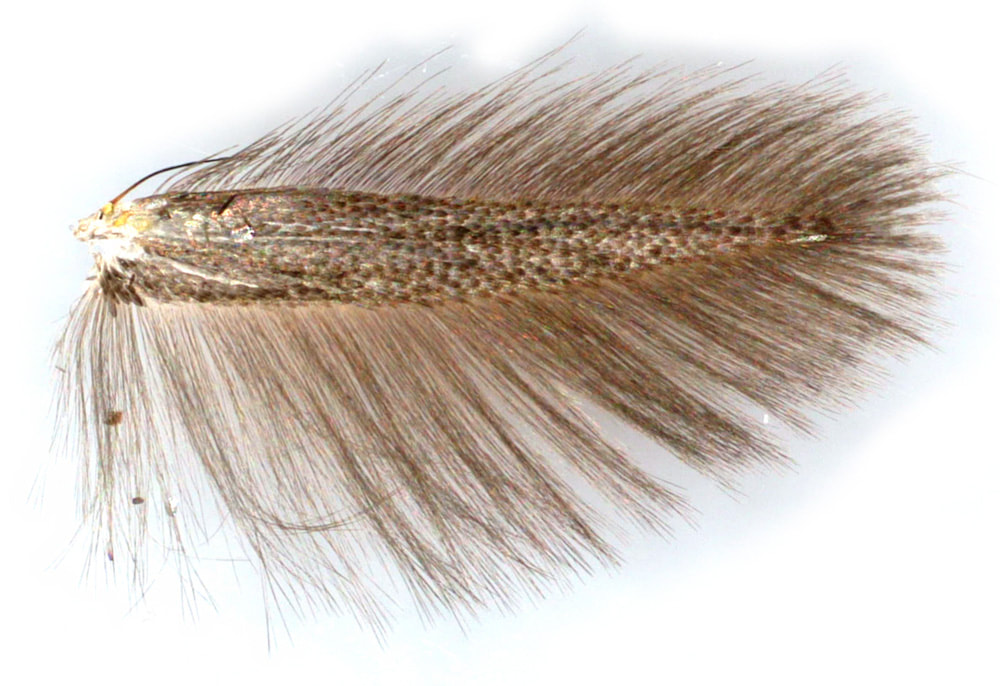 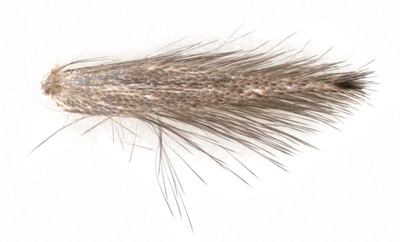 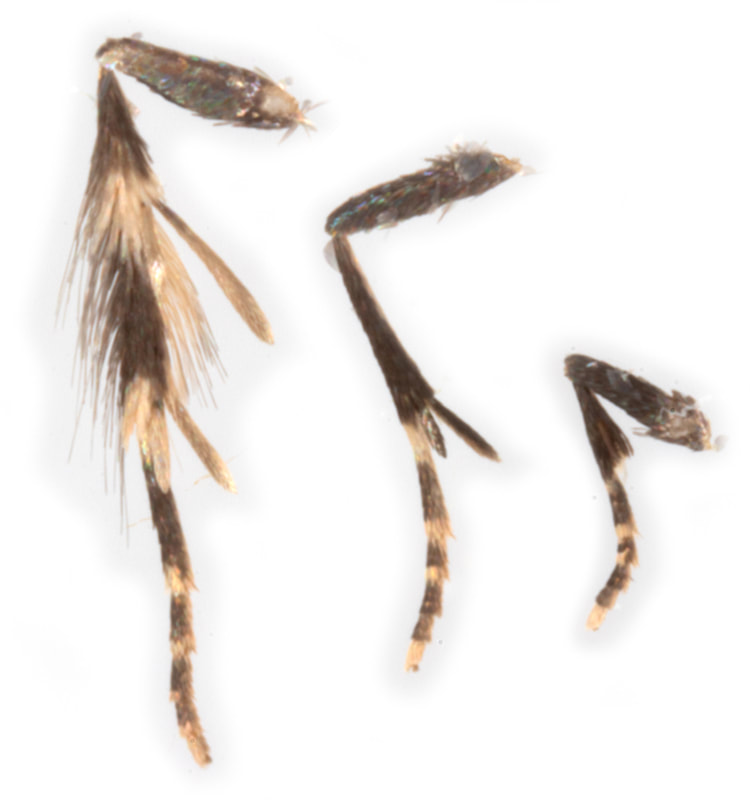 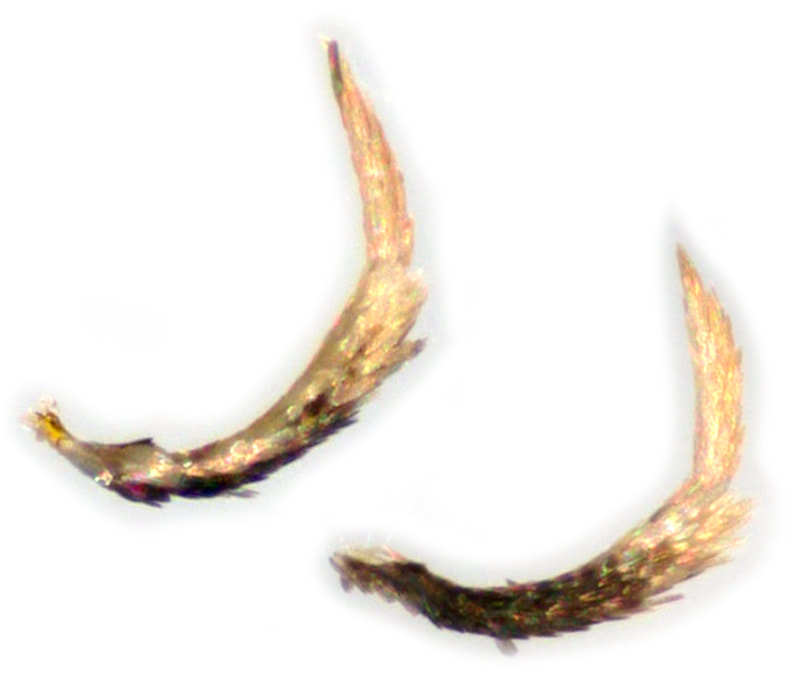 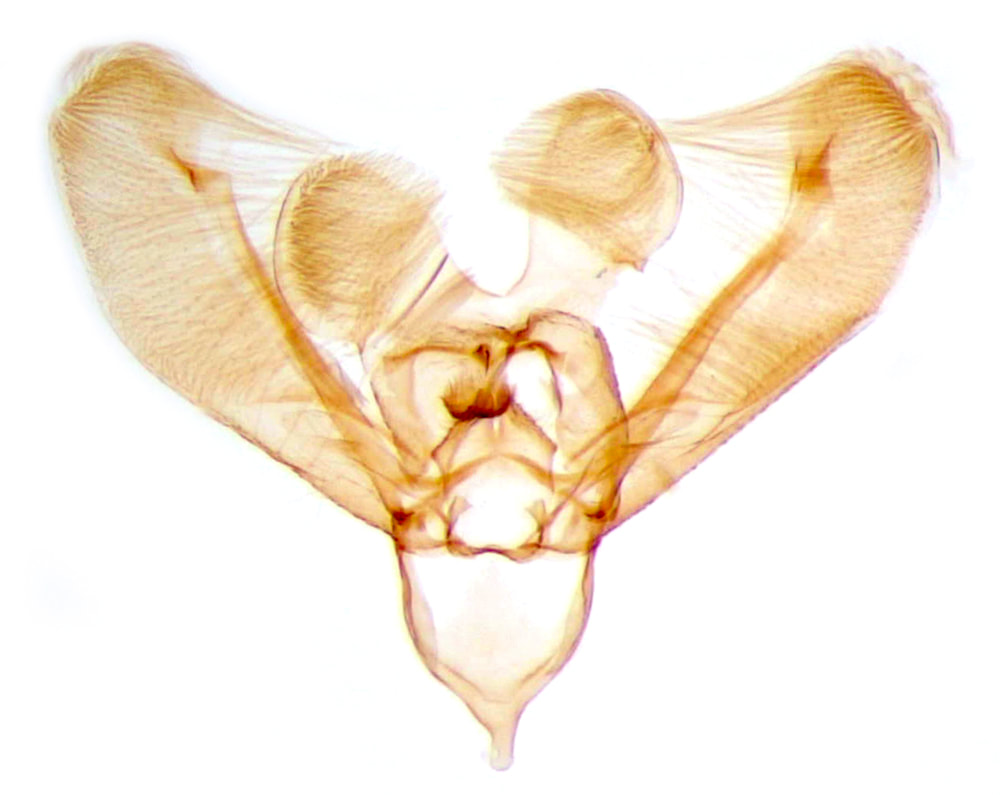 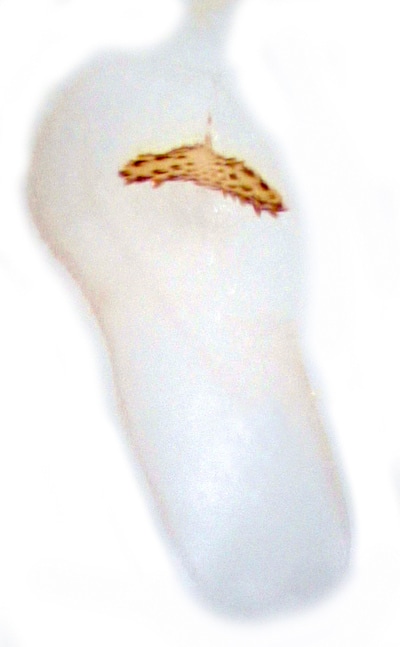 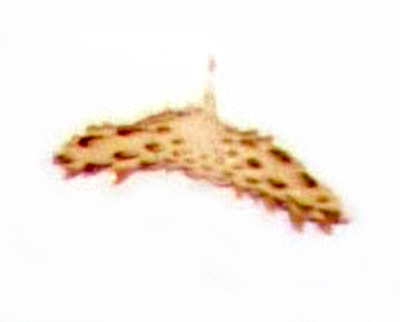 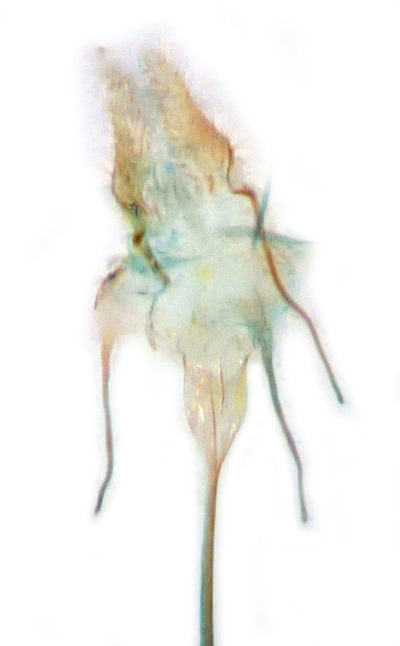