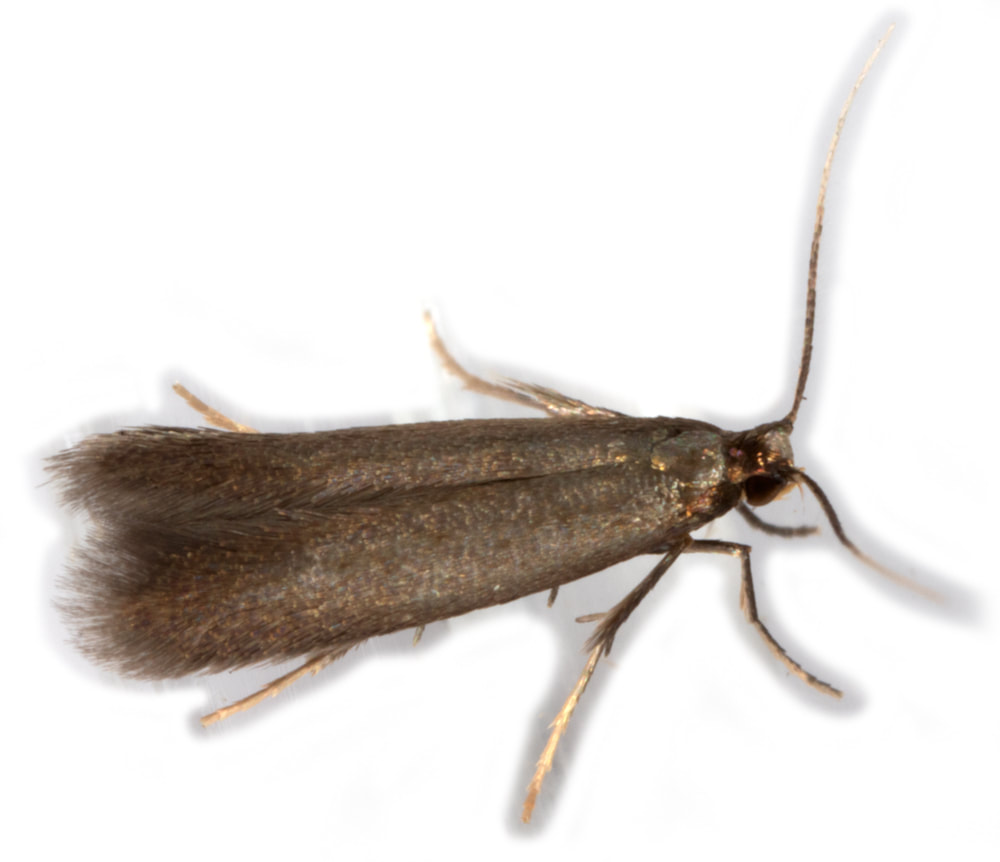 Coptotriche angusticolella §1 male
ID:  Bronzy fuscous, slightly but distinctly metallic, antenna with apical 1/3 white. Once recognised as in Family: Tischeriidae, the identification is straightforward as it is the only extant British species that is not yellow. Identification that it is in Family: Tischeriidae is problematic as this is largely based on venation (10 forewing veins reaching the margin).
At first sight resembles a Coleophora but its slightly metallic sheen is quite unlike the strongly metallic Coleophora species; the male has a finely but distinctly ciliate antenna (unlike any Coleophora species); the proximal hindtibial spur pair is placed extremely proximally (rather than centrally) and the abominal dorsum lacks the scale plates typical of Coleophora species. 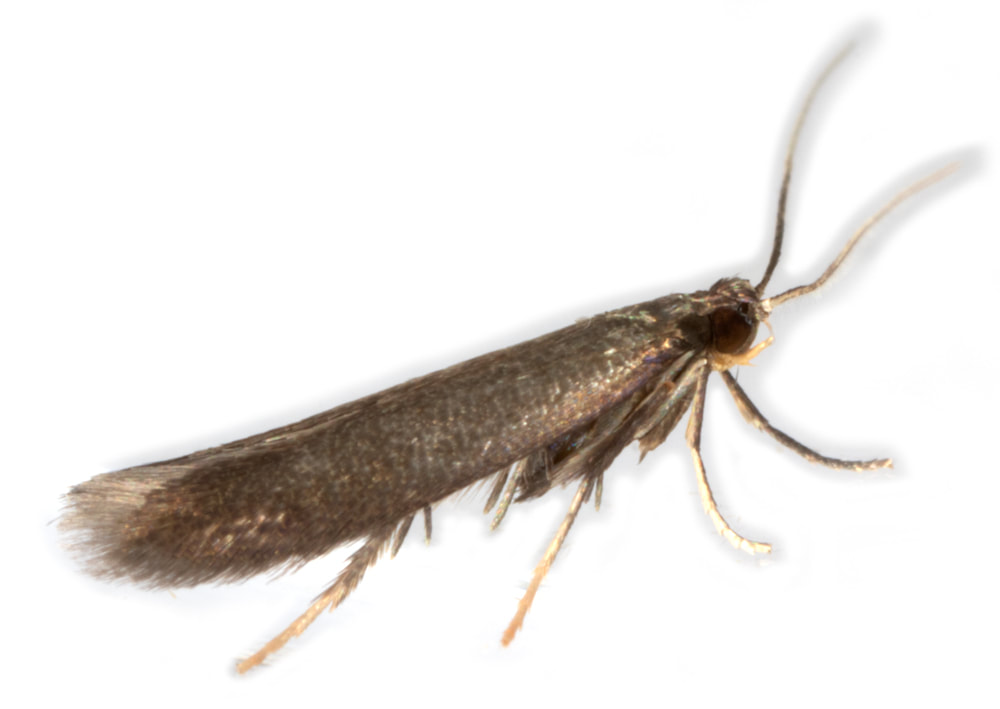 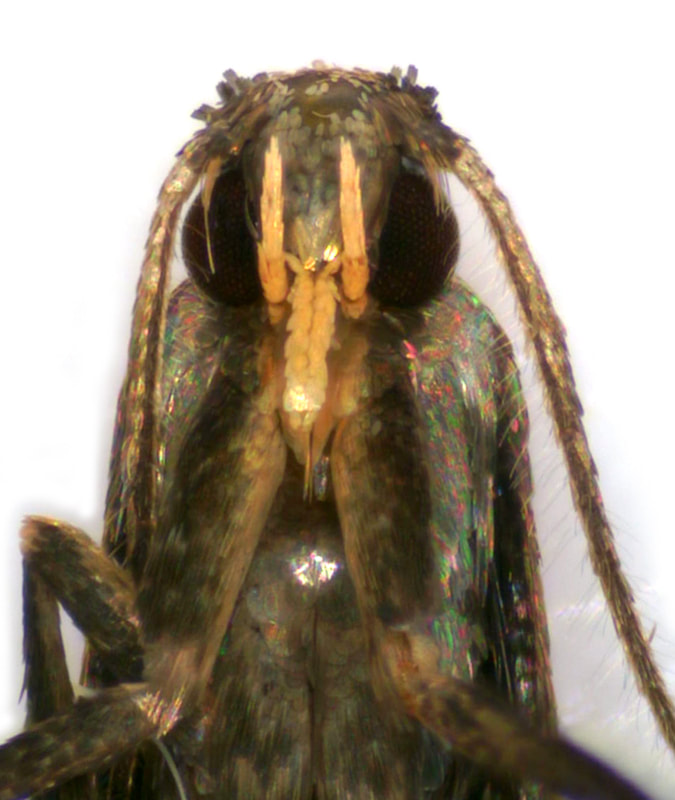 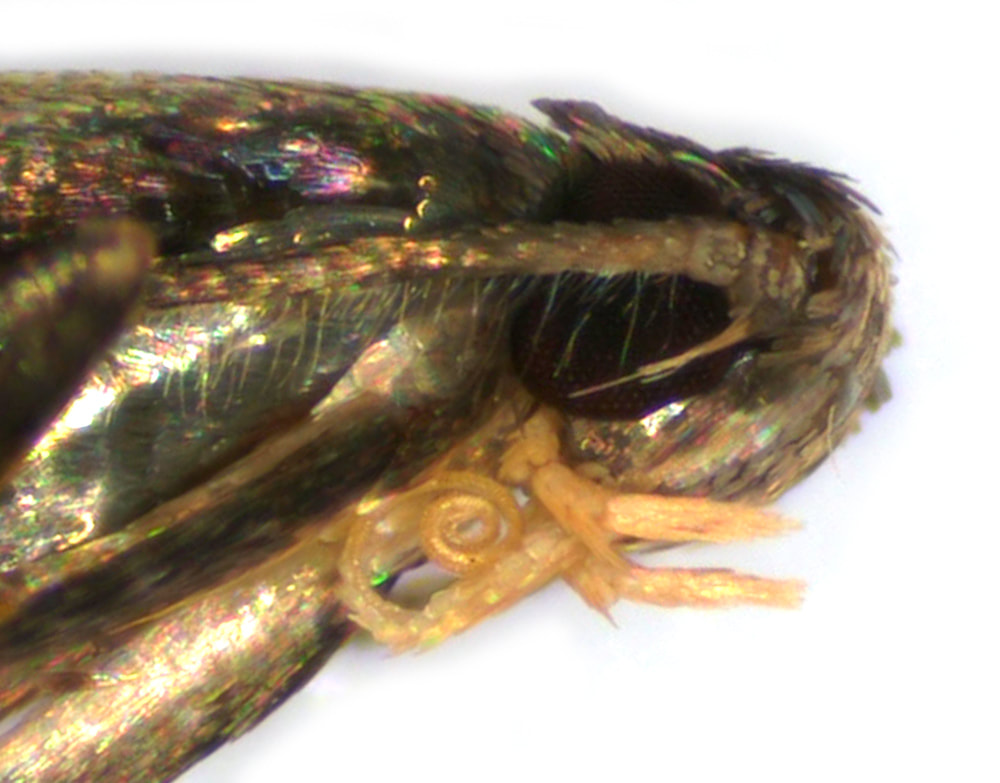 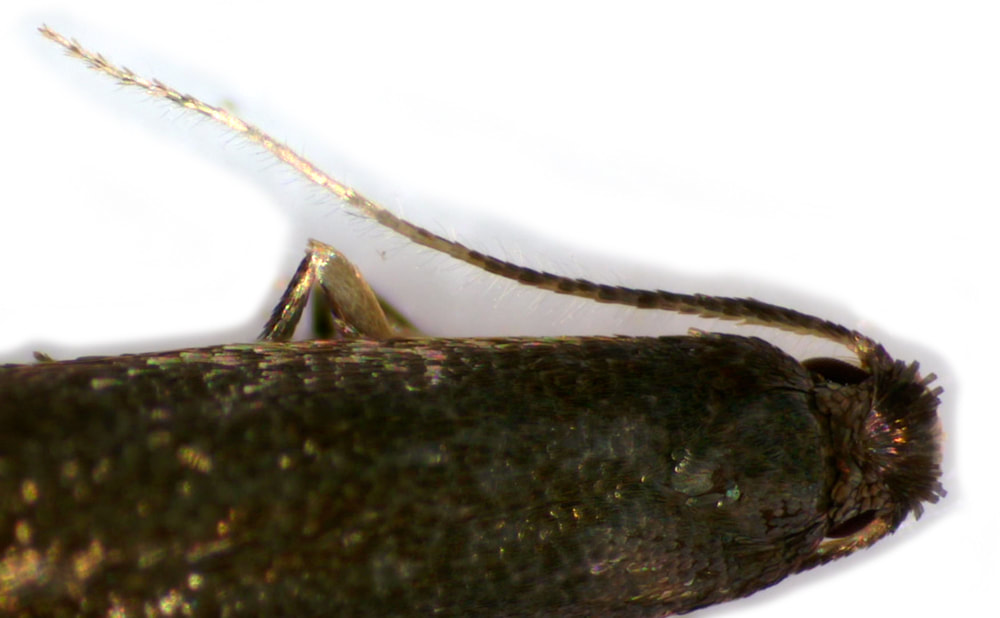 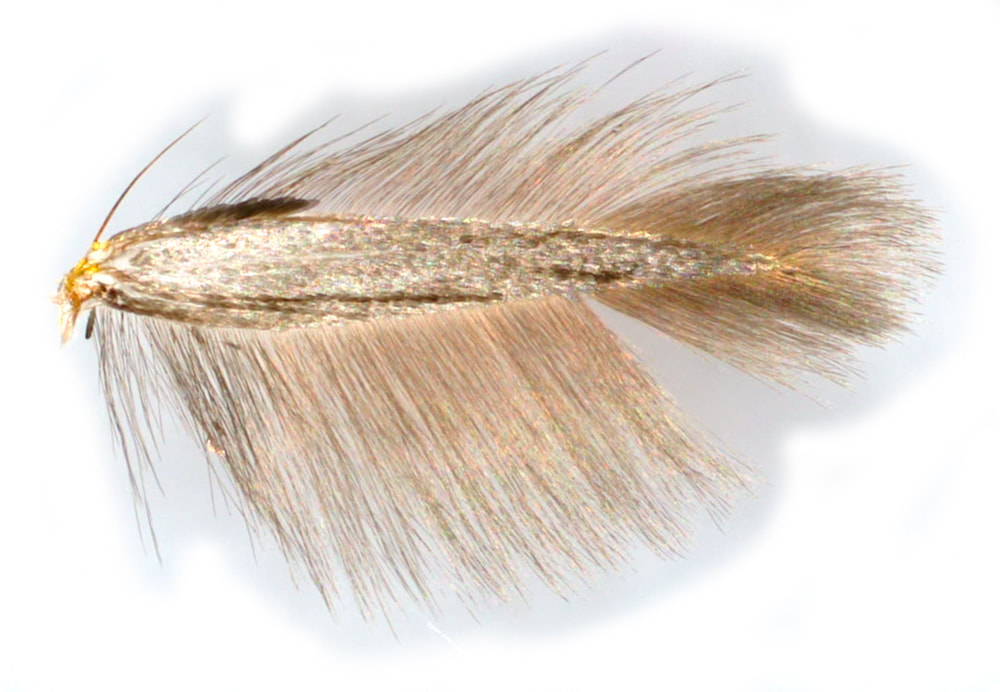 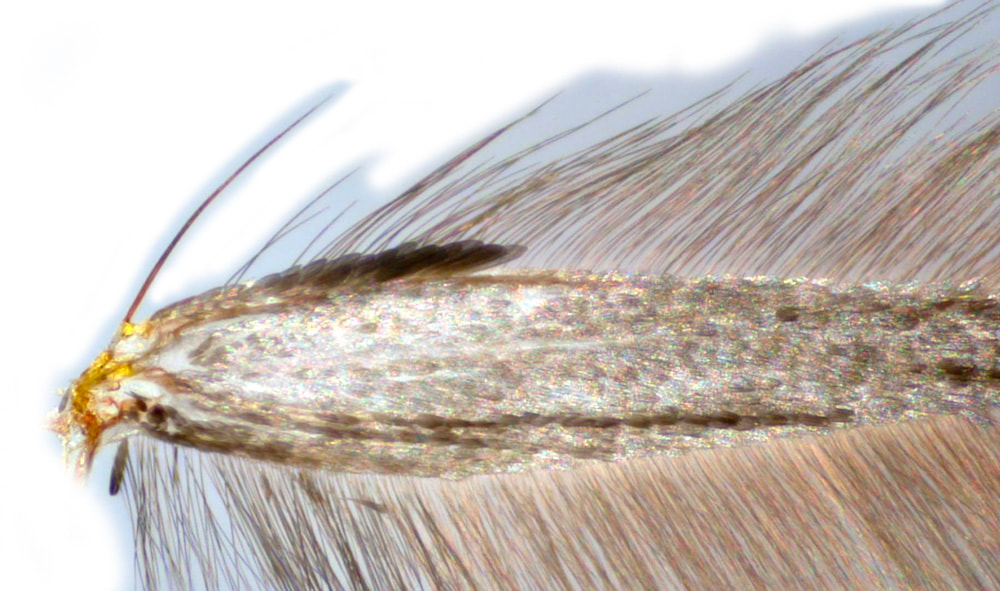 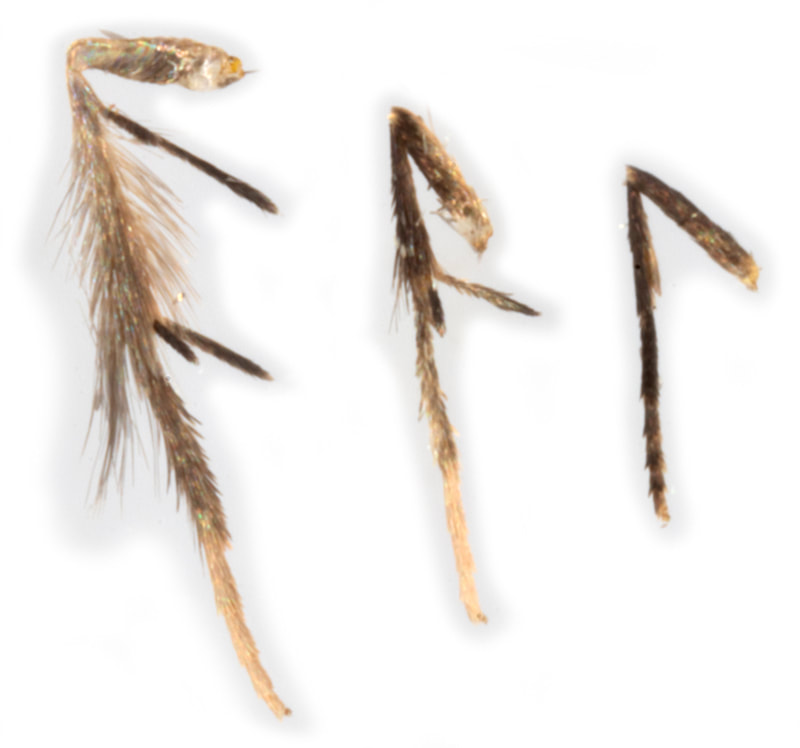 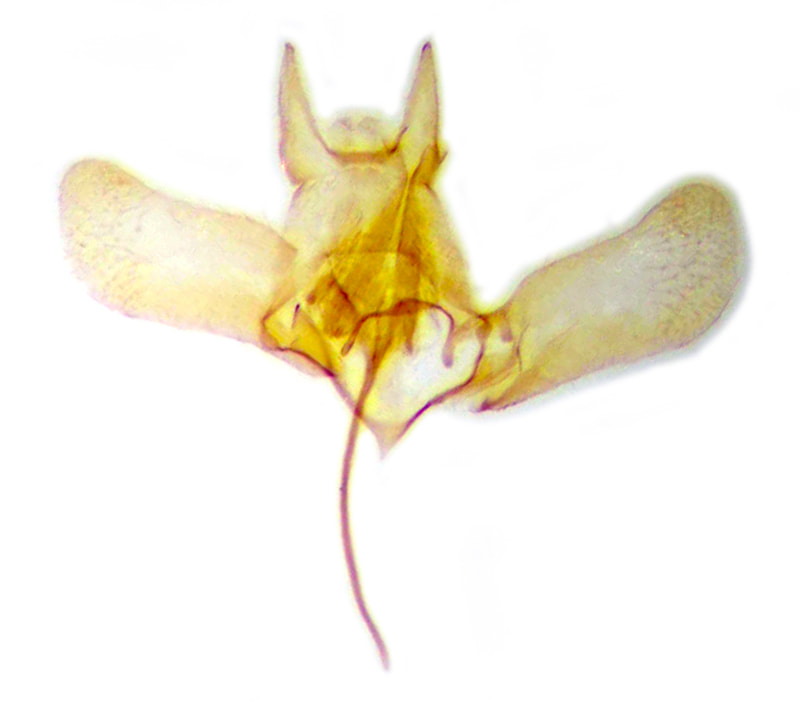