Elachista kilmunella §2 male
ID: Forewing dark with pale costal and tornal spots, not involving bases of tornal or apical cilia and with other pale markings; pale markings without a metallic sheen; frons dark* > 10 species
White-tipped tegulae are an additional feature of this species, (but I don't know how often this occurs in the other species).
* Although keyed in the group with a dark frons, the frons may not be as dark as other species in this group.
The description in MBGBI3 is as follows: "Head and vertex covered with fuscous-edged ochreous-white scales, frons ochreous-fuscous".
Male genitalia: uncus lobes separated by a U-shaped notch which is broader than an uncus lobe, vinculum strongly produced, aedeagus not notched or pointed at apex with 1 or 2 small thorns.
Female genitalia: antrum very broadly "V"-shaped; signum small-medium-sized, thorny, transverse, elongate-ovoid.
<
> 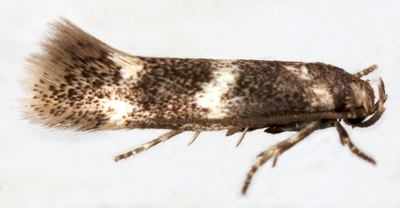 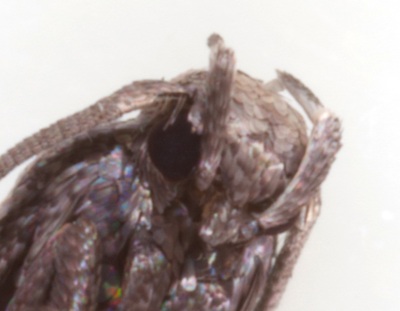 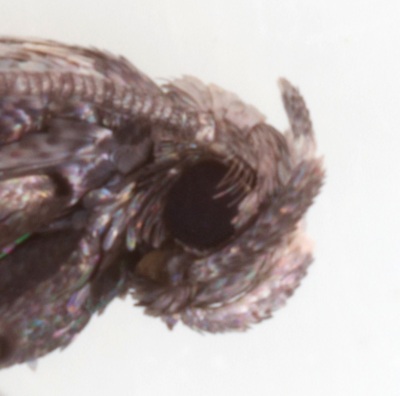 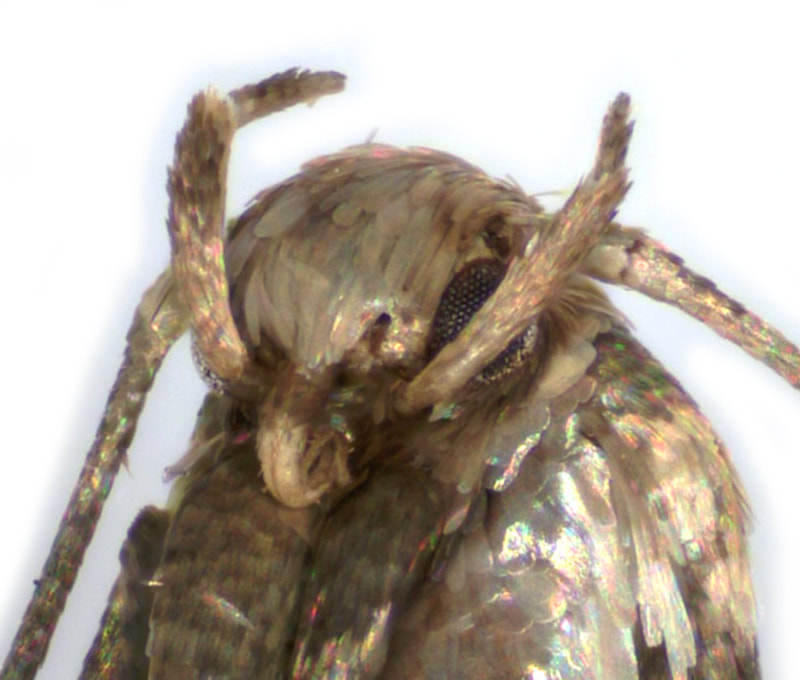 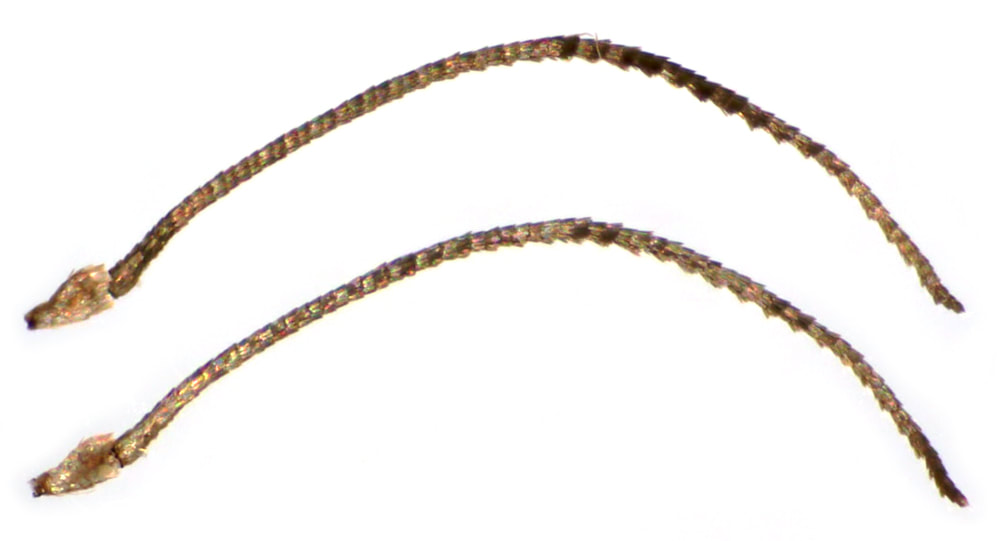 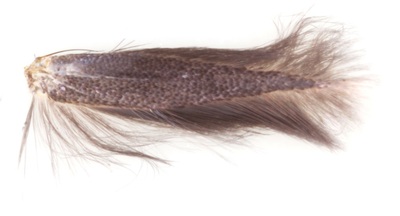 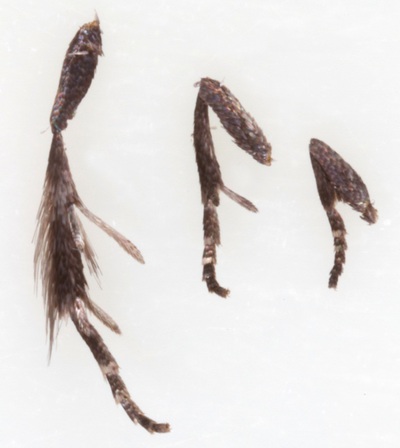 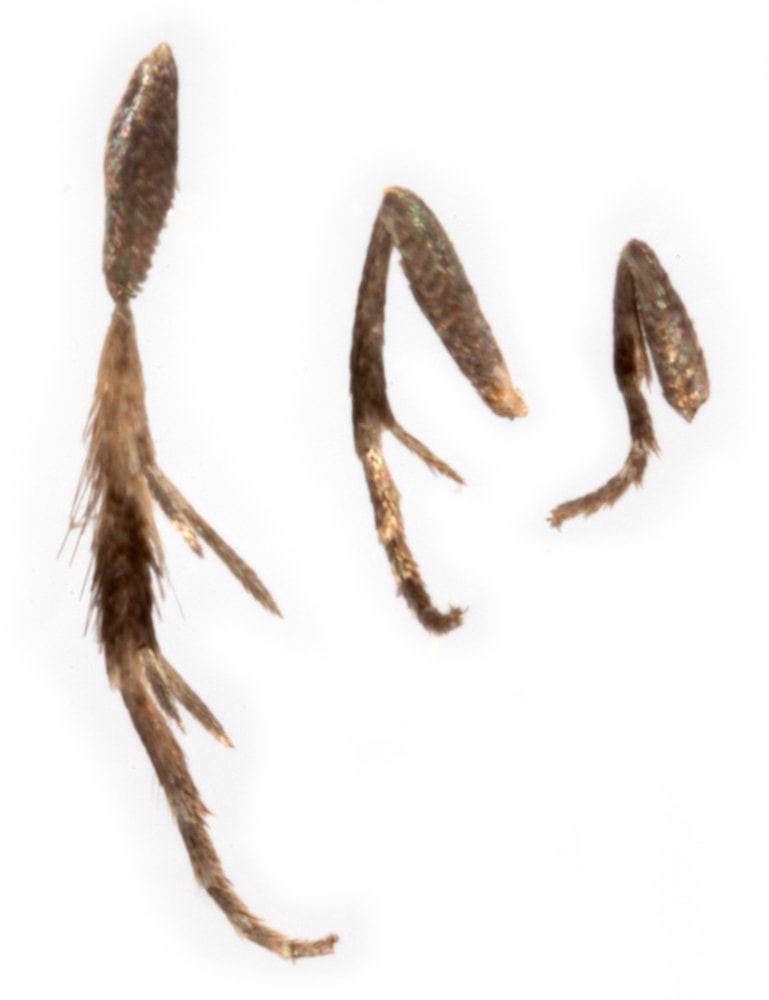 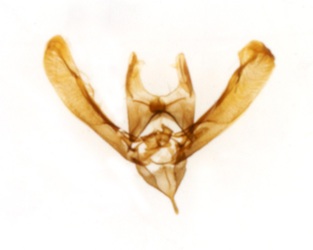 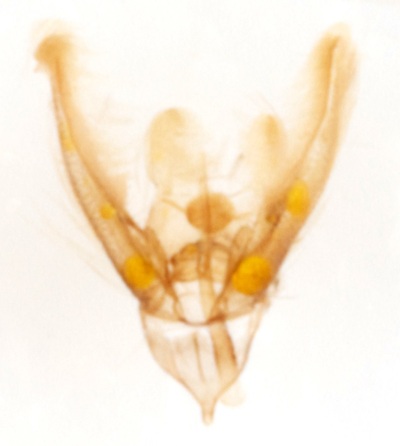 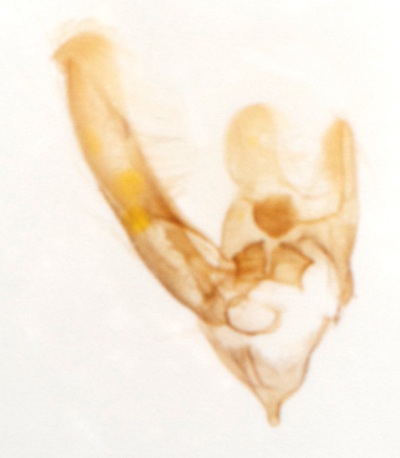 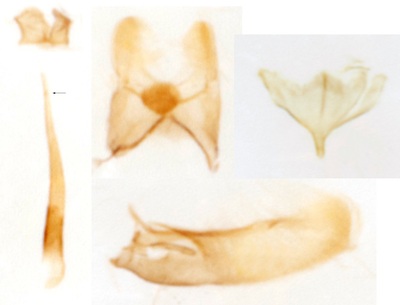 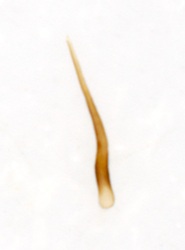 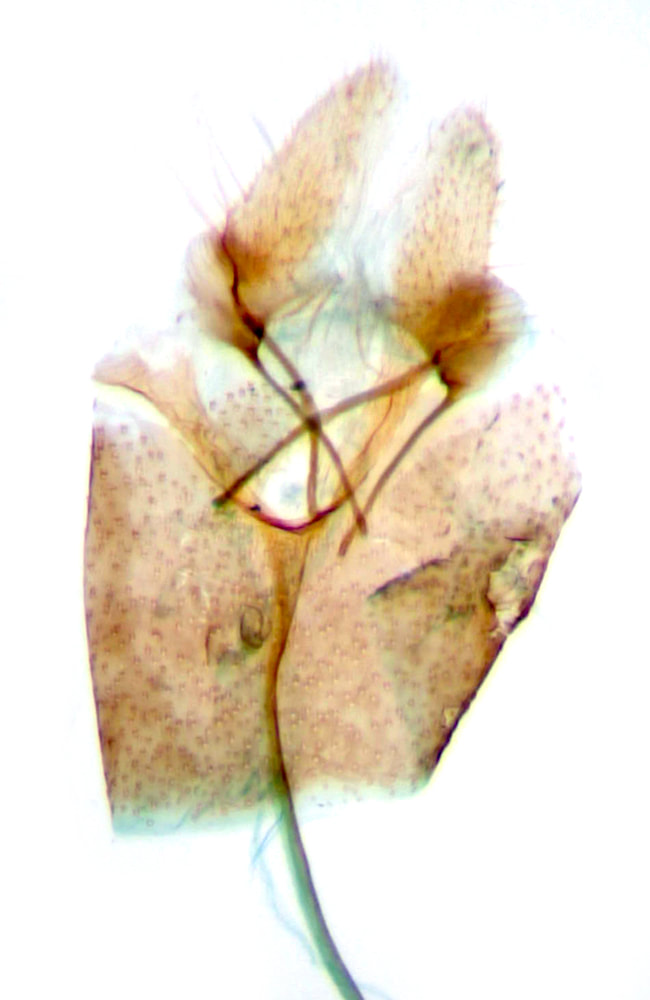 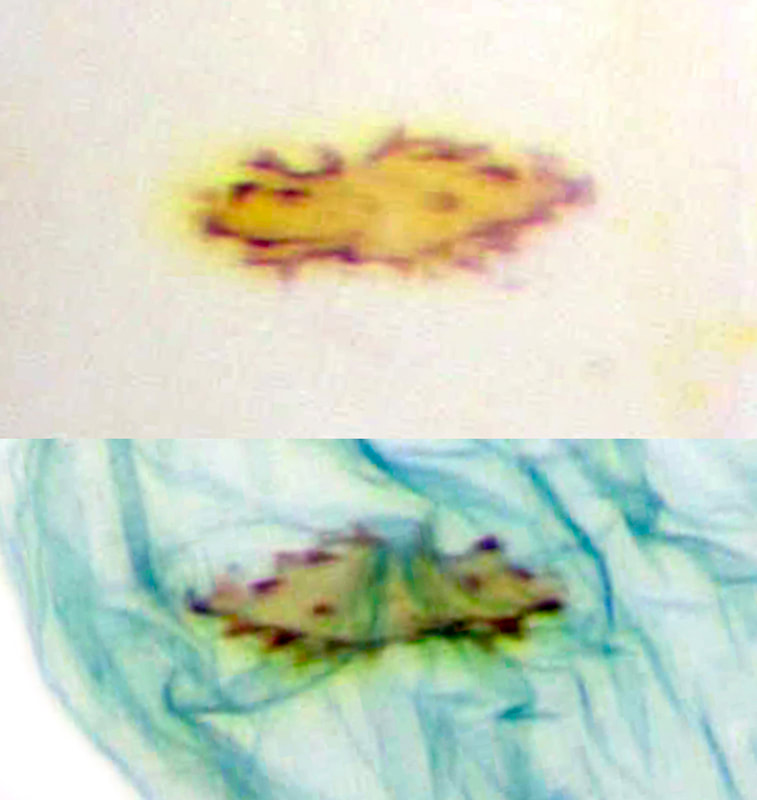