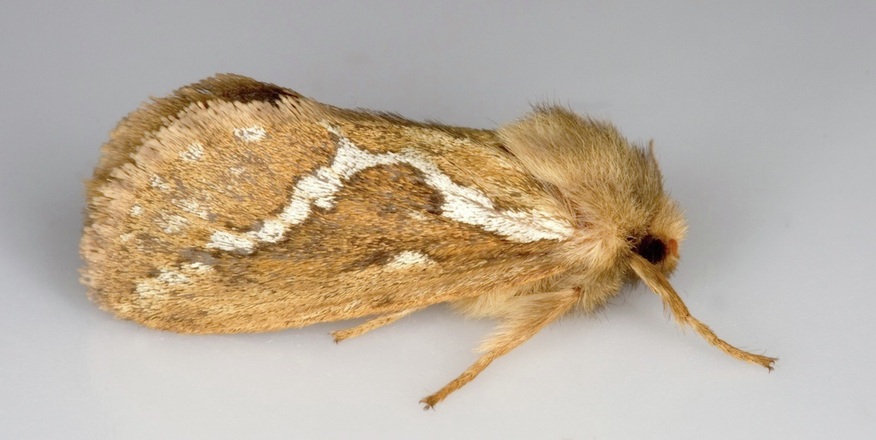 Korscheltellus lupulina (Common Swift) §1 male
ID: Very variable. Forewing colour ranges from whitish through pale brown to grey and may be plain; where there are pale/white markings form a V (with the point of the V at the dorsum and often open) it is obtuse. Other British Hepialidae can be excluded as follows: K.fusconebulosa (Map-winged Swift) has chequered forewing cilia; H.humuli (Ghost Moth) is larger with a more pointed forewing apex; P.hecta (Gold Swift) has (2) parallel fasciae; T.sylvina (Orange Swift) has the fasciae in the same orientation as in K.lupulina but they form a V with an acute angle.
<
> 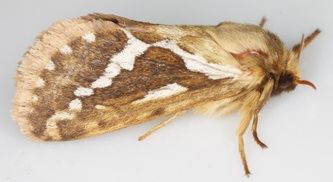 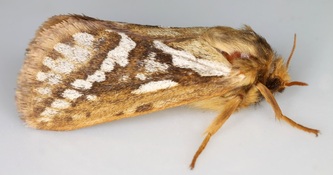 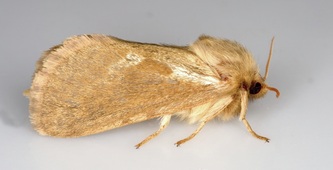 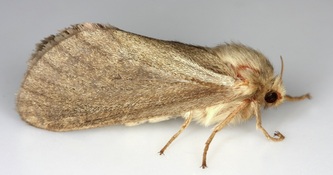 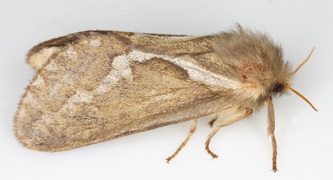 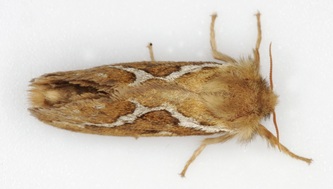 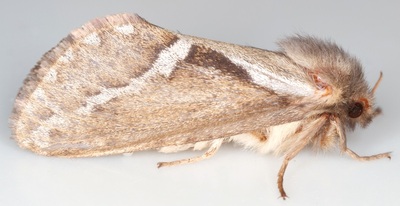 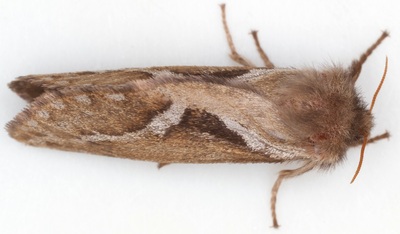 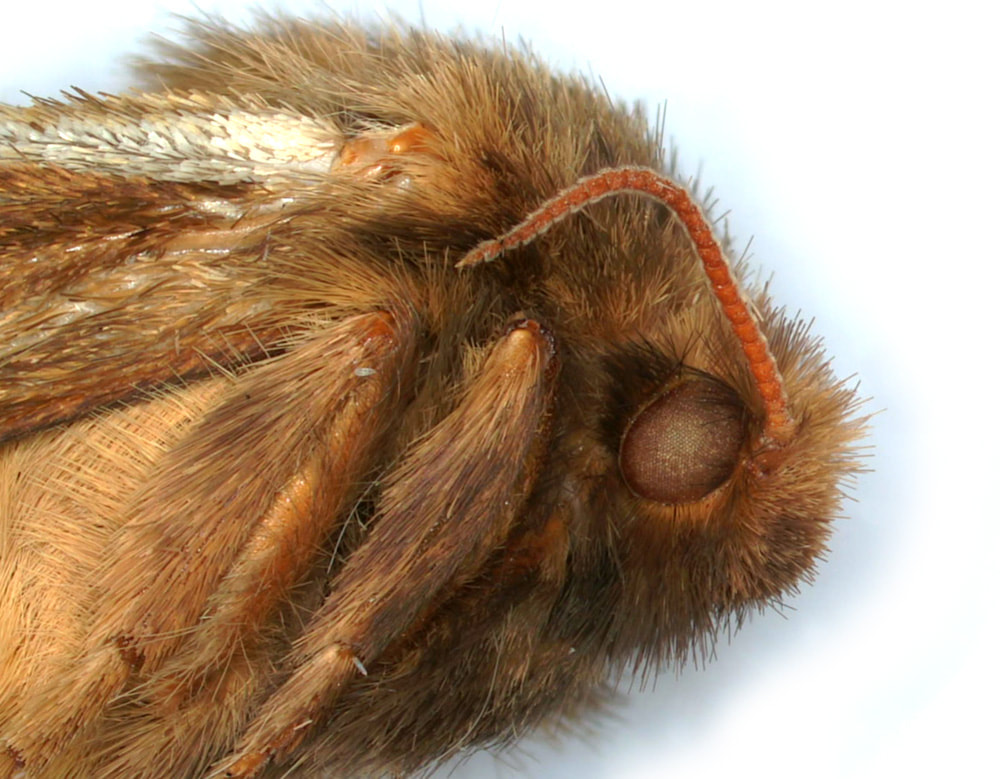 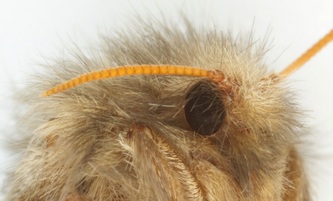 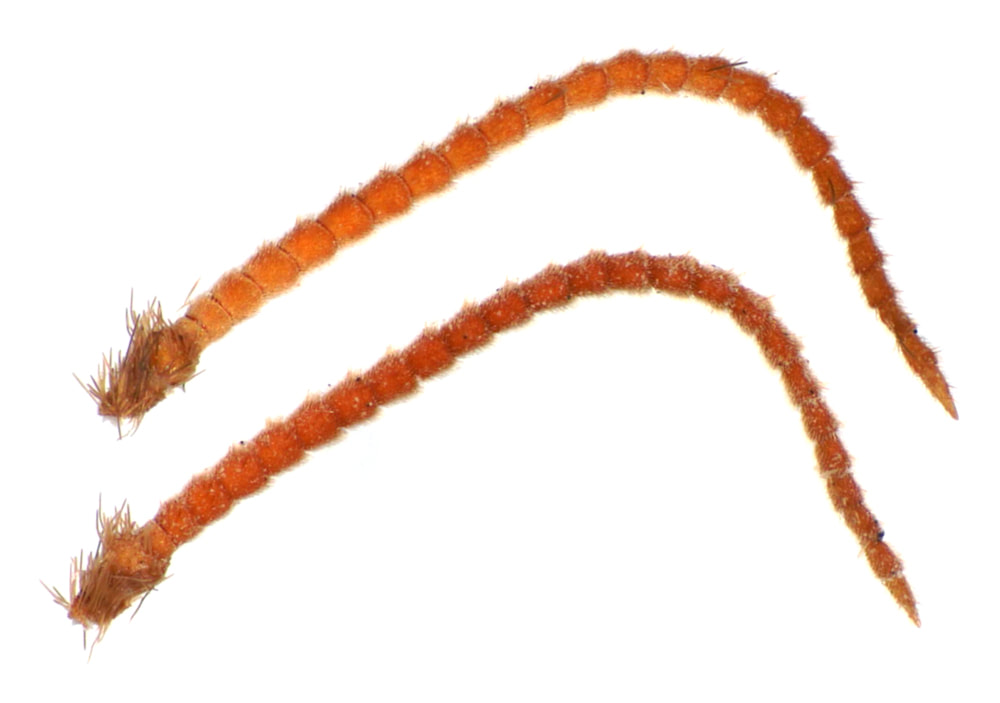 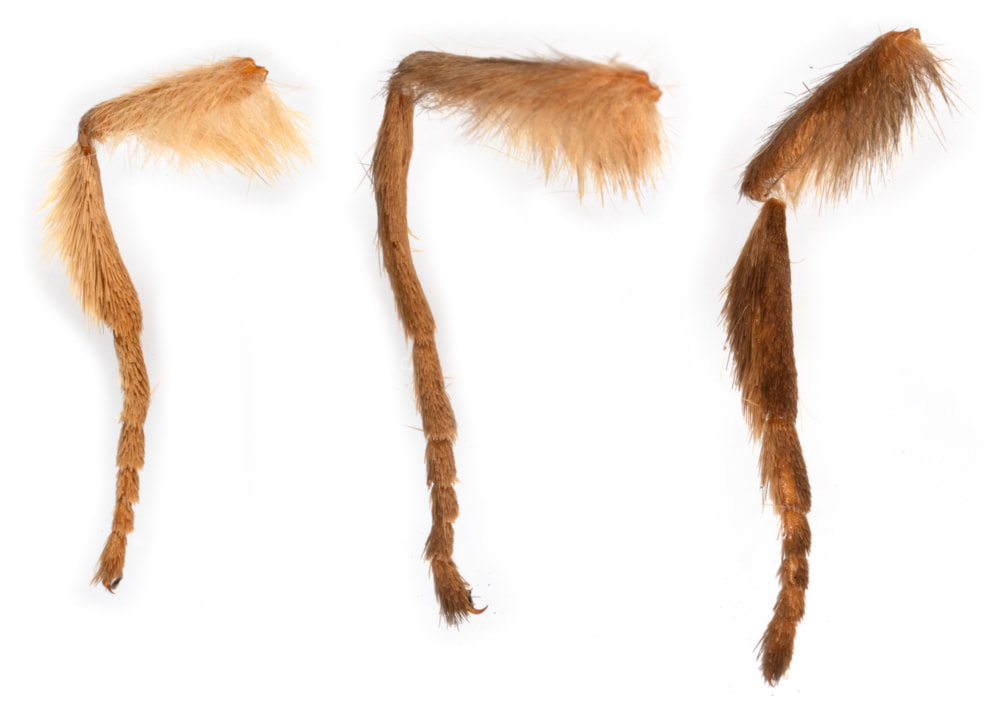 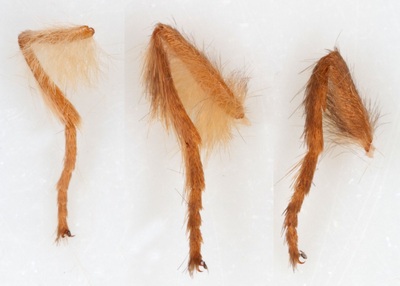 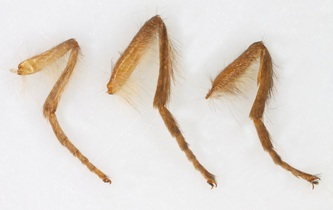 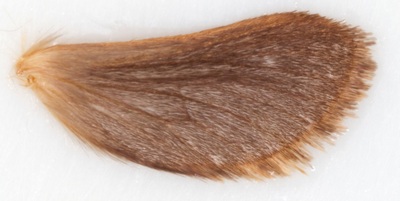 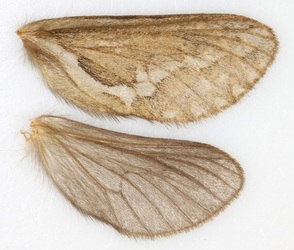 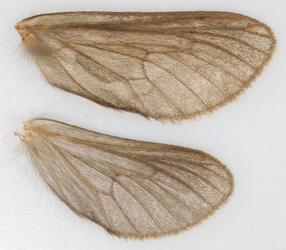 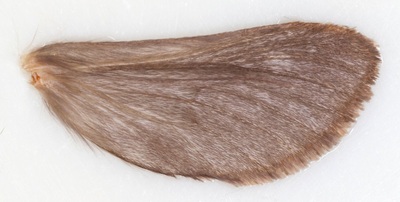 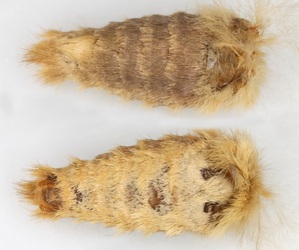 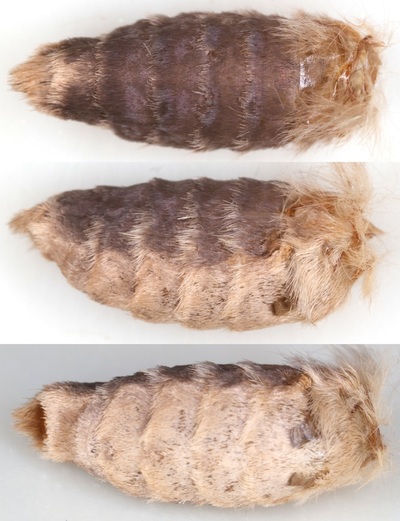 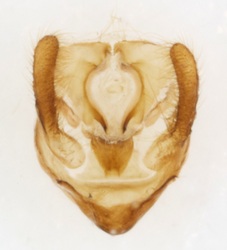 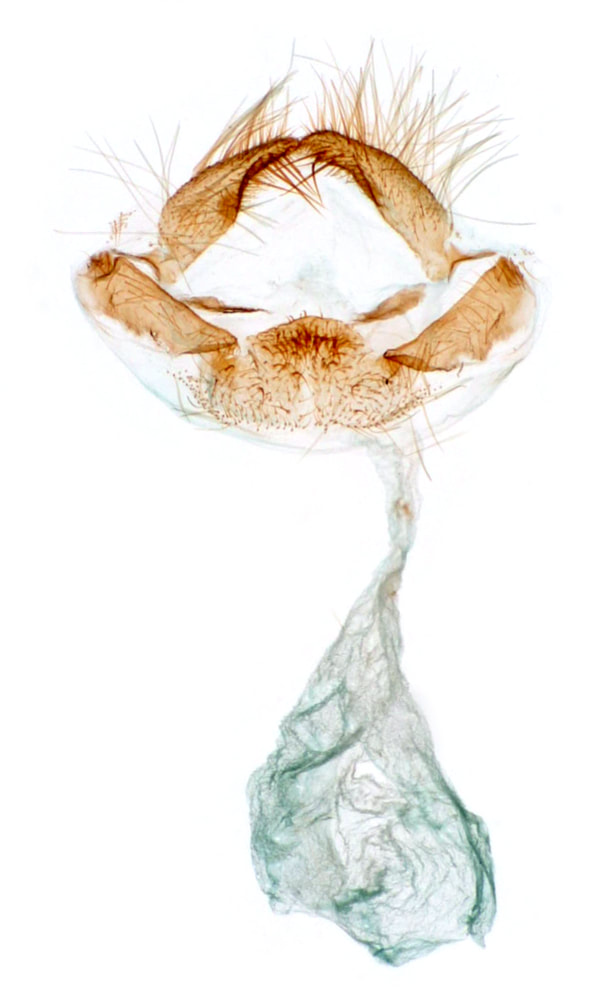 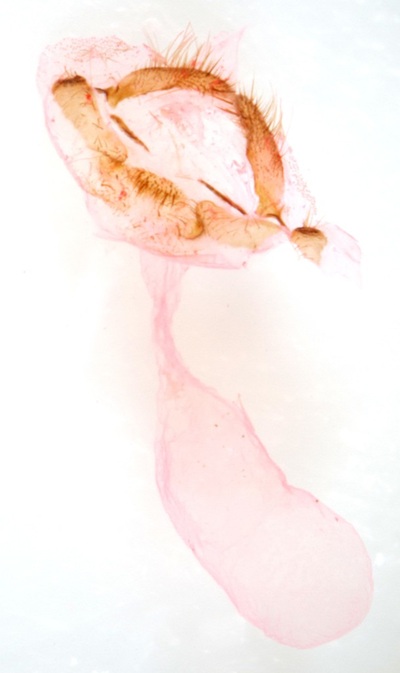 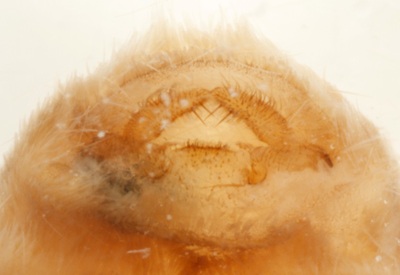 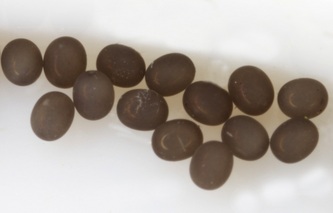