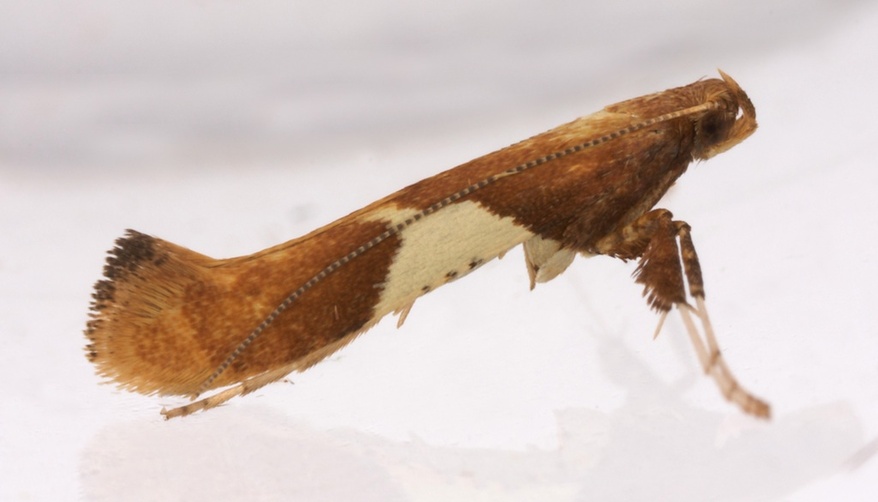 Caloptilia stigmatella §1
ID from Key: Labial palp with S2 not tufted; forewing with a distinct whitish triangular costal blotch its posterior margin concave.
Two features not mentioned in MBGBI2 which do seem to be regularly seen in web images labelled as this species and which seem to assist ID are:
1) The dark spots along the costa within the pale costal blotch (these spots are mentioned in the MBGBI2 description of the very rare C.hemidactylella, so failure to mention them in the description of C.stigmatella is potentially misleading).
2) Rather than triangular with a concave posterior margin, the costal blotch is often triangular or trapezoid with a straight (rather than concave,curved) posterior margin. An oblique extension directed posteriorly from the apex of the triangle, or the dorsal edge of the trapezium, then results in the posterior margin of the costal blotch plus the extension, taken as a whole, being deeply concave.
The costal blotch may be partially obscured by ground colour, leaving only the leading edge whitish. This may lead to confusion with C.semifascia which is smaller (ws10-12mm) and has little trace of anything but the leading edge of the costal blotch.
<
> 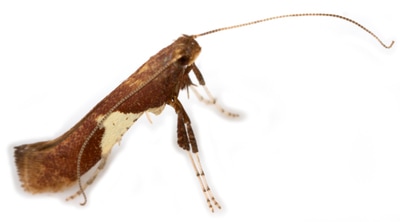 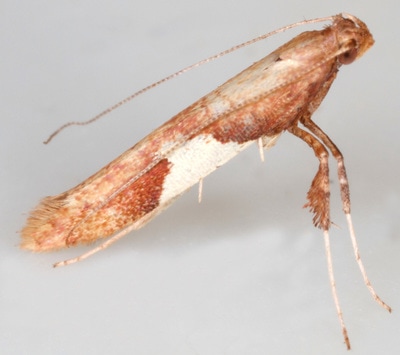 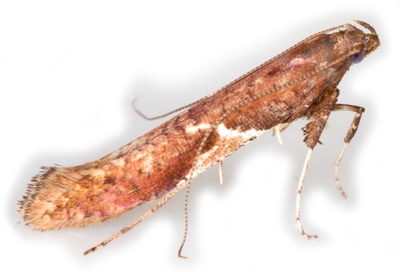 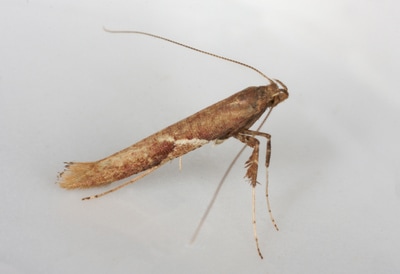 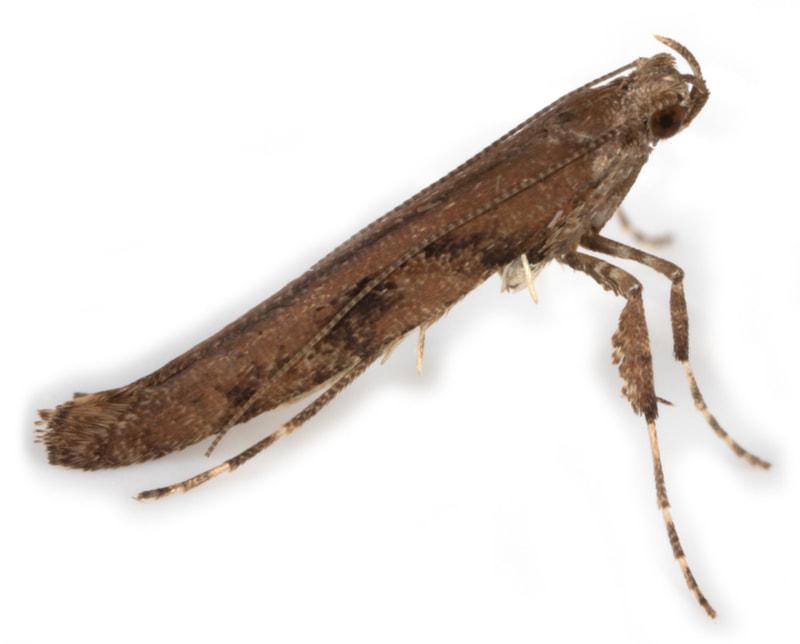 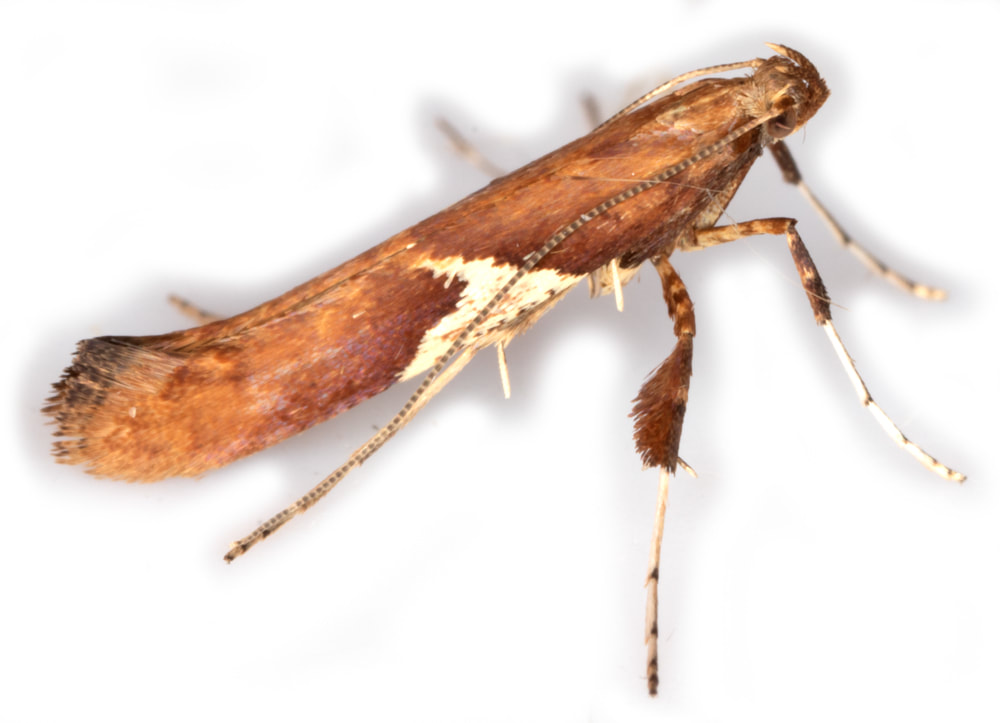 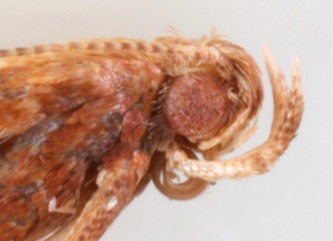 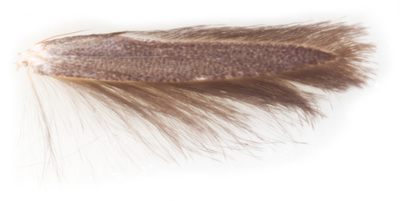 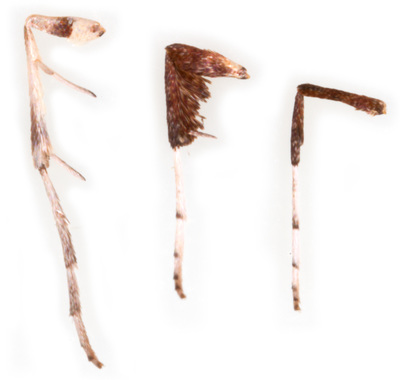 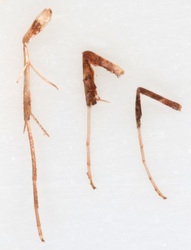 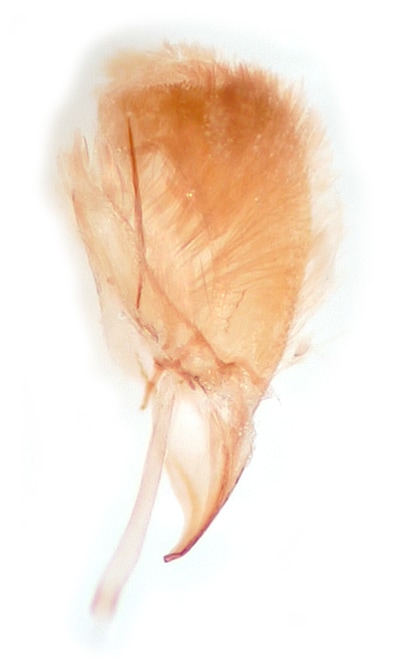 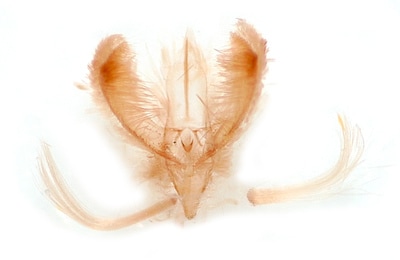 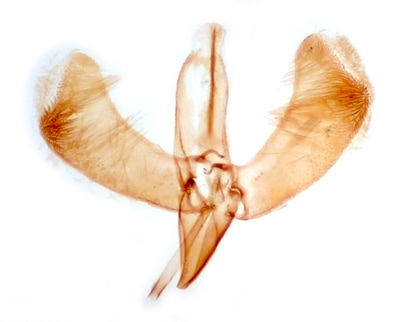 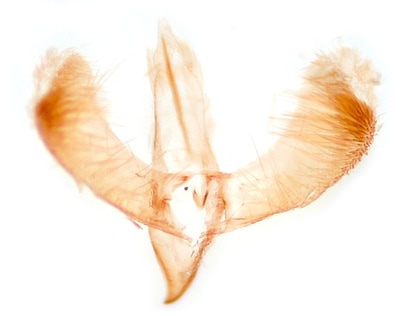 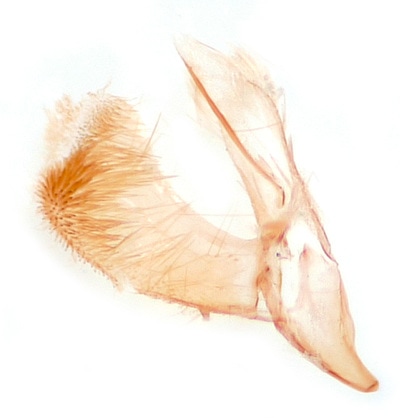 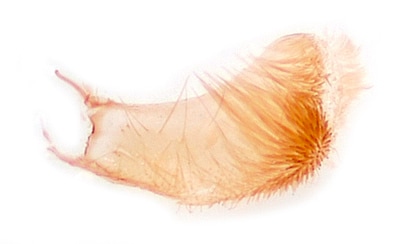 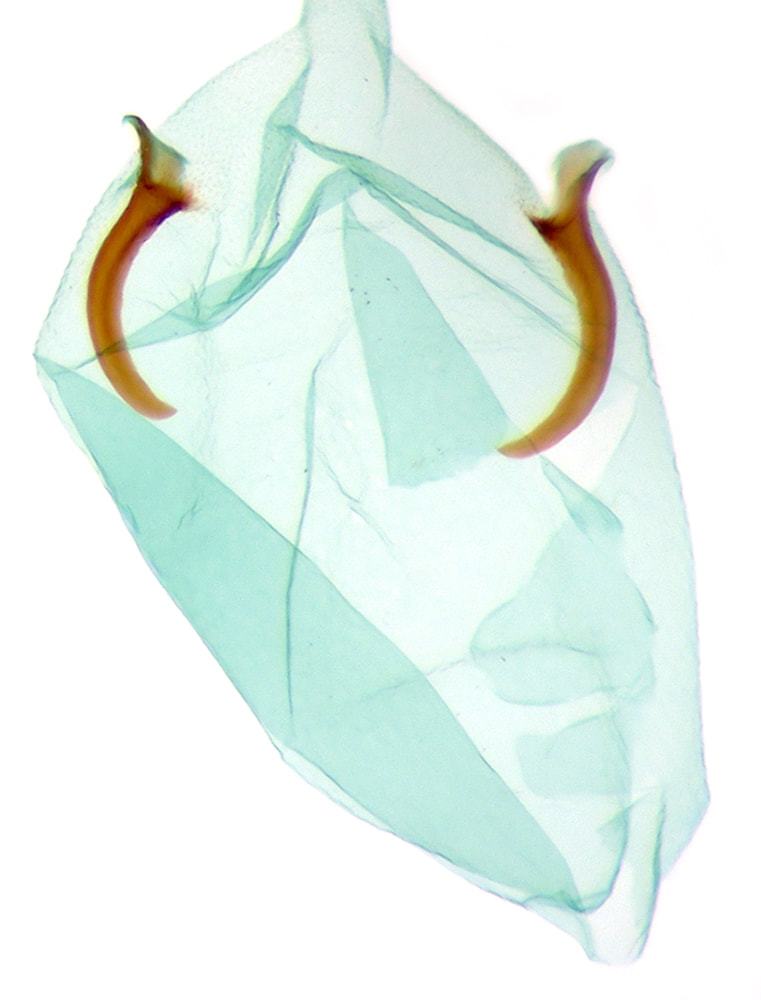 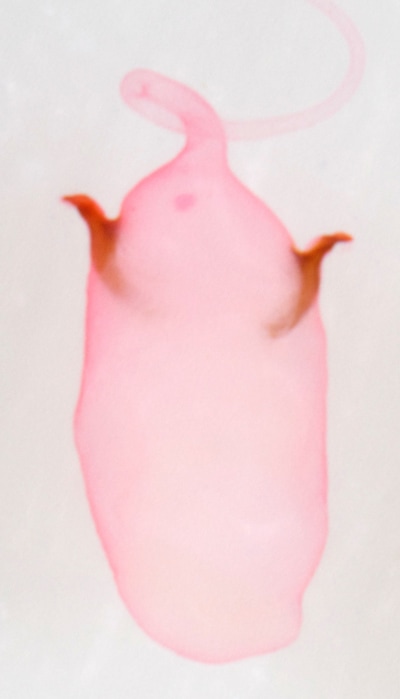 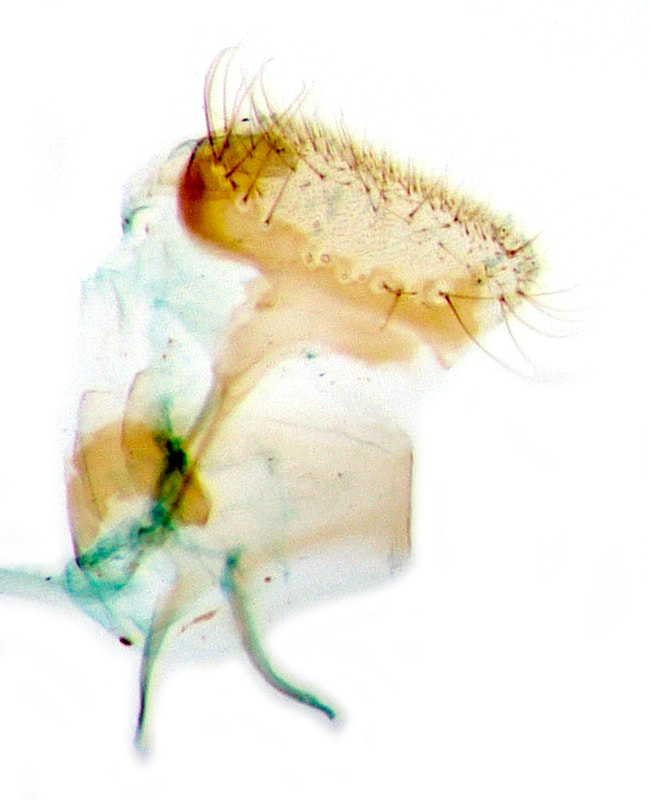