Coleophora atriplicis §1 female
ID: Group D - Forewing obscurely streaked, with a pale costa; streaks not overlaid with fuscous scales > C.atriplicis/glaucicolella/alticolella
But see variant with scattered fuscous scales below
Male genitalia: Lateral margin of sacculus with 3-5 small processes, transtilla with a broad angulate process.
Female genitalia: C.atriplicis has a fairly small signum and a scobinate patch in the bursa copulatrix; the other 2 species have a moderate signum and no scobinate patch. C.atriplicis has a scobinate section of ductus bursae which starts at the posterior margin of the subgenital plate, extends for a length > that of the SGP and is continued anteriorly as a long 'tail'. In C.glaucicolella the scobinate section is of similar length but it commences somewhat distant from the posterior margin of the SGP and lacks a 'tail'. In C.alticolella the scobinate section of DB is shorter than the SGP and it also lacks a 'tail' 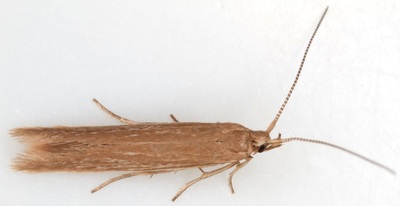 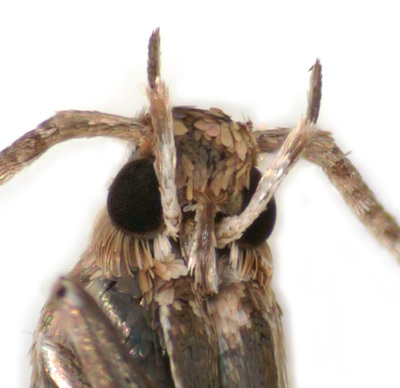 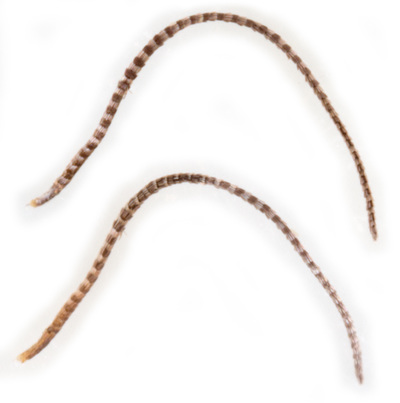 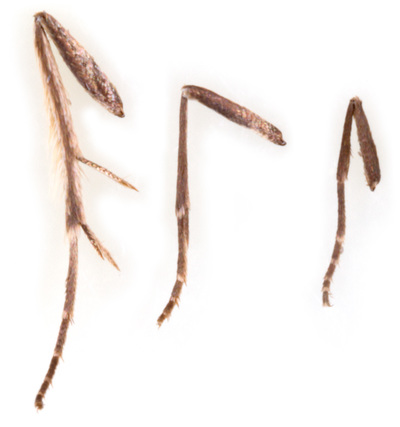 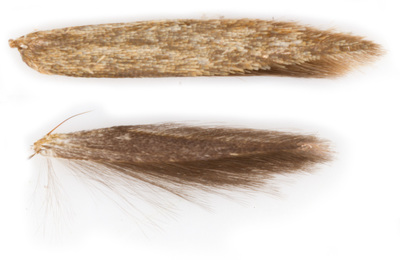 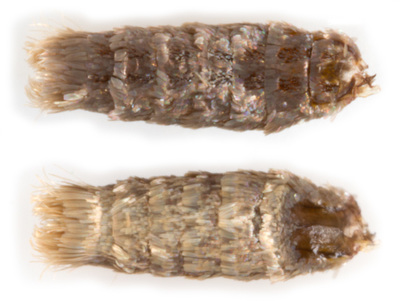 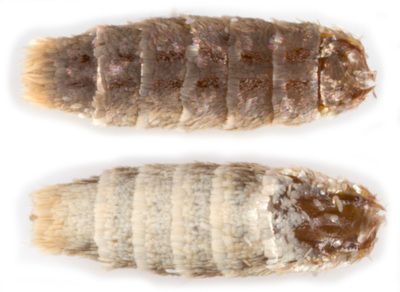 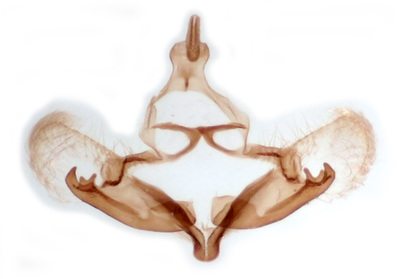 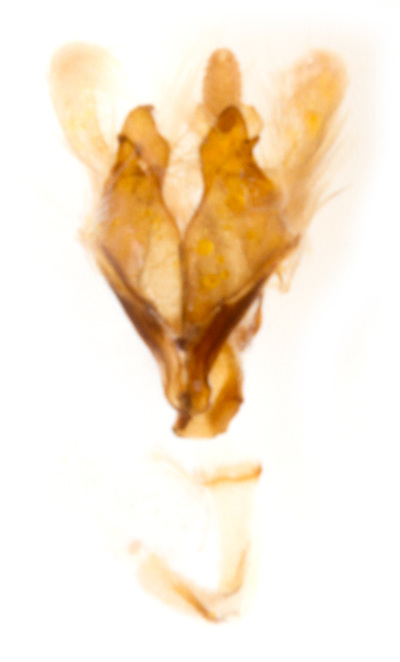 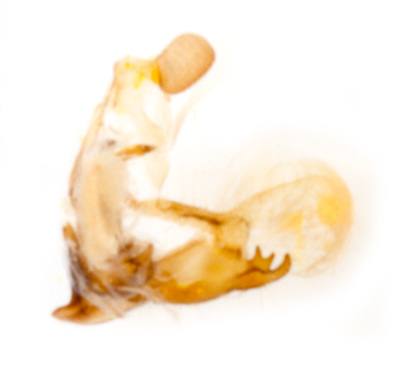 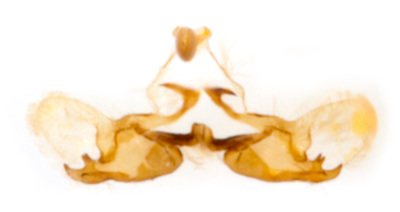 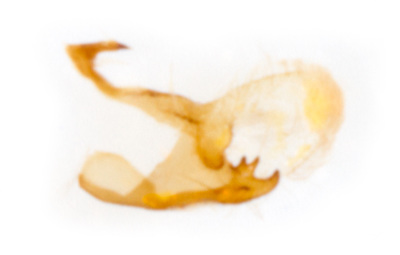 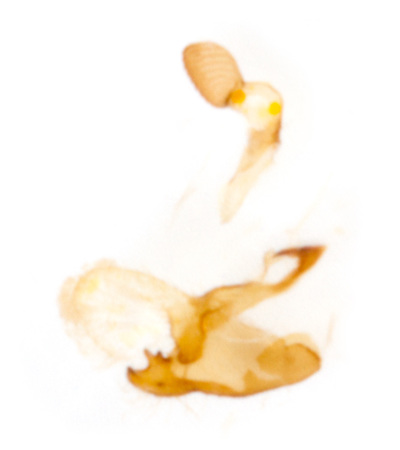 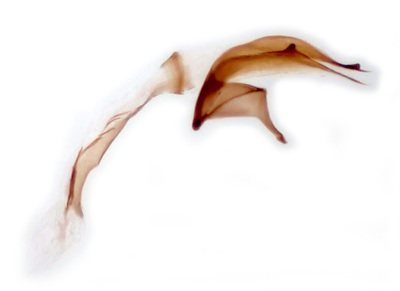 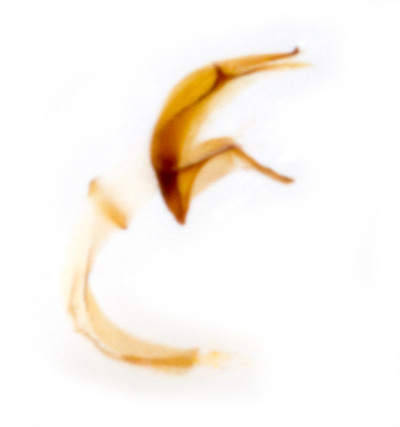 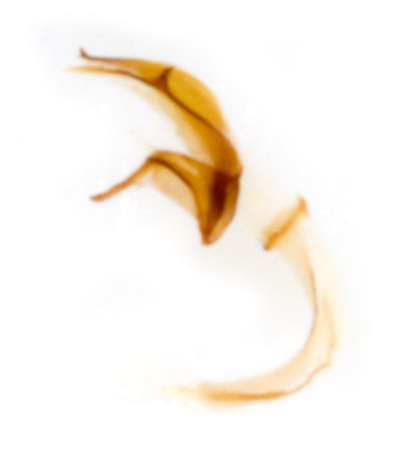 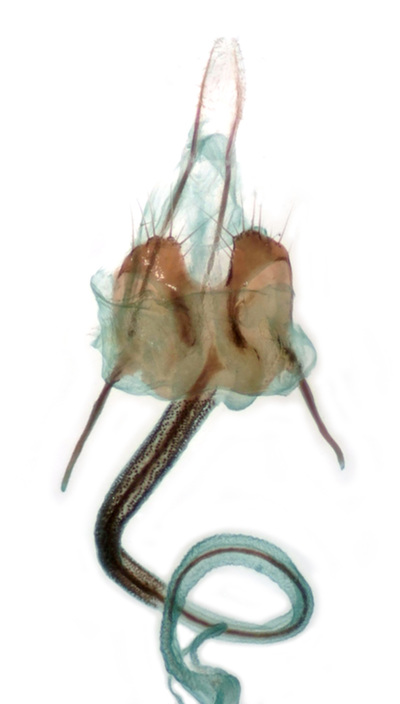 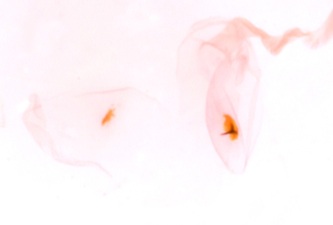 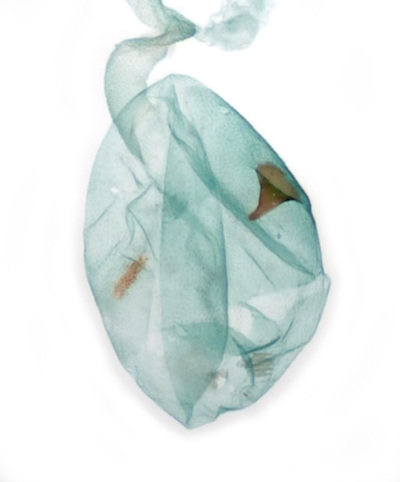 Variant - with scattered fuscous scales along the veins
This specimen was obtained along with 2 male C.atriplicis in a light trap in my garden. It shows fairly marked fuscous scales and has genitalia typical of female C.atriplicis. The four species keyed from: Forewing with pale costa, remainder of forewing with obscure streaks; streaks overlaid with scattered fuscous scales are - C.asteris / C.saxicolella / C.sternipennella / C.salinella. C.salinella lacks a significant scobinate section of the ductus bursae. C.ateris has an elongate subgenital plate with a deep incision in its posterior margin. Both C.saxixolella and C.sternipennella show lateral emarginations in the posterior border of the subgenital plate so that the lateral margins of the ostial incision are produced posteriorly; the ostium of these two species is also relatively broad (>1/3 of the SGP width); and the introitus vaginae narrows to join the ductus bursae anterior to the anterior margin of the SGP. In C.atriplicis the ostial incision is short and narrow and lacks produced margins and there is no discernible broad section of introitus vaginae - instead the sclerotised lines in the ventral surface of the SGP flare laterally as they approach the anterior margin of the SGP. 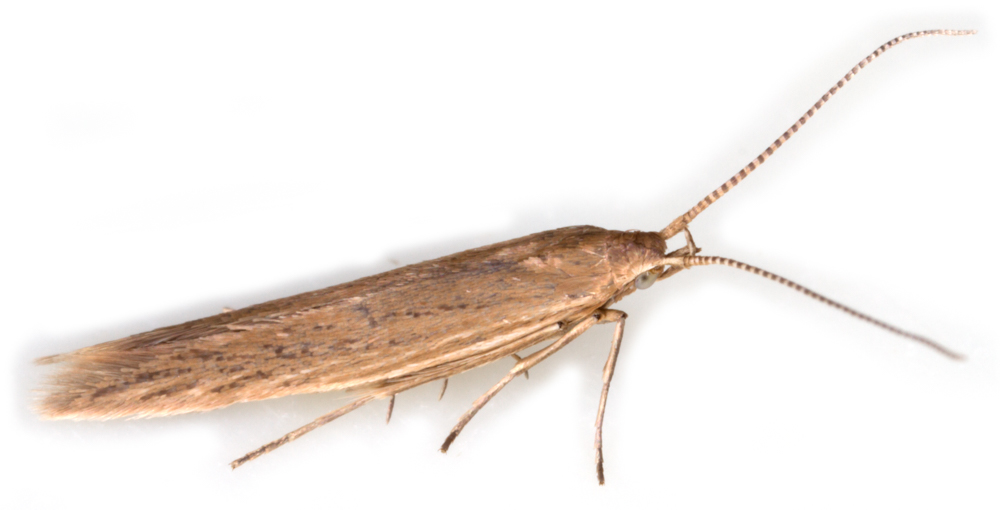 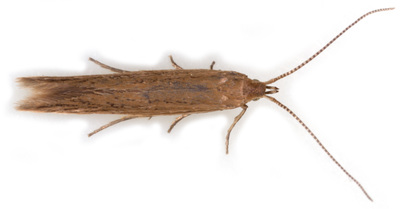 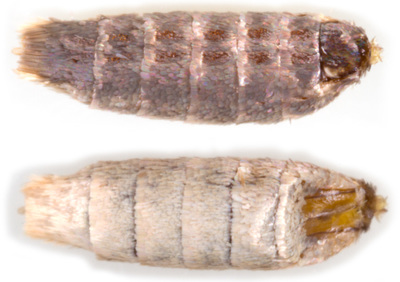 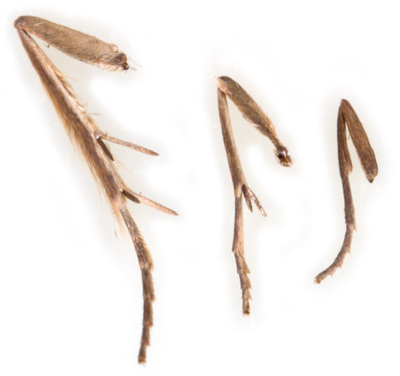 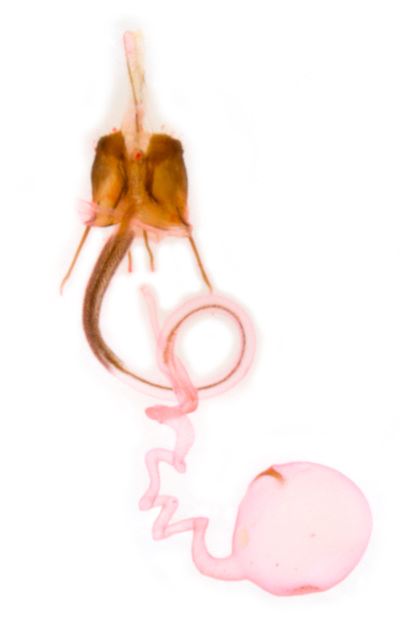