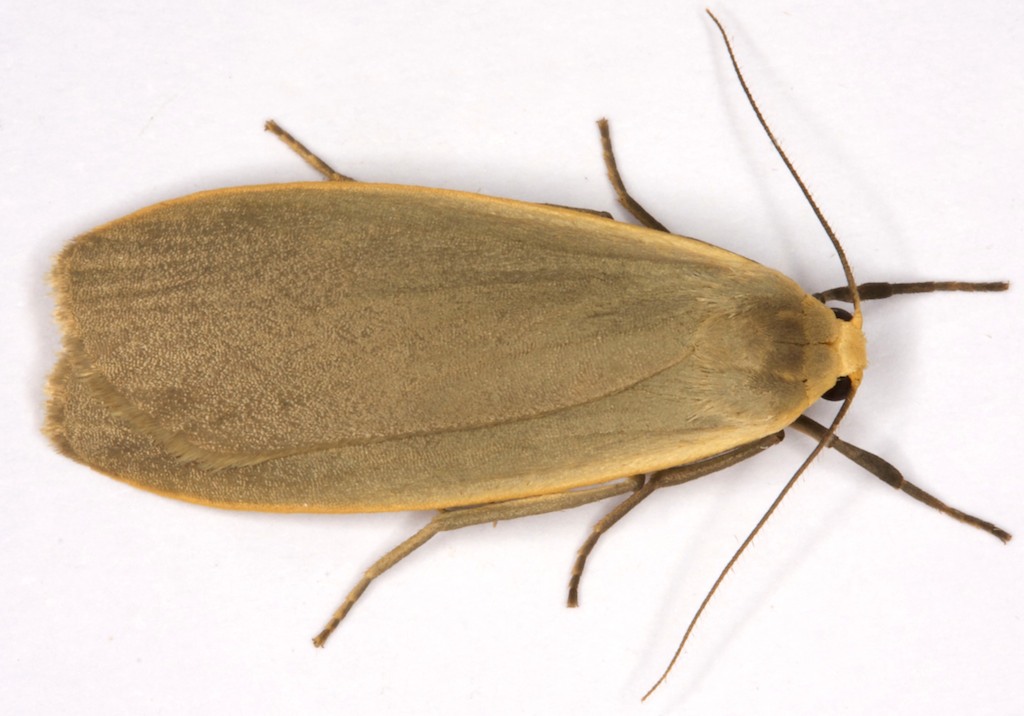 Eilema griseola (Dingy Footman) §2 male
ID: Has a broader forewing with a more strongly curved costa and a more silky texture than its congeners; forewing grey with a fairly well-demarcated narrow pale yellow costal stripe. Form stramineola is plain straw yellow. Thorax concolorous with forewing in both forms. Similar to other Eilema species. E.depressa (Buff Footman) has a slightly narrower forewing with the costa fairly straight in the basal 2/3; the costal stripe is diffusely demarcated and it often has a contrastingly yellow thorax or at least some yellow suffusion of the thorax. E.depressa f.unicolor may be very similar to E.griseola f.stramineola and these may require genital dissection for confident identification. E.lurideola (Common Footman) and E.complana (Scarce Footman) both have a lead grey forewing with a strongly contrasting yellow costal stripe and a pale straw hindwing. E.sororcula (Orange Footman) is orange-yellow, has an angulation in the costa at ~2/3 and flies May-Jun. E.caniola (Hoary Footman) has a pale grey forewing with a pale yellow costal stripe and a white hindwing. E.pygmaeola (Pigmy Footman) is small (fw 10-15mm).
Typical form 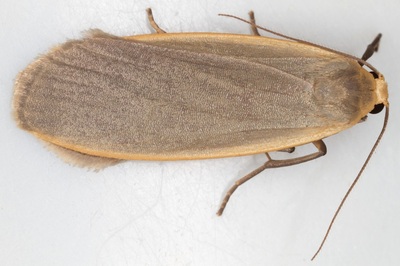 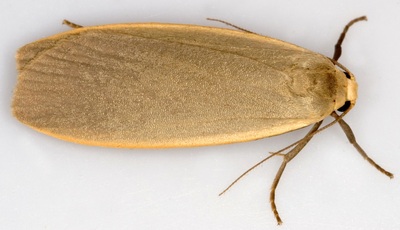 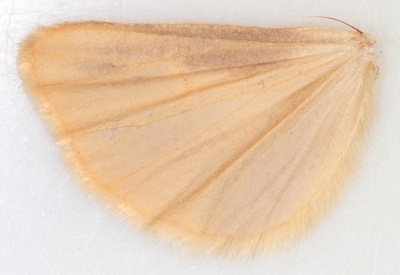 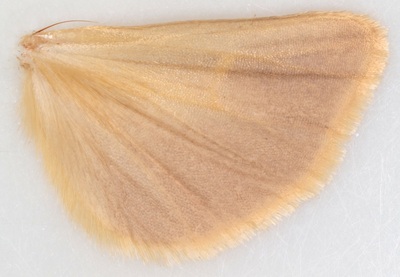 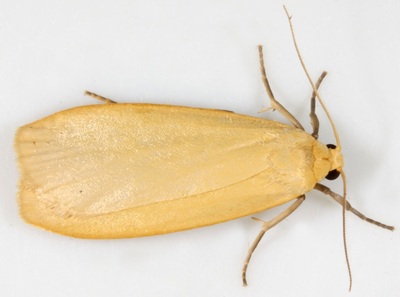 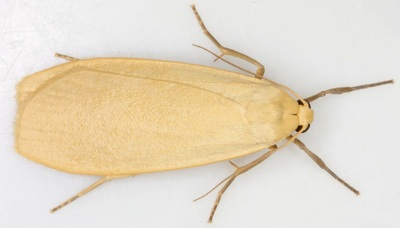 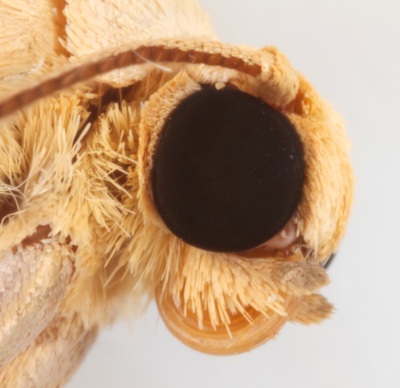 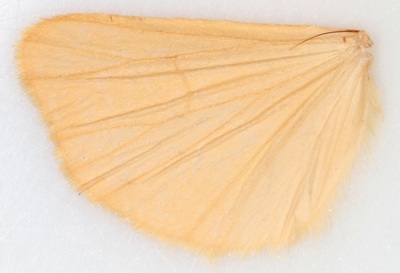 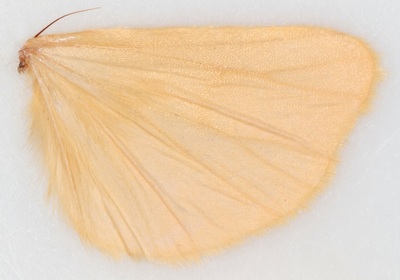 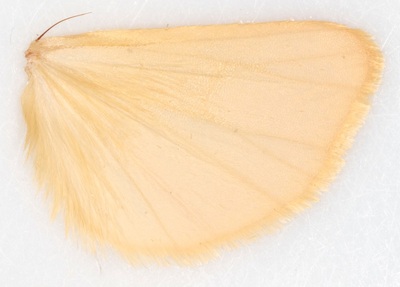 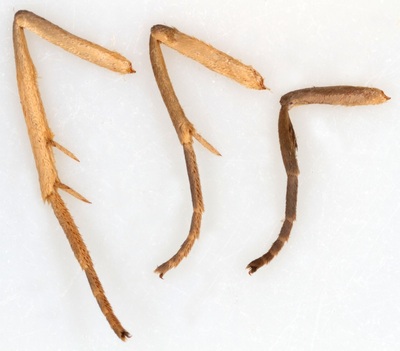 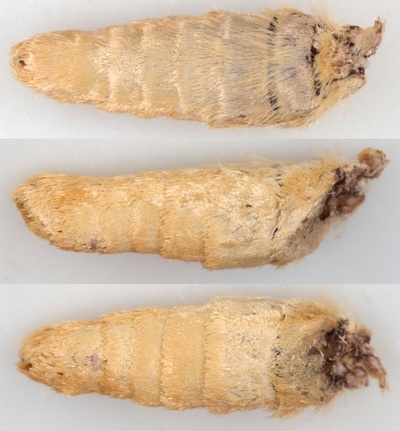 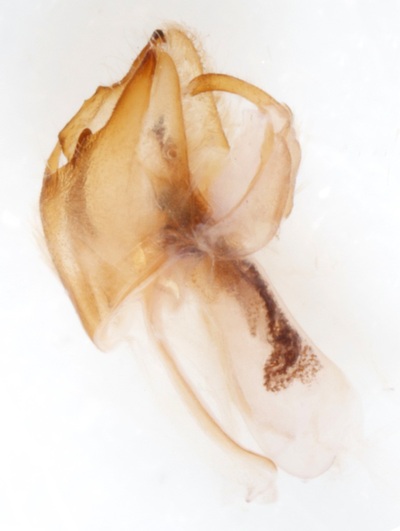 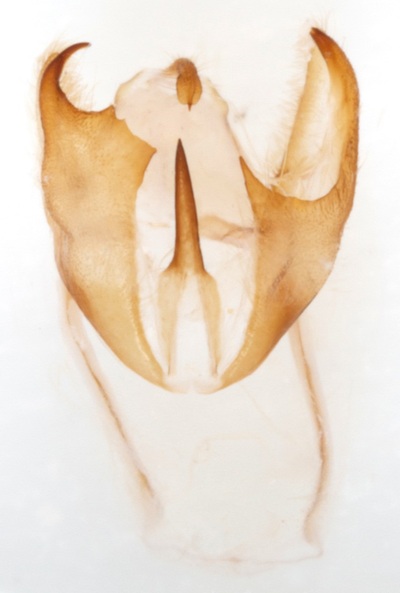 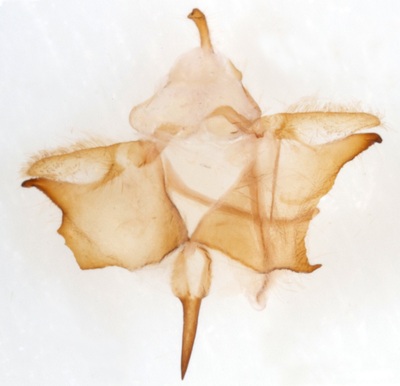 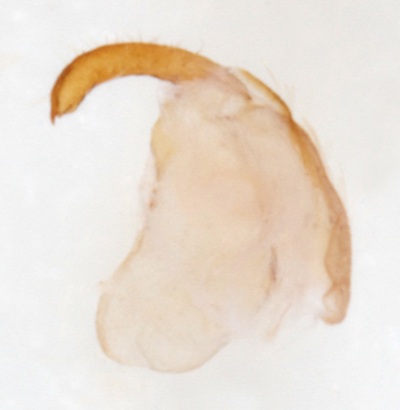 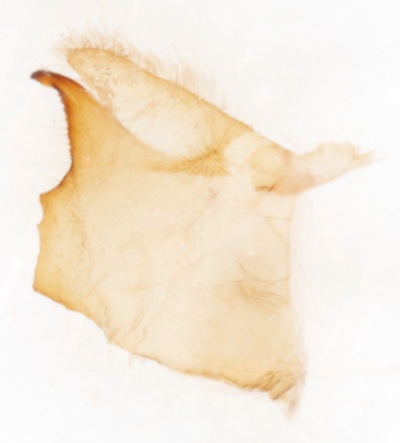 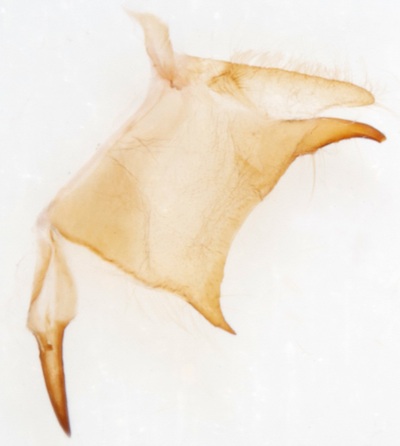 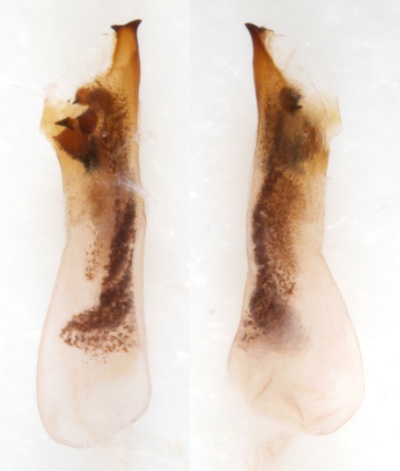 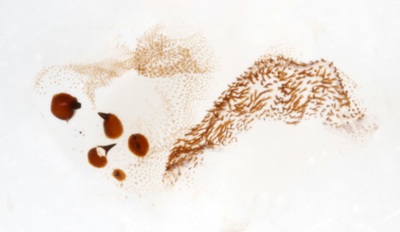