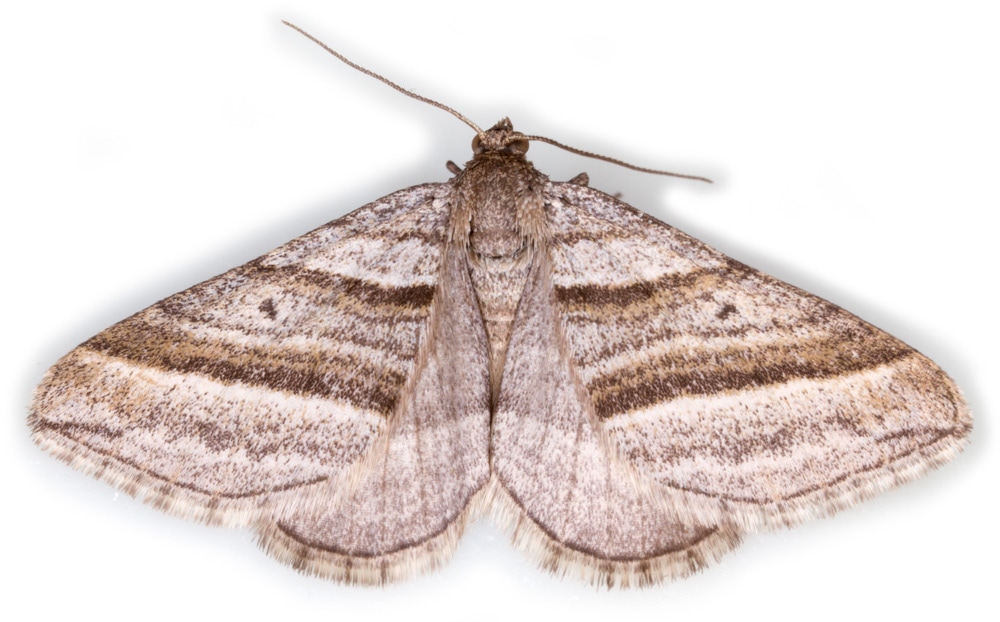 Phibalapteryx virgata (Oblique Striped) §2 male
ID: Dark-lined distal margin of median fascia reaches the costa and is separate from a weak short apical dash. In Orthonama vittata (Oblique Carpet) the apical dash is longer and stronger and connects with the dark post-median cross-line, which becomes much less well-marked between the point of junction and the costa. In Costaconvexa polygrammata (Many-lined) the apical dash is pale and the dark-lined proximal margin to the median fascia is obsolete between the central spot and the costa.
Male genitalia: Pierce refers to the transtilla being "divided, produced in two dentate curved arms". This structure looks more like a bifid gnathos and is strongly connected to the tegumen. However, I think Pierce is right - the image of the whole genitalia does show this structure immediately dorsal to the emergence of the aedeagus with the structure labelled as the anellus immediately ventral to the aedagus. This leaves the 'anellus' separated from the 'juxta' and I had thought these structures more or less synonymous. In this species the 'juxta' is connected to the proximal part of the sacculus and the anellus is connected to the distal part of the sacculus. The uncus is bilobed and has a long fine central filament. 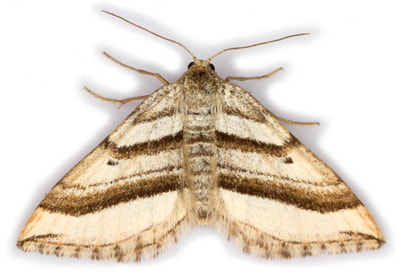 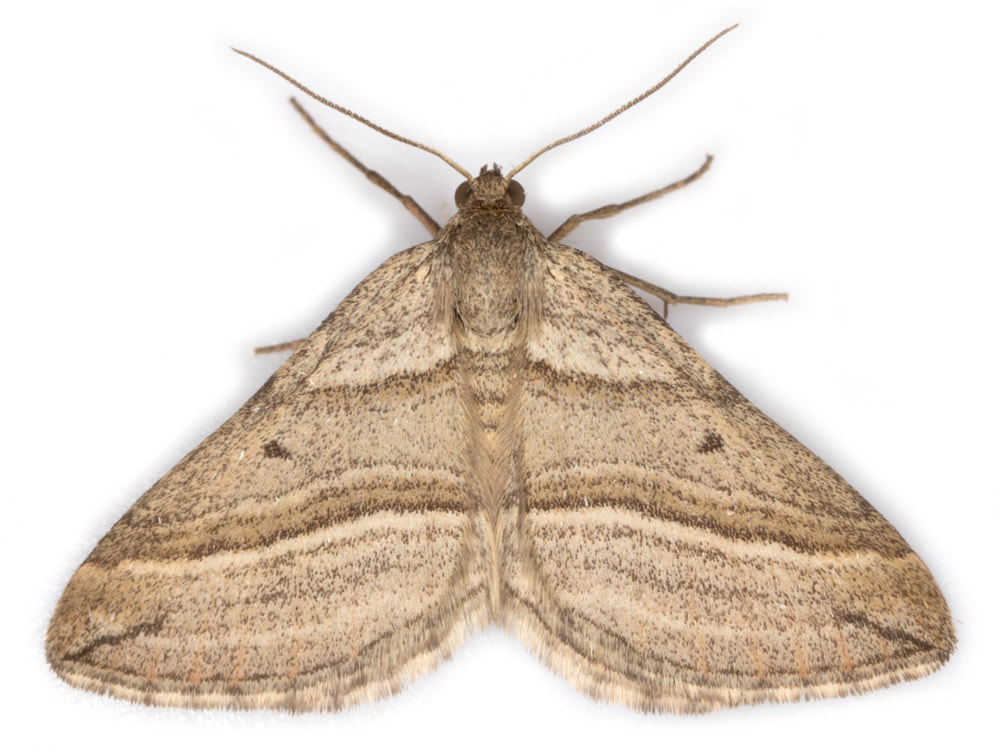 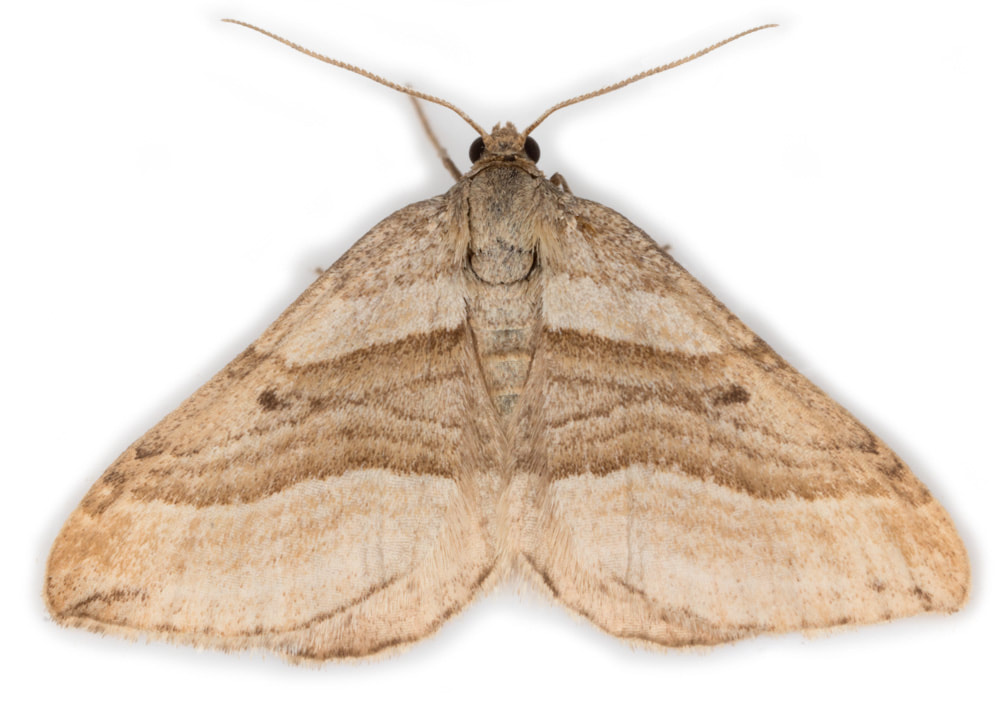 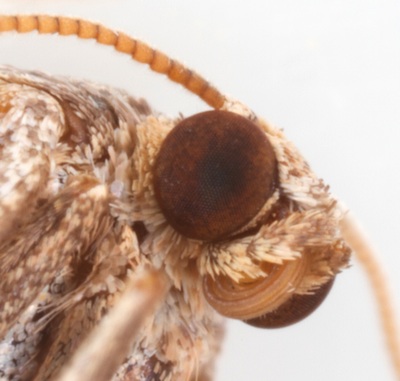 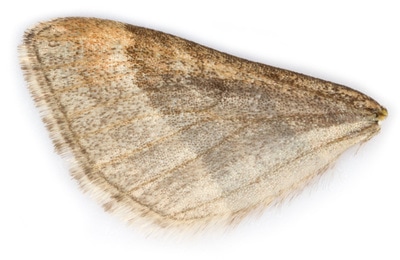 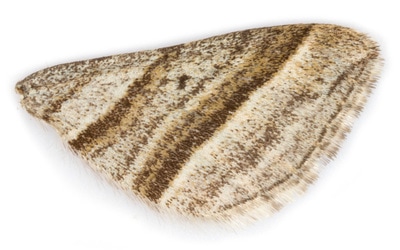 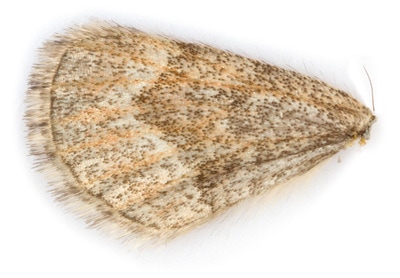 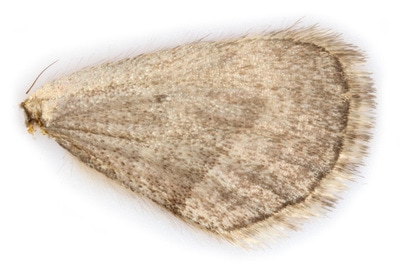 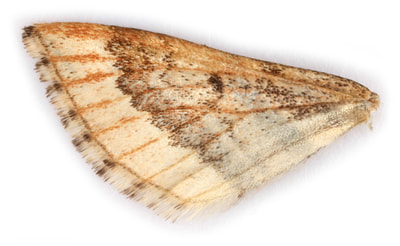 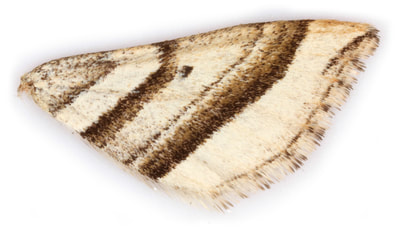 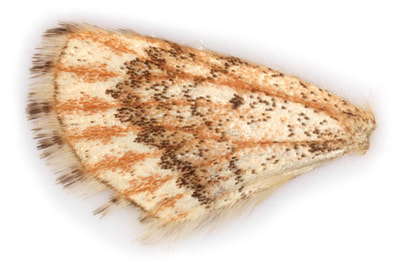 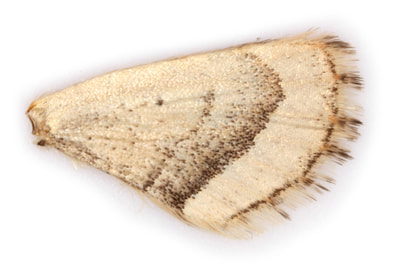 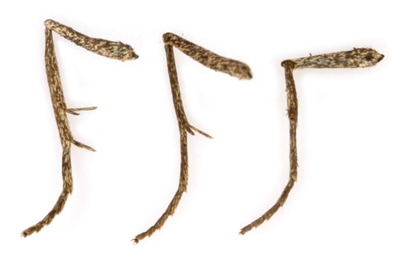 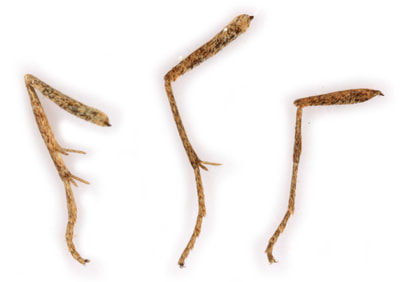 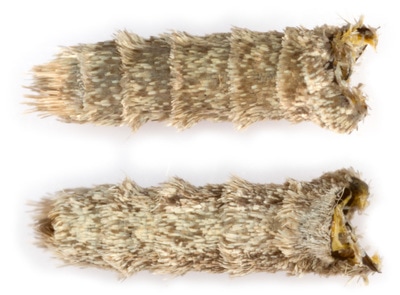 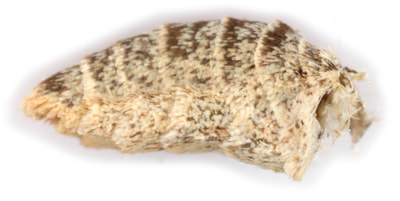 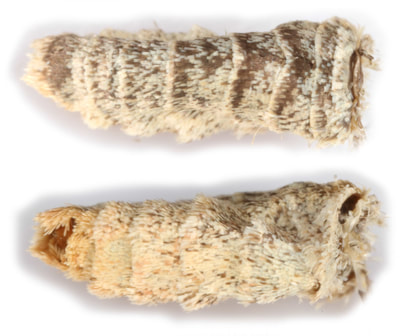 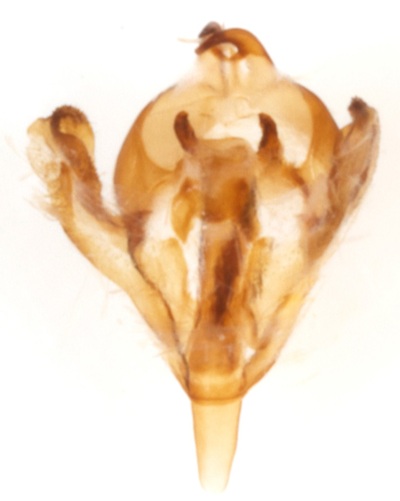 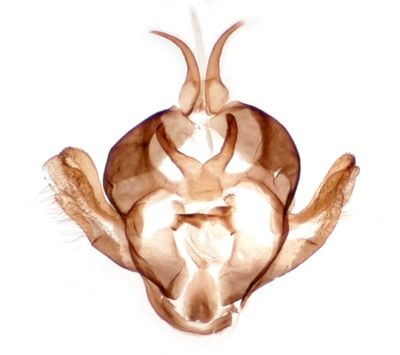 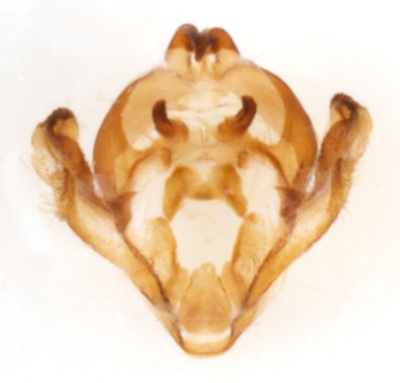 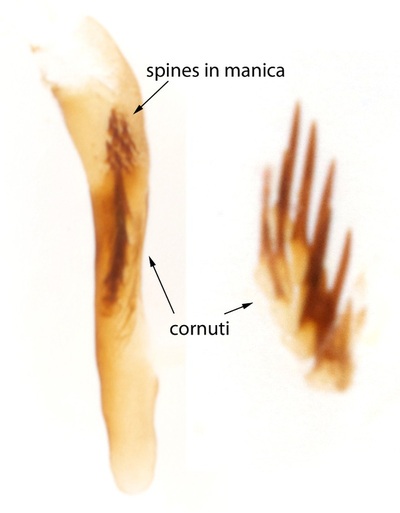 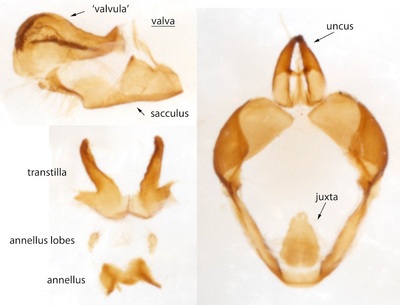 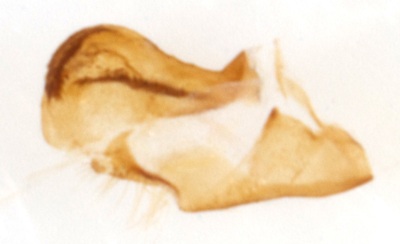 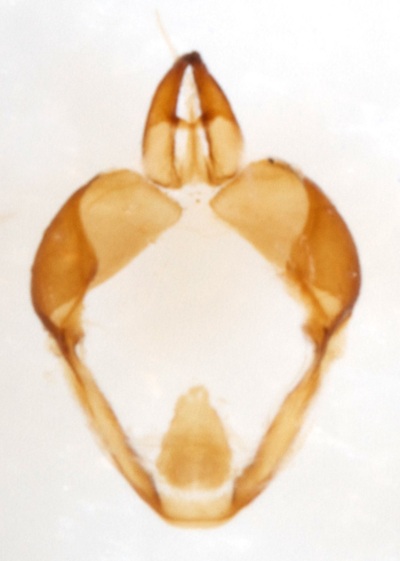 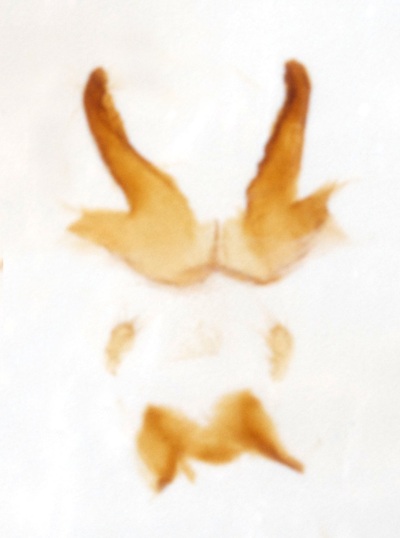 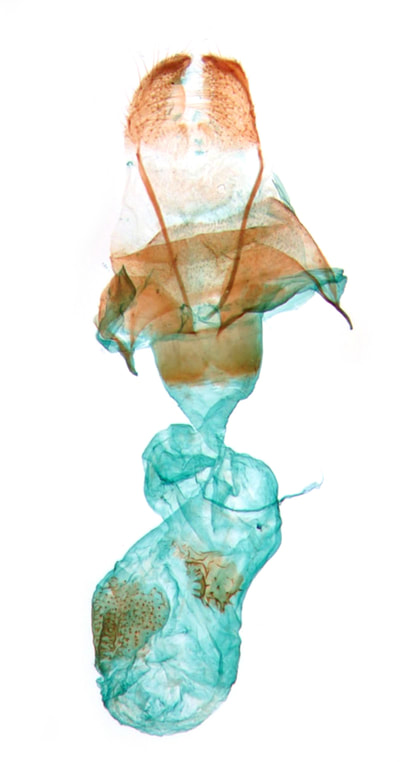 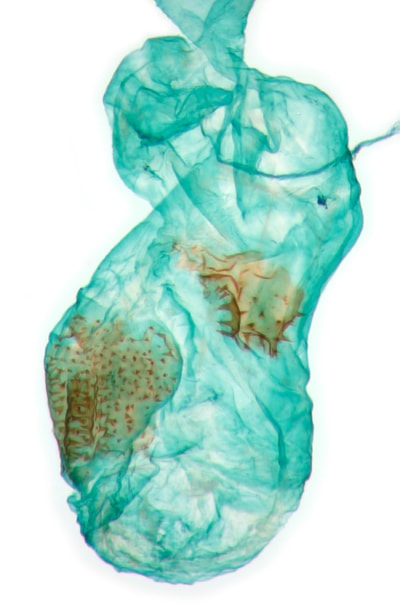