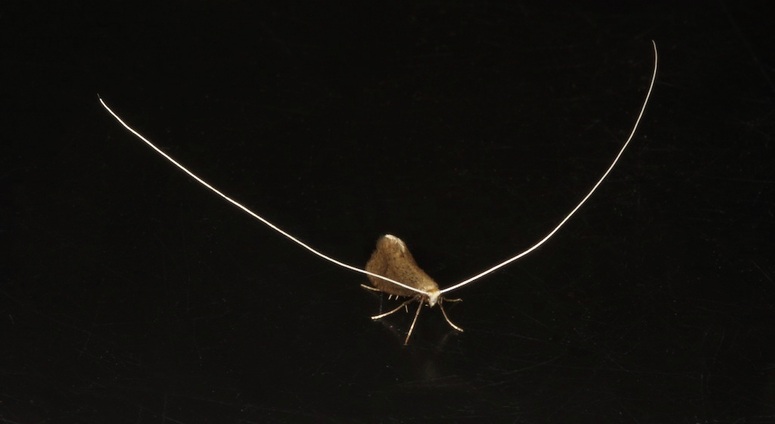 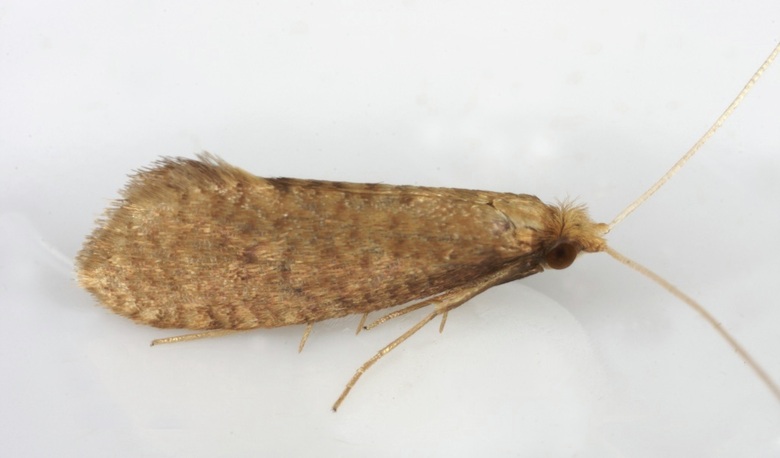 Nematopogon metaxella §1
ID: The 5 British Nematopogon species have unmarked ochreous forewings, The hindwings have broad and narrow scales. N.metaxella is characterised by having the narrow scales confined to the basal half of the hindwing - other species have the narrow scales more widespread. Specimen §1 was identified without the benefit of hw or genital examination. N.swammerdamella (ws 17-21mm) and N.magna (ws 17-18mm) are larger. N.pilella is a moorland species not found in E.Anglia. Compared with N.schwarziellus, N.metaxella has a more rounded fw apex with more prominent fw reticulation. Other features which differ between the two species in the descriptions given in MBGBI1 are - more prominent (or less indistinct) dark spot at distal end of discal cell of forewing; frons white in metaxella, head entirely ochreous yellow in schwarziellus; antenna white in metaxella, antenna white ringed ochreous below in schwarziellus; lower ws limit 14mm in schwarziellus. However, I have not found this group of differences to be at all convincing.
Male genitalia: (see N.swammerdamella for further info). Differences between Nematopogon species occur in the architecture of the apex of the valvae and in the the comb of bristles along its ventral border. N.schwarziellus has a small spine at the apex of the valva, absent in all other species. N.metaxella & pilella have a rounded apex to the valvae and in N.swammerdamella the apex comes to a point. N.schwarziellus/pilella/metaxella all have a long comb of bristles along the ventral border of the valva terminating distally close to the apex of the valva. In N.metaxella this comb appears to have a small interruption halfway in the image at dissection group, in the images at the Swedish museum of natural history website and in the images from my specimens, but this is not shown in the illustration in MBGBI1. There do not appear to be any clear differences between the male genital illustrations of N.metaxella and N.pilella in MBGBI1, but the image at the Swedish museum site does show the comb of bristles to be entire in N.pilella - so the small interruption seen in N.metaxella may be a valid distinguishing feature. In N.schwarziellus there is an additional short comb of bristles near the base of the ventral edge of the valva (absent in N.metaxella & pilella). N.swammerdamella has three relatively short combs of bristles the most distal of which terminates some distance from the apex of the valva. N.magna is shown at dissection group and at the Swedish museum - it also has a single comb of bristles, but this appears to be shorter than in N.metaxella/pilella/schwarziellus. The image at dissection group also shows the aedeagus of N.magna to have and apical spine perpendicular to the axis of the aedeagus.
Female genitalia: N.schwarziellus and N.metaxella are both shown at Moth Dissection. The key distinction on comparing these images is in the apex of the ovipositor which is acutely pointed in N.metaxella and squared off with a small central nipple in N.schwarziellus.

The females shown here have all been identified on the basis of the above distinction on examination of the female genitalia. However I would point out that MBGBI1 states that the narrow scales of the ♀ hindwing of N.metaxella are confined to <½ the wing area while in N.schwarziellus the narrow scales cover all the hindwing except for a marginal band of broader scales. On the basis if hindwing features ALL of these females would be N.schwarziellus and were identified as such until the current revision. For now I am assuming MBGBI1 is incorrect and that the genitalia do not lie.
<
> 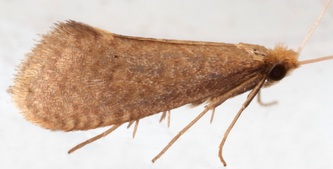 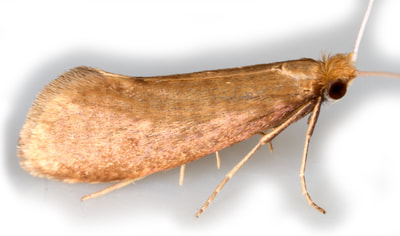 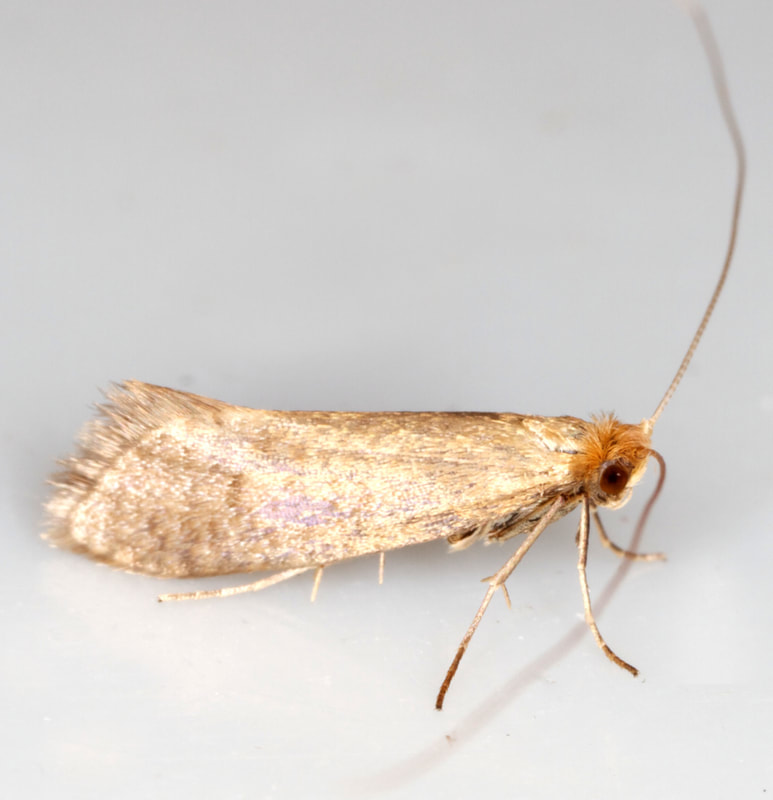 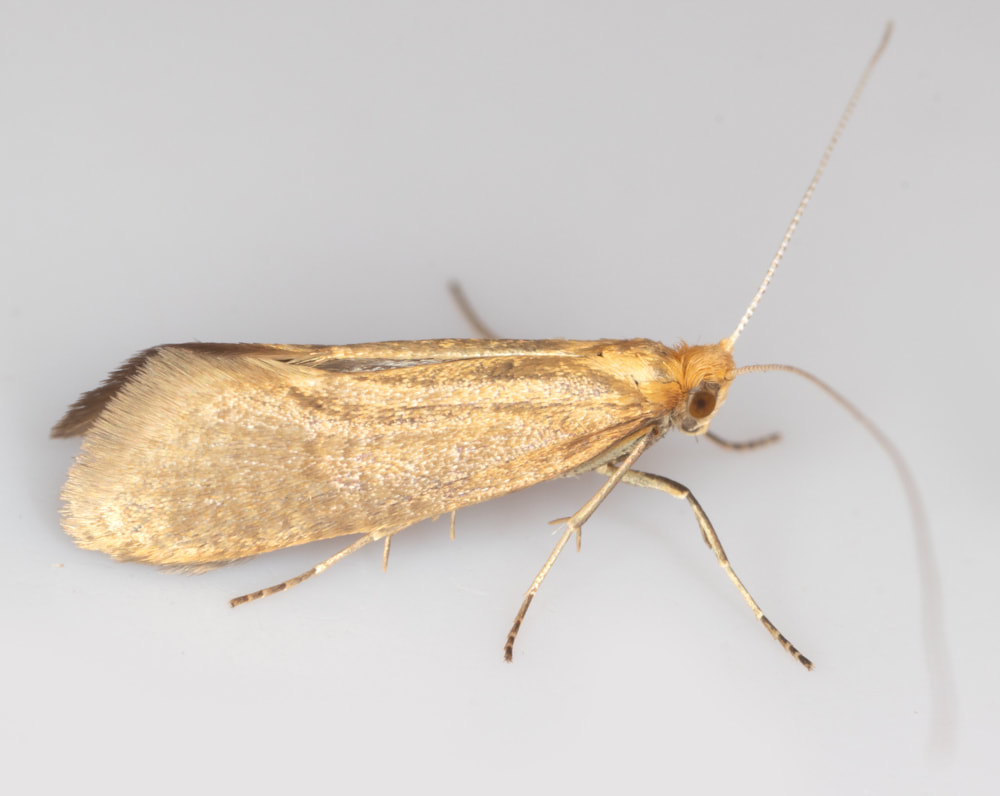 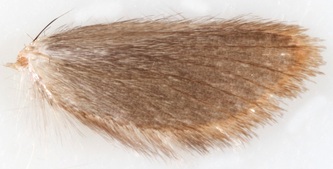 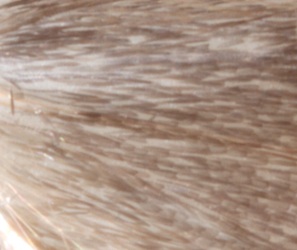 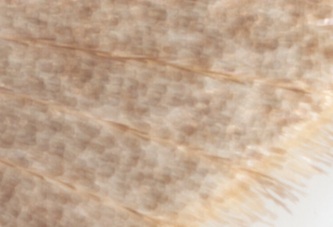 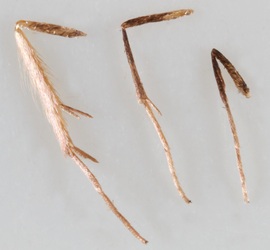 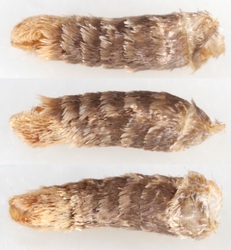 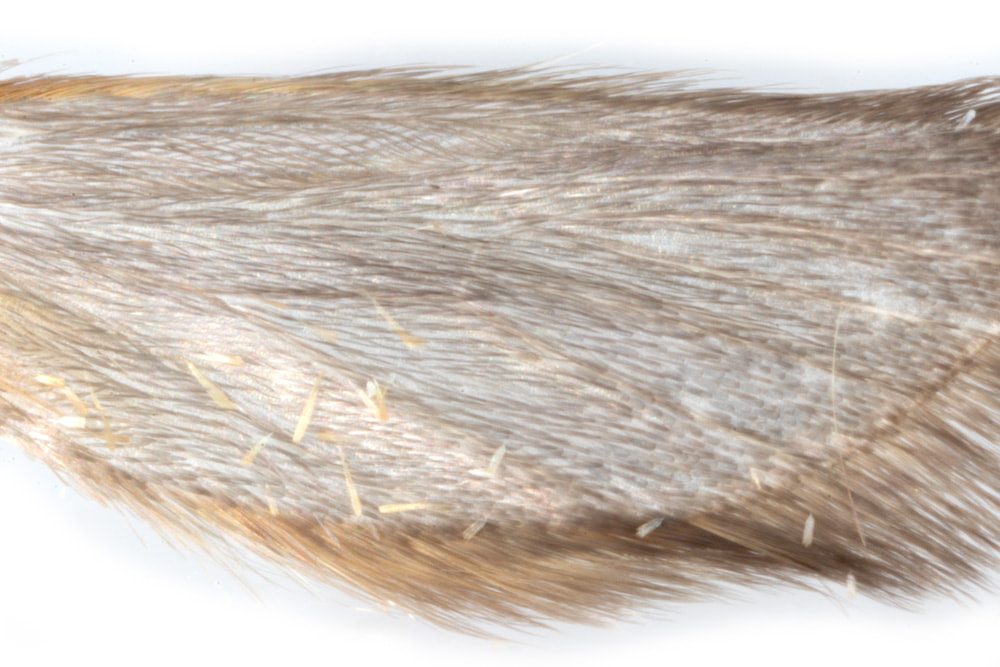 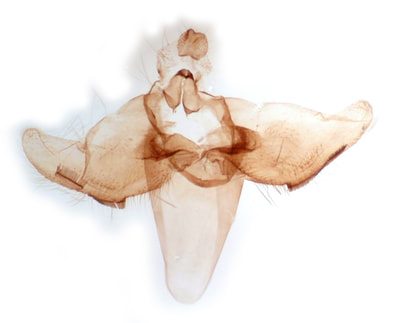 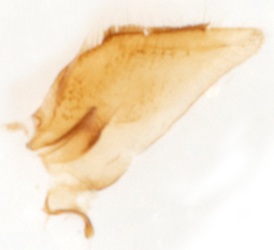 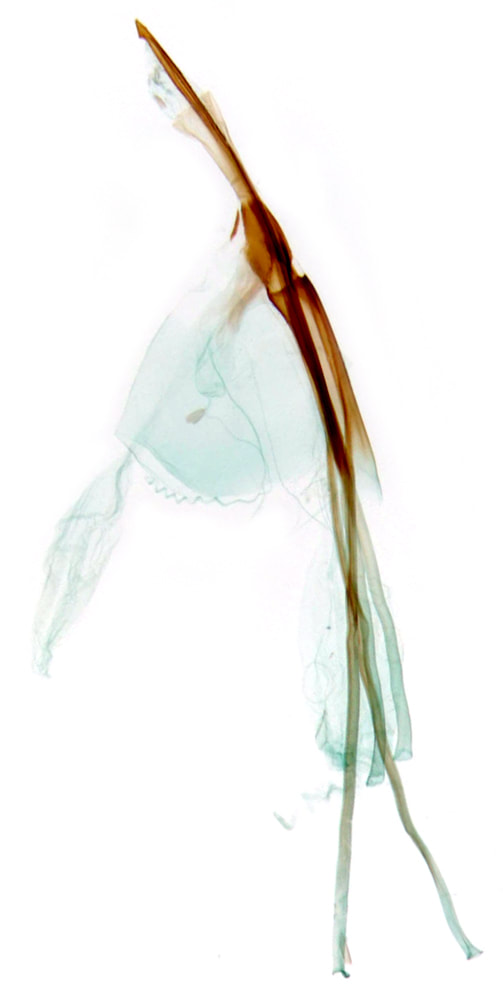