ws: 3.7-4.7mm; bivoltine May-Jun, Aug; field maple (Acer campestris) (Ref: Wikipedia); at the time of publication of MBGBI1 (1983) there had only been 2 British records, both in Kent. It has now spread at least as far as Worcestershire and there are several Essex records. 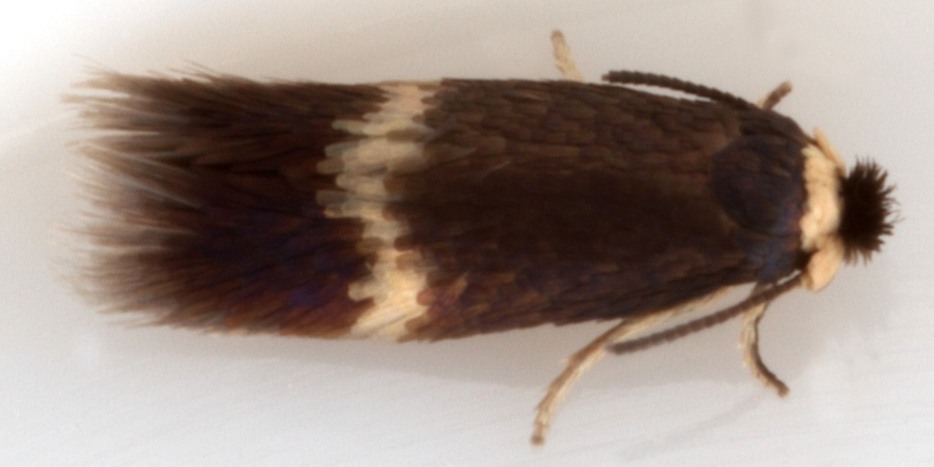 Stigmella aceris §1 female
ID: Using the key in MBGBI1 - Forewing with a pale fascia; terminal cilia not abruptly whitish; fascia well beyond middle of forewing; forewing without metallic scales at base of terminal cilia; without a broad brassy fascia in basal half of forewing - after which the key becomes difficult to use - and leaves 33 Stigmella species. According to the species descriptions only 4 of these species show a combination of black head and whitish collar: S.prunetorum, S.aceris, S.crataegella & S.malella. Female genital drawings of all four species (and many others) are shown at the Swedish Natural History Museum. Only S.aceris has an oblique band of spicules in the posterior half of the bursa copulatrix with a very 'clear' hyaline anterior portion of the bursa copulatrix beyond this band. This band is visible on the images below and the spiculate nature of it was visible microscopically. Nevertheless, until I gain further experience of this family, or find larval mines for this species on Foulness this identification is not certain.
Note the purplish reflections of the thorax which contrast with the brown forewing which also shows some degree of purple reflection.
Note also that the Norfolk Moths site also shows S.splendidissimella with a black head and white collar, but the collar of this species is described as fuscous in MBGBI1 - the genital drawing does not show a spiculate band.
<
> 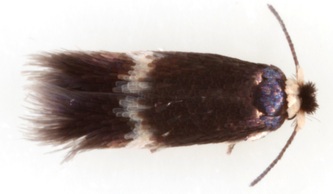 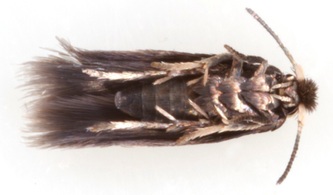 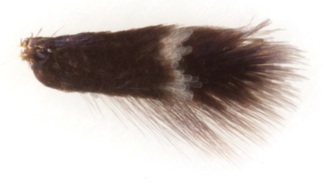 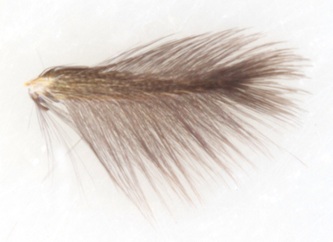 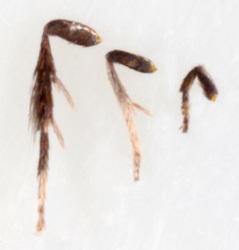 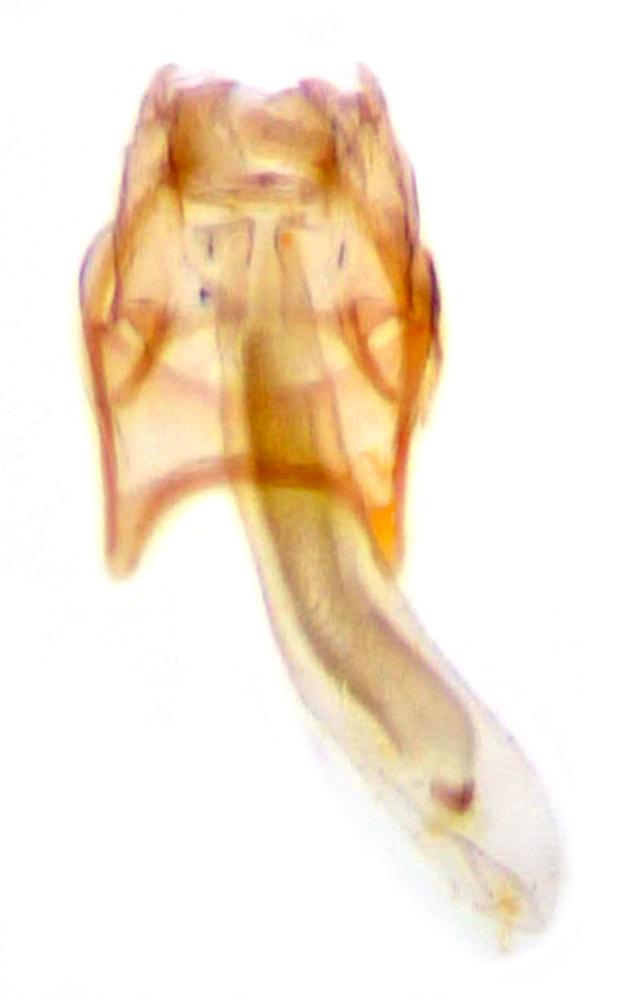 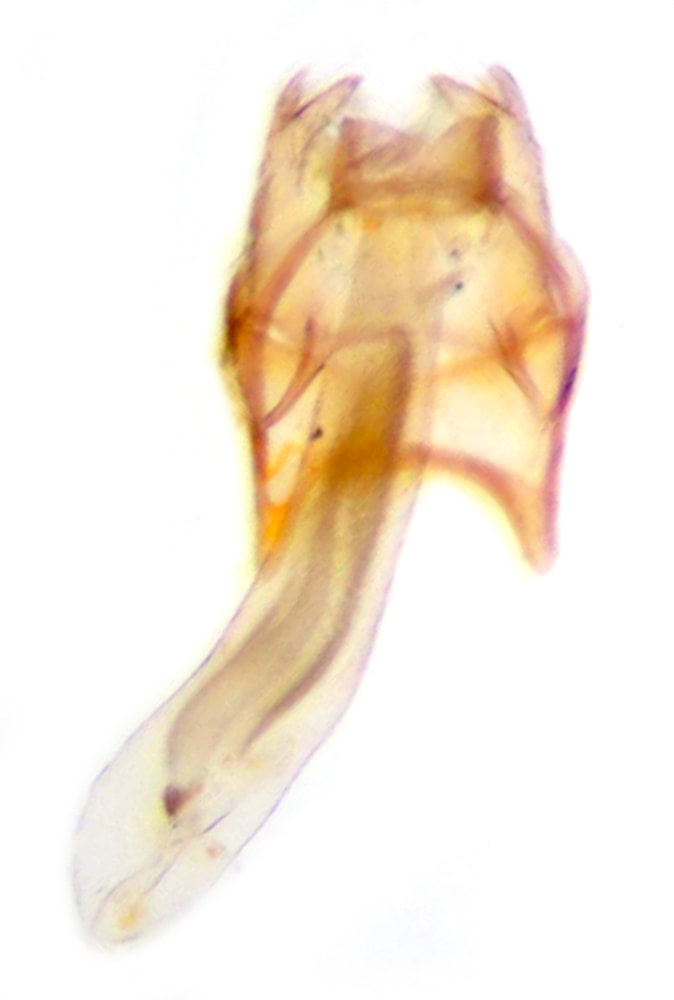 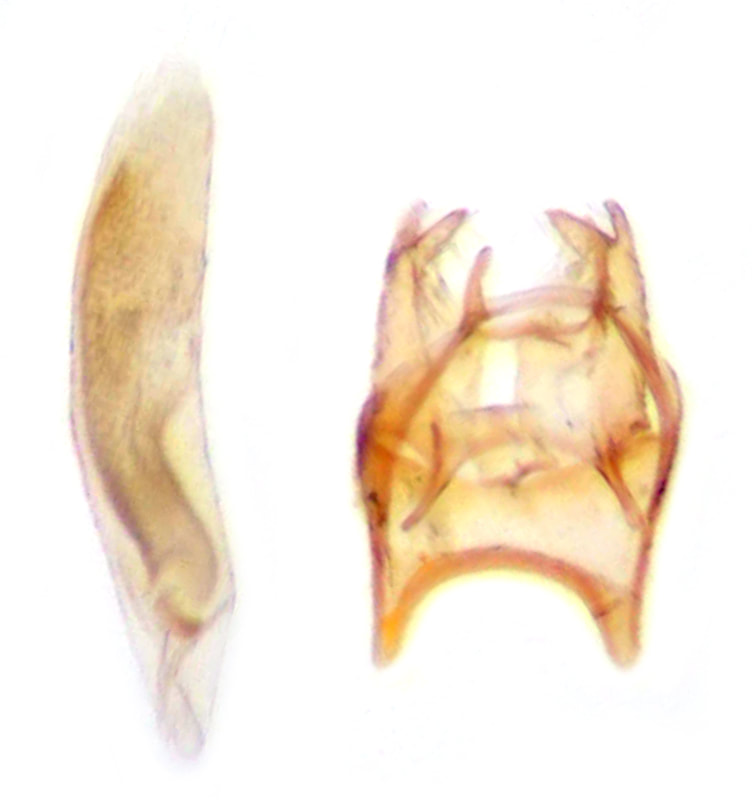 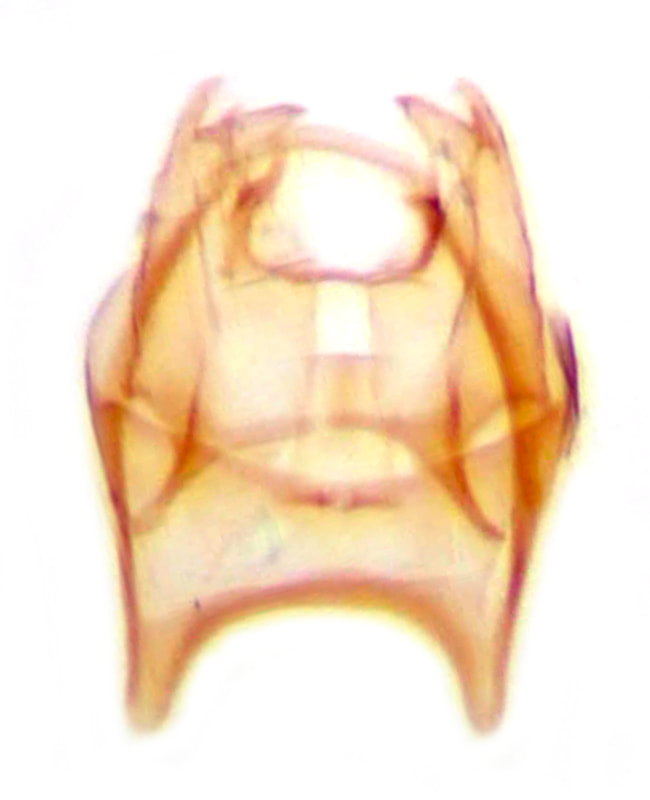 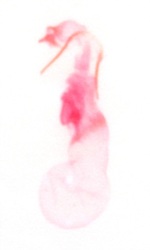