ws: 18-25mm; Jun-Jul; Daldinia concentrica (a fungus) growing on burnt gorse or young birch; NS-A - on burnt areas of heath in S.England from Surrey to Devon.
In Britain we have subspecies A.b.subcognata and not the nominate form. 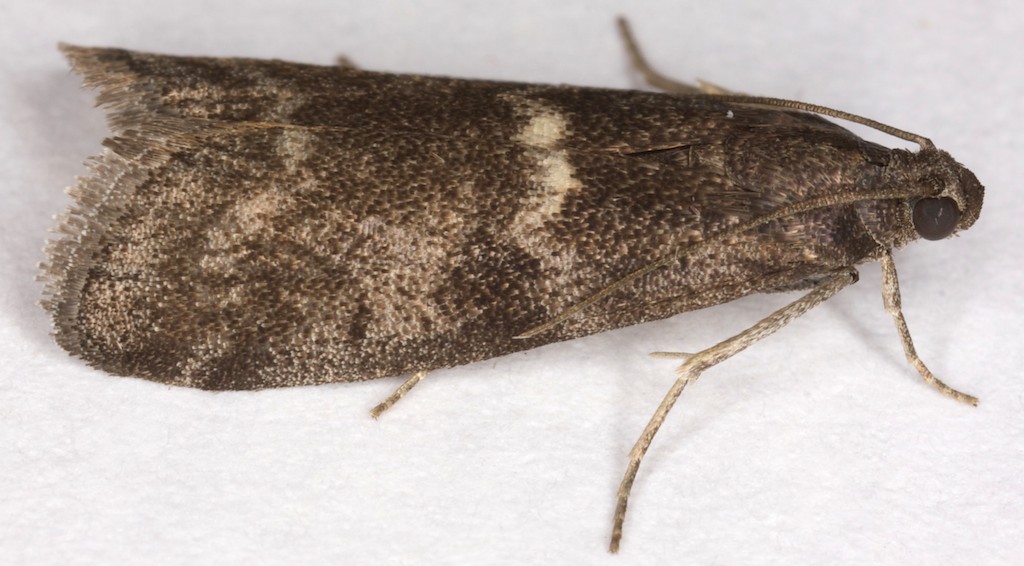 Apomyelois bistriatella §1 female
ID: Similar to Pyla fusca and Ortholepis betulae. All 3 are heathland species with similar flight periods.
The following features of A.bistriatella are said to distinguish it from P.fusca (expanded from Goater): 1. broader-winged; ratio of forewing length:width ~2.7 vs ~3.0. 2. first line whiter, particularly towards dorsum; in comparing web images it seems that A.bistriatella always shows a dorsal whitening of the first line and P.fusca sometimes does - so either this is not an absolute means of separating the species or some web images are incorrectly labelled. 3. first line curves onto dorsum; Goater doesn't make it clear how this is distinct from P.fusca and I am unconvinced that it is a useful distinguishing feature. 4. second line curves in middle towards termen, whereas it forms an irregular zigzag in P.fusca; again this is an unconvincing distinguishing feature when comparing web images of these two species. 5. hindwing more opalescent, versus translucent fuscous; comparative and unconvincing. 6. hindwing with more distinct border; comparative and unconvincing. 7. dark band in fringe of hindwing 1/3 width of fringe versus 1/5 in P.fusca; this should provide an absolute distinction, but since it is not visible on a live moth it would be sensible to confirm ID by genital dissection.
O.betulae can be more readily distinguished by the presence of a prominent scale-tuft just proximal to the first line.
Female genitalia: A.bistriatella has a distinct, discrete, rounded signum. It is not clear from images at dissection group whether P.fusca has a signum at all, but if it does it it is not distinct, discrete or rounded. The apophyses posteriores are ~equal in length to the apophyses anteriores in A.bistriatella while in P.fusca they are ~2x longer.
<
> 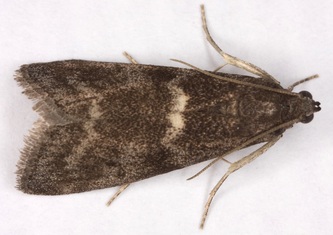 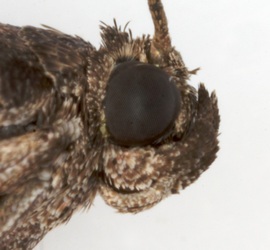 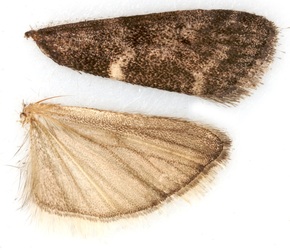 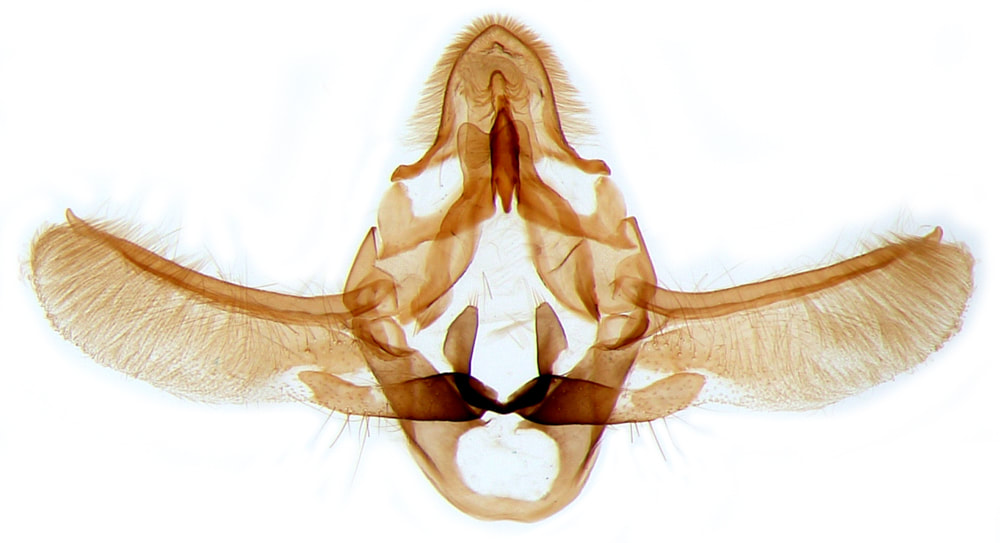 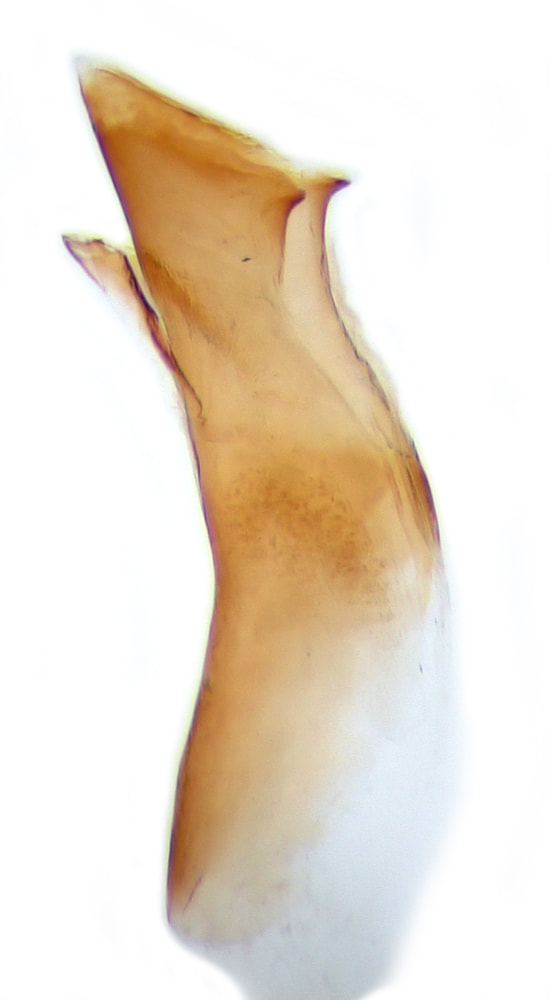 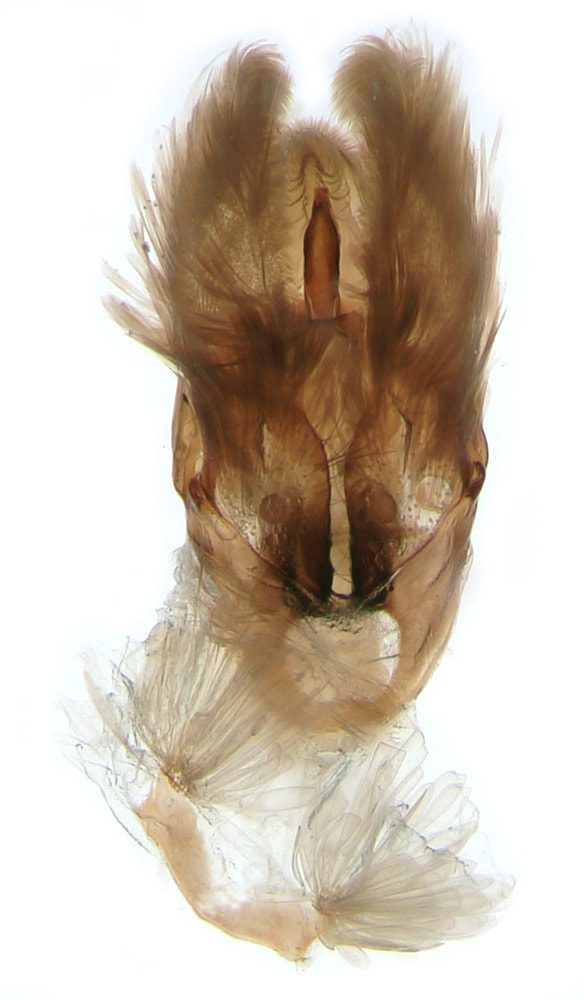 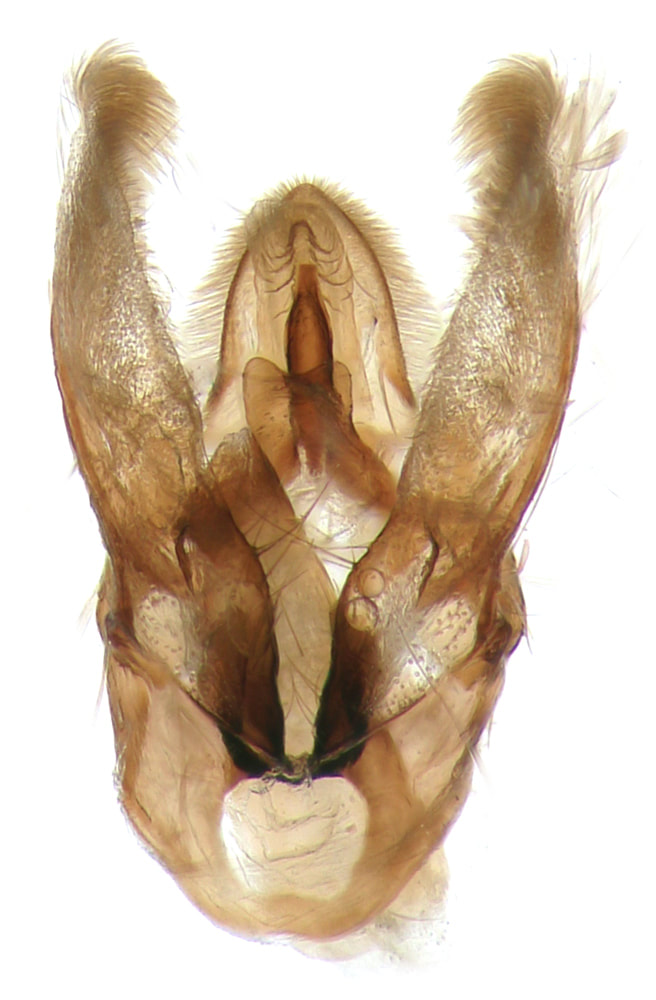 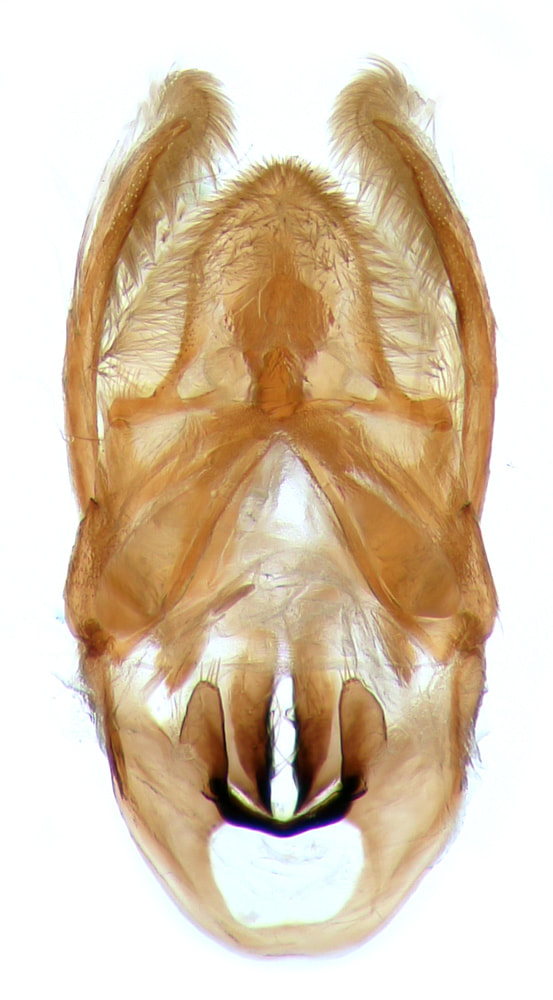 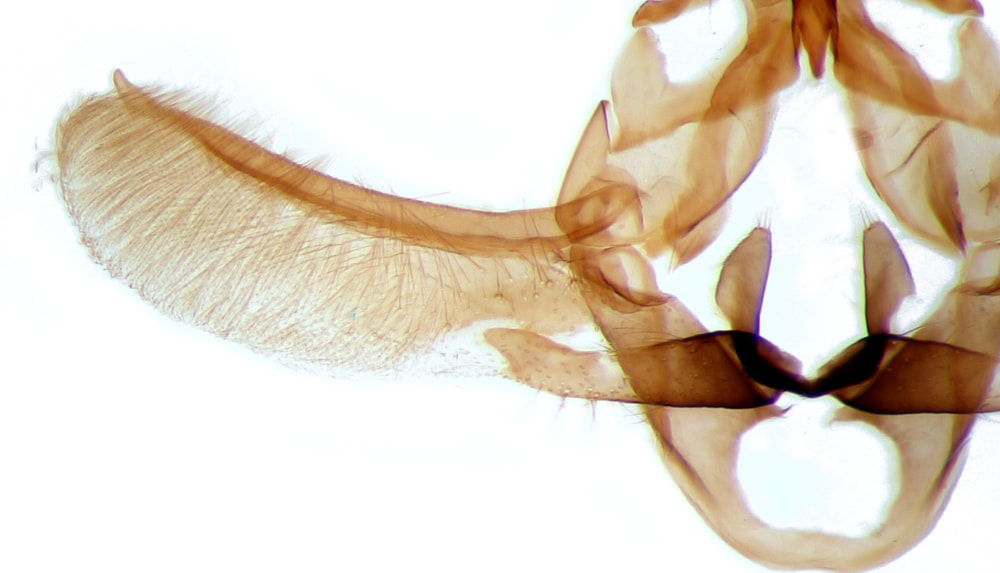 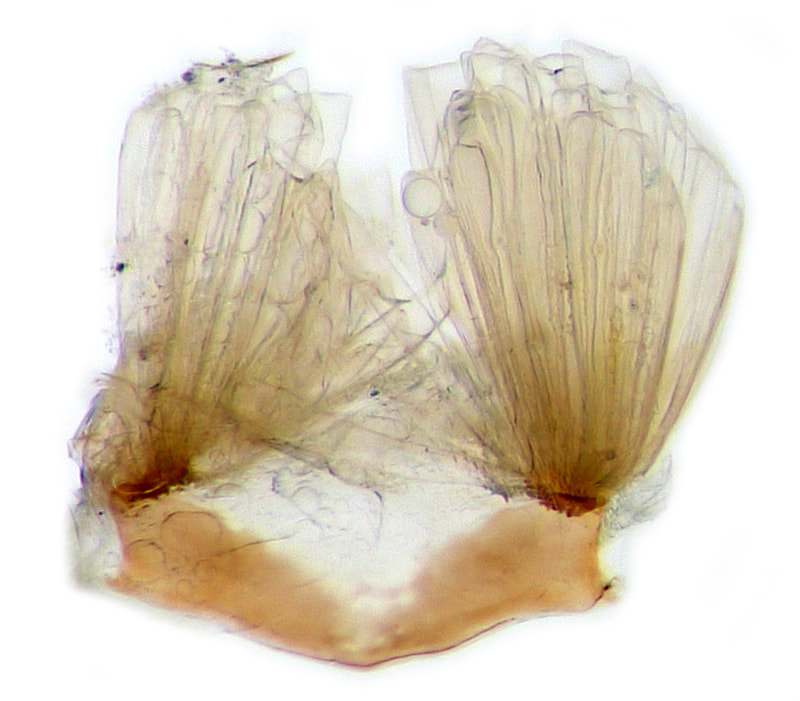