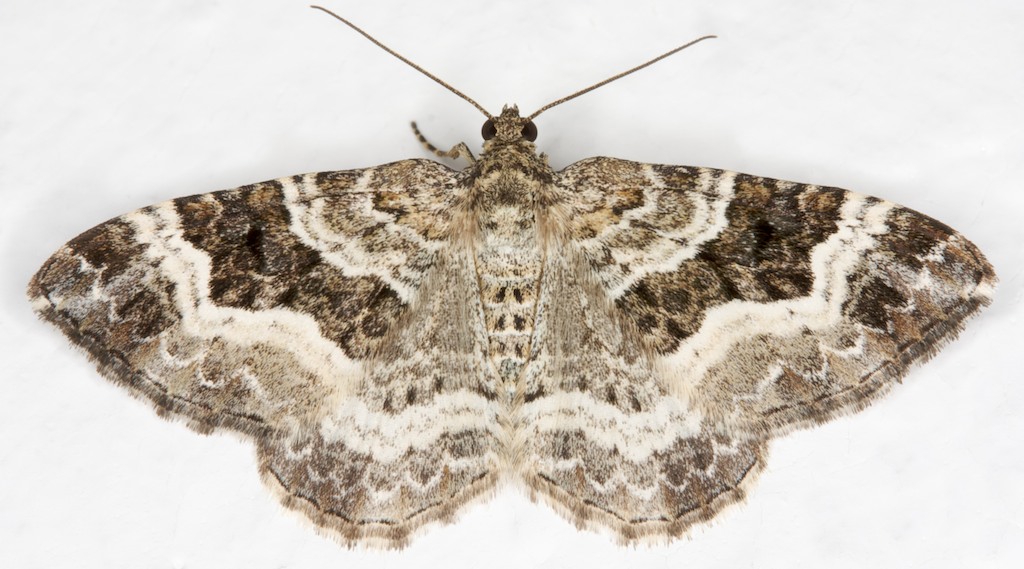 Epirrhoe alternata (Common Carpet) §3
ID: Variable. The white band distal to the central forewing cross-band has a narrow grey line running through it and this band 'continues' onto the hindwing. In E.rivata (Wood Carpet) the grey line through the white band is very faint on the forewing and absent on the hindwing. E.galiata (Galium Carpet) has a more concave costa and a broader central cross-band, generally with a narrow brown band on both its proximal and distal margins. Euphyia unangulata (Sharp-angled Carpet) has a more prominent angular projection from the distal margin of the central cross-band and a very faint line through the white cross-band.
Male genitalia: There are no consistant differences between E.alternata and E.rivata 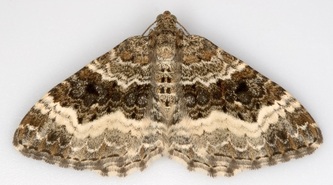 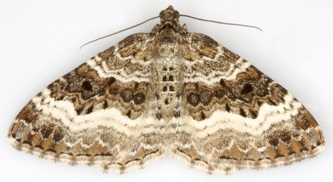 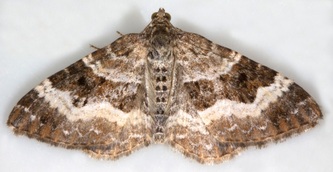 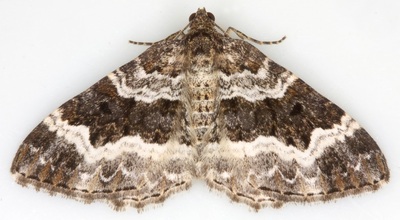 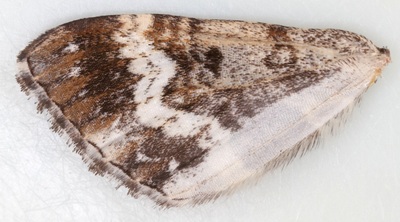 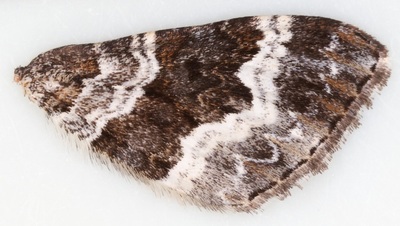 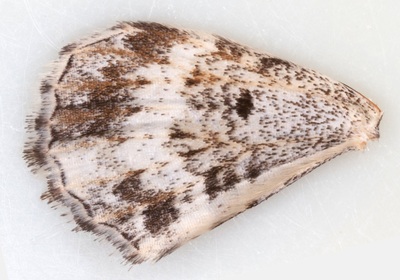 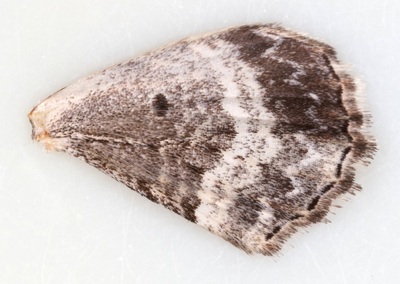 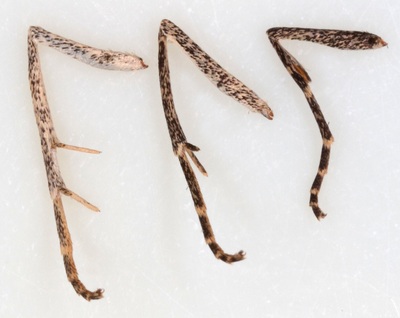 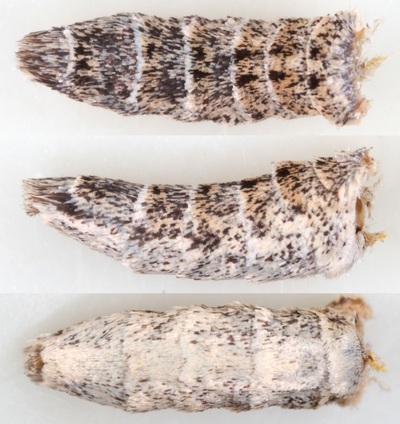 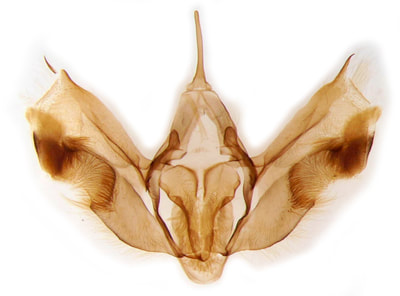 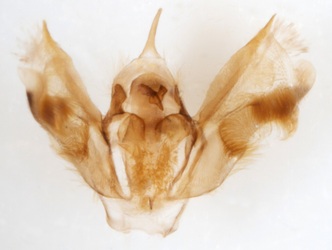 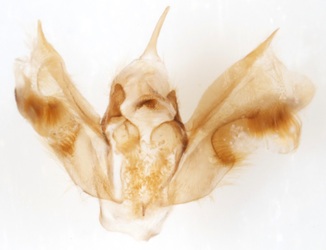 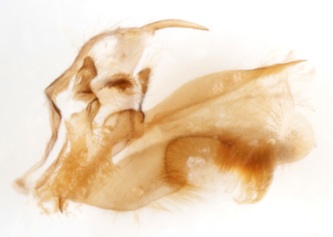 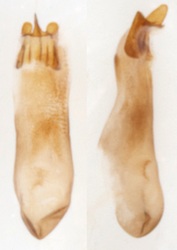 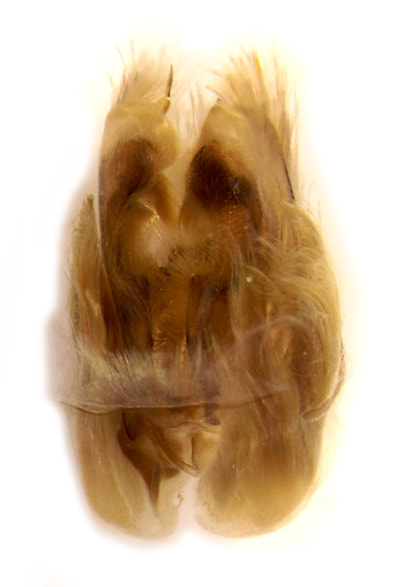 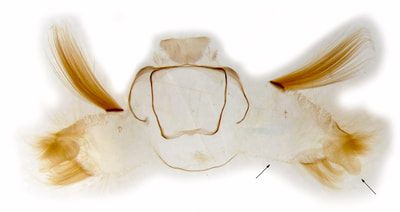