Eucosma metzneriana §2 male
ID: Labial palps whitish*, head, thorax and tegulae white*. Forewing ground colour white with the distal third suffused pale olive-grey; apex with termen at 70-80° to costa; 4 pairs of white strigulae on distal half of costa; ocellus weakly developed, whitish with a few black spots; basal fascia represented by a variable weak suffusion of the dorsum only; subbasal fascia well-developed as an oblique band angled towards the base from mid-wing to dorsum, obolete costally; median fascia distinct in its costal half, narrow, extending obliquely towards the tornus, becomes indistinct as it merges with the apical suffusion; pretornal marking forms a diffuse semi-elliptical dorsal patch. Hindwing described in BTM as blackish-grey with cream-white cilia - §1 shows more of a brown colour which is also seen in some web images of relatively worn specimens.
Varies in strength and extent of black suffusion of fasciate markings. Some web images also show the white ground colour to be suffused brownish, but this is not mentioned in BTM or MBGBI5.2
E.lacteana is similarly whitish and with a weak ocellus but is smaller (fw 6.5-8.0mm, ws 14-17mm) with less well-developed fasciate markings and lacks the pretornal patch. E.pupillana is smaller (fw 7-9mm, ws 15-19mm) and has a well-developed ocellus, a more strongly marked and complete median fascia and its subbasal fascia is parallel with the median fascia.
* MBGBI5.2 gives the labial palps as white and the head, thorax and tegulae as grey tinged with olive - most web images of this species show a pale brownish tinge to the lateral aspect of the palps (as in §1); most web images show the head, thorax and tegulae to be white, none show them to be grey-olive.
Male genitalia: Illustrated in MBGBI5.2 fig267 and a good image with comparators is available at the Swedish Museum of Natural History, not shown at Dissection group. The illustration in MBGBI5.2 shows the valval shape accurately, but incorrectly shows the aedeagus without a cornutal bundle. E.lacteana (which also has a cornutal bundle that is not illustrated in MBGBI5.2) has a more angulate ventral margin to the valva with a deeper ventral emargination and a more produced apex to the cucullus. E.pupillana has a very deep emargination of the ventral margin of the valva such that the neck is very narrow. See Eucosma for more information.
<
> 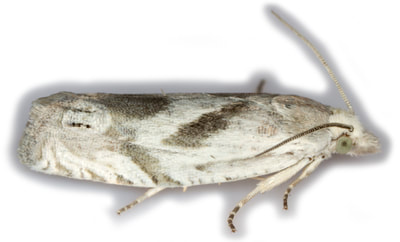 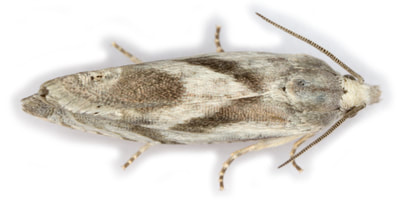 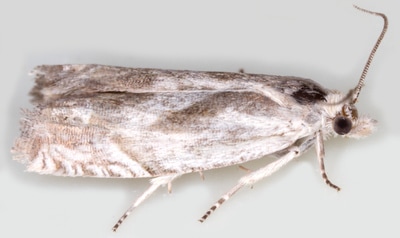 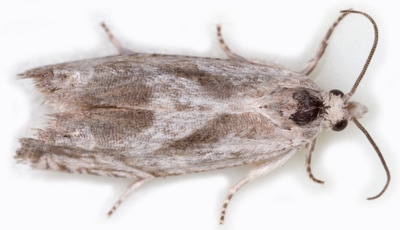 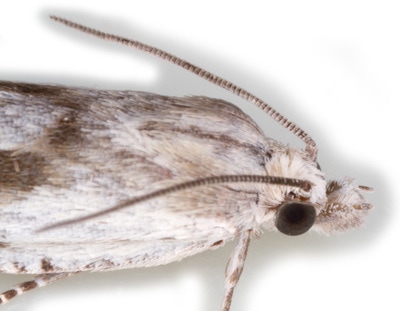 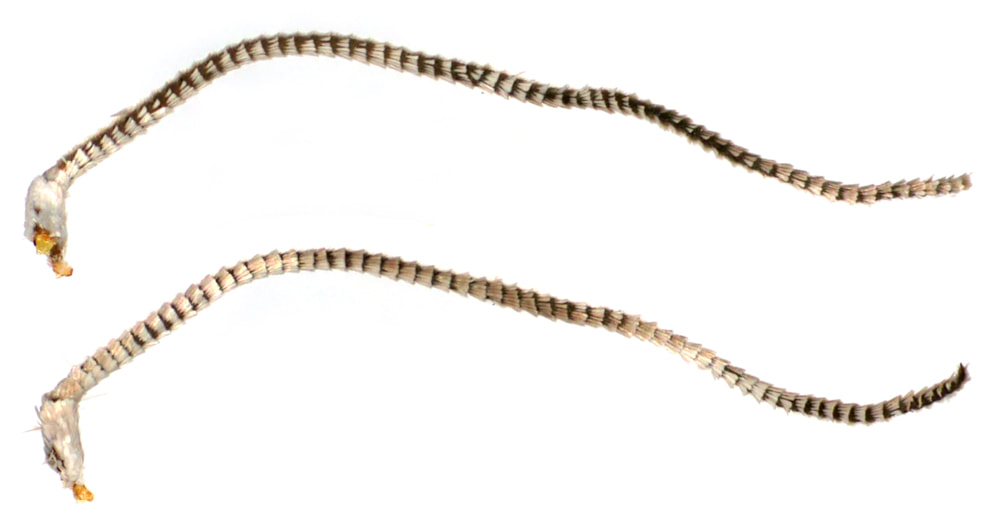 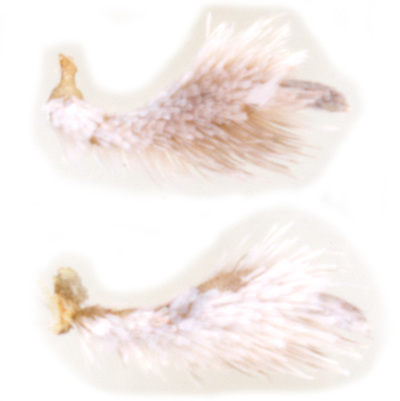 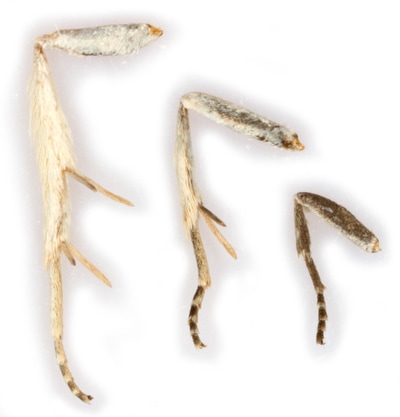 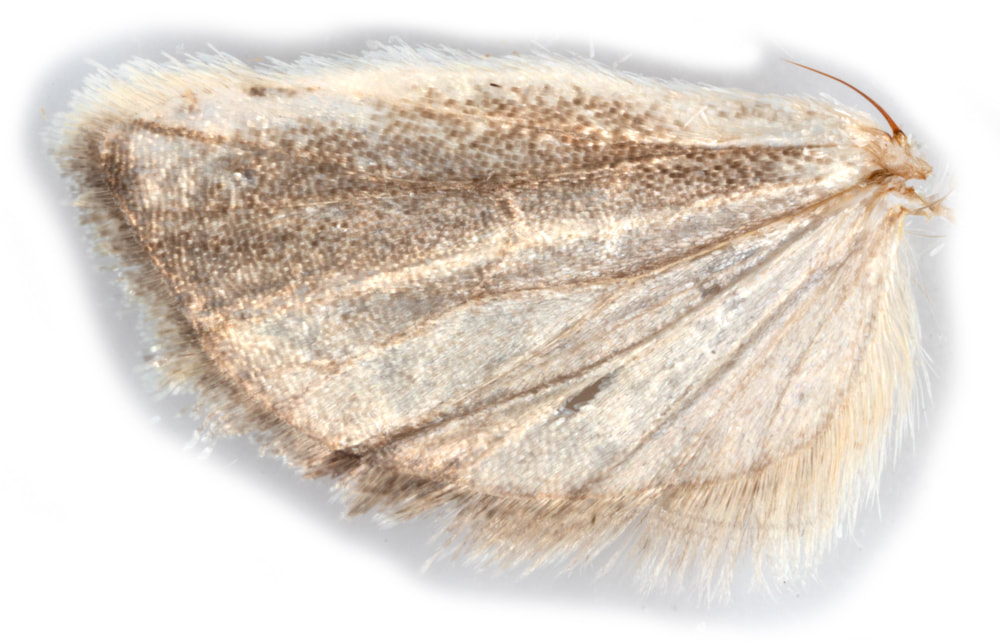 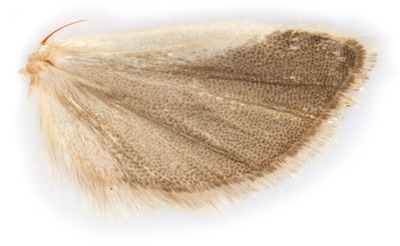 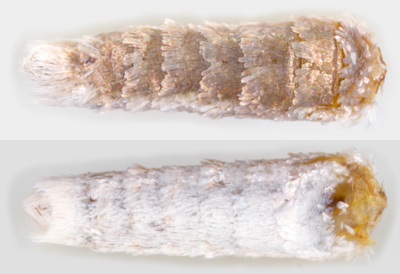 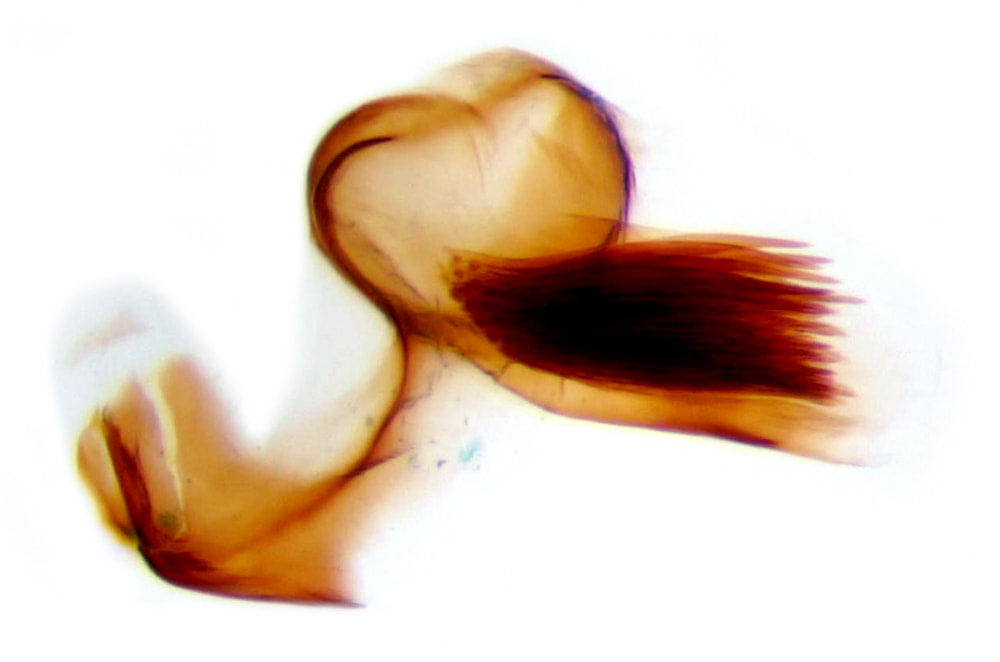 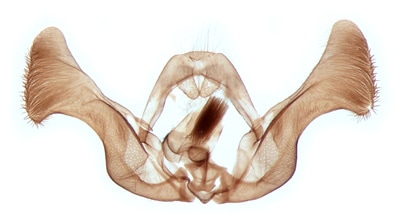 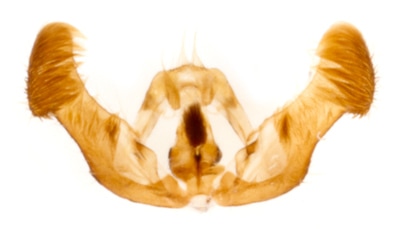 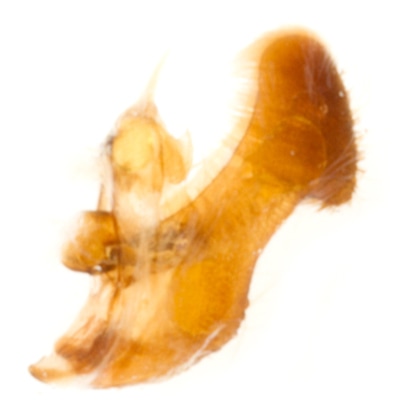 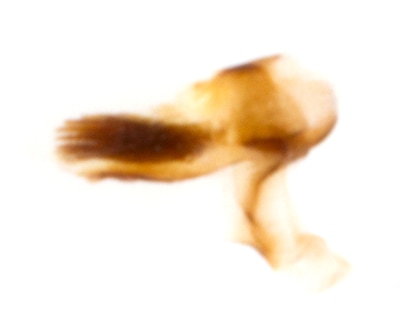 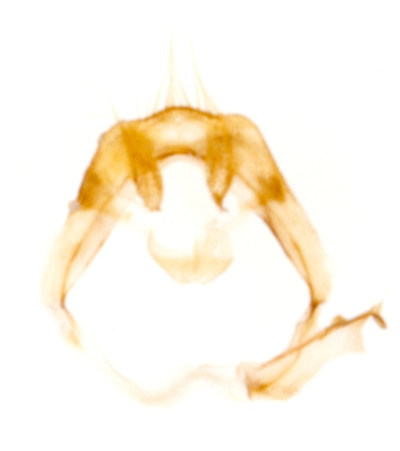