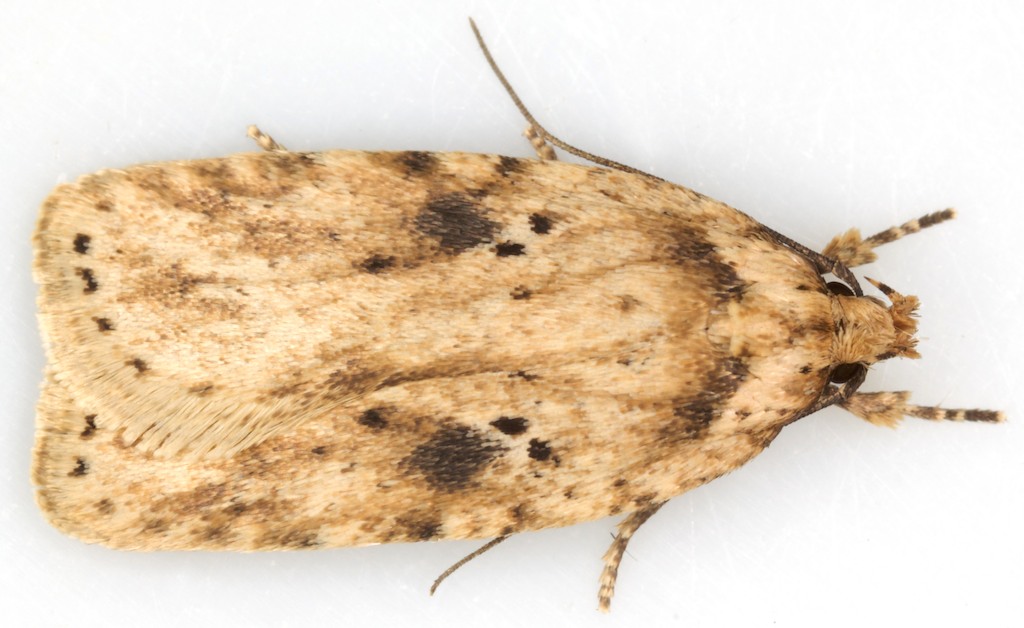 Agonopterix arenella §7 male
ID: from key in MBGBI4.1: Forewing not dark purplish or crimson-brown, without white dot in disc; foreleg with tibia and tarsus buff brown (not uniformly dark fuscous or black on upper aspect); S3 of labial palps with dark markings, including black or fuscous tip; apical half of fw terminal cilia not contrastingly pink to purplish-brown; fw with black or cloudy fuscous blotch in disc at 1/2, (not at 3/5 and not extending towards tornus); fw underside with fuscous discal area contrasting strongly with buff border; fw with fuscous line near base from dorsum to ~half way across wing > A.arenella/propinquella.
These two are distinguished in the key by: fw buff, irregularly suffused brown, with a short fuscous streak near termen along V6 = A.arenella vs fw evenly suffused brown, without streak along V6 = A.propinquella 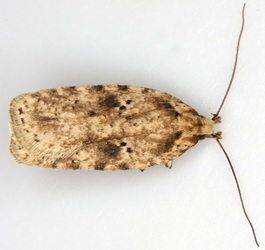 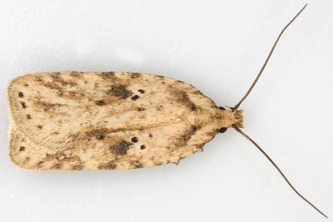 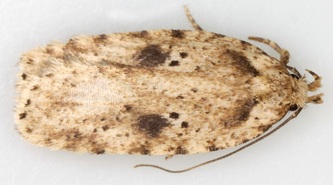 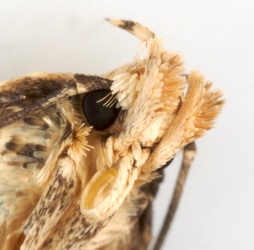 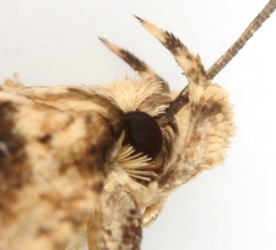 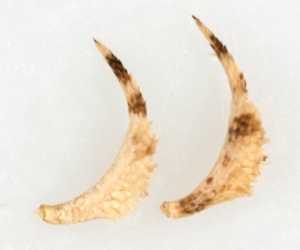 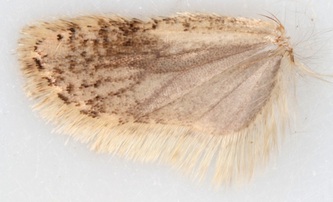 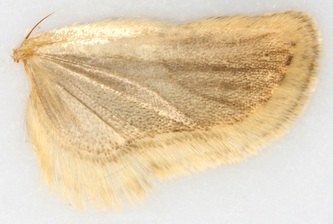 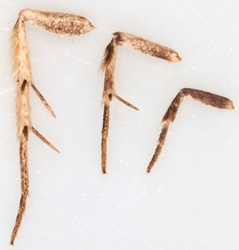 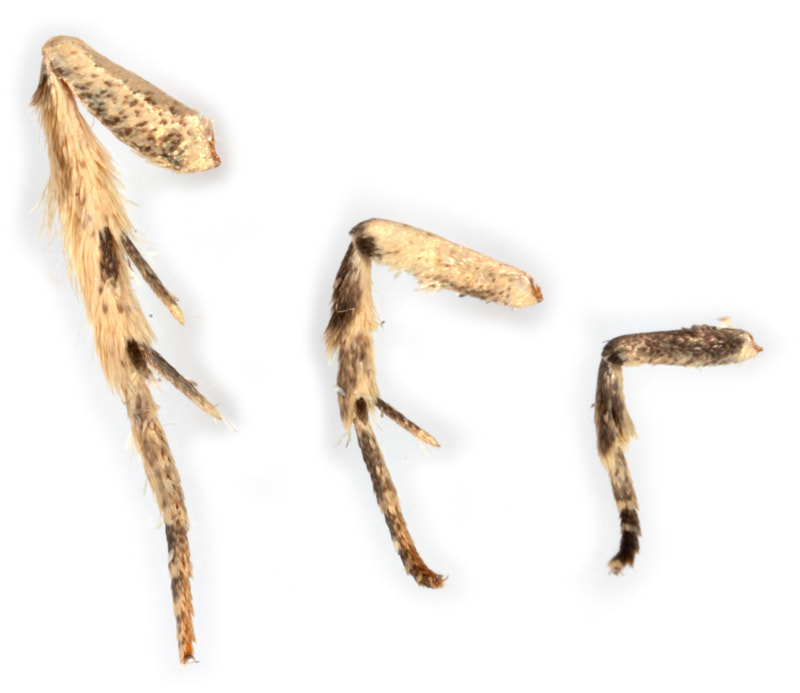 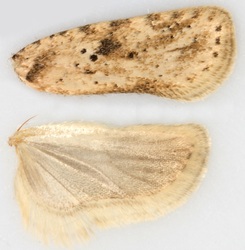 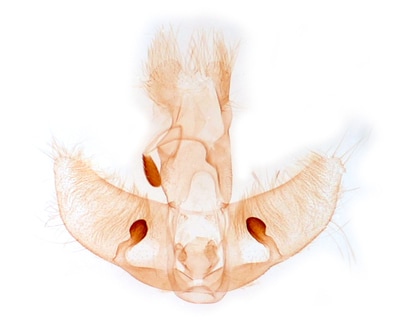 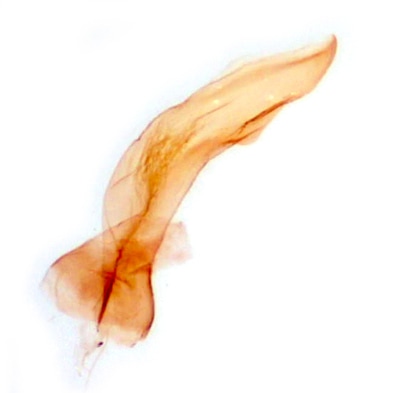 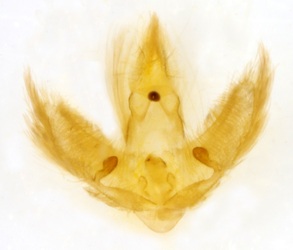 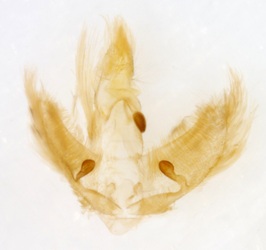 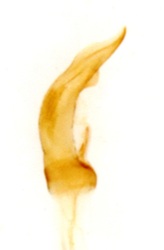 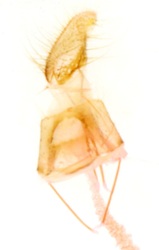 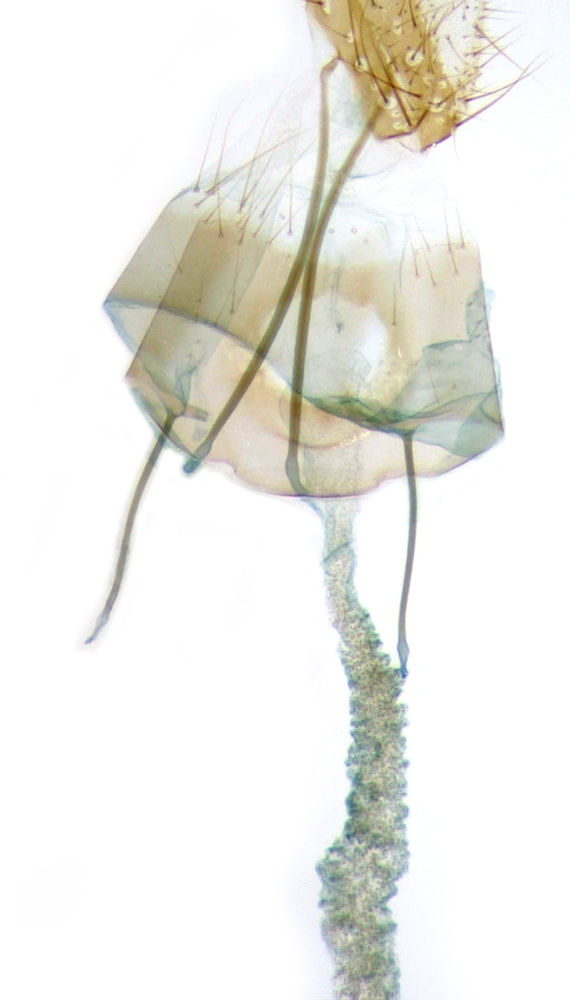 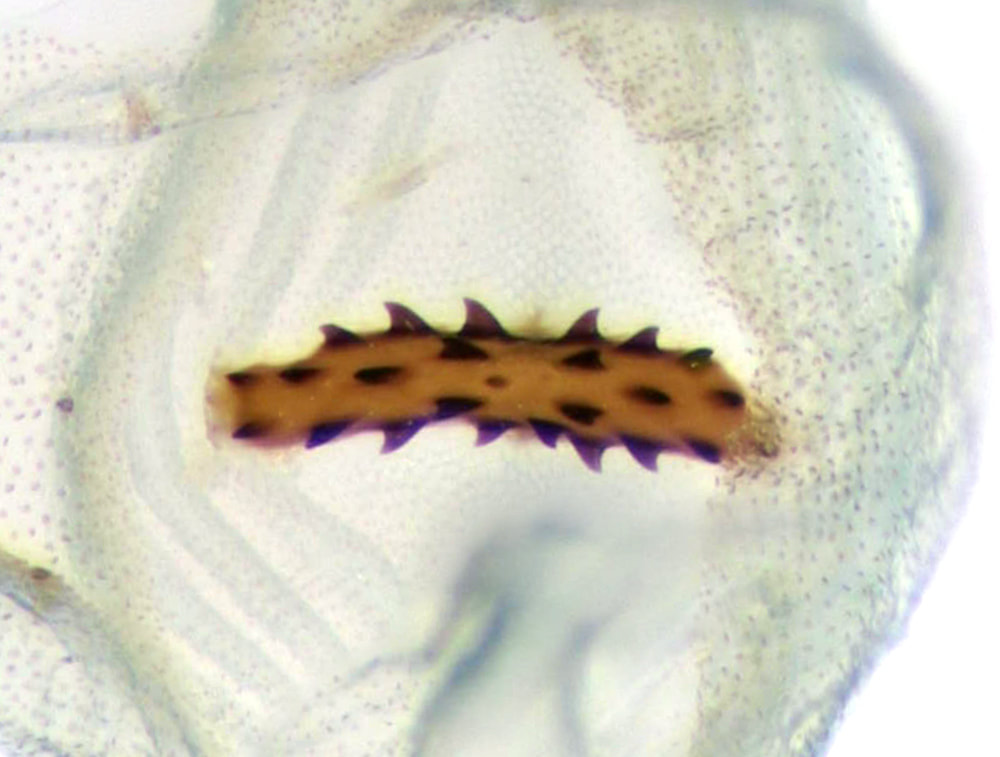 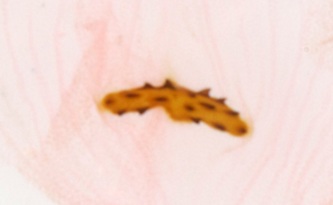