Stigmella microtheriella §1 female
ID: From the key in MBGBI1 - Forewing with white non-metallic fascia, without other pale spots; terminal cilia not abruptly white; fascia distal to midwing > 5 species which are distinguished as follows: S.malella - dividing line in terminal cilia; S.tityrella - purplish-fuscous fascia proximal to white fascia; S.microtheriella - forewing deep purplish fuscous (lighter bronzy-fuscous in the remaining 2 species); S.glutinosae - fascia slightly distal to midwing; S.betulicola - fascia well distal to midwing. I think this key narrows the choice down to S.microtheriella and S.betulicola and that these may be indistinguishable from the key without having them side by side to compare the colour. However the descriptions (p259&260) gives: collar leaden fuscous in ♂ and ferruginous in ♀ S.betulicola and ochreous-white in both sexes of S.microtheriella. This would seem to provide a more absolute means of distinguishing the species and suggests that §1 is S.microtheriella. (Note that images at Moth Dissection labelled as S.betulicola show a white collar). The descriptions also state that the apical area is darker purplish fuscous in all 5 species. (The listed flight seasons suggest that none of these species fly in June when §1 was obtained).
Female genitalia: Images are available at Moth Dissection for 4 of these 5 species (not S.malella). From these images it appears that the signa of S.betulicola are relatively short (occupying ~⅓ the length of the corpus bursae) while those of S.microtheriella are relatively long (occupying ~½ the length of the corpus bursae) (it is possible from the image at Moth Dissection that S.microtheriella shows one long and one short signum - in which case the ID of §1 is incorrect, but I am assuming for the moment that the posterior end of the apparently shorter signum is obscured). The images of S.glutinosae are slightly unclear but appear to show that one signum is significantly broader than the other.
<
> 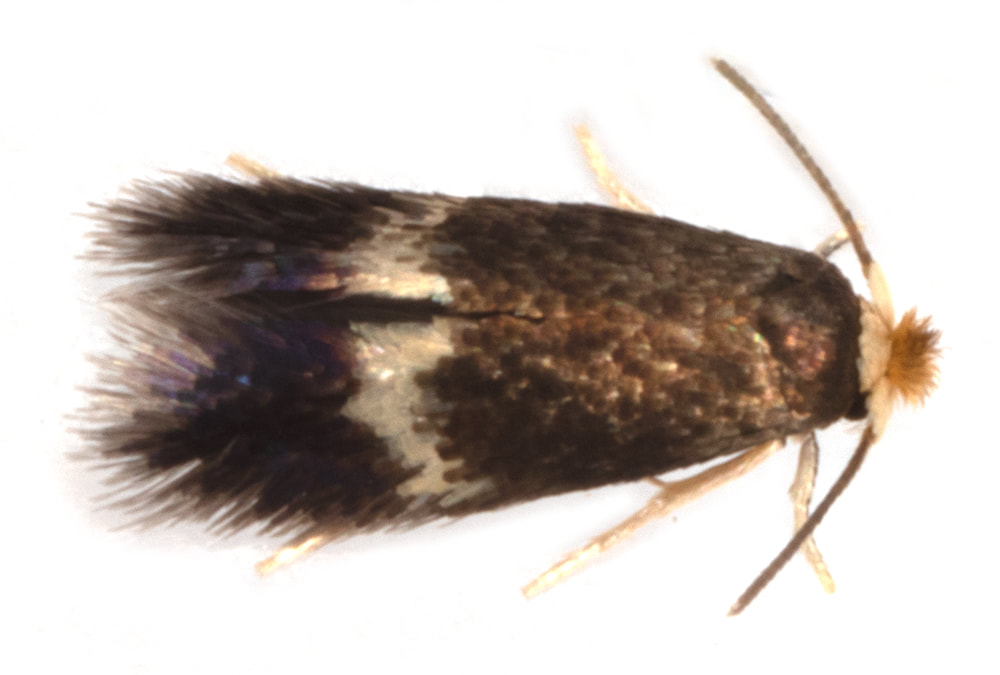 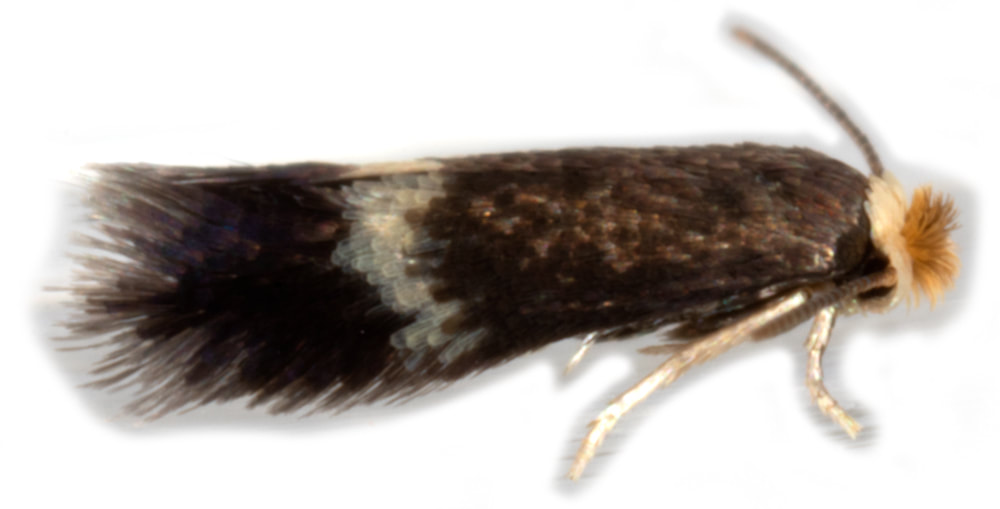 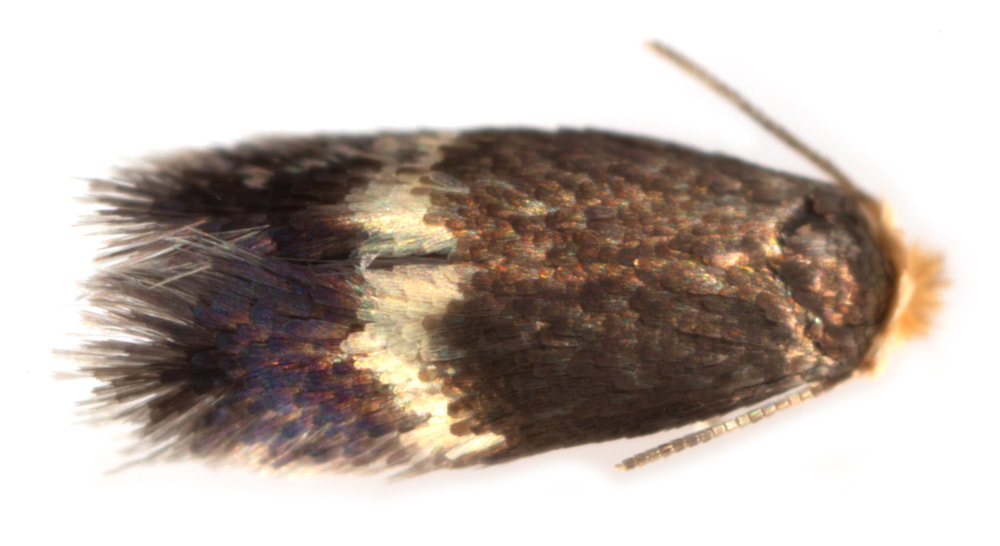 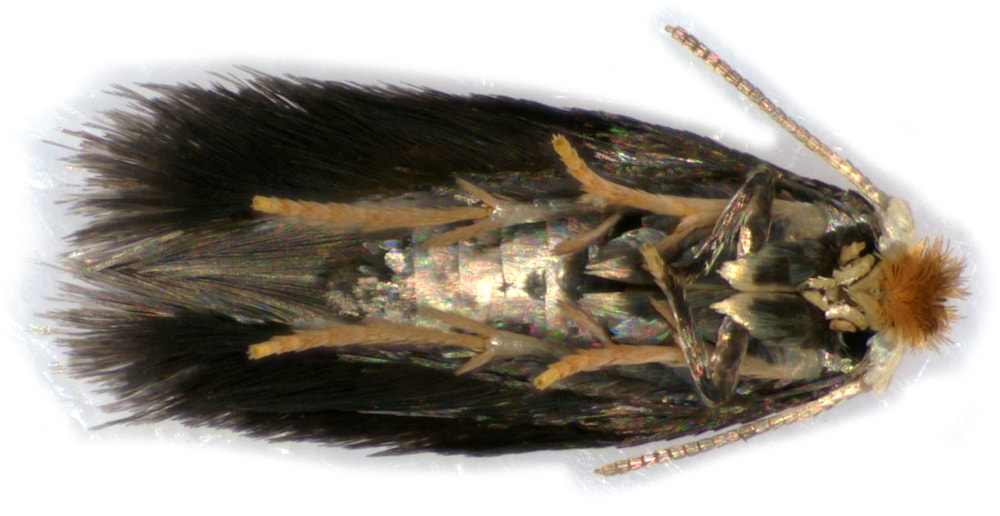 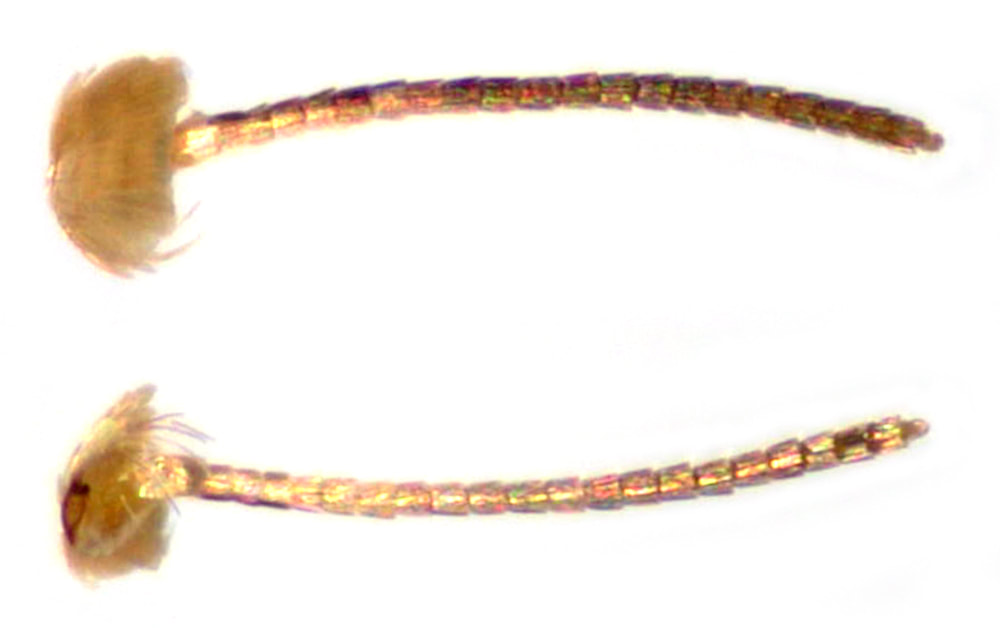 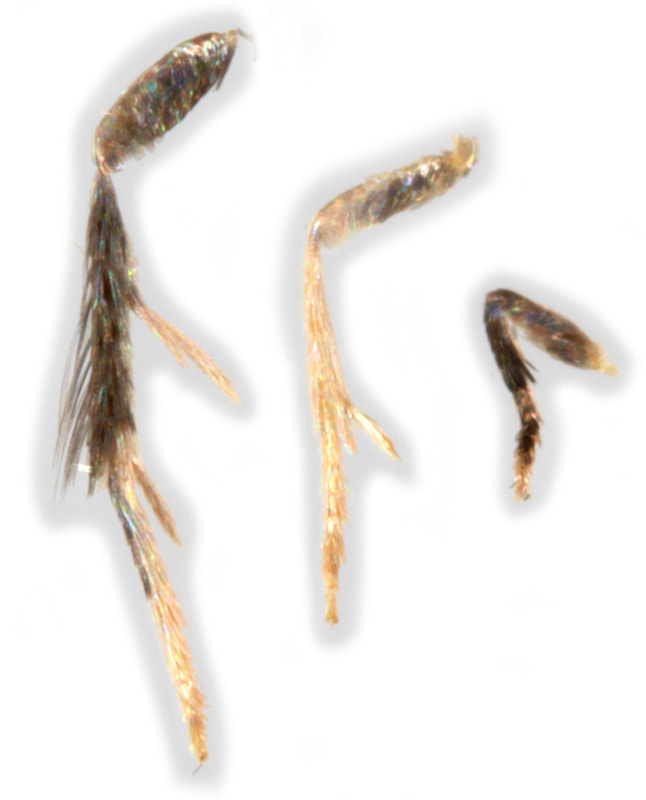