Coleophora milvipennis
ID: Plain forewing with a pale costa; antennae not ringed in apical portion > 7 species
Male genitalia: sacculus without a posterior process; sacculus ending in a curved lateral process that comes to a narrow point; subapical process present, about as long as wide > C.milvipennis. 4 species have plain forewing with pale costa and sacculus ending in a pointed lateral process with an additional subapical process. C.adjectella and C.badiipennella have the antenna ringed to the apex and ws 9-10mm (and so should be excluded by fw>5mm). C.alnifoliae has ws 12-13mm and has the antenna unringed in the apical portion; its subapical process is about twice as long as wide. Note that the subapical process is directed medially from the plane of the valva so that its full length cannot be seen with the valva set flat. In the gallery below an image is shown of the valva of §4 orientated to show the full extent of the subapical tooth. In this specimen the subapical tooth is ~1.5x as long as wide. Its aedeagus looks the same as in §1, the image of the aedeagus of C.alnifoliae at Dissection Group shows a more rounded less sclerotised apex and birch are present rather than alder at the trapping site.
Female genitalia: Subgenital plate transverse; introitus not sclerotised; ostium arising from incision in posterior margin which extends almost to anterior margin; signum moderate, base plate with irregular margin, spike as long as the width of the base plate.
§6 is somewhat atypical in having antennae with rings discernible to apex, and in the signum having a regular margin and the spike being longer than the width of the base plate. 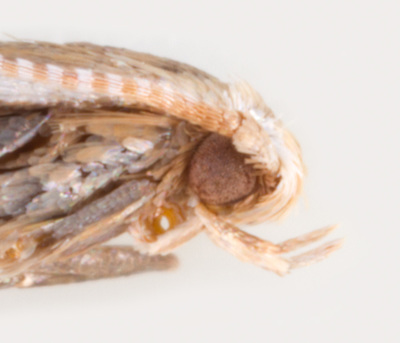 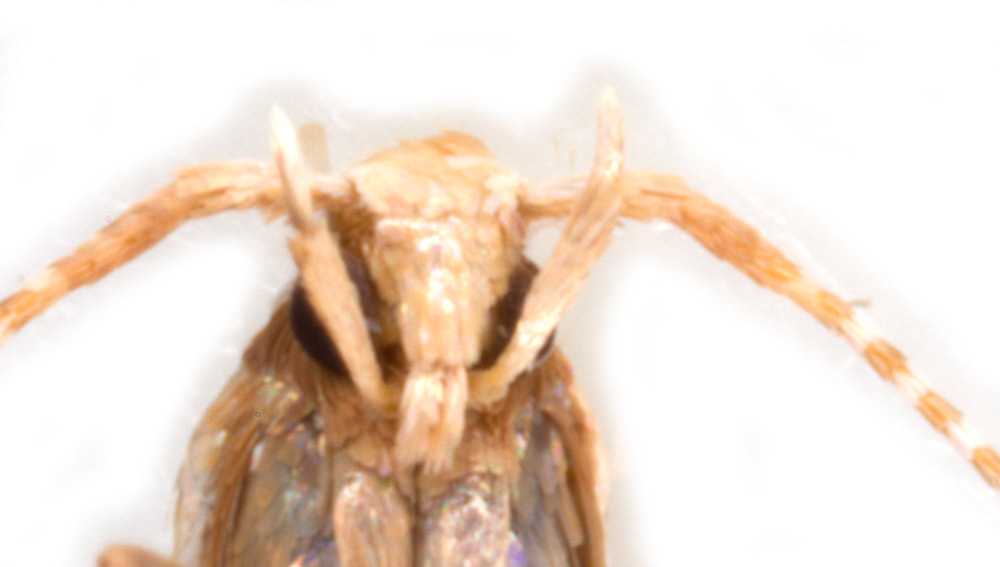 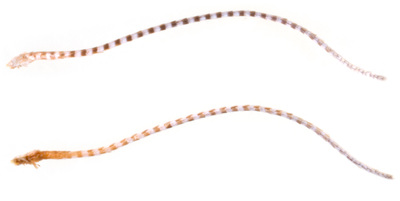 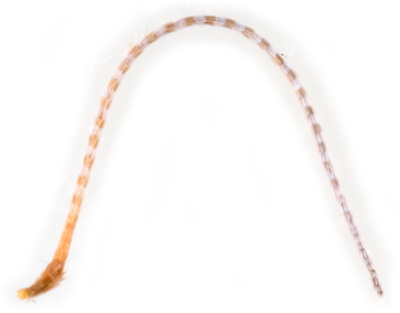 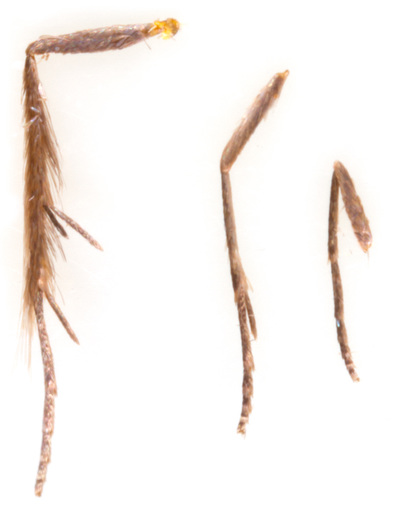 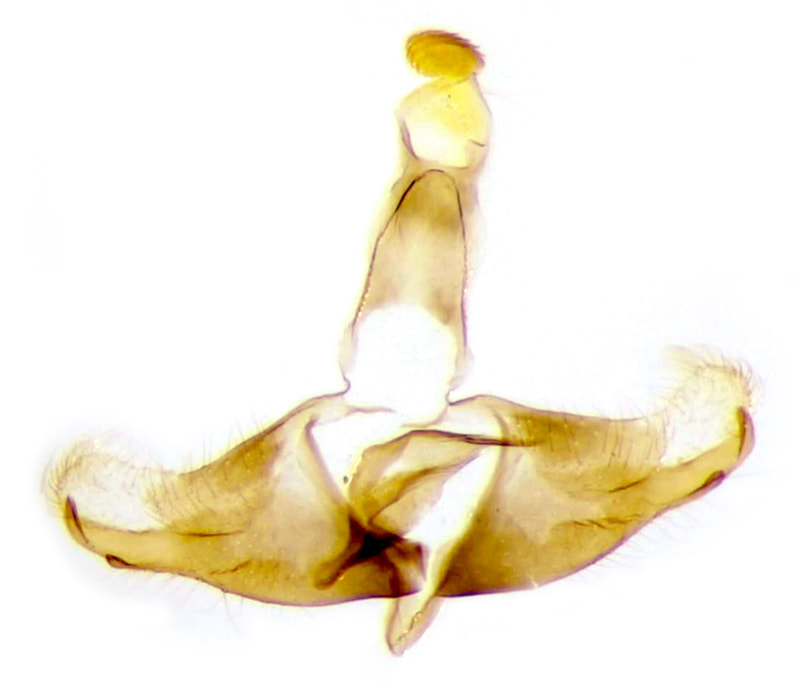 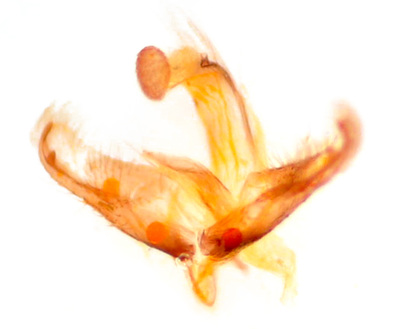 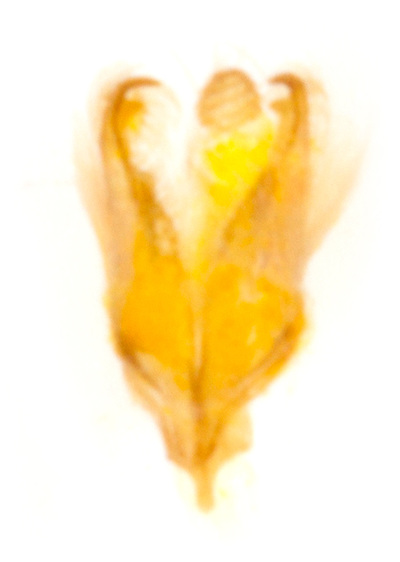 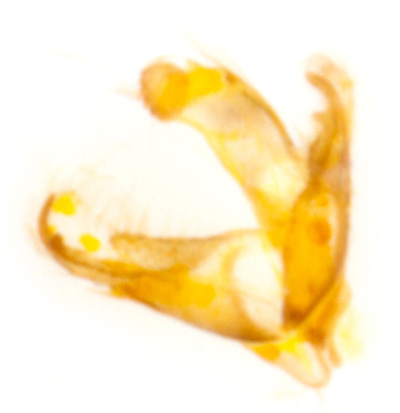 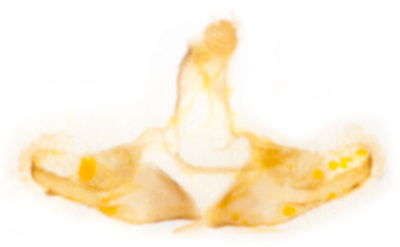 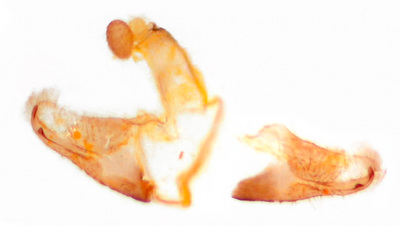 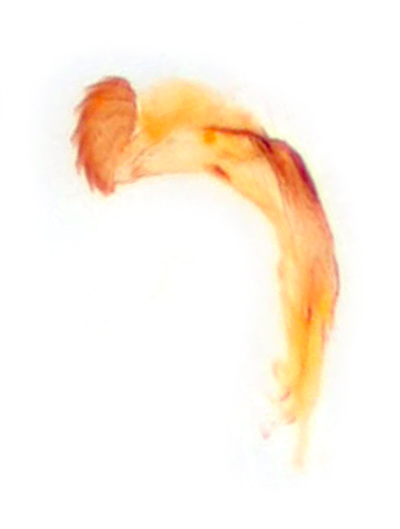 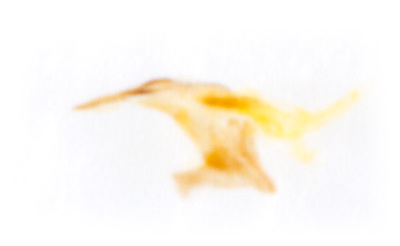 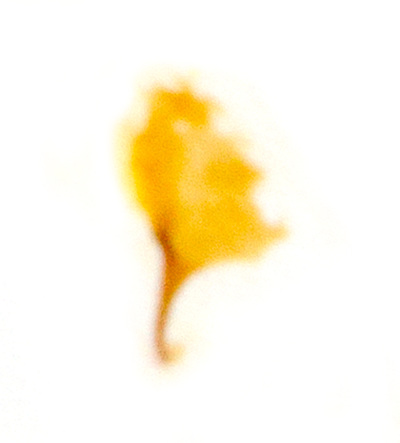 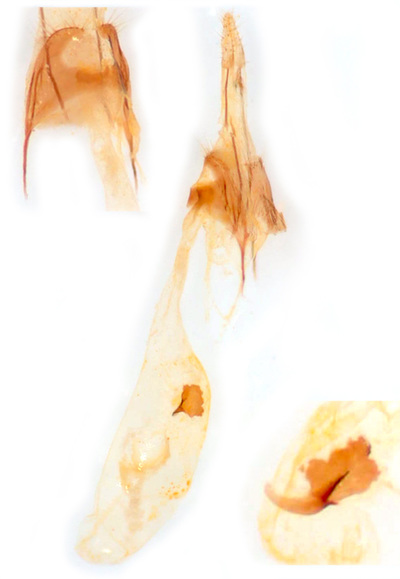 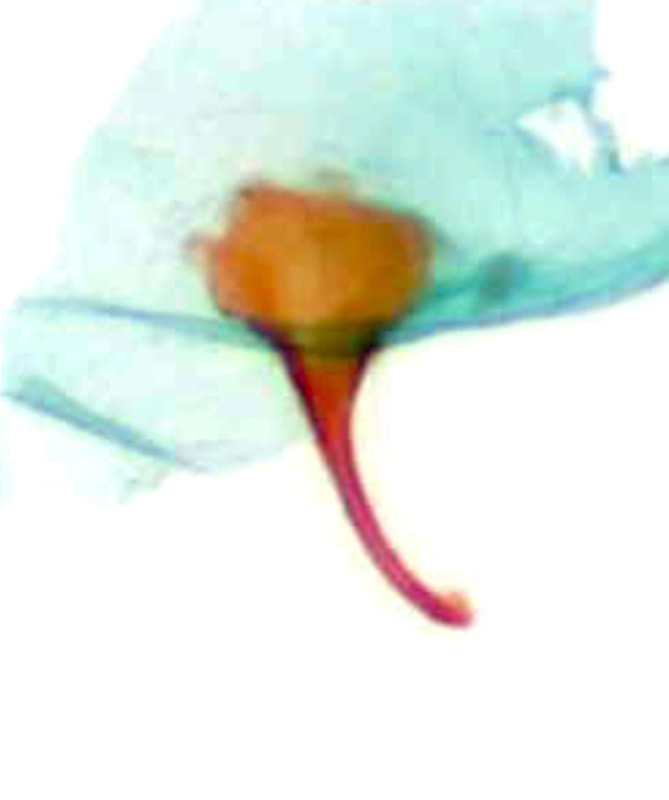 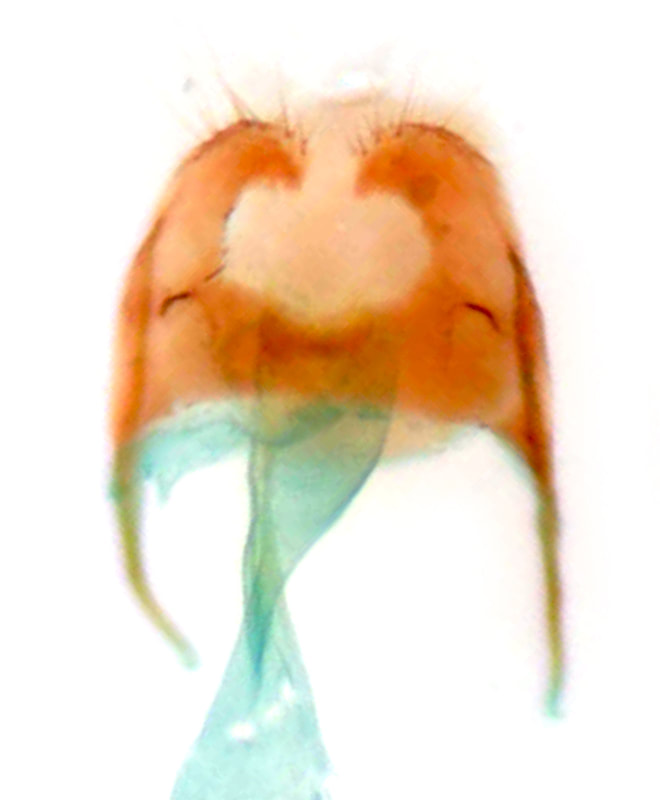