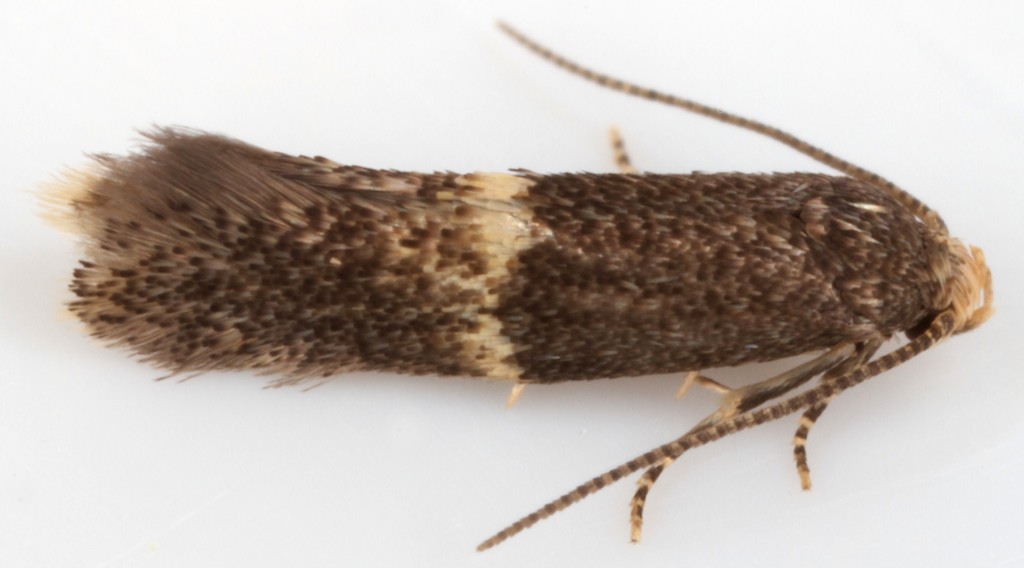 Elachista obliquella §1 male
ID: Group D - forewing dark with a single pale transverse fascia at 1/2 > 6 species.
These 6 species divide into 2 groups of 3 based on the frons being white to ochreous in E.adscitella/obliquella/gangabella and grey-brown or darker or mottled in E.bisulcella/unifasciella/cingillella. In E.obliquella and E.adscitella the terminal cilia are ochreous-white while in E.gangabella the apical cilia are concolorous with the forewing.The key inMBGBI3 separates E.obliquella/adscitella on the basis that in E.adscitella the vertex and neck tufts are ochreous-white while in E.obliquella only the frons is white. However the description of E.obliquella then states "frons ochreous-white, slightly brownish on vertex, neck tufts ochreous but brownish at tips". There may be a slight difference in the forewing fascia whose margins are "rather ill-defined" in E.obliquella and "sometimes almost obsolete halfway across the wing, with proximal edge more clearly defined than distal" and usually broader in female in E.adscitella. However, genital dissection is needed to confidently separate these two species.
Male genitalia: The shape of the juxta is distinctive and sufficient to identify this species - each lobe has a prominent angle halfway along its outer edge and then gradually narrows towards its apex. The deep narrow notch in the uncus, a notch in the dorsal margin of the valva, the lack of any (saccus) process of the vinculum and the aedeagus curved at the apex and without cornuti are confirmatory features. 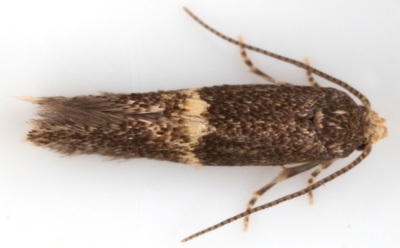 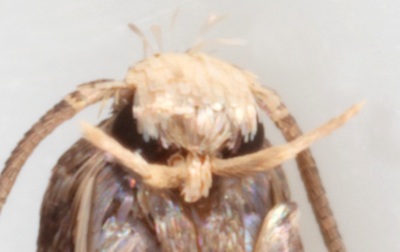 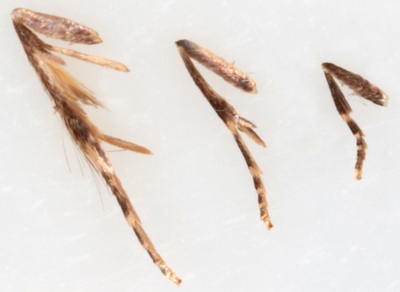 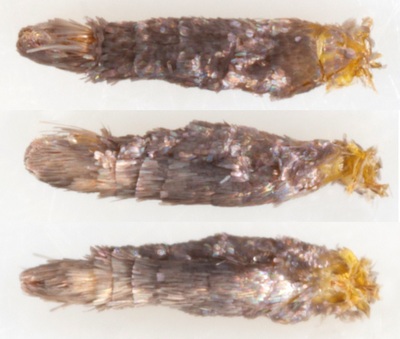 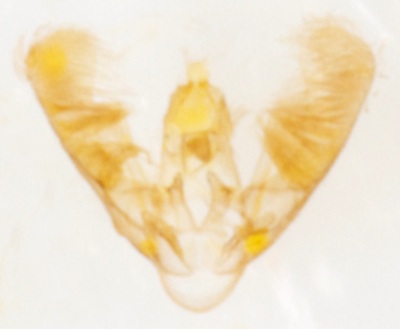 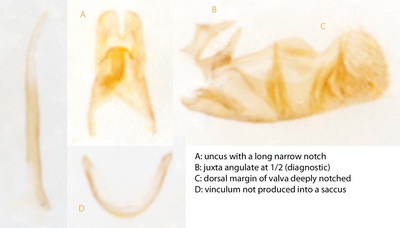 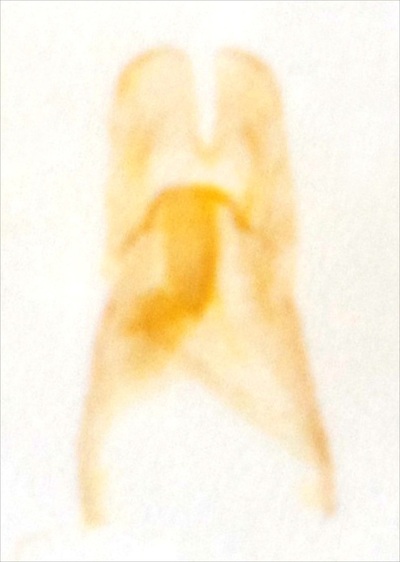 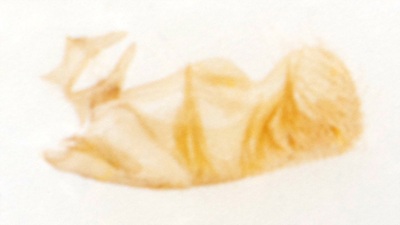 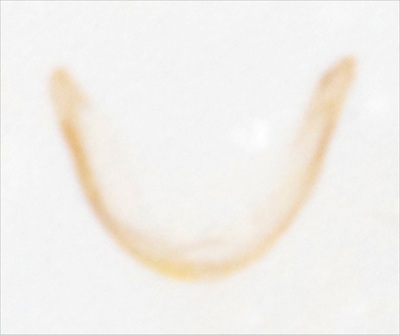